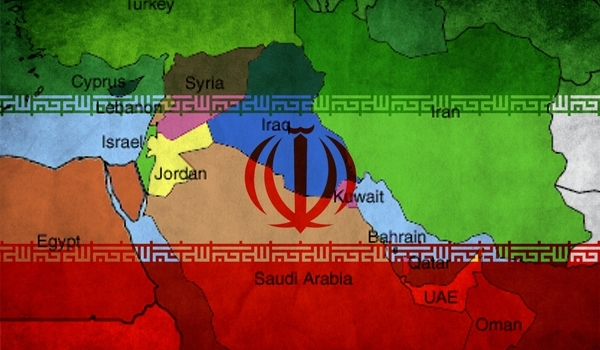 Iran is not alone at all in these difficult times

Tehran Times | Martin Love: Iran has been “Iran” for a long time. Yes, I have read Herodotus and other historians about ancient Iran, and other historians in periods since. So while full condemnation of whatever forces are keeping Iran in the 21st century from reaching its full potential economically or as a society or both is perfectly justified, one ought not to worry about Iran longer term.

Iran will be Iran with a clear Iranian identity a lot longer than the United States will remain an intact nation, and in fact, even now, there are people in parts of the US that would like to become independent of Washington.

And so would many countries in Asia and Latin America be pleased to witness the diminution of US economic and military power which, particularly during and since the Vietnam War has wreaked such havoc and carnage across the globe.

It is anyway difficult to pinpoint exactly when the US began to stumble badly as a generally beneficial actor on the world stage. We know, for example, that the US played a key role in the defeat of Nazi Germany and imperialistic Japan and their allies during World War 2, and this was all to the good, despite the unnecessary use of two atomic bombs dropped on Japan. After the war the US helped rebuild Europe, and eventually Japan, too, but not with unselfish motivations. During the Cold War with Russia that country was eventually obliged to withdraw from Eastern Europe. Communism was more or less defeated while Russia had to hunker down deeply and repair itself to reemerge, as it has to some degree, as a world “power” under Vladimir Putin. But the handwriting was on the wall as early as 1953 with the US and British plot that brought down democratically elected Iran’s Mossadegh, and reinstalled the Shah. Until the Revolution in 1979, Iran was a firm “ally” of the US, and in general the “alliance” of almost ANY country with the US was thereafter based on one thing alone: not any kind of give and take of competing interests, but complete subservience to US economic and military power or else any country balking as such subservience would be branded an enemy ripe for sanctions, economic warfare and even war itself. So it has been for my lifetime so far, but where, really do things stand now?

Even while the US is at the apex of its military power with its vast spending, the foundations, particularly the economic foundations to sustain power, are slowing rotting away. When former President Richard Nixon took the US fully off the gold standard in 1971, he opened the door to an ungoverned spending spree with “money” conjured from thin air the likes of which the world had never seen before. Current debts are unsustainable, and unfunded liabilities ahead in the US may top $200 trillion. Deficit spending under Trump, and the recent tax cuts, suggest deficits above $1 trillion every year for the next decade at least. This will likely trigger a monetary crisis where the dollar is deeply devalues and loses its “exorbitant privilege” as the world reserve currency. The two core government programs, aside from the military spending, benefitting Americans have long been Social Security and Medicare. They are also a big hit to the US financial situation, and current estimates say both Medicare and Social Security will be bankrupt or insolvent within the next 15 years. Take either away from Americans and political upheaval, even some sort of revolution, is likely.

In fact, what we see now in the US with the erosion of civil liberties, surveillance of citizens, the rejection of Constitutional mandates and more, is little more than the efforts by the “elites” to forestall a political upheaval or revolution by the bewildered US masses who are sinking deeper into relative poverty, just as many other countries, including Iran, suffer economically because of US power. Meanwhile, in the Middle East, both Saudi Arabia and Israel, the prime allies of the US in the region, are increasingly on shaky ground both economically and morally. But what does this mean for Iran?

Iran is in for a rough(er) patch going forward, for a while, and so are many other countries both in the Middle East and elsewhere such as Latin America and Asia. Iranians ought not to feel alone is this difficult time of transitions. So are US citizens facing hard times ahead, and Iranians should not condemn Americans generally, I daresay. Many in the US feel powerless and afraid, too, because of Washington’s and Wall Street’s insane policies to control and maintain the narrative, along with its corrupt allies like Saudi Arabia and Israel. Fortitude and unity must be paramount, particularly in Iran. But this means that Iran’s “elites” must also be willing to accede to the wishes of Iranian citizens generally, and use this difficult period to self-reflect and shore up internal support not with batons and bullets, but with a genuine willingness to vanquish corruption and above all listen attentively to all Iranians. If Iran’s leaders can do this successfully, and foster internal unity and support, then in time, the current difficulties will abate and Iran, as a vital part of a rising Eurasia under Chinese and even Russian leadership, will find itself in much better shape than it currently is as a resource and culturally rich country that deserves far better than what an imperial US has been meting out for decades since World War 2.