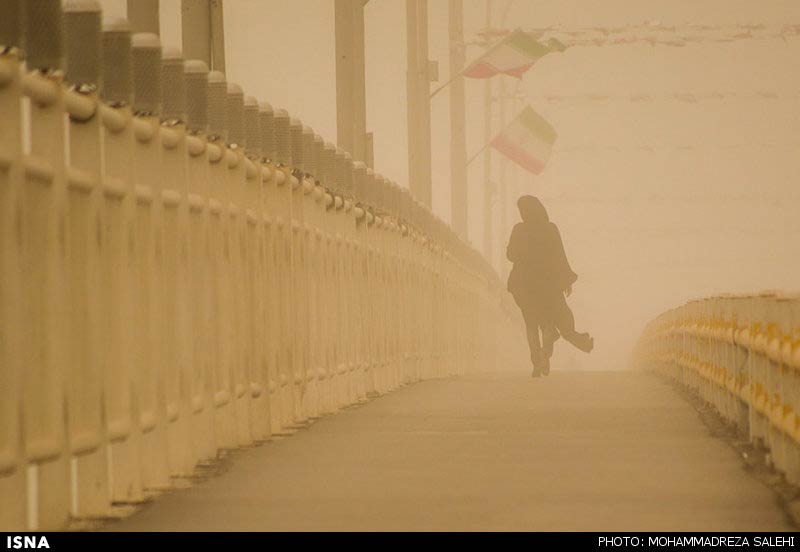 Tasnim – Many cities in Iran’s southwestern province of Khuzestan, including capital Ahvaz, have been inundated by plumes of smoke from neighboring Iraq, where reed beds of a border lagoon are blazing.

While the cities of Khuzestan are contending with unbearable temperatures and shortage of fresh water in long days of summer, a pall of smoke has hung over many areas of the energy-rich province.

Since Monday evening, a pall of smoke with burning smell has blanketed Ahvaz and other cities, making people complain of burning eyes and respiratory problems.

Speaking to Tasnim on Tuesday, a crisis management official at the provincial governor’s office said the thick pall of smoke is caused by a fire in the reed beds of the Iraqi side of Hoor al-Azim lagoon.

He said diplomatic officials from Iran and Iraq are going to meet to coordinate efforts for extinguishing the lagoon fire.

Meanwhile, head of the environmental protection department of Khuzestan said satellite images show that wind flow has pushed the smoke from the fire in Iraq to the cities of Khuzestan, some 150 km away.

According to the images, 9,000 to 10,000 hectares of Hoor al-Azim lagoon in Iraq have caught fire, Ahmad Reza Lahijanzadeh added.