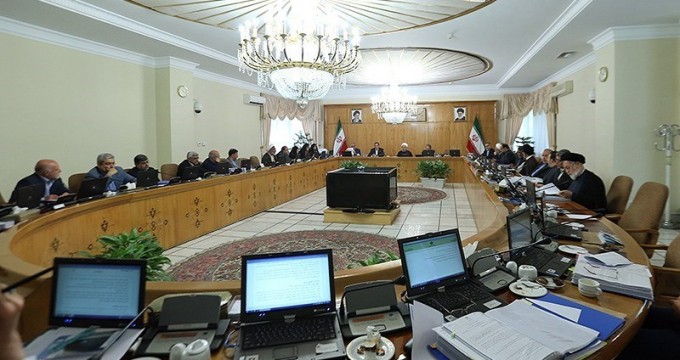 MNA –Following the return of FM Zarif to Tehran, his meetings in Vienna and the package offered by Europe were discussed at the cabinet session on Sunday evening.

The cabinet session of the Iranian government on Sunday evening was focused on reviewing the package of proposals offered by the European partners to the JCPOA.

During the meeting chaired by President Hasssan Rouhani, the foreign ministry briefed the cabinet with the details of the latest negotiations held in Europe.

Also at the same meeting, every ministry was tasked with following up the case of Europeans’ commitment to the agreement to see if they have honored their commitments in different sectors.

Foreign ministers of Iran, France, Germany, Russia, Britain and China convened in Vienna to discuss the ways to preserve the 2015 nuclear deal after US exit from the agreement. This was the first meeting of JCPOA joint commission after the US withdrawal from the agreement.

The US president announced on May 8 that Washington was withdrawing from the nuclear agreement and that he plans to reinstate US nuclear sanctions and “the highest level” of economic bans on Iran. The Friday Joint Commission’s meeting attended by foreign ministers of the five remaining parties to the JCPOA as well as EU’s foreign policy chief Federica Mogherini was an attempt to ensure Iran that cooperation under the nuclear deal would continue to serve Iran’s economic interests in spite of US sanctions.