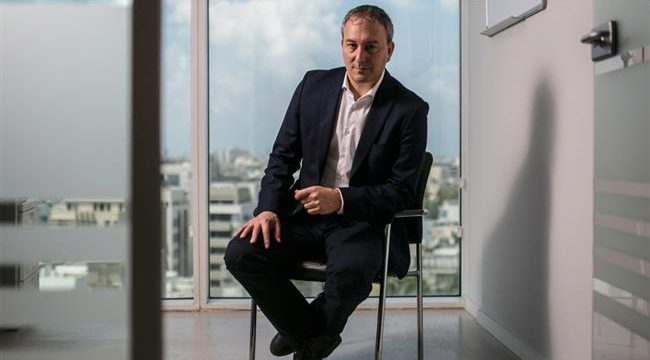 Press TV – Former Israeli deputy national security adviser Eran Etzion has warned Tel Aviv “not to become entangled with Iran directly” as he expressed alarm over frictions between the two sides in Syria.

“Something dramatic is happening in Syria: For the first time, there is direct military friction between Israel and Iran,” Israel’s Haaretz newspaper quoted Etzion as saying.

“There is now a higher probability than ever before of deterioration into an open war, which could take all kinds of different forms,” he added.

An Israeli airstrike against the T-4 airbase in Syria’s Homs Province on April 9 killed more than a dozen people, including seven Iranian military advisers. Iran has pledged that it would punish Israel for the deadly air raid.

“[Prime Minister Benjamin] Netanyahu is constantly harping that our goal is to remove the Iranians from all of Syria, and everyone involved is echoing him. That goal is simply not within our power, and insistence on it is liable to generate a war in what is a very unstable environment, involving Iranians, pro-Iranian militias and Hezbollah, with Turkey also meddling,” he added.

Over the past few years, Israel has frequently attacked military targets inside Syria in an attempt to prop up terrorist groups that have been suffering defeats at the hands of Syrian government forces.

Tel Aviv has also been providing weapons to anti-Damascus militants as well as medical treatment to the Takfiri elements wounded in Syria.

Iran has been offering military advisory support to Syria at the request of the Damascus government, enabling its army to speed up its gains on various fronts against terror outfits.

Asked who is stronger Iran or Israel, he said, “The question is how you measure strength. There’s a key term called ‘strategic depth,’ which the Iranians used not long ago, precisely in the context of this friction.”

“A senior Iranian figure said that Israel should be careful, because it has no strategic depth. You really have to go to the basics and look at the geography, the demography and the history. Israel possesses military power, but Iran has tremendous geography, a population of 80 million and a history going back thousands of years. It’s a civilization.”

Referring primarily to the 2009-2013 period, when the idea of an Israeli assault on Iran’s nuclear facilities was under discussion, Etzion said he was very concerned.

“I dealt with that subject a great deal both in the National Security Council and when I was in the Foreign Ministry,” he said.

“There are things I can’t talk about, but if my wife were sitting here, she would tell you how many sleepless nights I had. And not because I was in the office working. Simply from deep concern.”

Elsewhere in his remarks, he stressed that the nuclear deal signed between Iran and the P5+1 group of countries in 2015 was “not bad”, adopting a stance which is contrary to that of Israeli Prime Minister Benjamin Netanyahu.

“The agreement, in my view, as is the view of the overwhelming majority of experts on the subject, is not bad. Netanyahu labeled it a bad agreement and launched a war around the headline, ‘Better no agreement than a bad agreement.’ But the good agreement, in which Iran abandons its entire nuclear capability and closes all its nuclear studies faculties, etc., just doesn’t exist.”

In May, US President Donald Trump announced Washington’s pullout from the Joint Comprehensive Plan of Action (JCPOA) and vowed to reinstate nuclear sanctions on Iran. Netanyahu hailed Trump’s decision, calling the accord a “recipe for disaster.”

Under the deal, which entered into force in January 2016, Iran agreed to limit some aspects of its peaceful nuclear program in exchange for the removal of all nuclear-related sanctions.