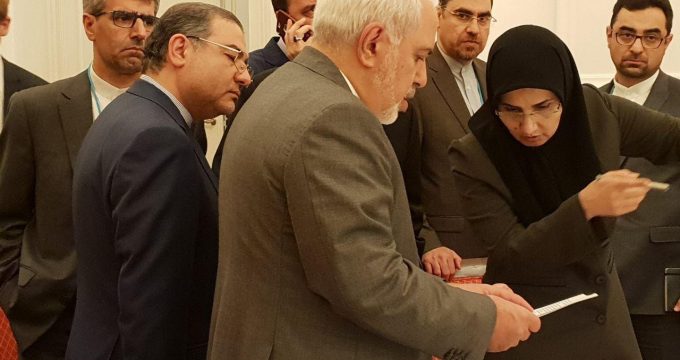 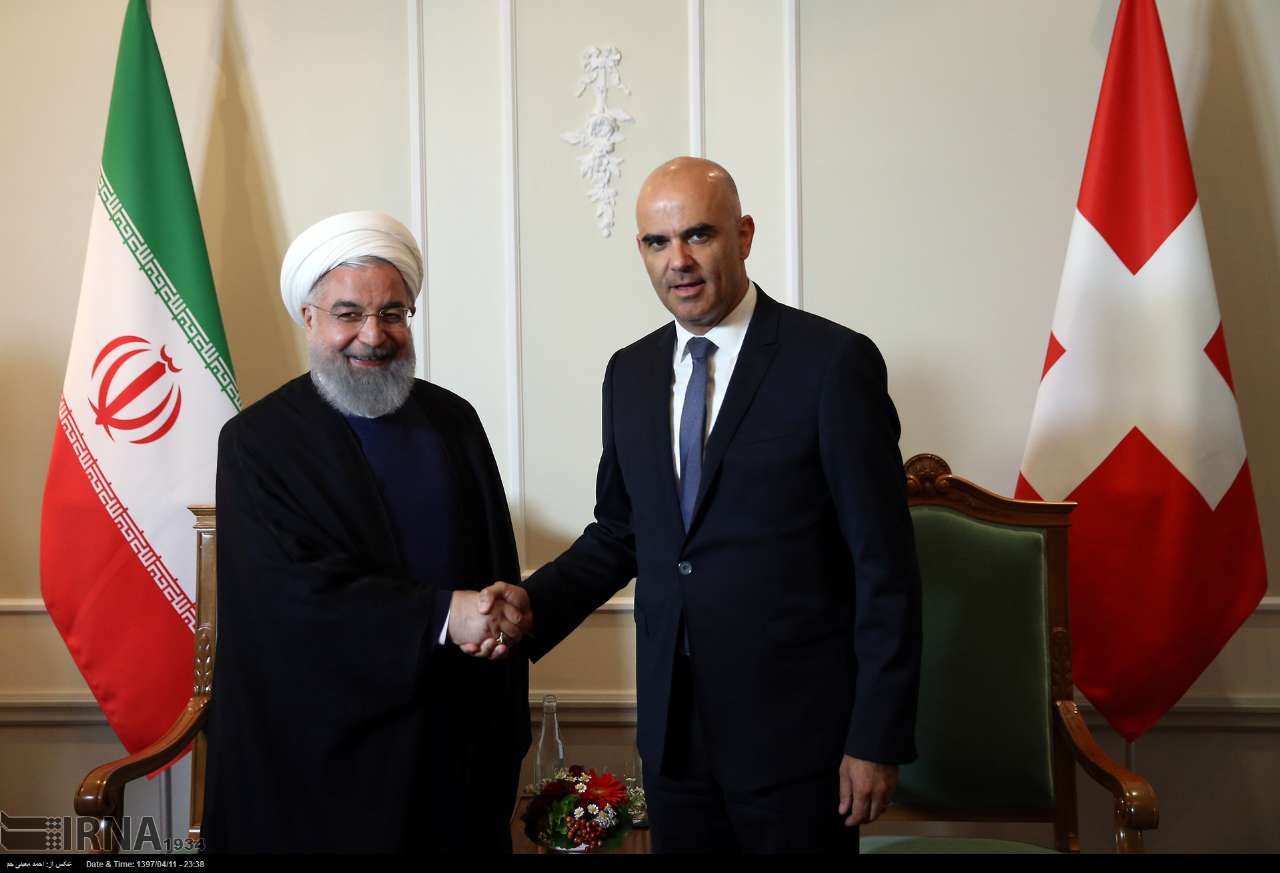 The President of the Islamic Republic of Iran Hassan Rouhani has met Swiss Counterpart Alain Berset on Monday night and discussed ways of expanding relations between the two countries in all areas of mutual interest. 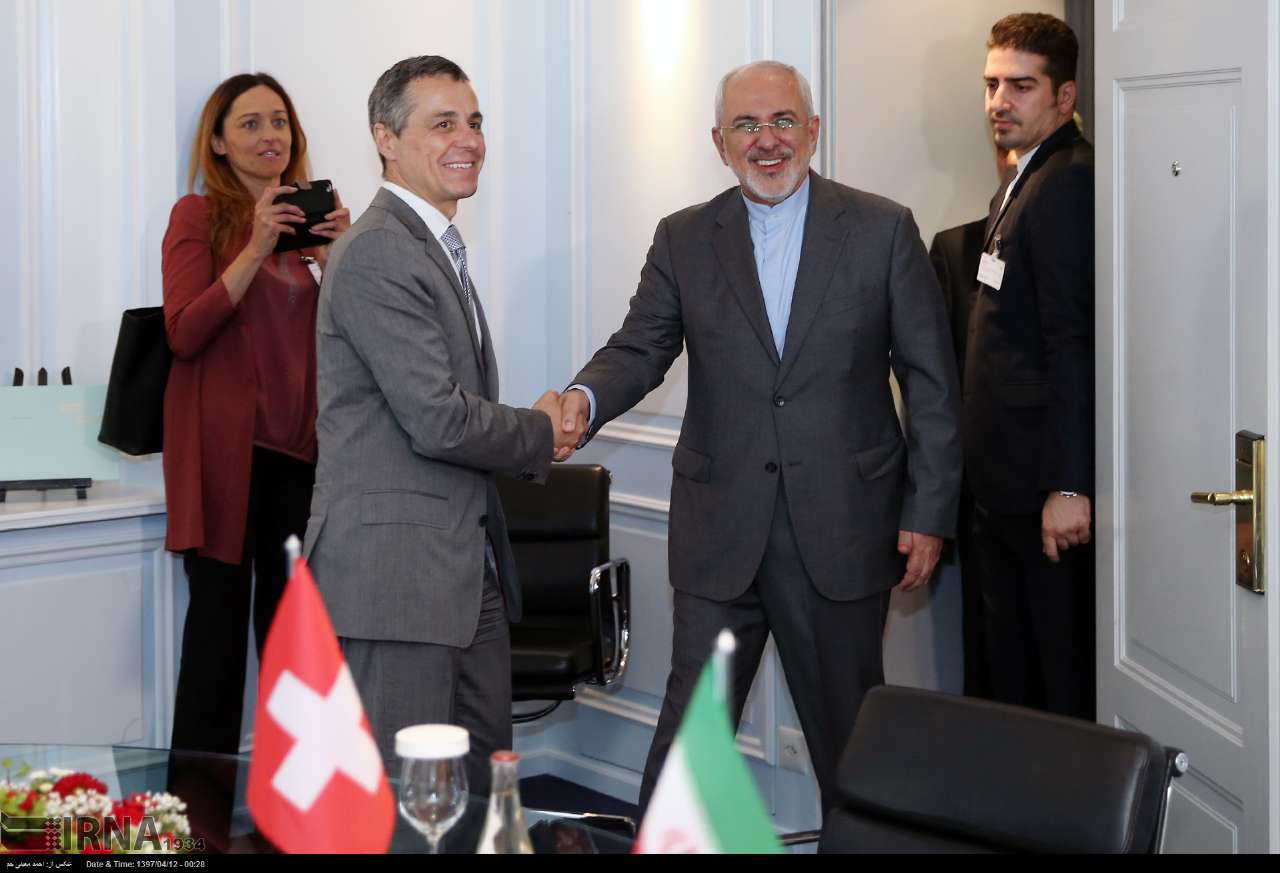 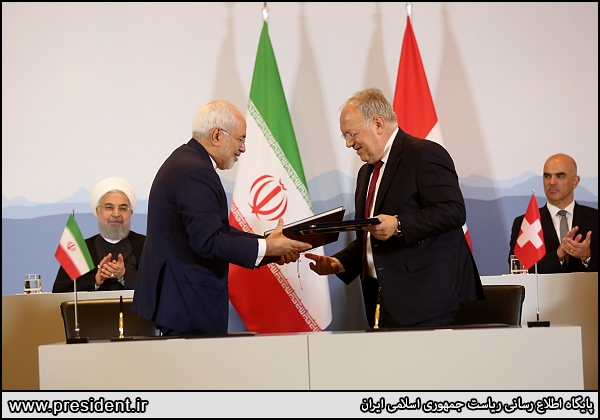 Two declarations of scientific and health cooperation and a road transport cooperation agreement were signed between the two countries in the presence of the presidents of Iran and Switzerland. 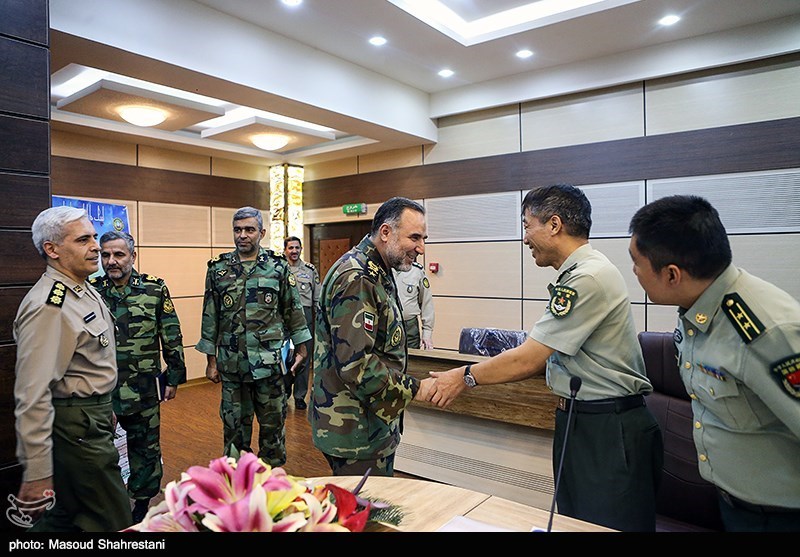 A visiting delegation from China’s Ministry of National Defense held talks with Commander of the Iranian Army Ground Force Brigadier General Kiomars Heidari on boosting the defense ties between Tehran and Beijing. 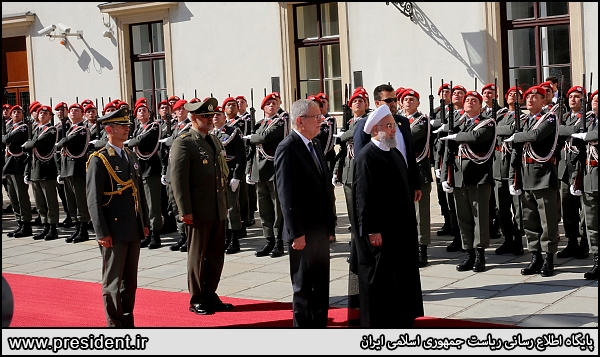 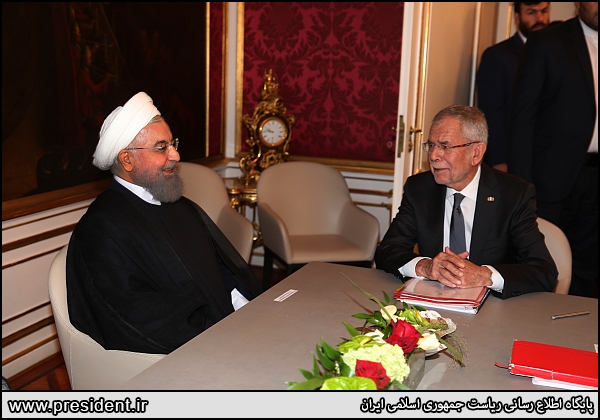 The President of the Islamic Republic of Iran Hassan Rouhani has met Austrian Counterpart Alexander Van der Bellen on Wednesday. 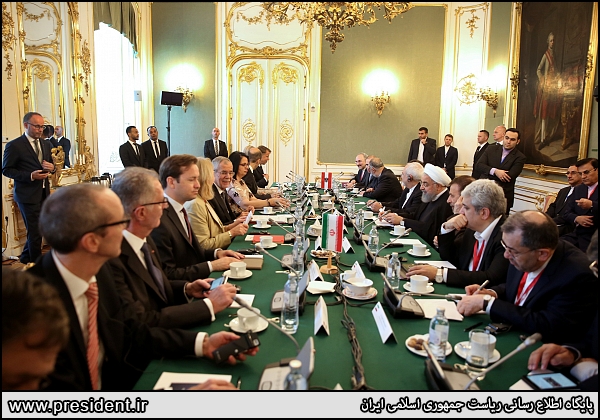 Presidents of Iran and Austria referred to the importance of taking advantage of the ample capabilities and potentials for development of relations between the two countries and stressed that the nuclear deal must be kept alive and US’ unilateralism must be confronted. Speaking at the meeting of high-ranking delegations of Iran and Austria on Wednesday, President Hassan Rouhani said: “Iran and Austria have good positions in West Asia and the European Union and can take advantage of their positions to further develop regional and international cooperation”. 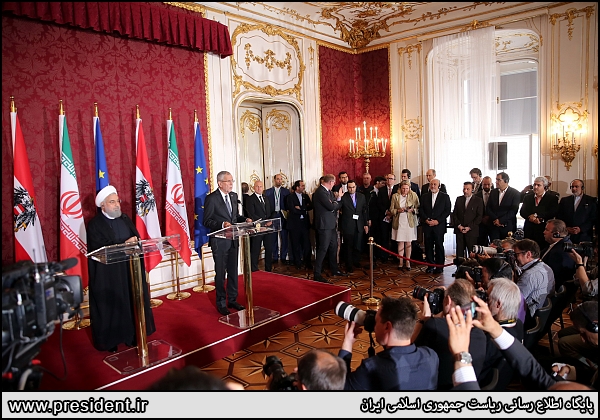 Presidents of Iran and Austria hold presser in Vienna on Wednesday. 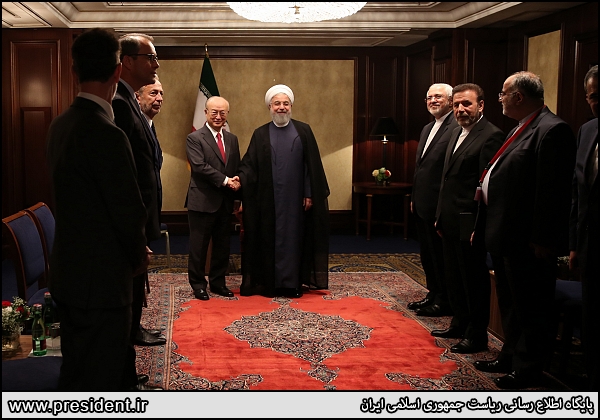 During second leg of his European tour, Iranian President Hassan Rouhani has met with IAEA Director General Yukiya Amano in Vienna on Wednesday. 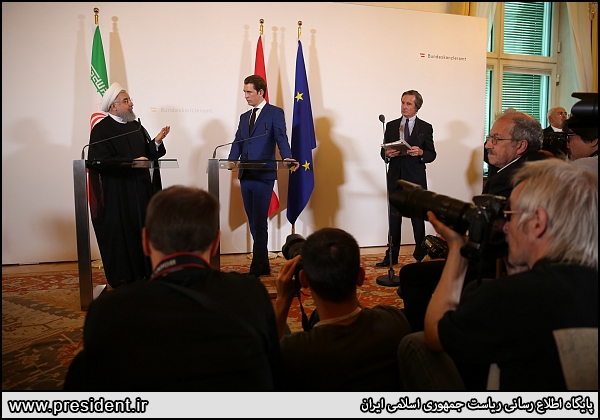 Speaking in a meeting with Cardinal Schönborn on Wednesday in Vienna, President Hassan Rouhani said: “The manifestations of the material world are diverse today, and we must be able to convey spirituality and religion to young people with new and attractive methods”. 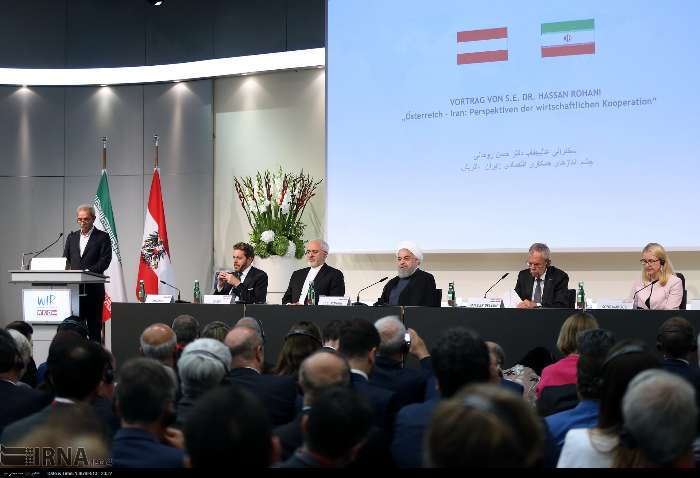 The 9th meeting of Iran-Austria Joint Economic Committee was held in Austria on Wednesday in the presence of Iranian President Hassan Rouhani, a delegation from Iran Chamber of Commerce, Industries, Mines and Agriculture (ICCIMA) and representatives from 88 Iranian companies and organizations. 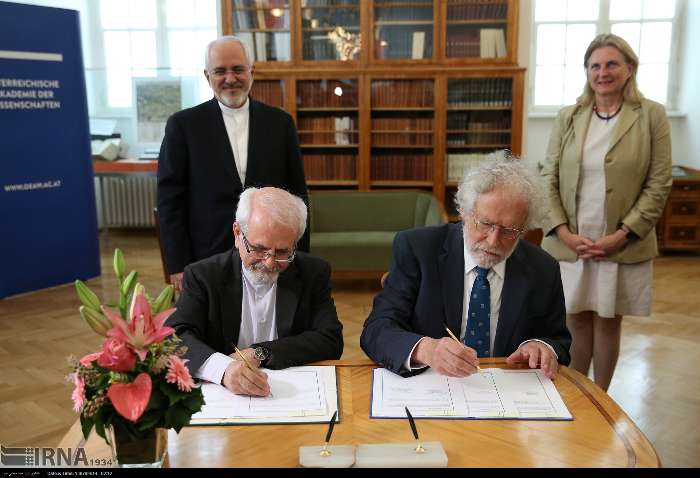 Iran, Austrian Academy of Science sign MoU to boost bilateral ties in Vienna on Wednesday. Also Iranian Foreign Minister Mohammad Javad Zarif delivered a speech in Austria celebrating 160 years of diplomatic relations between Iran and Austria since the signing of the first friendship treaty in 1858. 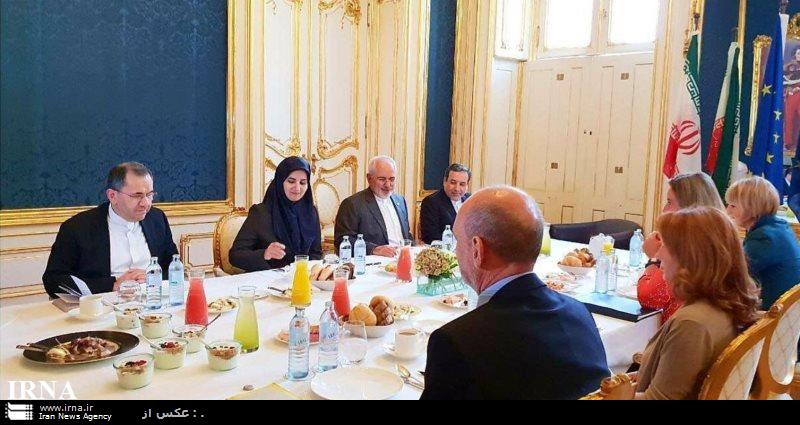 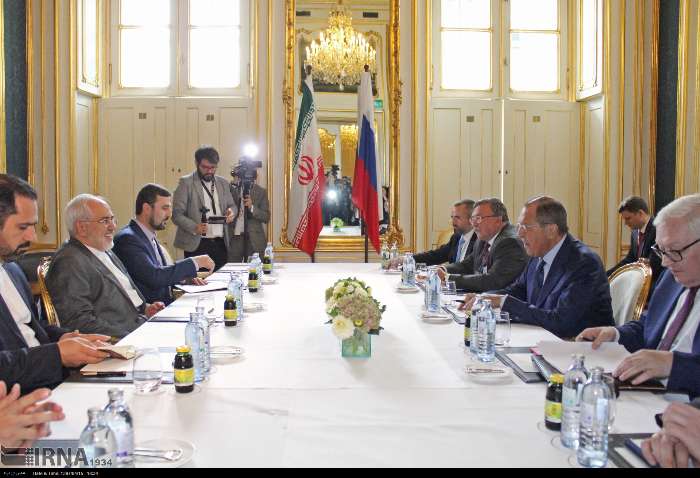 Iranian foreign minister met with his Russian counterpart on Friday and discussed the future of nuclear deal, known also as the Joint Comprehensive Plan of Action (JCPOA) reached between Iran and world powers in 2015. 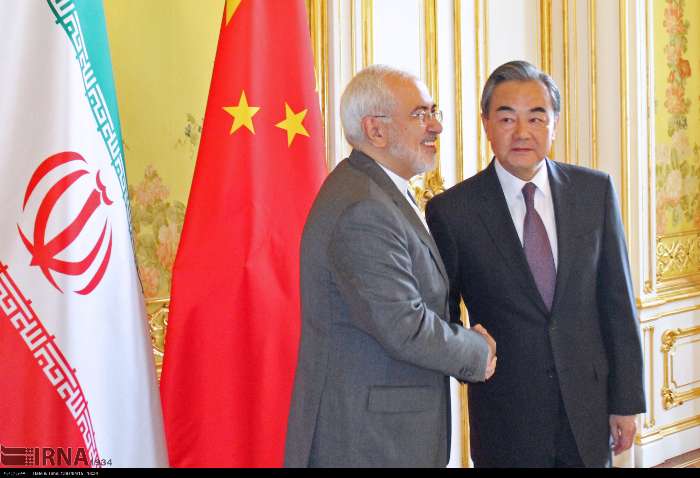 While senior diplomats from Iran, the Group 4+1 (Russia, China, Britain, France and Germany) and the EU have gathered in Vienna to discuss the future of the Iran nuclear deal, Iranian Foreign Minister Mohammad Javad Zarif had a meeting with his Chinese counterpart. 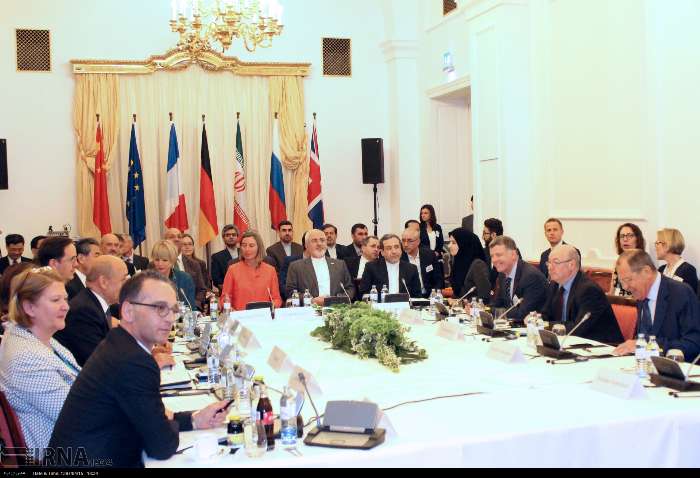 The Joint Comprehensive Plan of Action (JCPOA) joint commission meeting kicked off in Vienna’s Cobourg Hotel on Friday to discuss the future of this multilateral agreement. 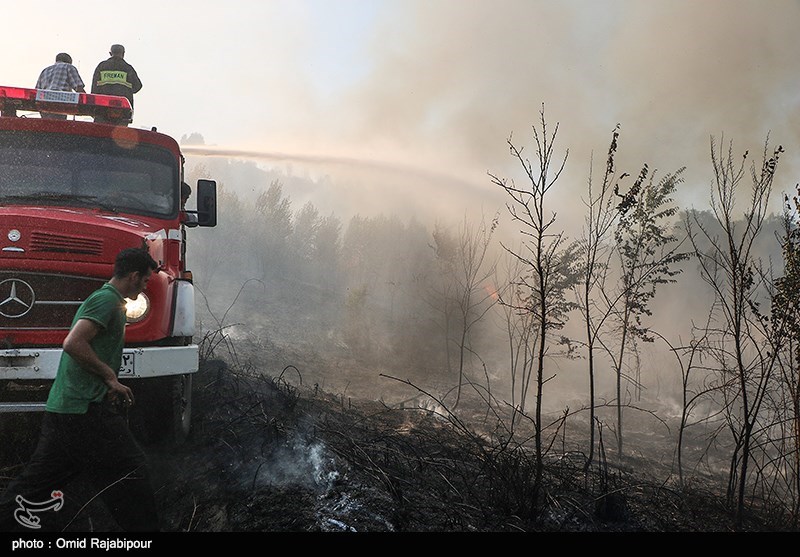 Iranian firefighters are battling a wildfire which broke out on Monday afternoon at tea fields in Langarud County in the northern province of Gilan. 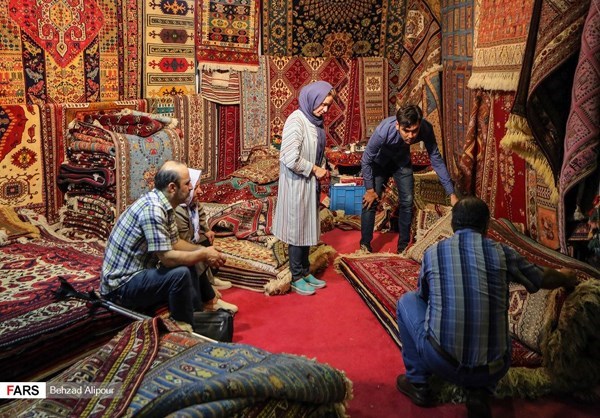 The 13th Persian Handmade Carpets and rugs Exhibition was held in Hamedan province.