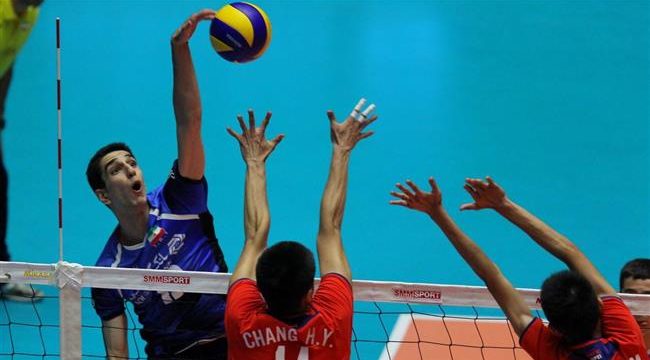 Press TV – The Iran men’s national under-18 volleyball team has put a satisfactory end to its campaign at the 2018 Asian Boys’ U18 Volleyball Championship, and ranked third at the end of the continental event.

On Friday and the final day of the tournament at the indoor Shahid Poursharifi Arena in northwestern Iranian city of Tabriz, the Iranian team defeated the Chinese Taipei squad 3-1 (25-23, 21-25, 25-16 and 25-24) in the third-place match.

The 2018 Asian Boys’ U18 Volleyball Championship kicked off on June 29, and ran through July 6.