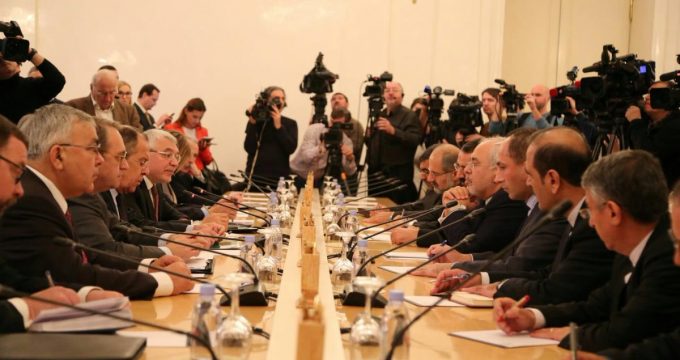 IRNA – Iranian foreign minister met with his Russian counterpart on Friday and discussed the future of nuclear deal, known also as the Joint Comprehensive Plan of Action (JCPOA) reached between Iran and world powers in 2015.

Mohammad Javad Zarif and Sergey Lavrov in their meeting in Vienna’s Palais Coburg Hotel conferred the issues expected to be raised in the upcoming meeting of EU/E3+2 (UK, France, Germany plus Russia and China) in coming hours.

Prior to this meeting, Zarif met with Chinese Foreign Minister Wang Yi as well as High Representative of the European Union for Foreign Affairs and Security Policy Federica Mogherini.

After the end of bilateral meetings between the foreign ministers of E3+2, it is expected that the meeting of the JCPOA Joint Commission be started in the coming hours.

The meeting is to be held on Friday under presidency of Mogherini.