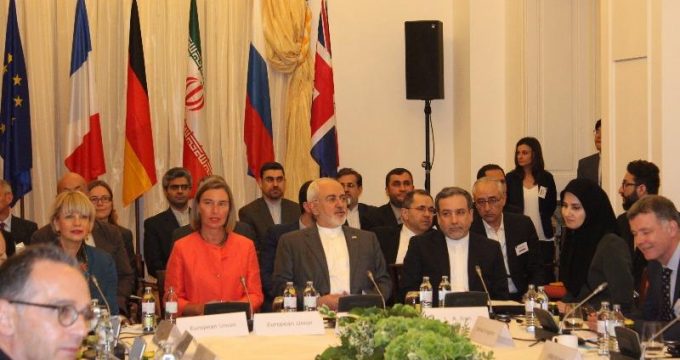 Reuters – EU foreign policy chief Federica Mogherini said on Friday that world powers and Iran had agreed to continue talking, including on economic measures, over how to save its nuclear deal.

European Union High Representative for Foreign Affairs and Security Policy Federica Mogherini and Iran’s Foreign Minister Mohammad Javad Zarif attend a meeting in Vienna, Austria July 6, 2018. REUTERS/Leonhard Foeger
Speaking after the first ministerial meeting between the remaining parties to the 2015 deal since the United States withdrew in May, Mogherini, who chairs the talks, read a statement saying all sides would continue to look at ways salvage the deal despite the reimposition of U.S. sanctions.

She took no questions from reporters.