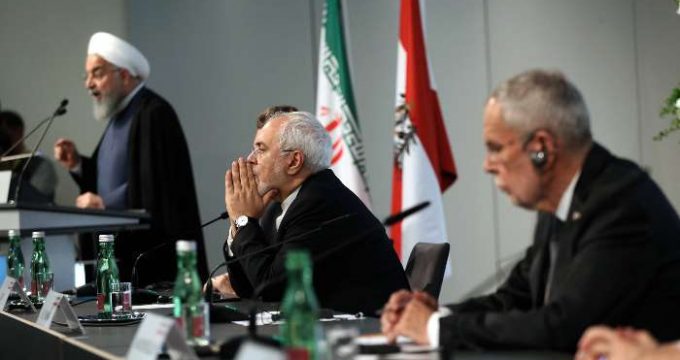 “Back in Vienna together with President Rouhani, celebrating 160 years of diplomatic relations,” Zarif wrote in a tweet at the end of the president’s official visit.

The Iranian top diplomat also referred to Austria’s support for the 2015 Iran nuclear deal, known as the Joint Comprehensive Plan of Action (JCPOA) and highlighted the need for Europe’s practical measures to save the accord, saying, “Commitment to JCPOA vividly on display. Imperative to translate will into action.” 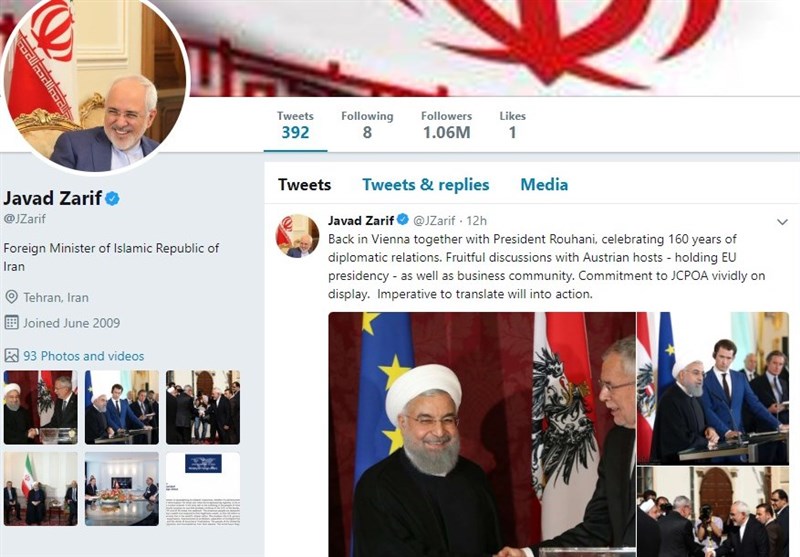 Rouhani arrived in Vienna on Tuesday on the second leg of his tour of Europe, which had earlier taken him to Switzerland.

While in Austria, the president sat down with Iranian expatriates in the country and was welcomed by his Austrian counterpart on Wednesday morning.

After separate meetings with the president and chancellor of Austria, the two countries signed four cooperation documents.

Rouhani also met with Archbishop of Vienna and had a meeting with Director General of IAEA Yukiya Amano in Vienna.

The Iranian president has enhanced political contacts with foreign leaders on ways to save the JCPOA after the US exit.