A Look at Iranian Newspaper Front Pages on July 5

Iran Front Page- IFP has taken a look at the front pages of Iranian newspapers on Thursday, July 5, 2018, and picked headlines from 22 of them. IFP has simply translated the headlines and does not vouch for their accuracy.

Several papers today covered the remarks by President Hassan Rouhani during his trips to Austria and Switzerland, particularly those regarding the EU’s efforts to save the Iran nuclear deal, which are expected to culminate on Friday when the bloc’s package to save the JCPOA is offered to Tehran.

Also a top story was a letter by IRGC Quds Force Commander Major General Qassem Soleimani to President Rouhani, in which the former praised the latter’s “timely and wise” stances against the US and Israel.

1- Rouhani: US’ Decision against Its Own, Others’ National Interests 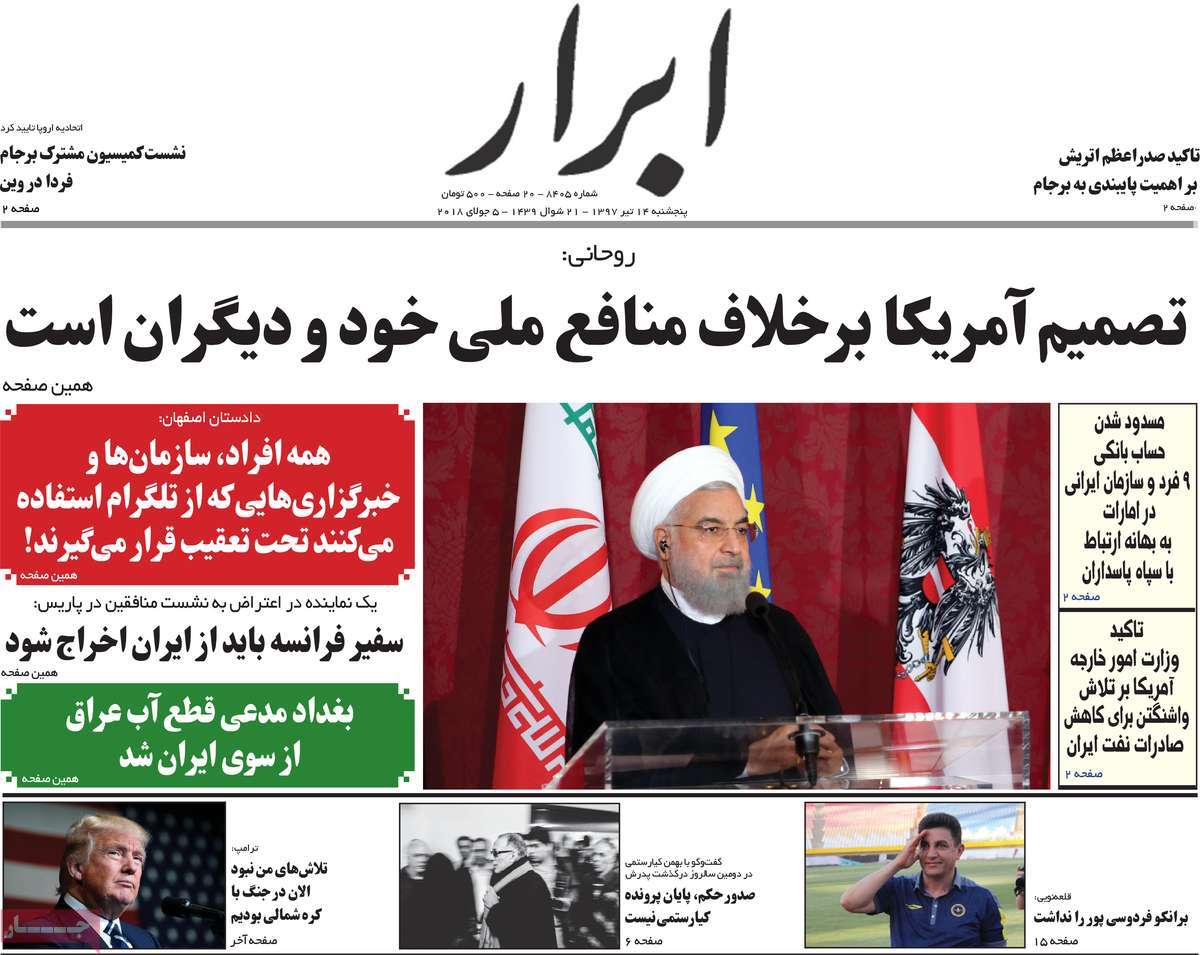 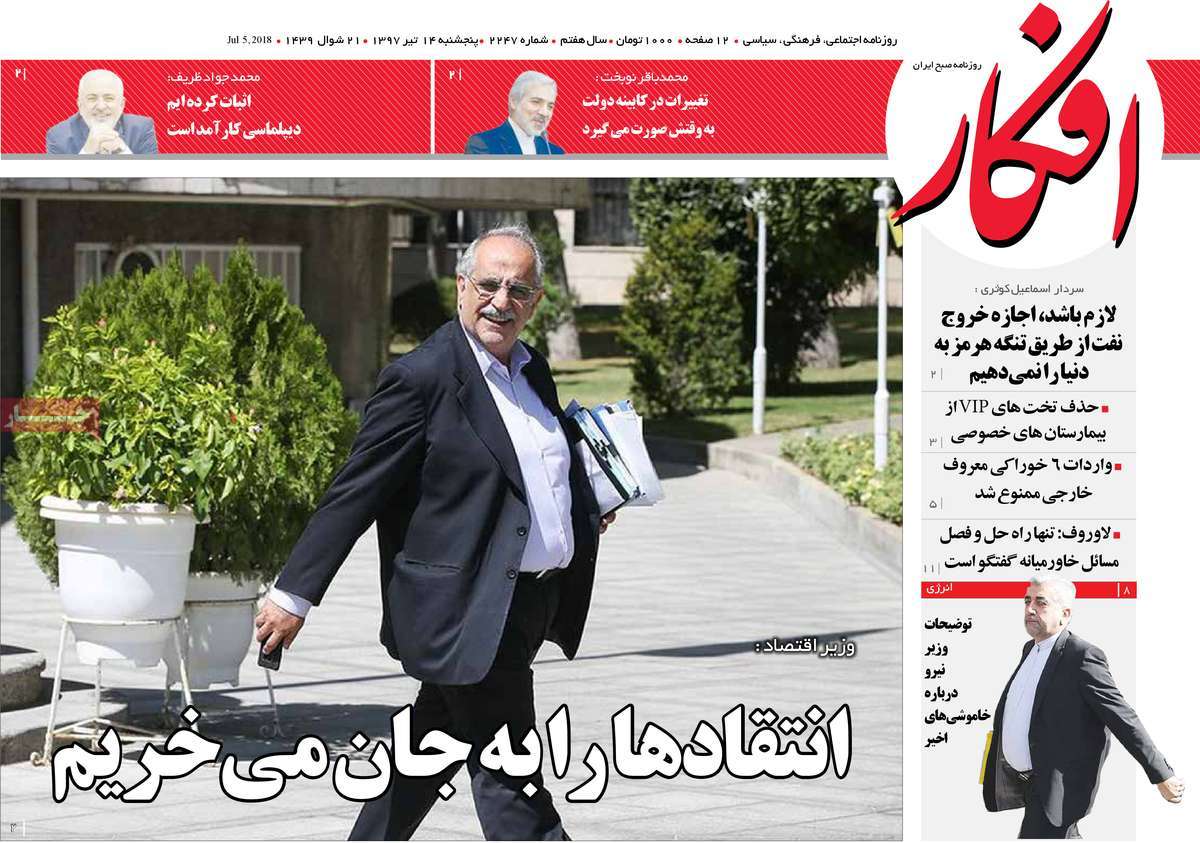 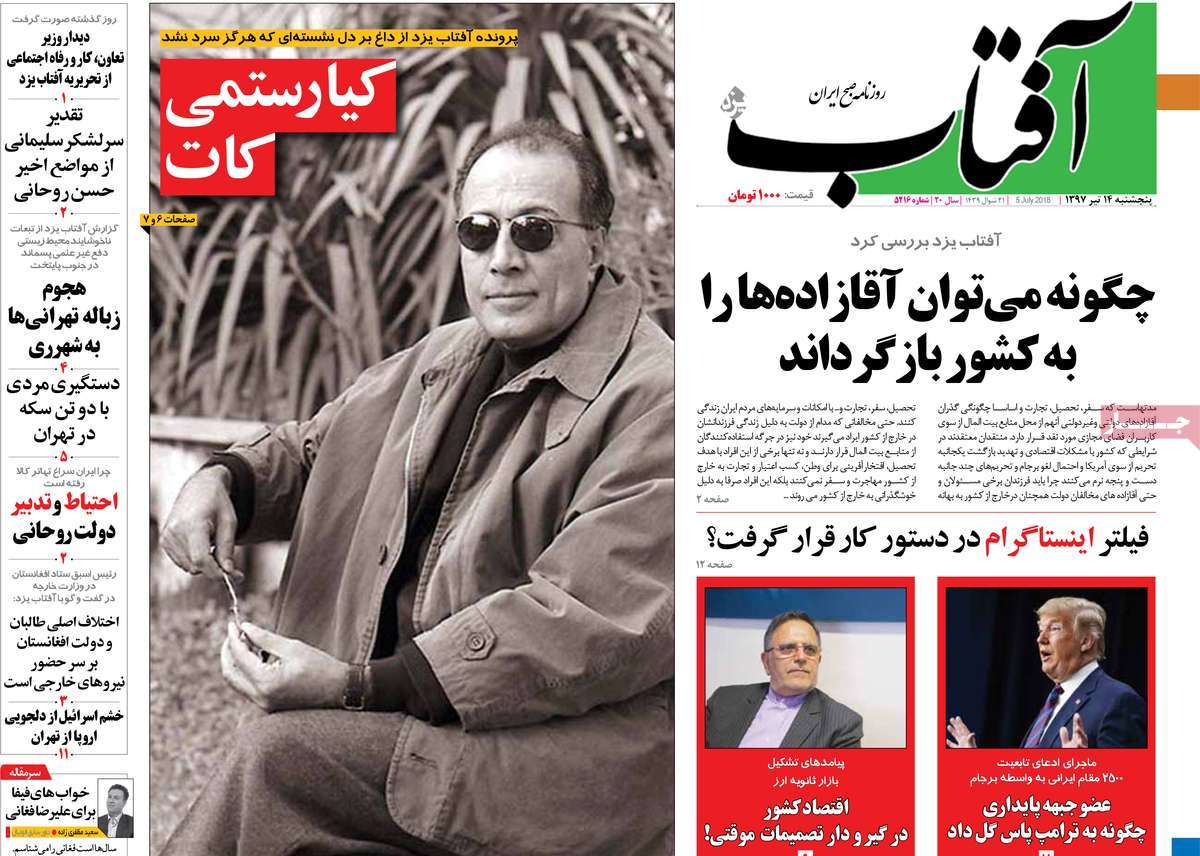 1- Rouhani: We’ll Remain in JCPOA without US If Europeans Live Up to Their Commitments 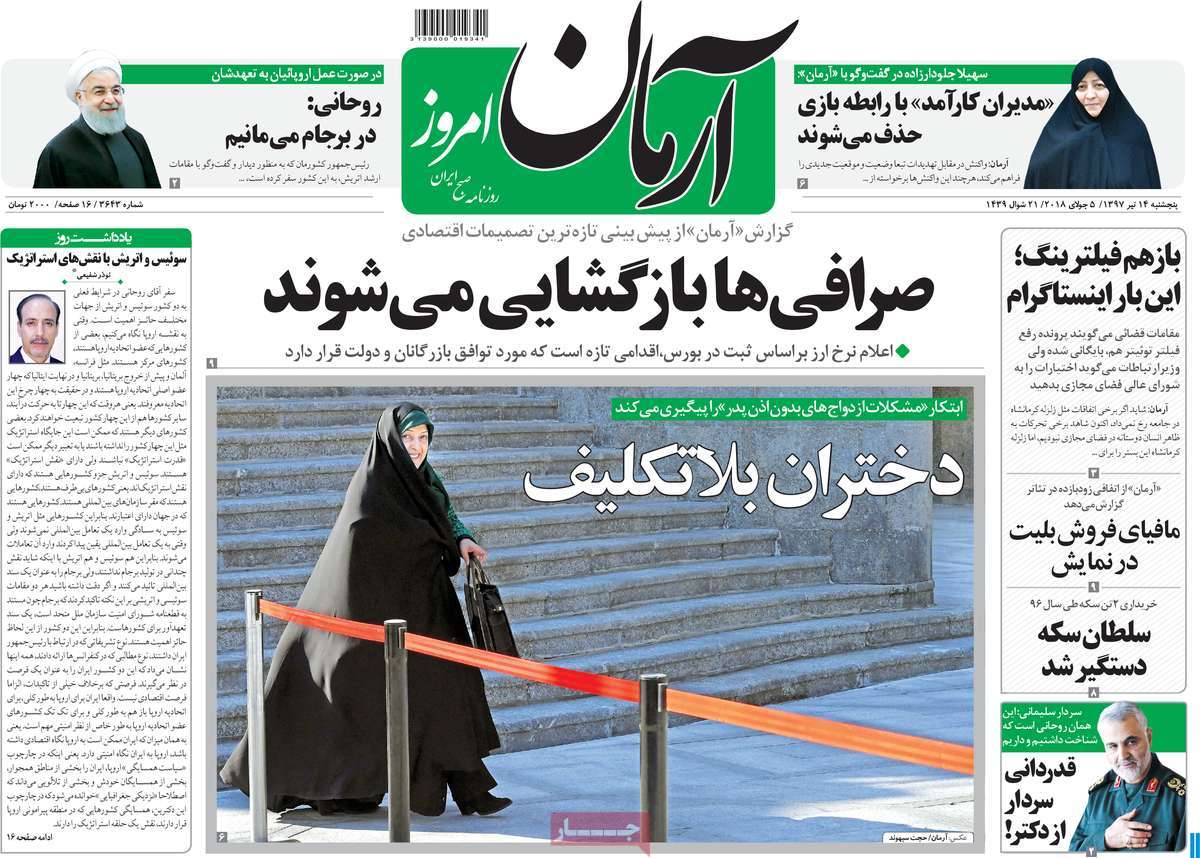 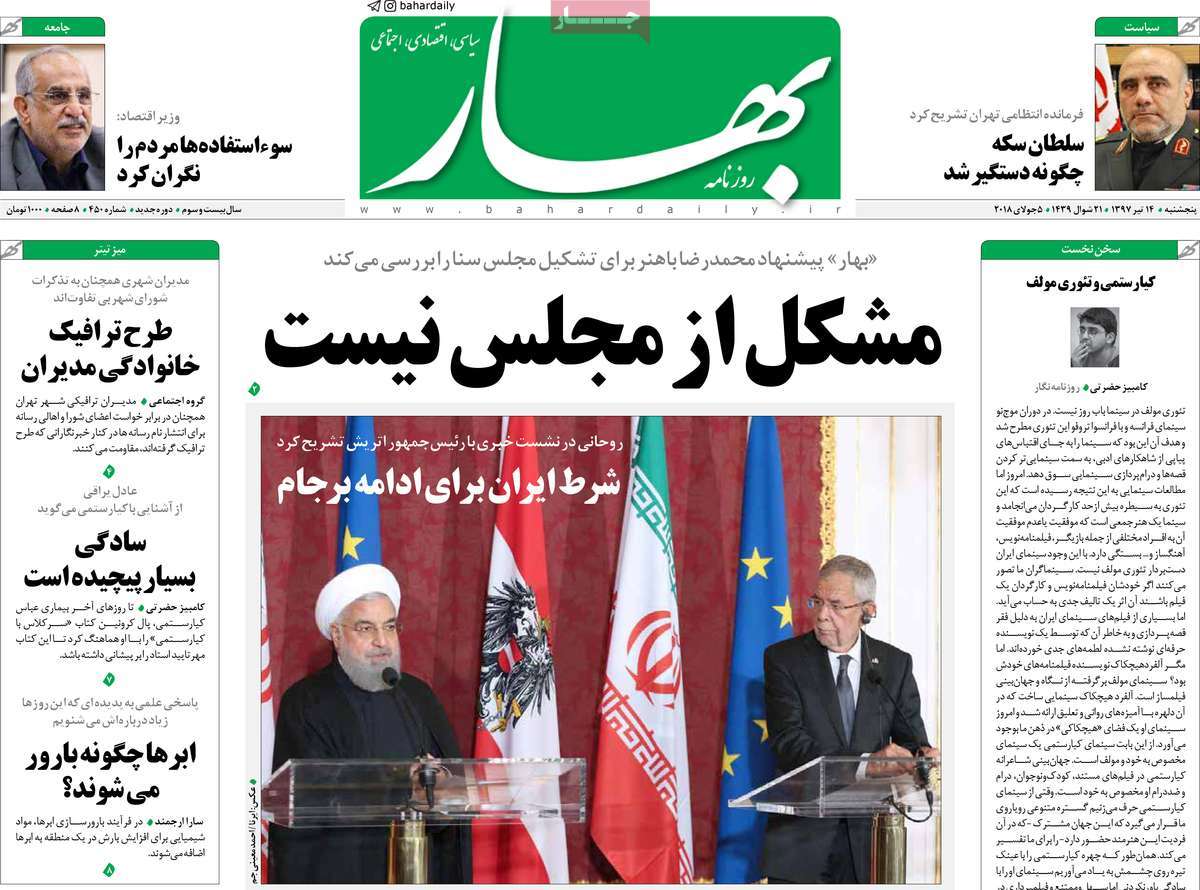 1- Big Test for Europeans to Save JCPOA: EU to Offer Its JCPOA Package to Iran Friday 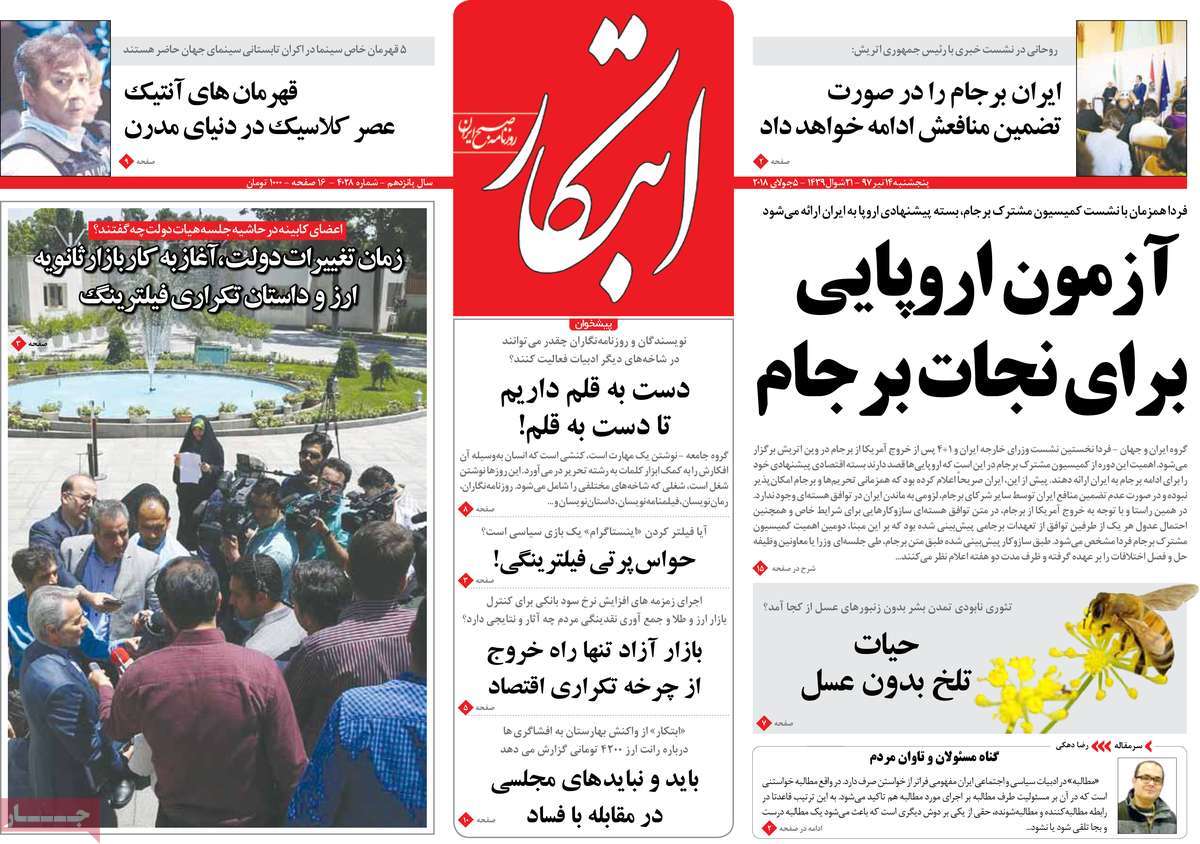 1- Austria Vows to Keep Its Trade, Political Ties with Iran 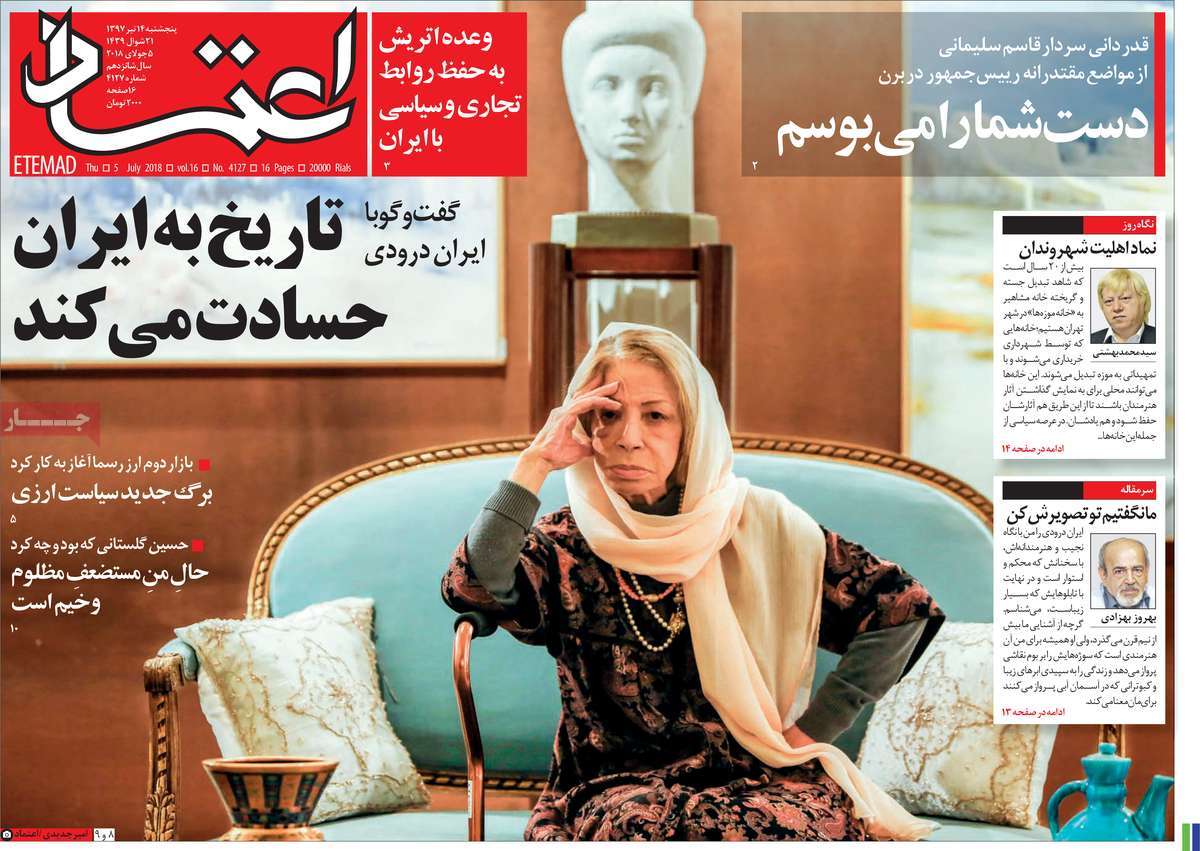 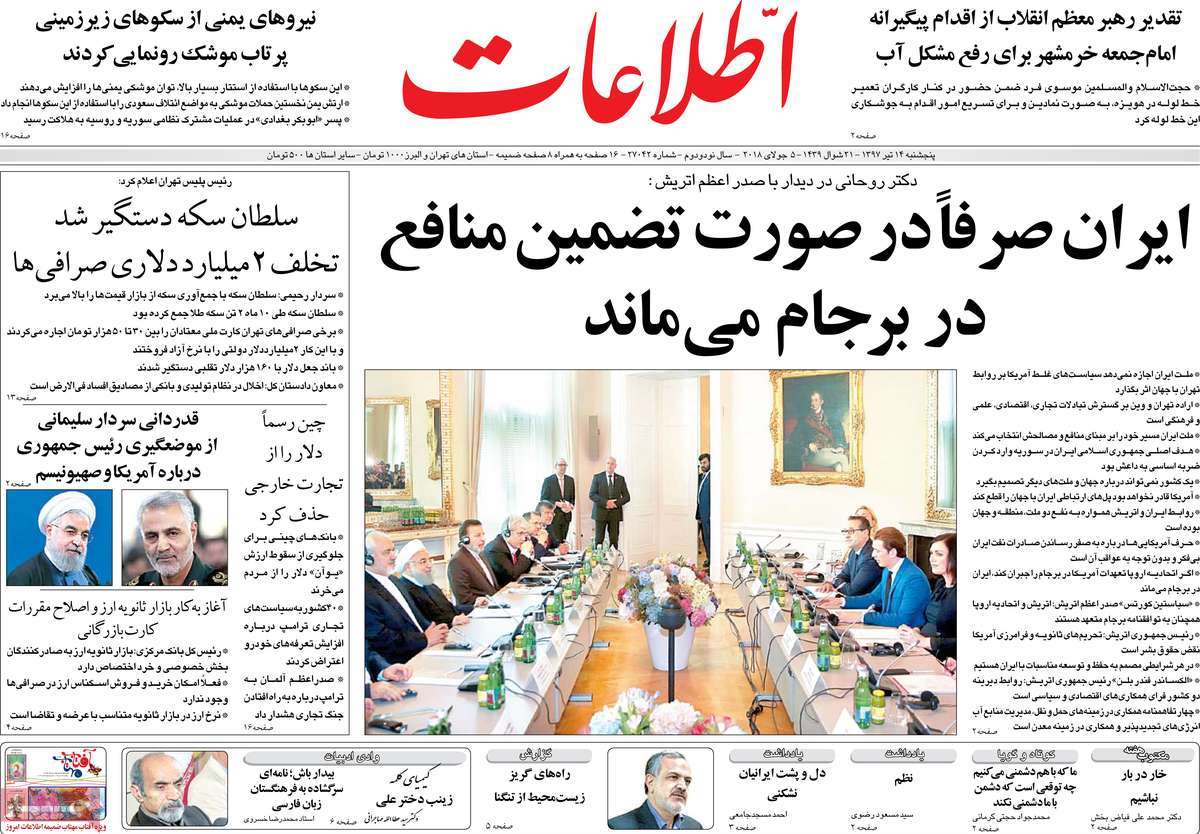 1- Symphony of Diplomacy: A Report on President Rouhani’s Visit to Austria 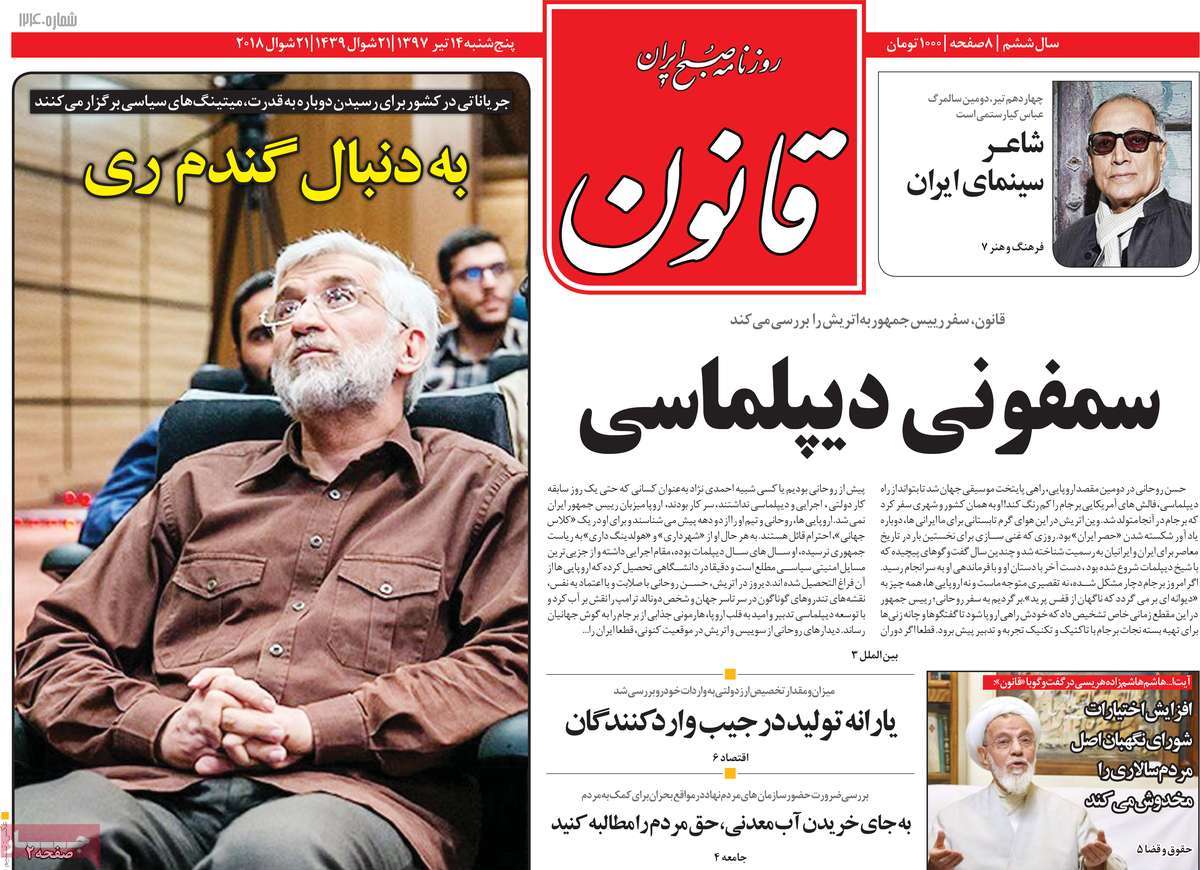 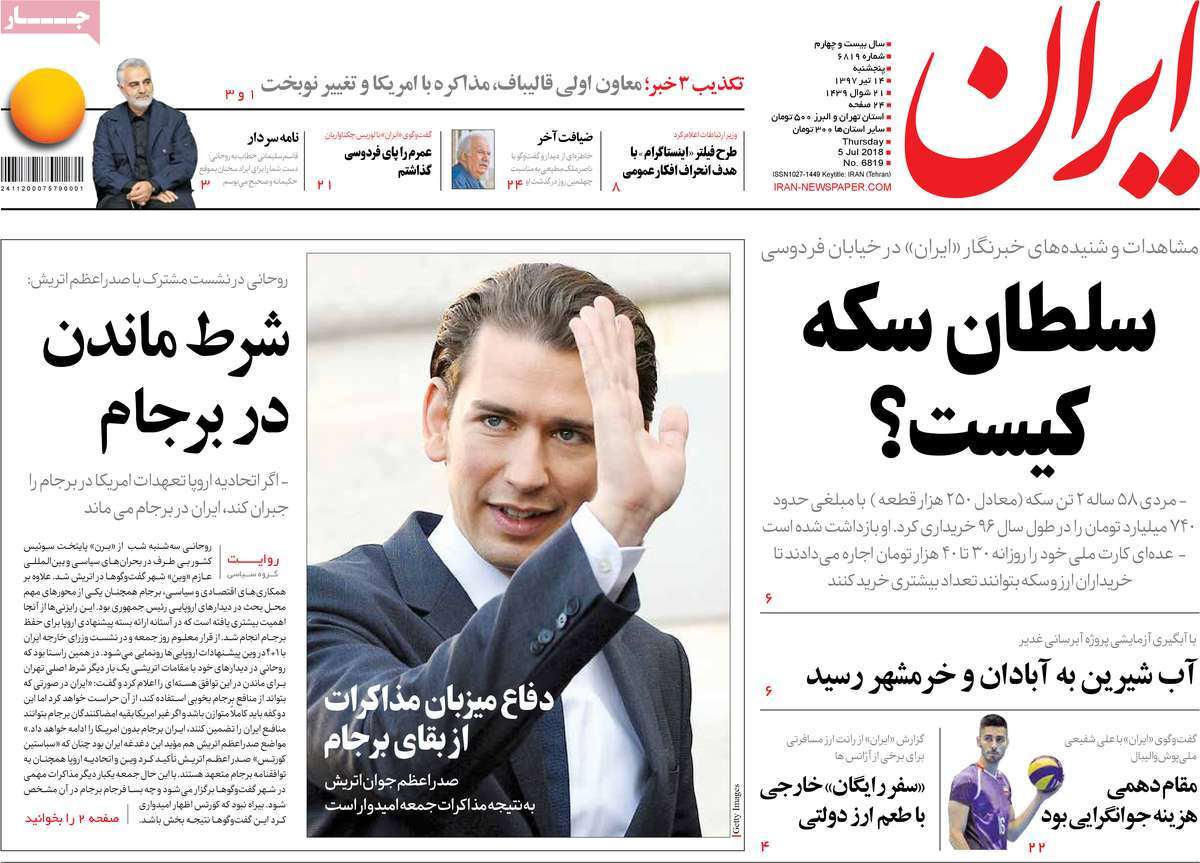 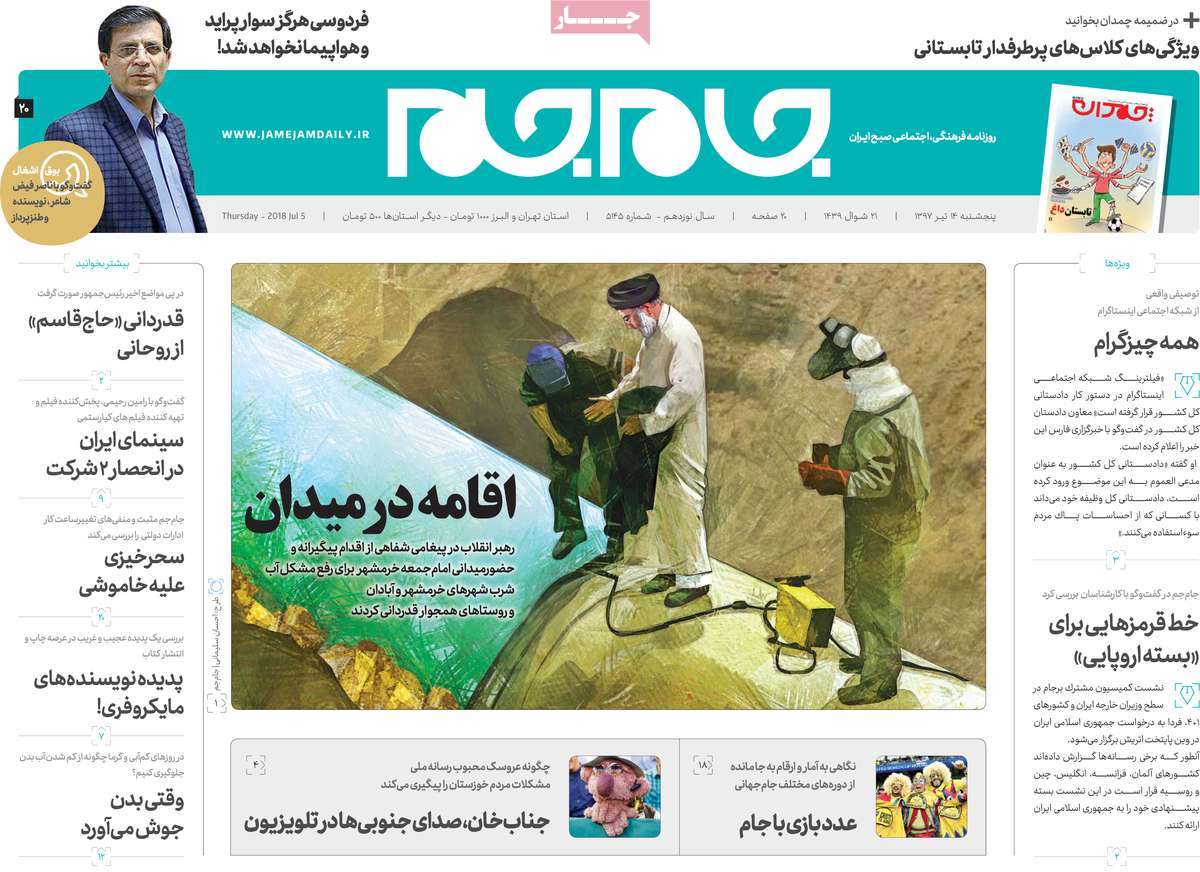 1- Rendezvous in Strait of Hormuz 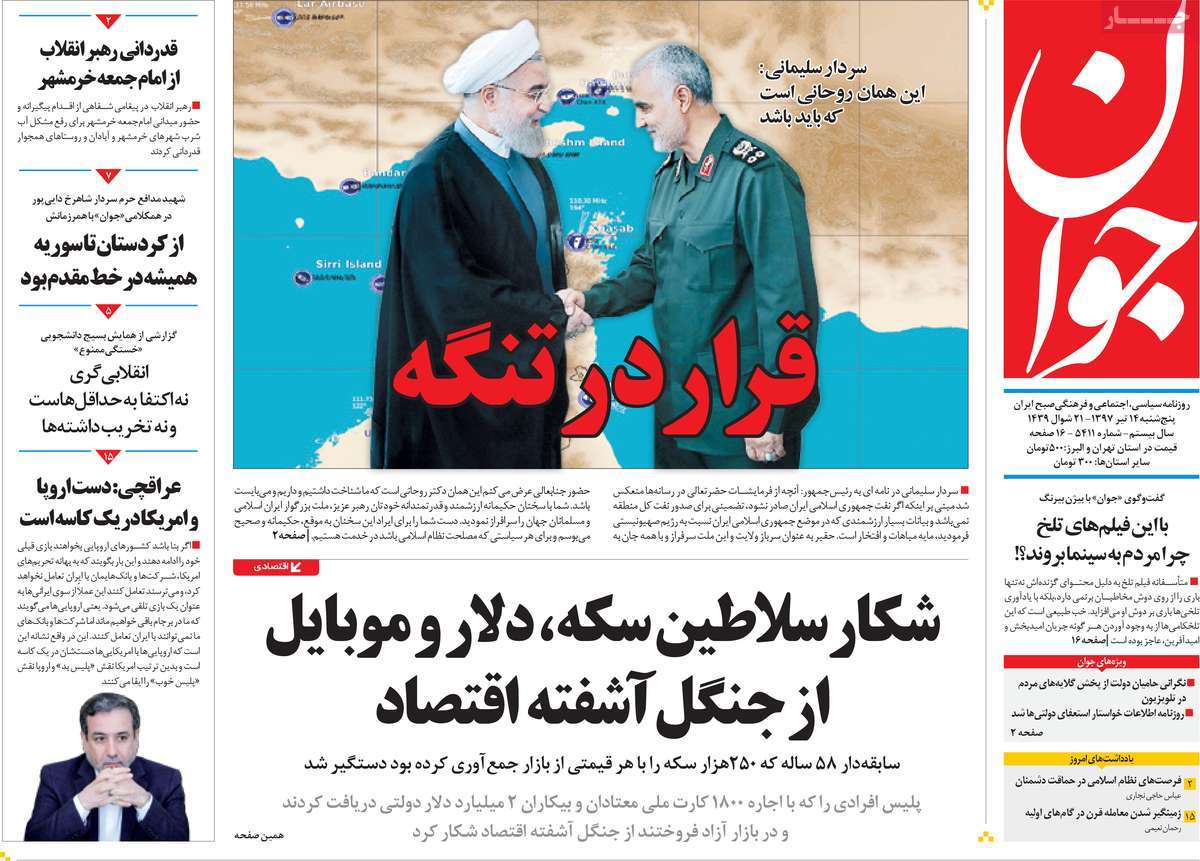 1- Rouhani: We Won’t Let US Policies Impact Our Relations with the World 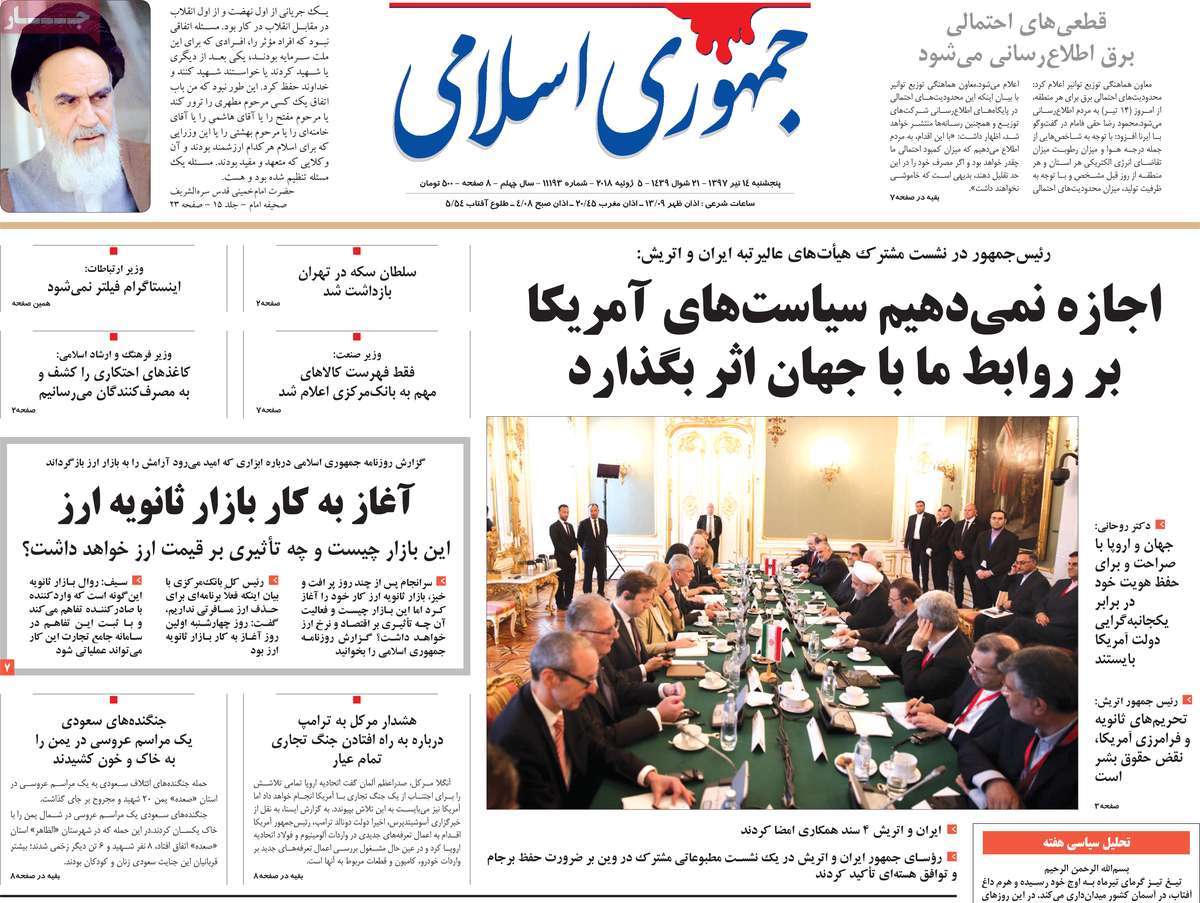 1- Israeli Army: Palestinians’ 1-euro Balloons Caused Millions of Euros in Damages on Us 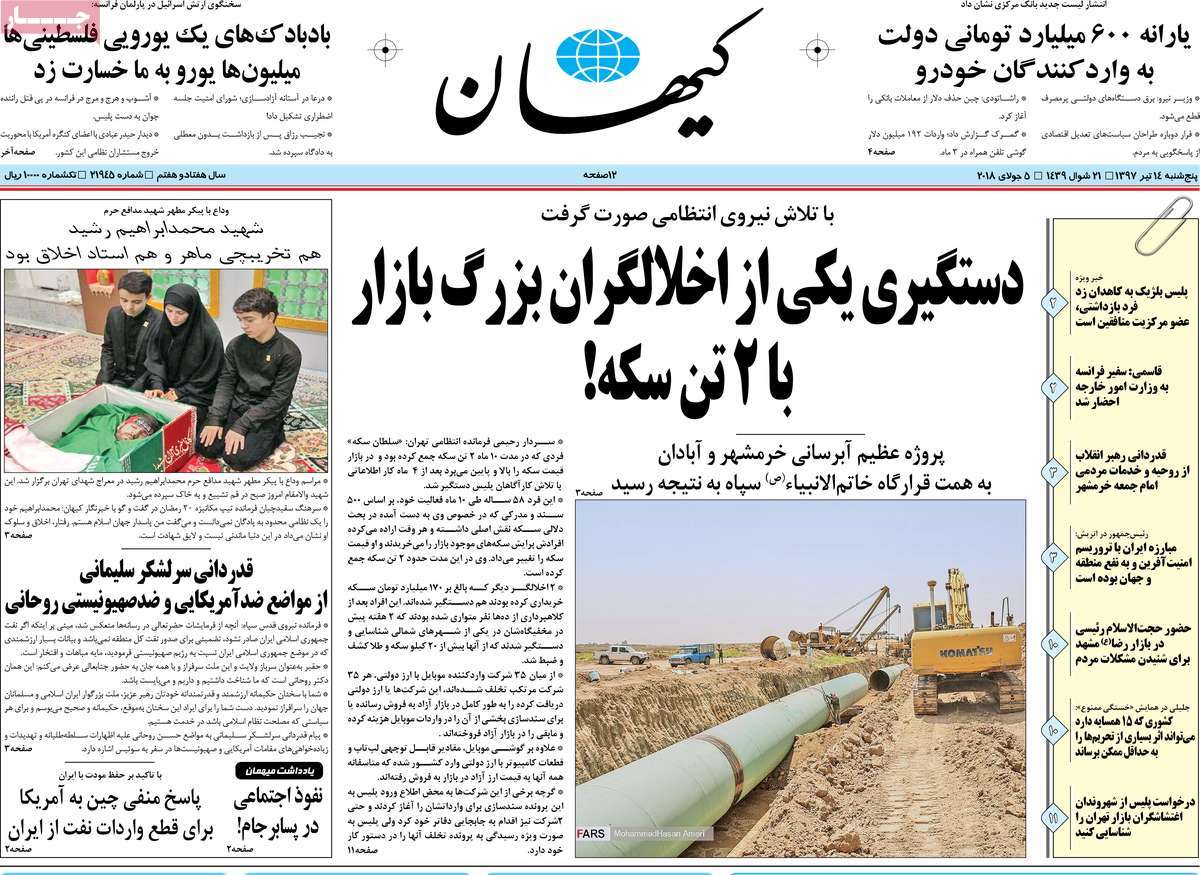 1- Mirsalim: They Put the Country’s Entire Focus on JCPOA for Five Years but to No Avail 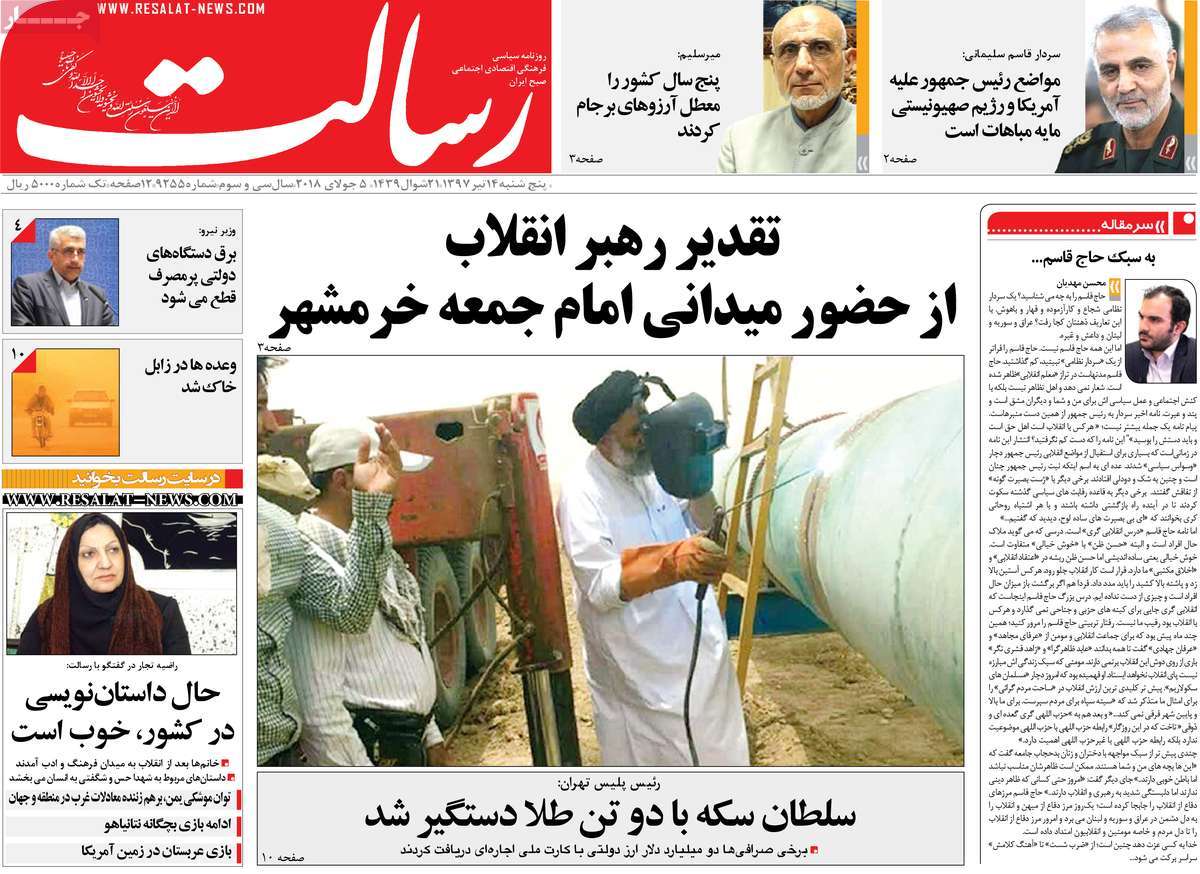 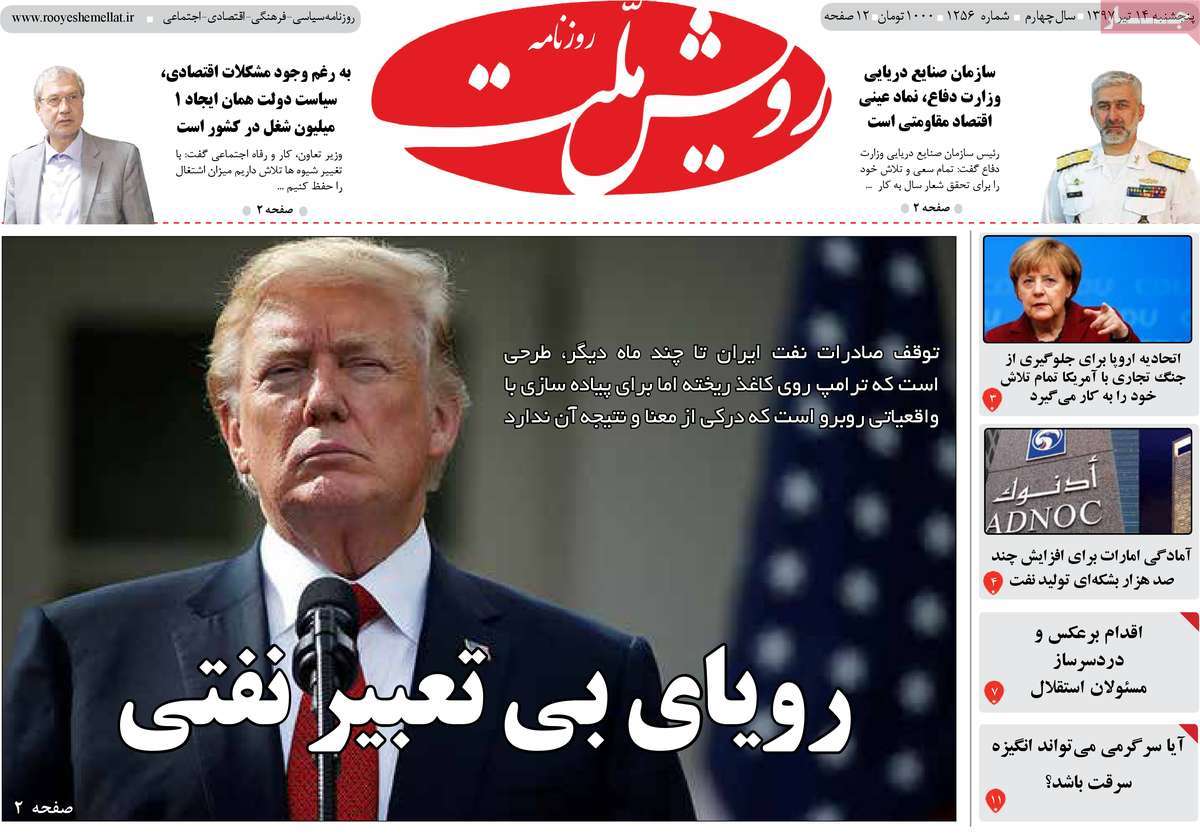 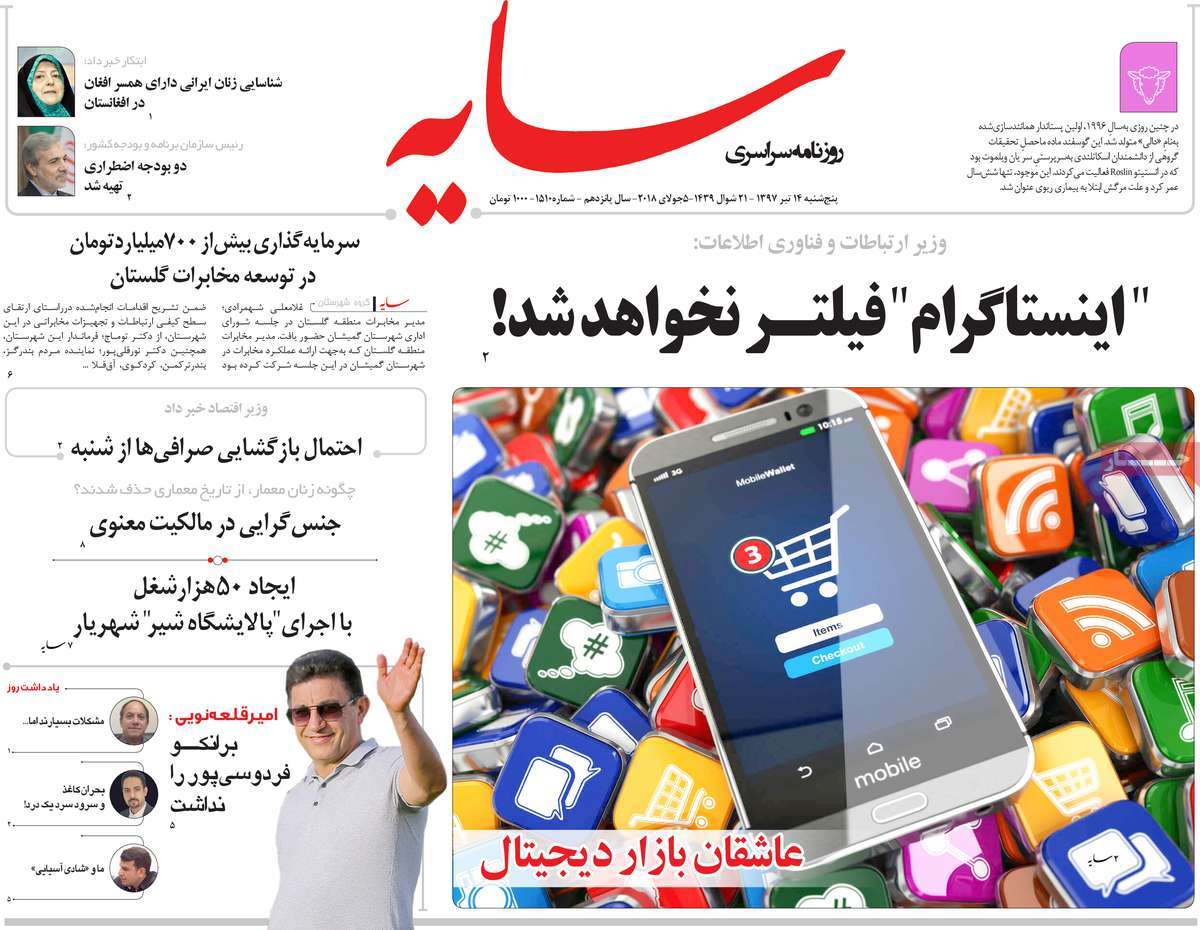 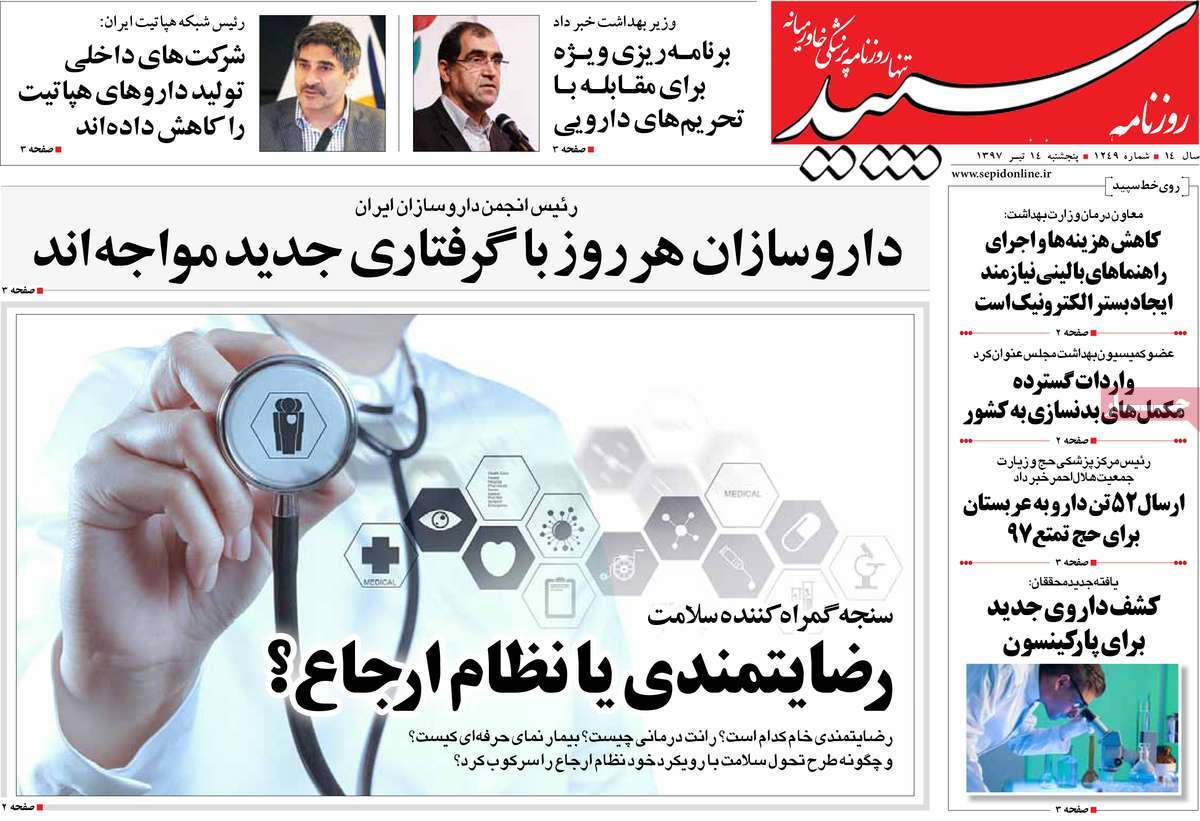 1- Bahonar: Constitution Must Be Revised, Senate Must Be Formed besides Parliament 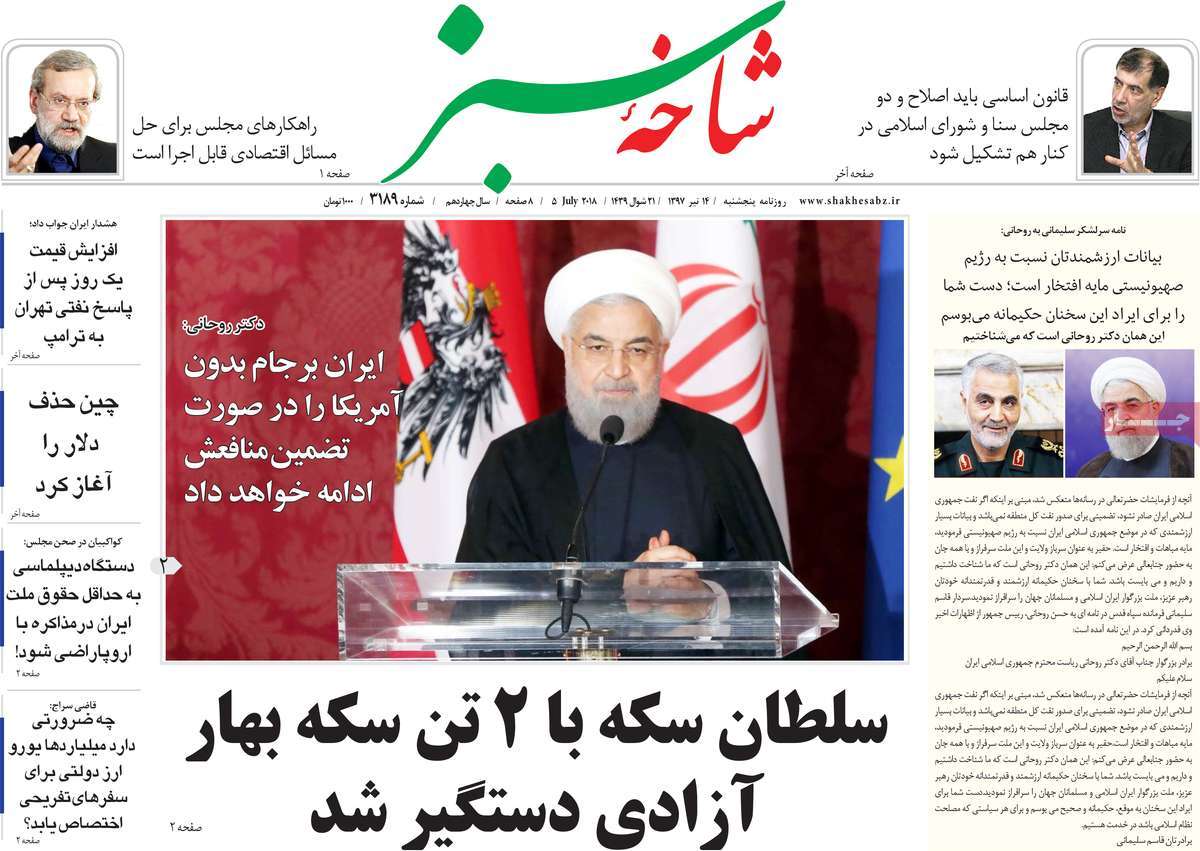 1- Rouhani’s Condition for Remaining in JCPOA: EU Must Fill US’ Gap 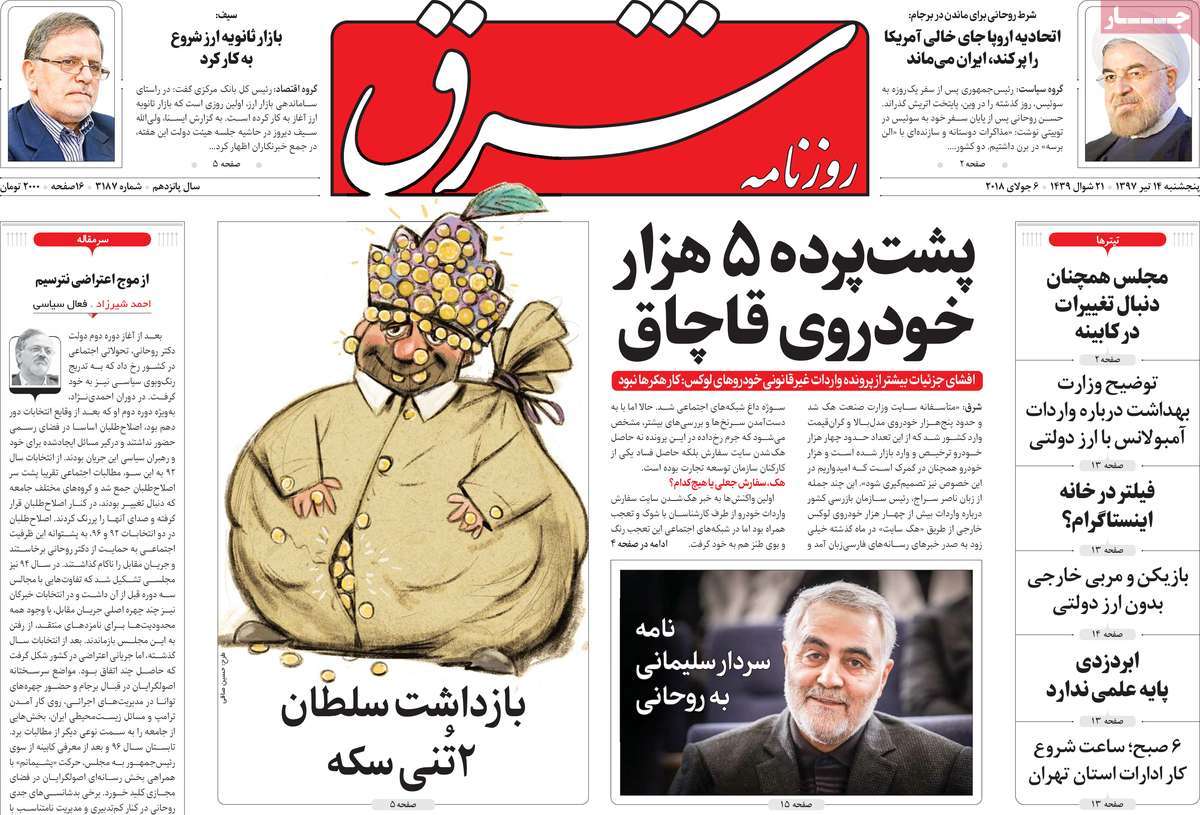 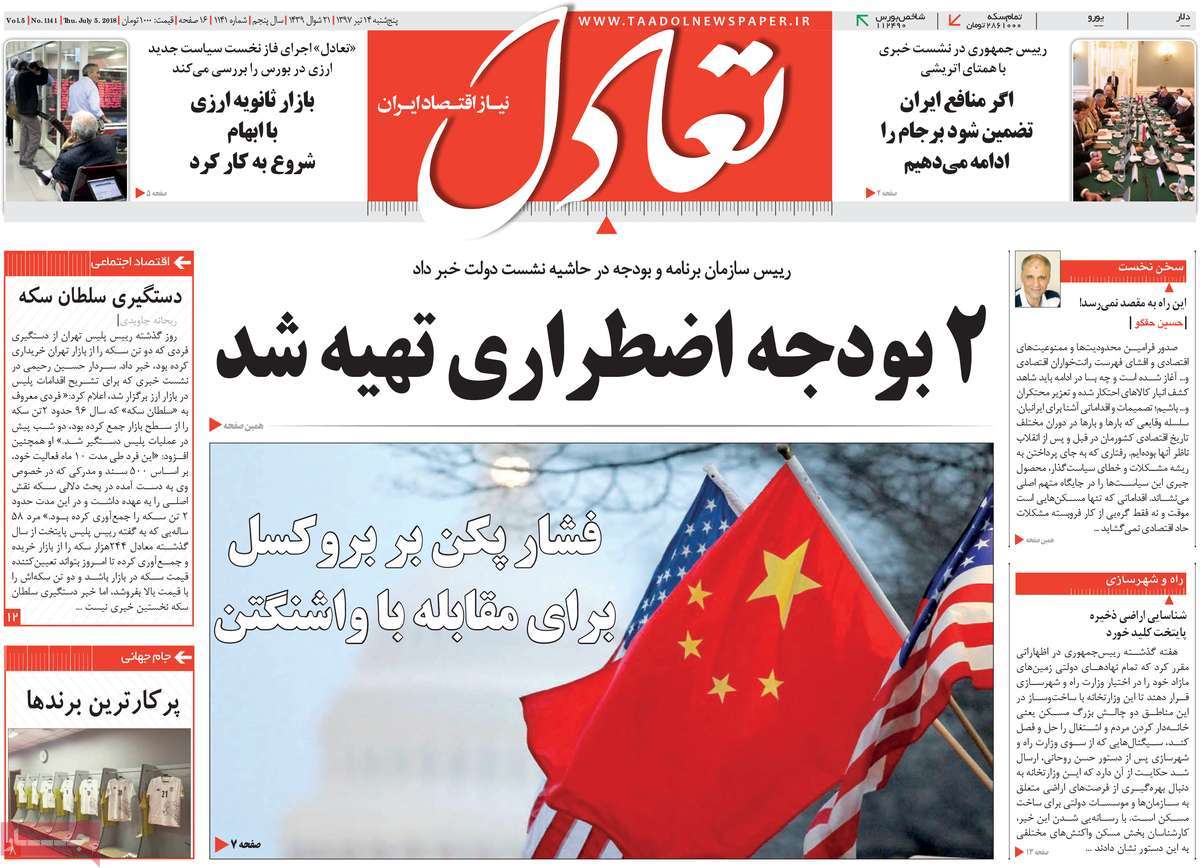 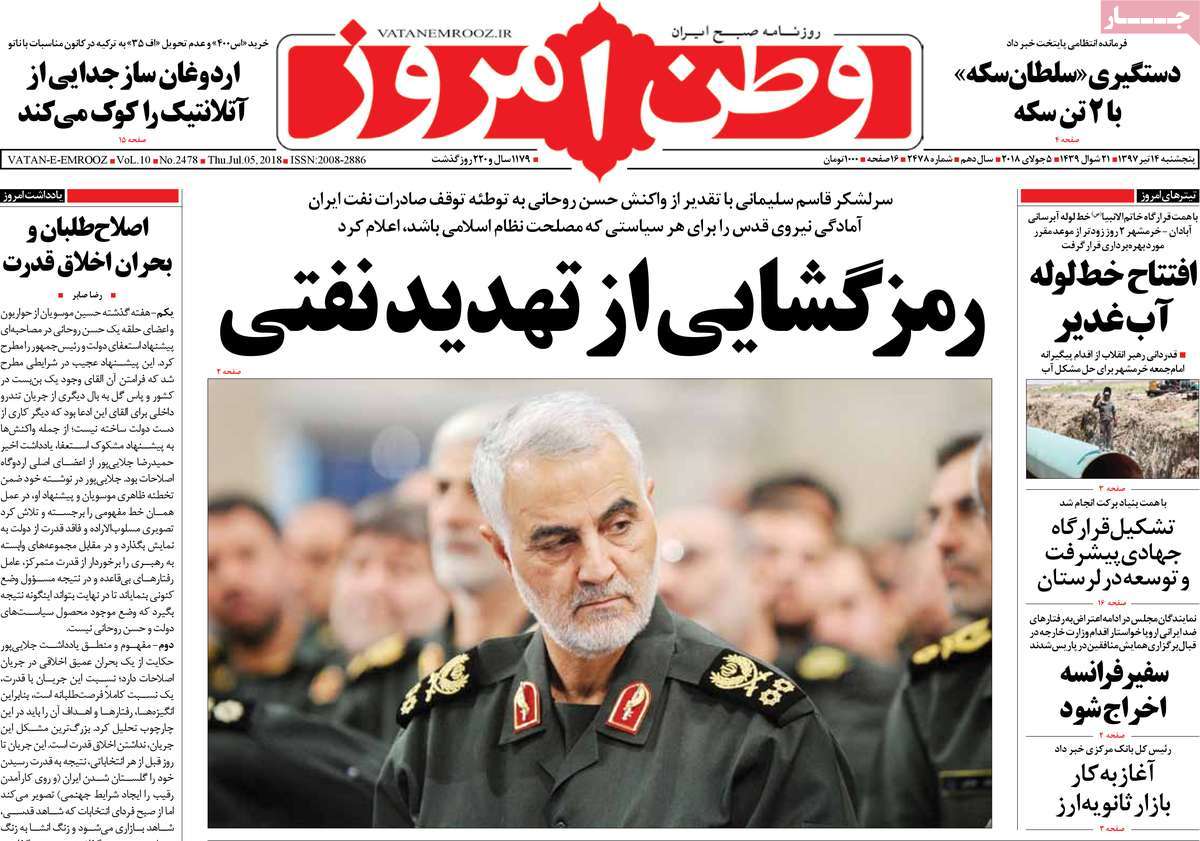