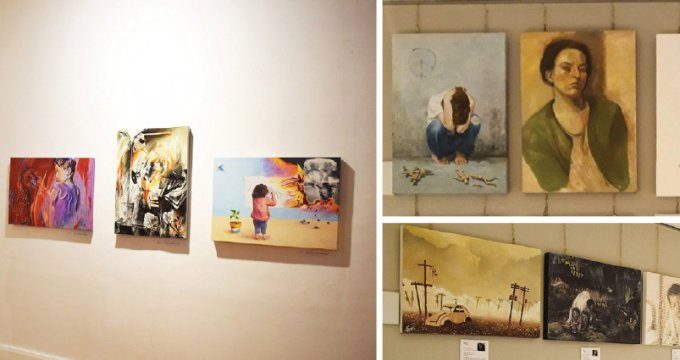 Financial Tribune- To mark the 31st anniversary of chemical weapons attacks on Sardasht, a city in West Azarbaijan Province, Iranian Artist Forum in Tehran is holding an exhibition of paintings dedicated to the specific Iraqi war crime.

On June 28, 1987, former Iraqi dictator Saddam Hussein ordered his military to drop what is believed to have been mustard gas bombs on the northwestern city in two separate bombing runs on four residential areas, which killed 100 plus civilians and injured hundreds.

Iran and Iraq fought a bloody war that lasted for eight years (1980-88) and killed an estimated one million people on both sides.

Iran-Iraq war, Iranian Artist Forum, Sardasht attack July 3, 2018
Why Iran should get rid of its historical mistrust towards the West (and other countries)
Iran’s last deadline to Europe for preserving JCPOA