Iran Front Page- IFP has taken a look at the front pages of Iranian newspapers on Tuesday, July 3, 2018, and picked headlines from 15 of them. IFP has simply translated the headlines and does not vouch for their accuracy.

Newspapers today widely covered the ongoing visit of President Hassan Rouhani to Switzerland, and his important talks with European officials on ways to save the Iran nuclear deal.

Also a top story was the ongoing water crisis in south-western Iran, and the country’s economic problems which are expected to exacerbate when fresh US sanctions are imposed. 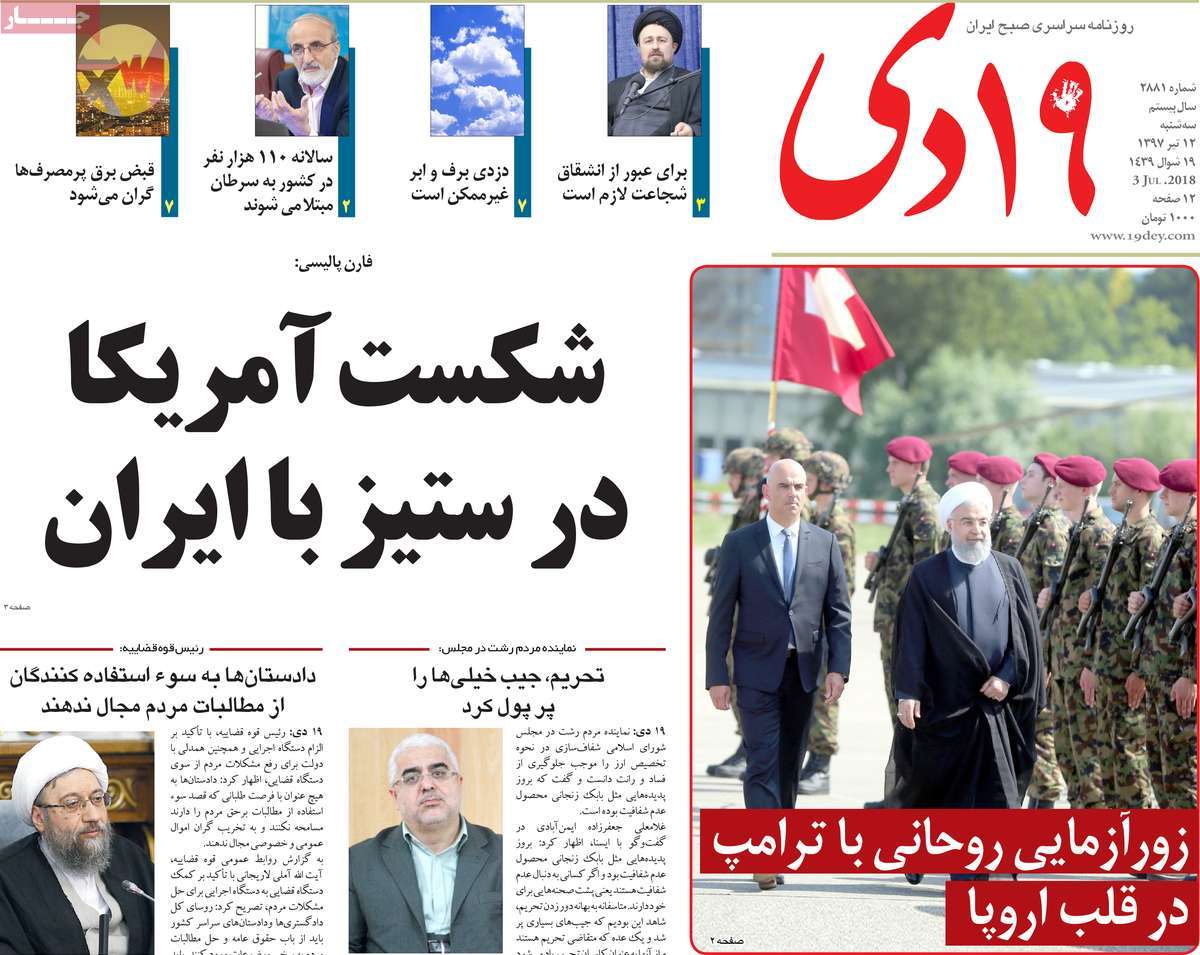 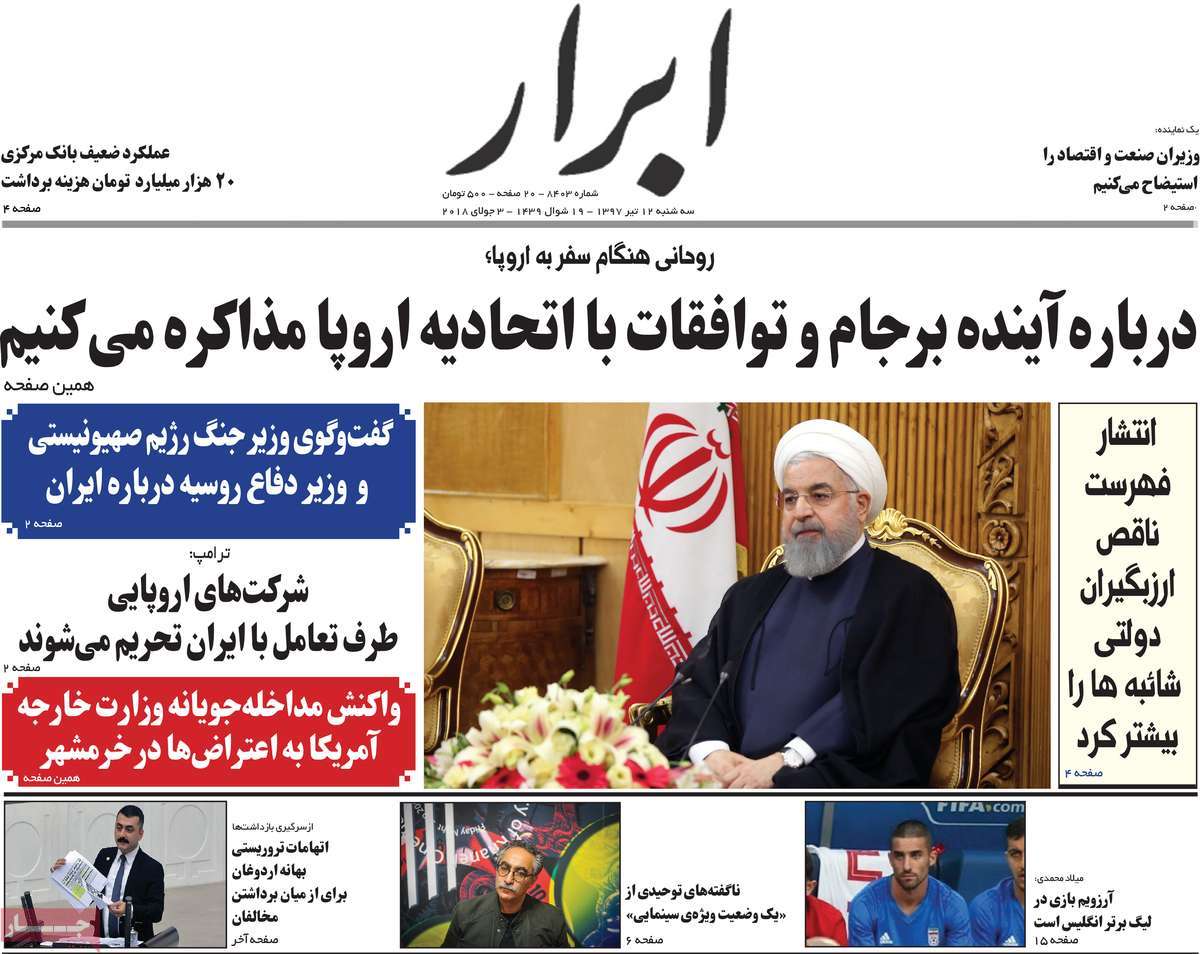 1- Zarif in Oman, Rouhani in Europe 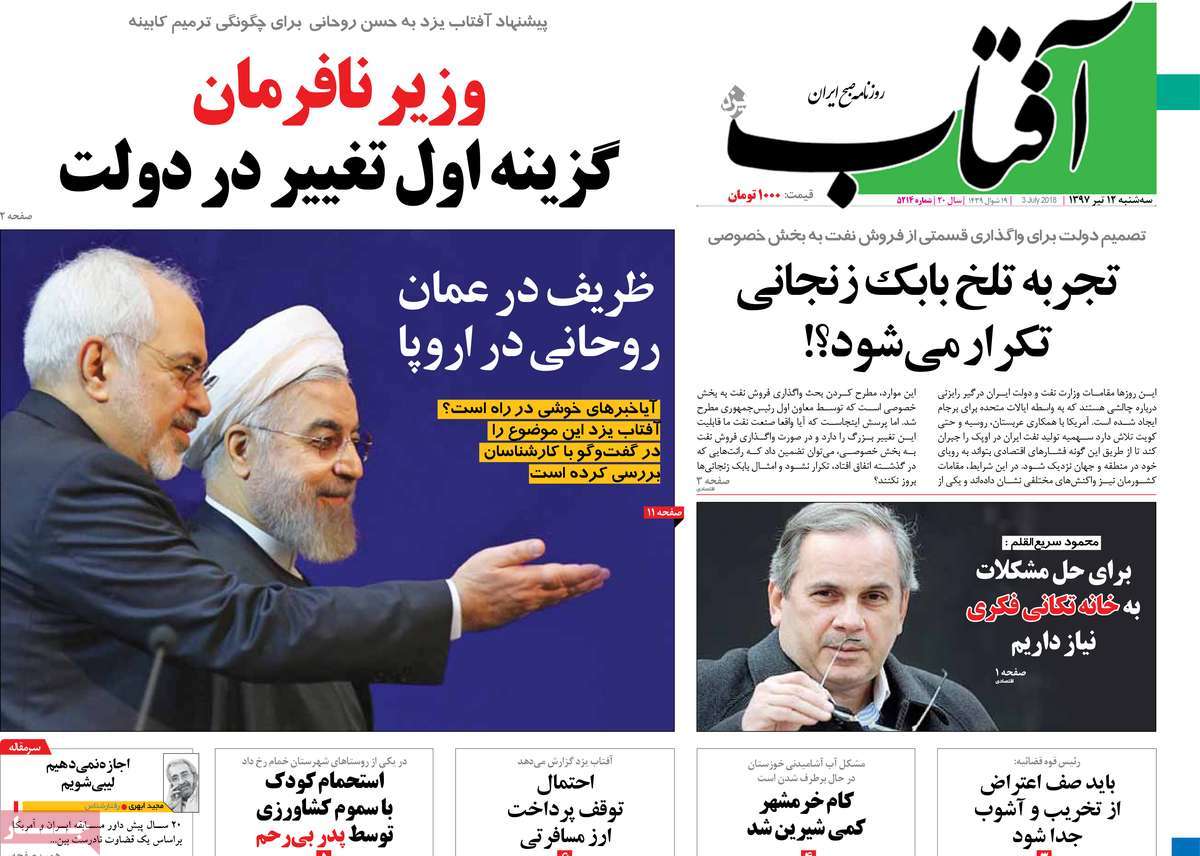 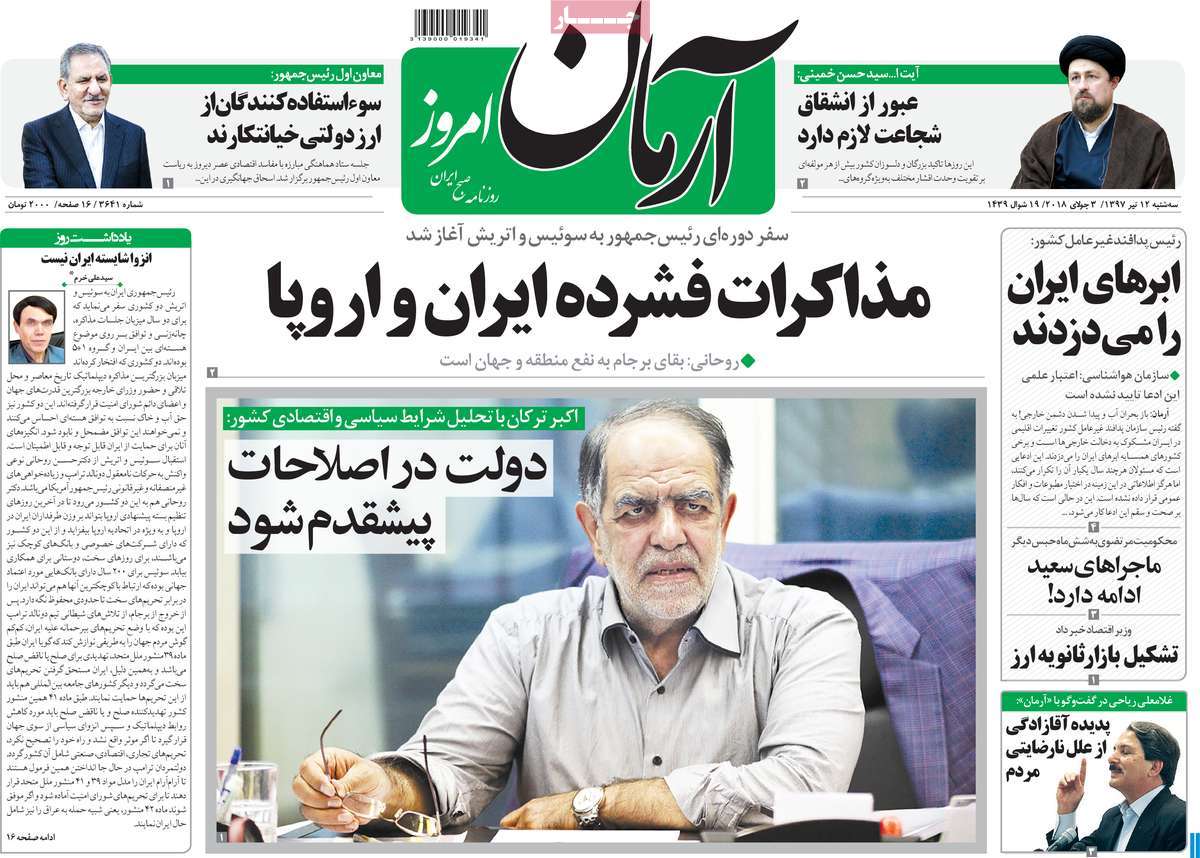 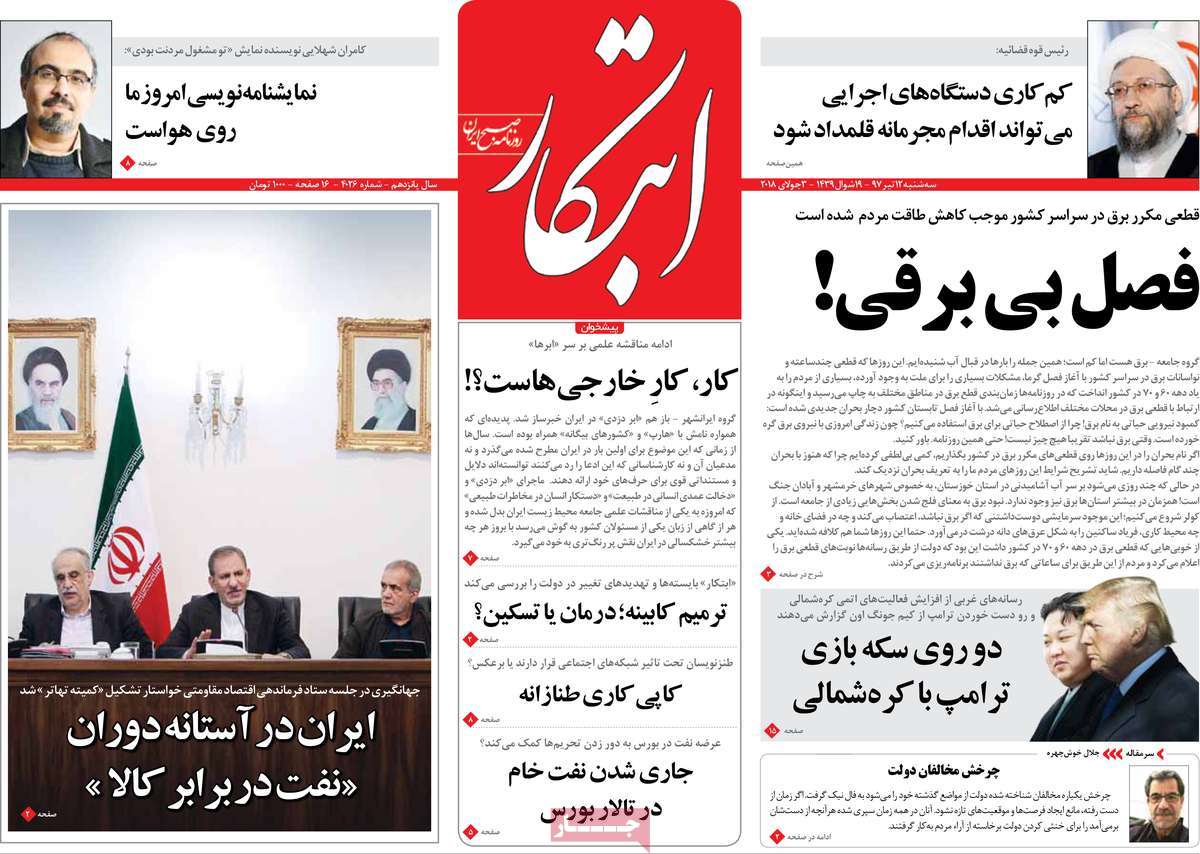 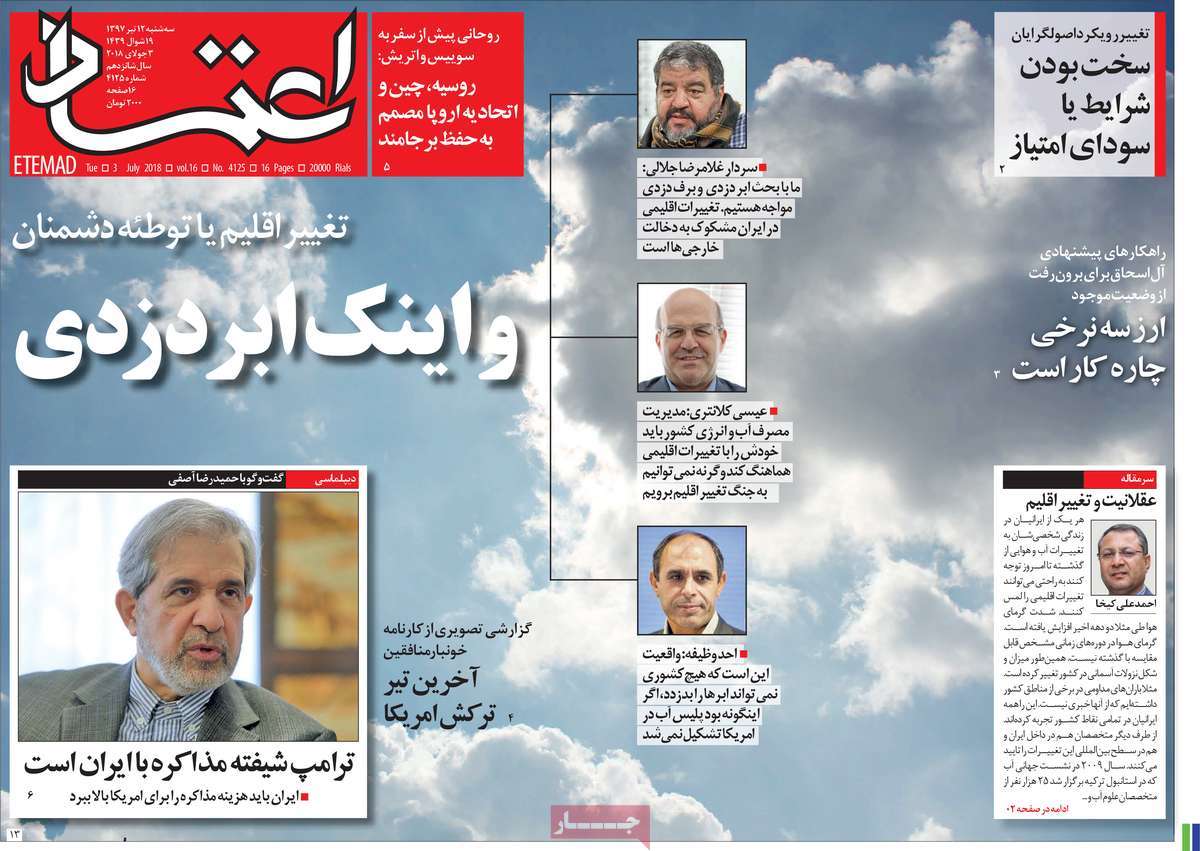 1- Rouhani: We’ll Discuss EU’s Package to Save JCPOA in Vienna 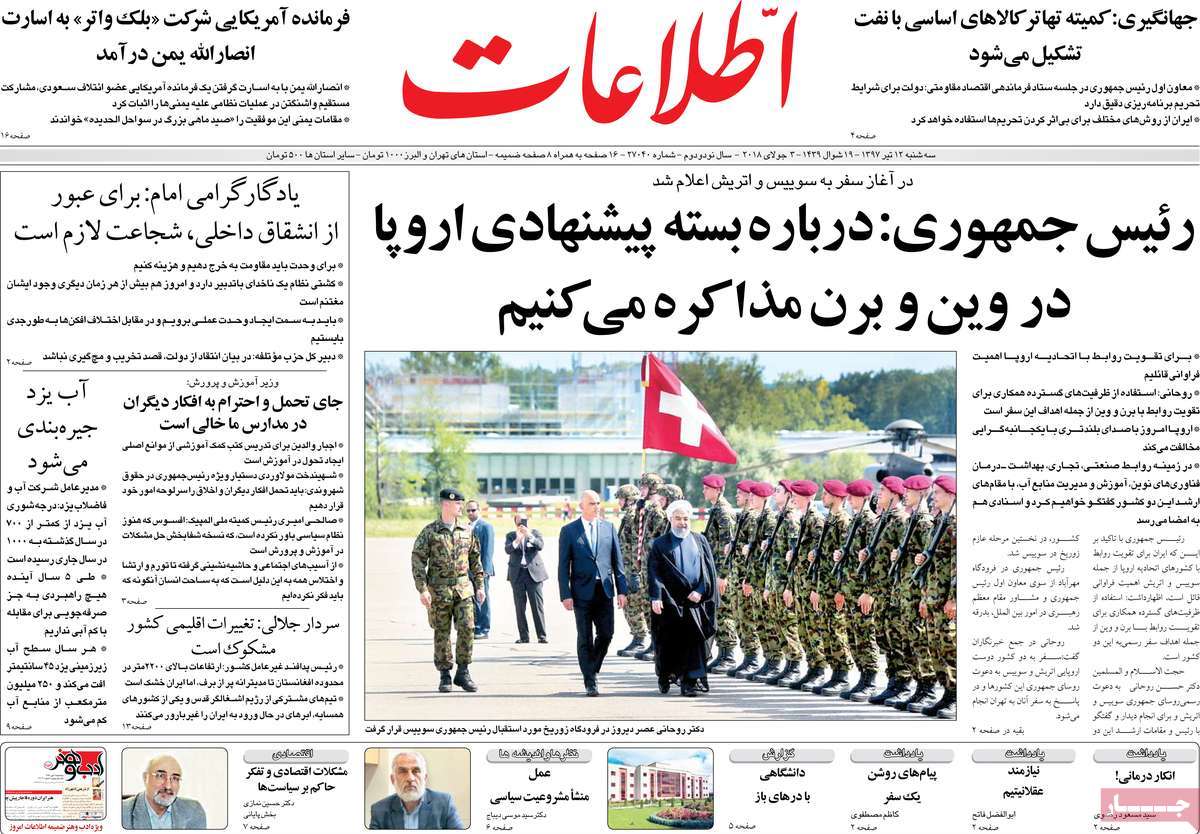 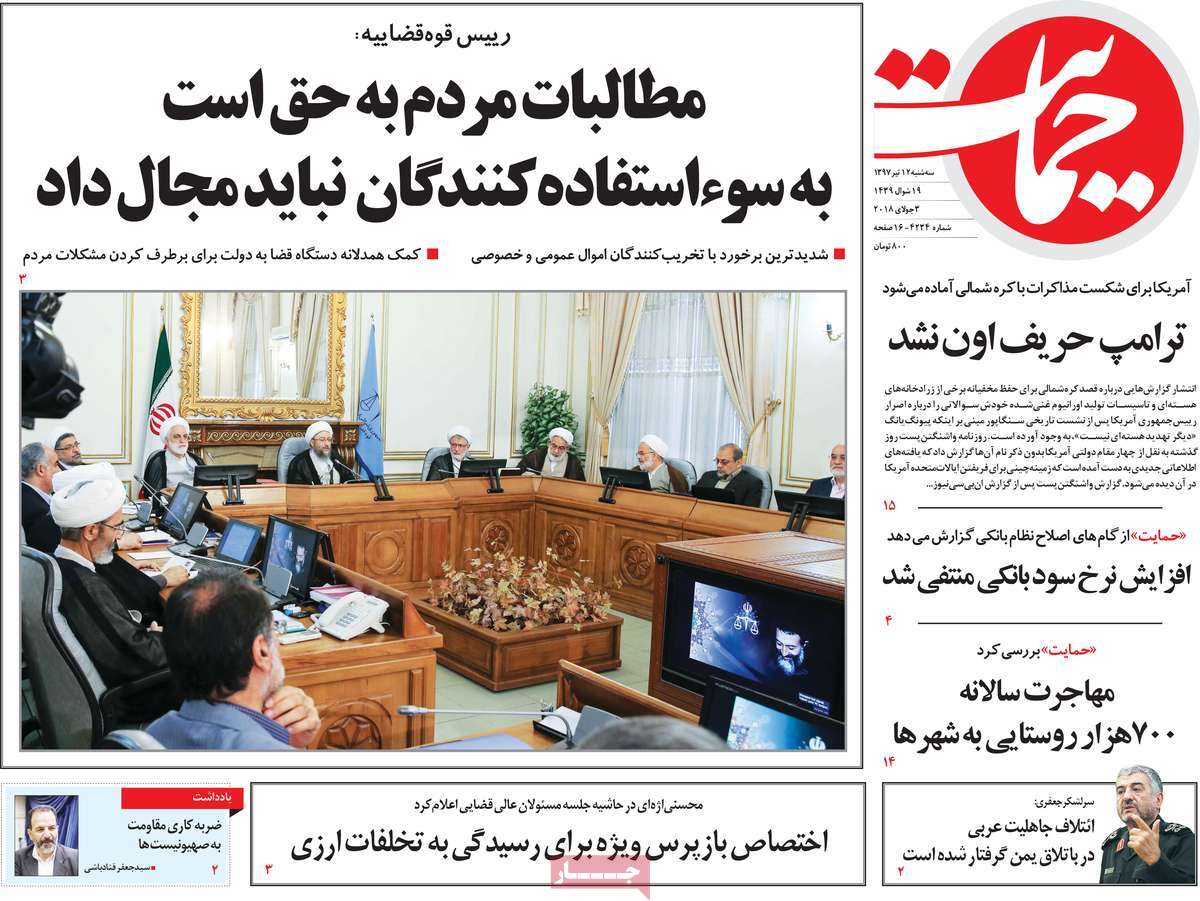 1- US Creating Early Doubts on Deal with Korea 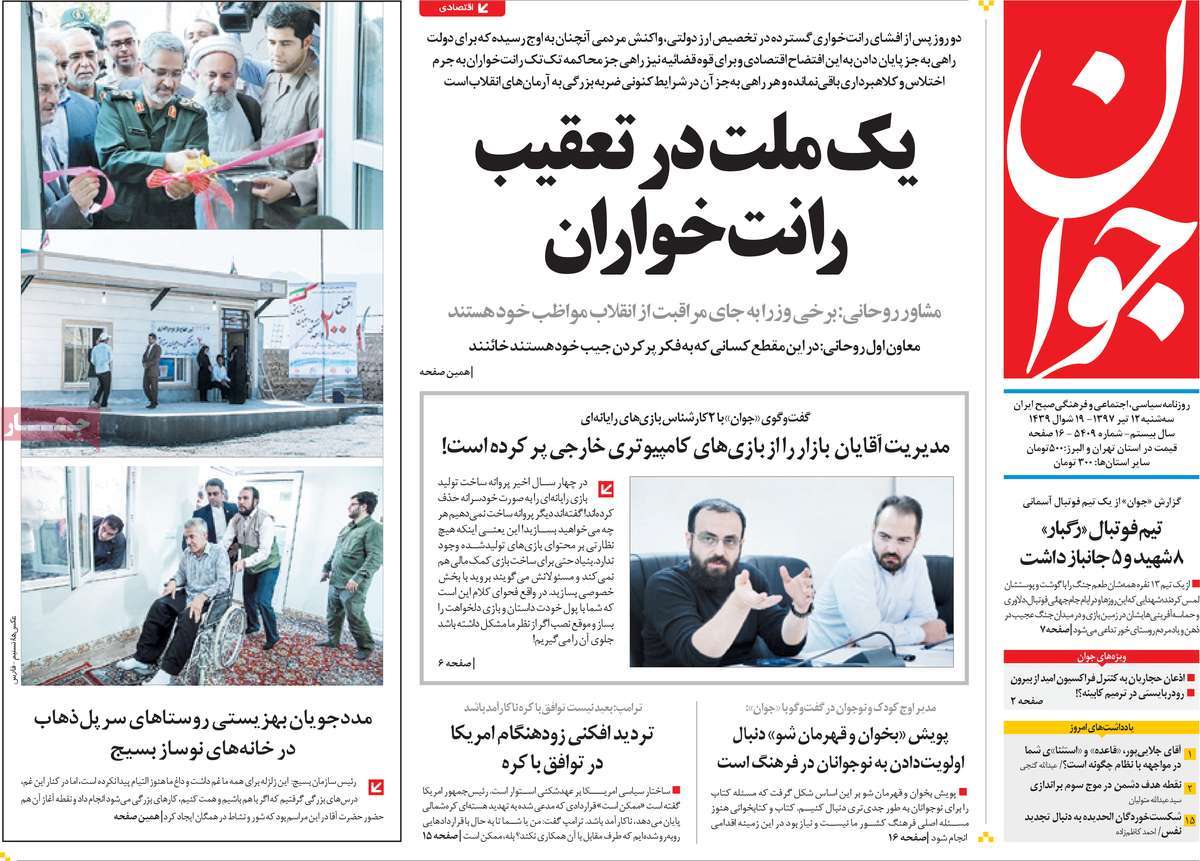 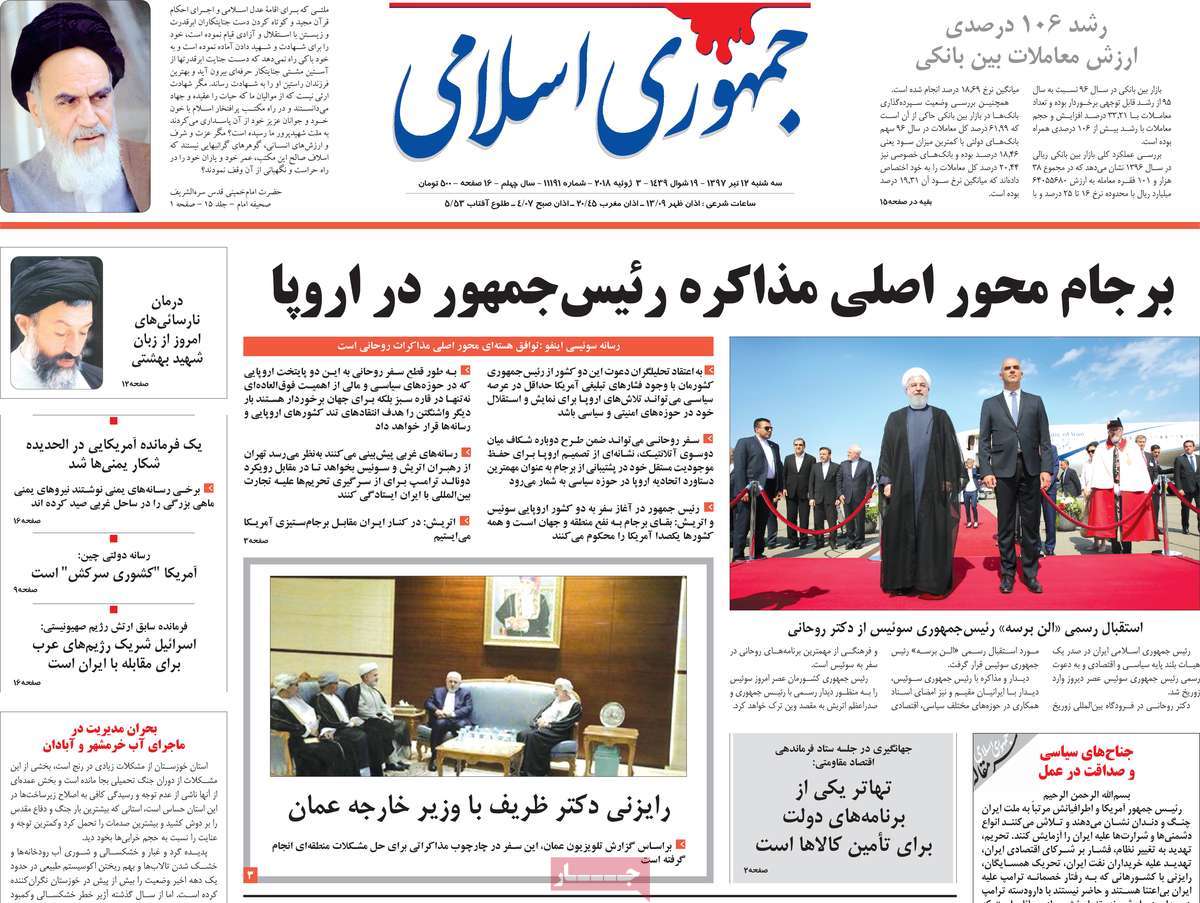 1- Iran First VP: JCPOA Had “Almost No Achievement” in Banking 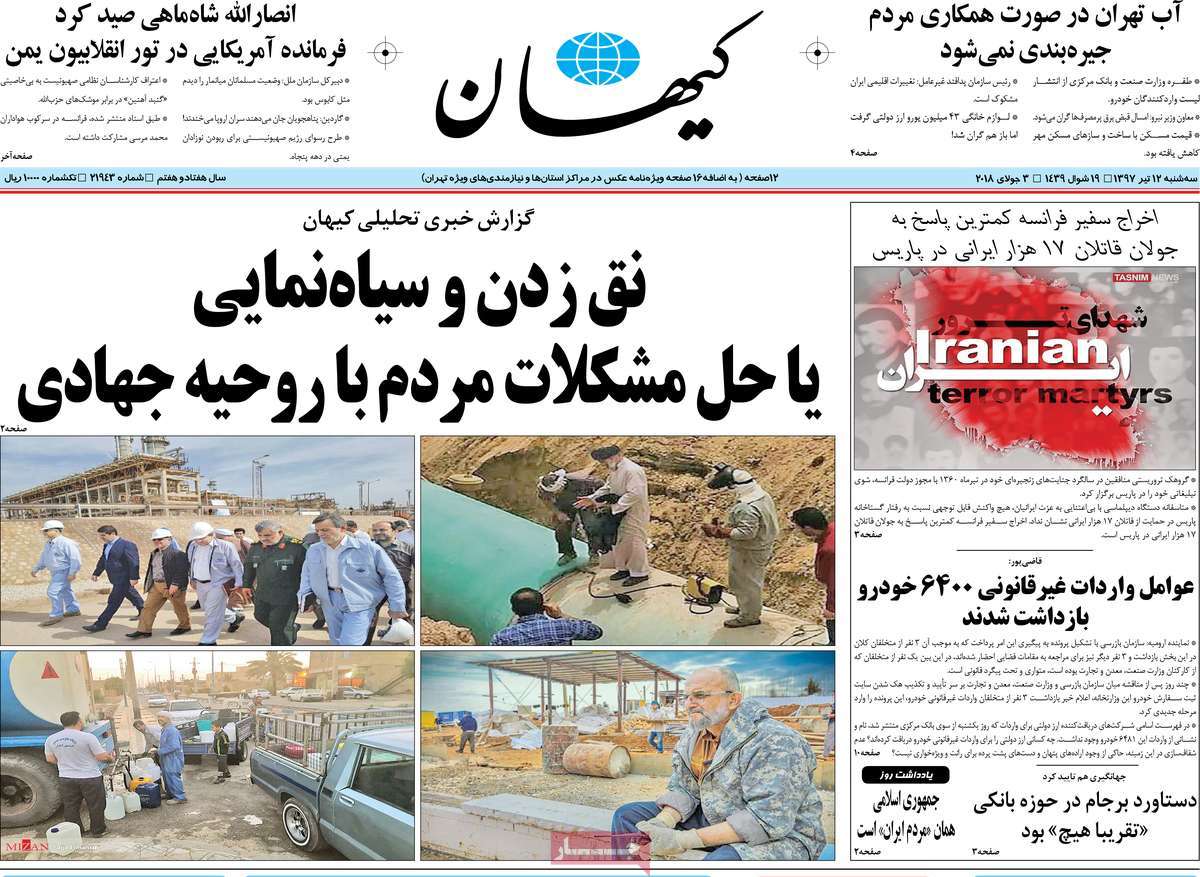 1- Return of Obama: Former US President to Organize Democrats for 2018, 2020 Elections 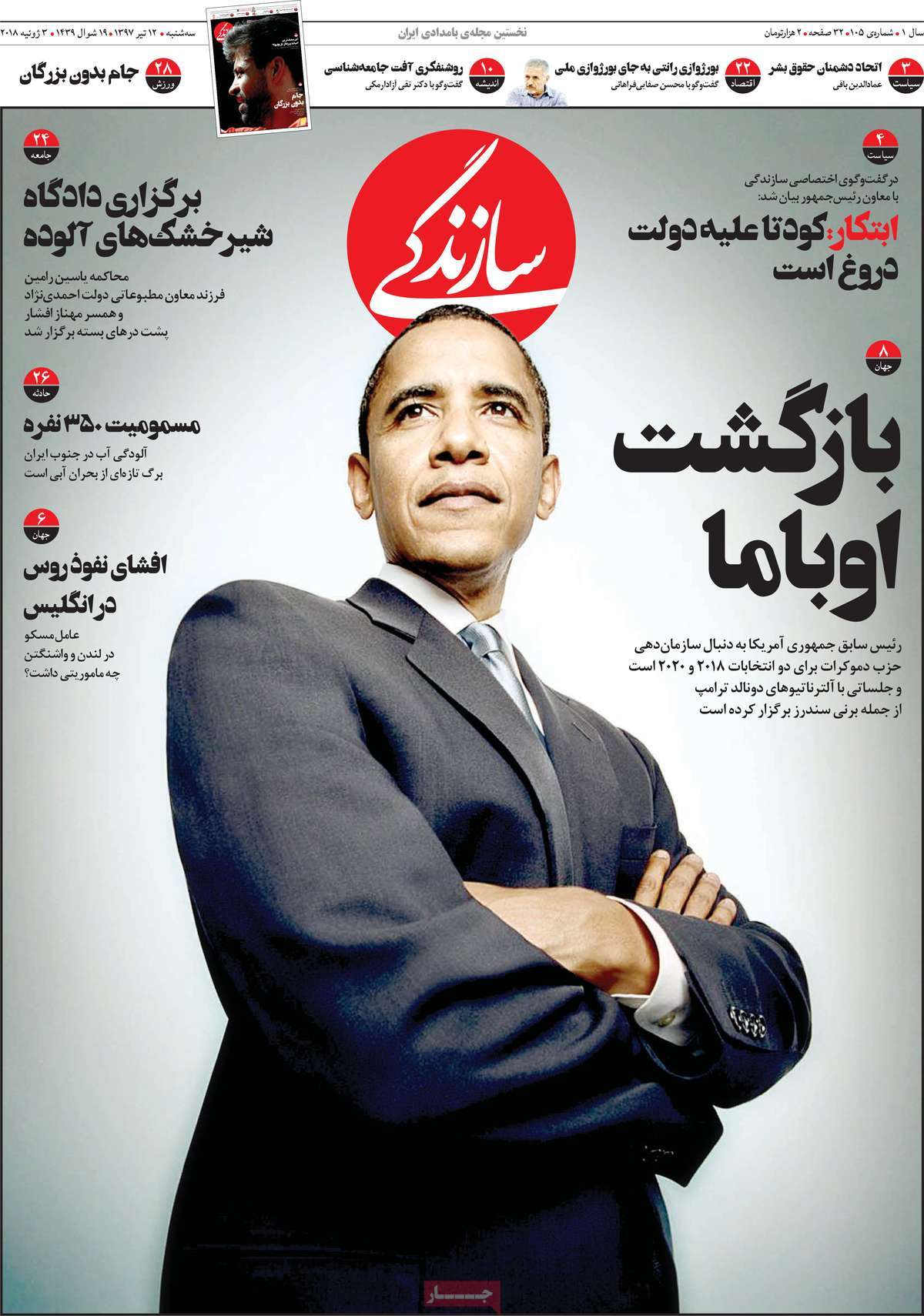 2- Austria: We’re Resolved to Stand against Those Opposing JCPOA 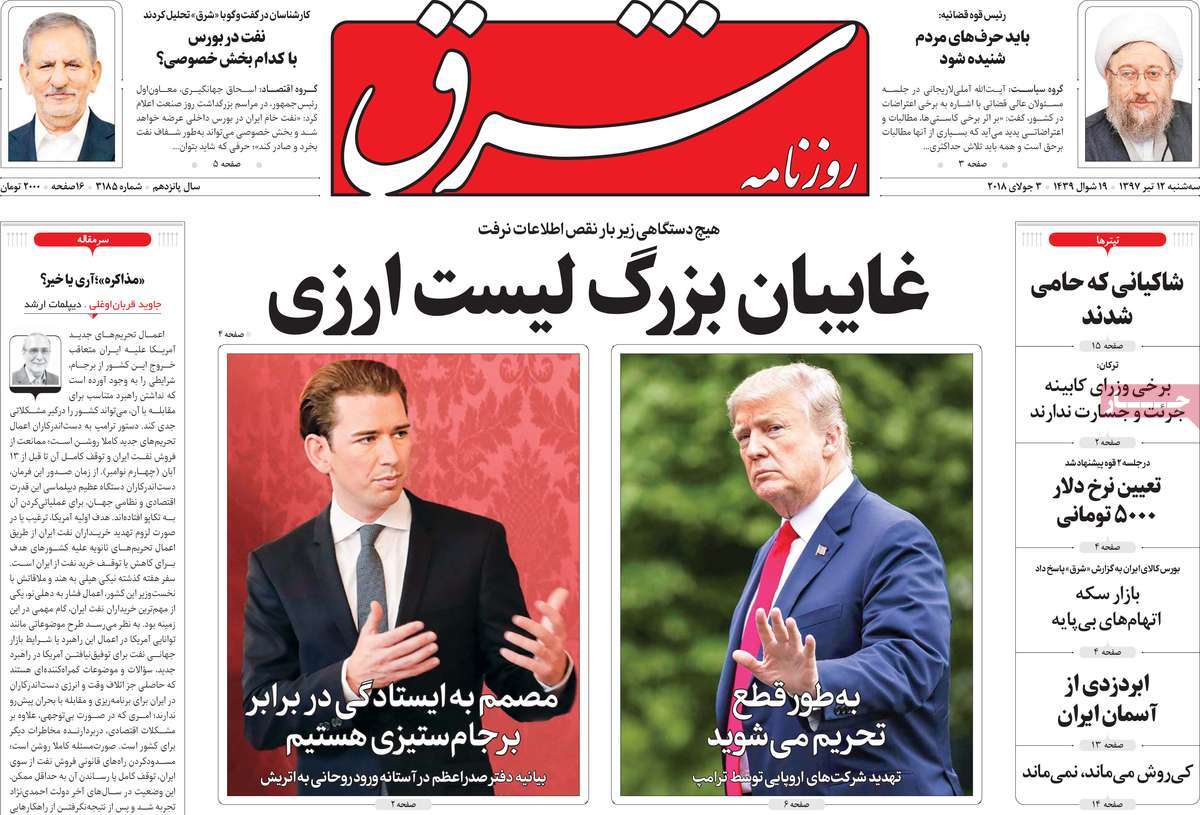 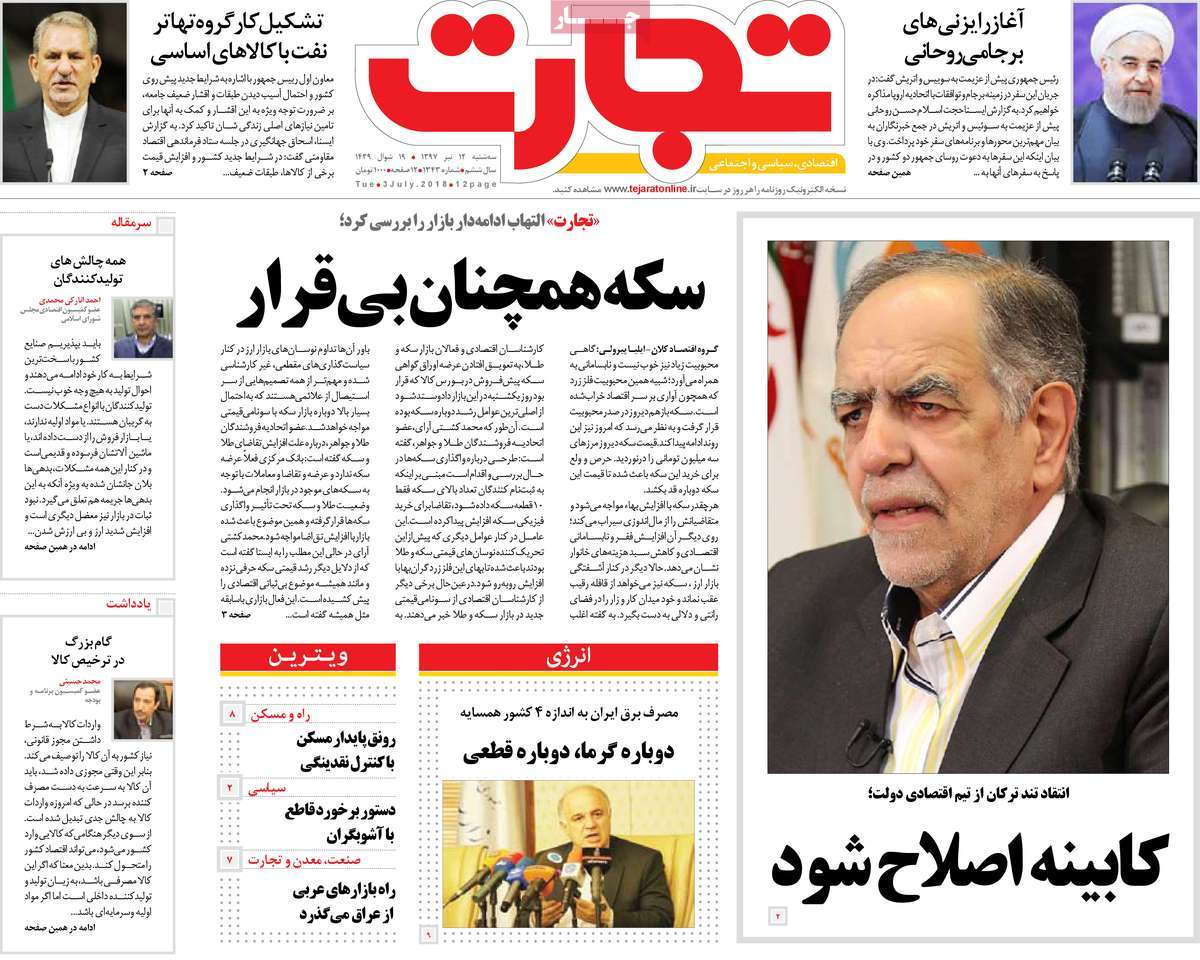 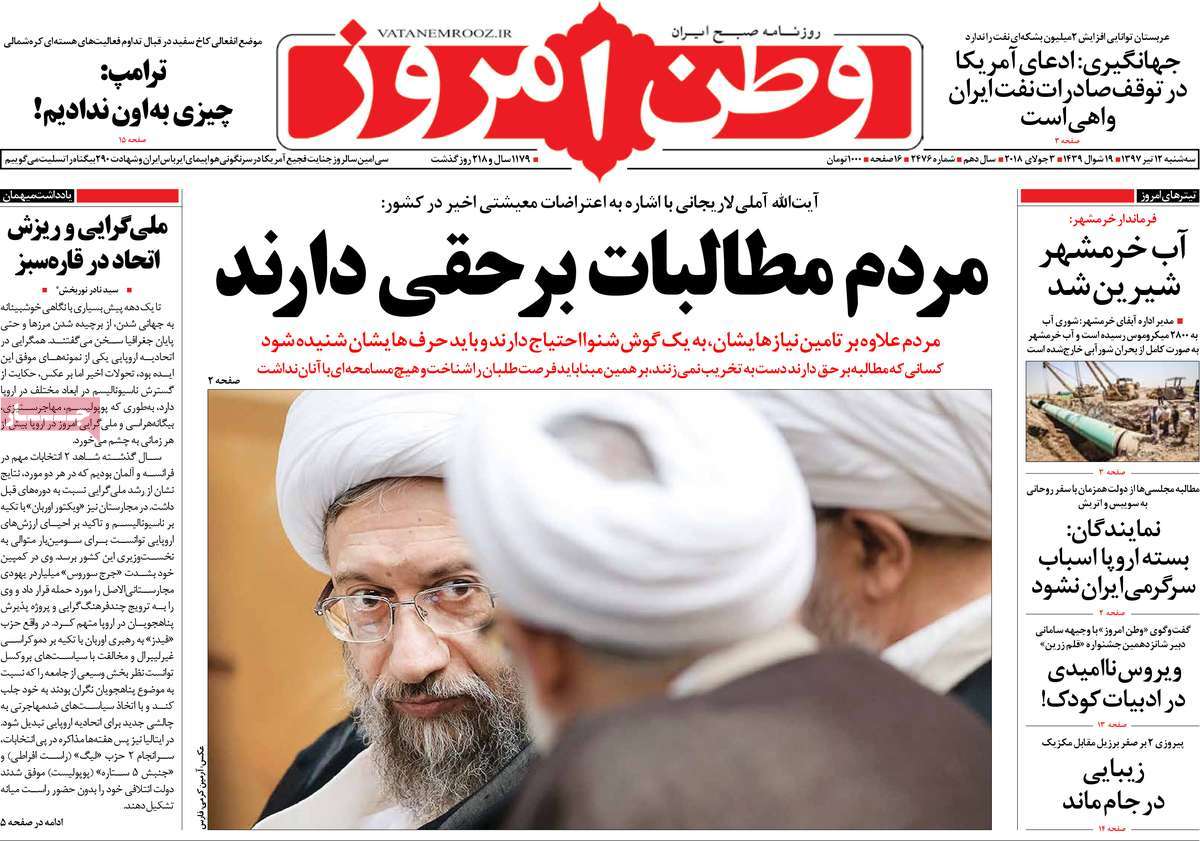