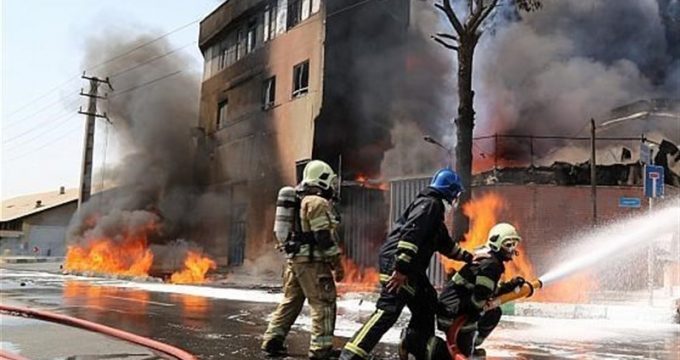 Talking to IRNA, Jalal Maleki said the fire broke out on Monday (July 2) at 15:00 PM local time and the firefighters immediately reached the scene.

Maleki said so far 29 people have been wounded in the accident of which two of them are firefighters.

He said the rescue operation for finding the missing workers is still underway in the factory.