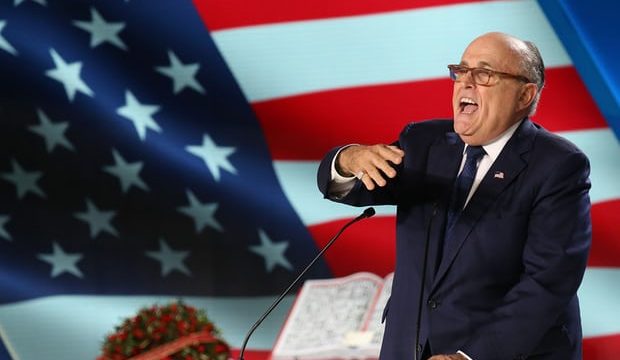 Giuliani spoke to the National Council of Resistance of Iran (NCRI), an umbrella coalition largely controlled by the Mujahedin-e-Khalq (MeK), which was once listed as a terrorist organisation in the US and Europe and is still widely viewed as a Marxist-Islamist cult built around the personality of its leader, Maryam Rajavi.