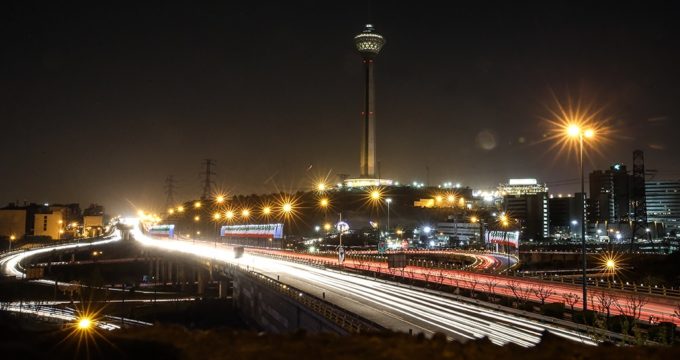 Sputnik – The US is pushing Tehran’s economic partners to curb their imports of Iranian oil as it prepares to re-impose sanctions on the Islamic Republic. Sputnik has discussed the issue with two Moscow-based experts.

In an interview with Sputnik, the Russian Institute of Strategic Studies expert Azhdar Kurtov said that “not a single Asian state, let alone India or China, will rush to toe Washington’s line.”

“All the more so, since both India and China have serious across-the-board ties with Iran, including a number of major projects in transport and logistics now in the pipeline. If Asian states join the anti-Iranian sanctions, these projects will remain on paper, that’s why we’ll see a serious fight for Iranian oil,” Kurtov said.

He added that the US warning to its allies and partners to end their Iranian oil imports by November, is meant to allow Washington US to fill the gap and “check the economic growth in the developing countries,” above all in China and India.

Irina Fyodorova, an expert with the Institute of Oriental Studies in Moscow, told Sputnik that China, just like India and South Korea, have past experience of responding to US bans on Iranian oil exports.

“During the previous round of sanctions, payments for oil supplies were not made in US dollars. This was either a barter or the money was deposited in Chinese and Indian banks. These funds were returned to Iran after the nuclear deal was signed in 2015. I believe that although China and India will downsize their oil imports from Iran, they will not roll them up altogether,” Fyodorova noted.

“There will be a gradual reduction and I think that for all the bullishness the current US president is known for, [Asian countries] will still take their time zeroing their oil imports from Iran,” Fyodorova concluded.

Washington is advising India to think whether Iran really is a country it wants to continue doing business with, US Ambassador to the UN Nikki Haley said in an interview with NDTV on Friday.

She added that reconsidering ties with Tehran would make India less dependent on Iranian oil supplies.

It added, however, that New Delhi does not recognize unilateral restrictions imposed by Washington, and instead follows UN sanctions.

At the same time, senior US officials were in Europe, the Middle East and Asia pressing local governments to wind down their crude imports from Iran.

These words were not lost on Beijing, whose official diplomatic spokesman Lu Kang said that China and Iran were good friends and maintained close economic, trade and energy ties fully in line with international law.

On Friday, The Global Times quoted several Chinese experts as saying that Chinese enterprises will not follow the example of the European firms and will not pull out of Iran after US sanctions kick in.

Right now there are nearly 100 Chinese companies working in Iran and investing in the country’s energy, auto-making and infrastructural sectors.

Earlier, Bloomberg reported that more than a dozen European companies had either suspended or cut off trade and investment deals with Iran to avoid being sanctioned by Washington.

During the previous round of anti-Iranian sanctions, India and China were among a handful of countries to continue buying Iranian oil.