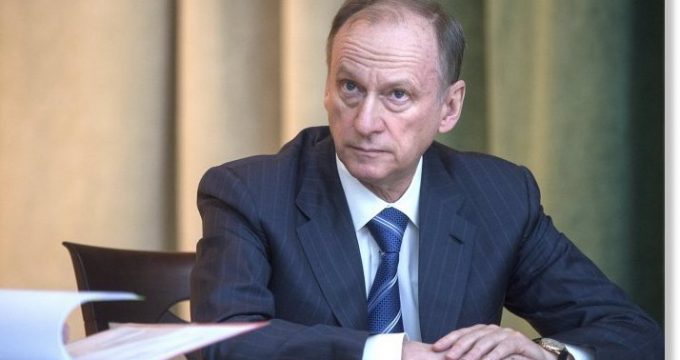 “Member-states of BRICS (Brazil, Russia, India, China, South Africa) need to work out joint responses to today’s tough challenges. Among them are mounting tensions and confrontation, the rising use of force, the erosion of the system of international law, and neglecting multilateral structures, including the United Nations, which is particularly clear given the background of unilateral actions aimed at undermining major international agreements,” Patrushev detailed.

“I mean the Joint Comprehensive Plan of Action on the Iranian nuclear program and Middle East peace policies,” he emphasized.

According to the Russian security chief, against this background, there is the need to ensure strict compliance with international law, the goals and principles of the UN Charter, including sovereign equality and non-interference in domestic affairs of other states, and also build on collective approaches and defend the principles of indivisibility of the international system.

“The attempts at using double standards and unilateral measures of influence in violation of the fundamental statutes and regulations, and moreover military force, are unacceptable,” the top security official noted.

“We should create a united front in the fight against the drive by certain states to preserve hegemony in global affairs at the expense of other countries,” Patrushev stressed. Amid surging global and regional turbulence, BRICS acts as a crucial stabilizing factor in global affairs,” he pointed out.

According to Patrushev, BRICS members share views on key global issues and actively cooperate at major international platforms, including the United Nations, the G20, the International Monetary Fund and the World Bank.

Patrushev has accused the West, specifically, the US of trying to counter efforts to shape a multipolar world.

“The West led by the US insists that the departure from the so-called liberal world order is tantamount to plunging into chaos,” he said at a meeting of BRICS High Representatives for Security Issues. “Various methods of pressure – economic, information, psychological, military and political – are used.”

“The process of shaping a more fair polycentric world order has been very difficult,” he said. “This objective process is facing counteraction by those seeking to retain their dominance in the world.”