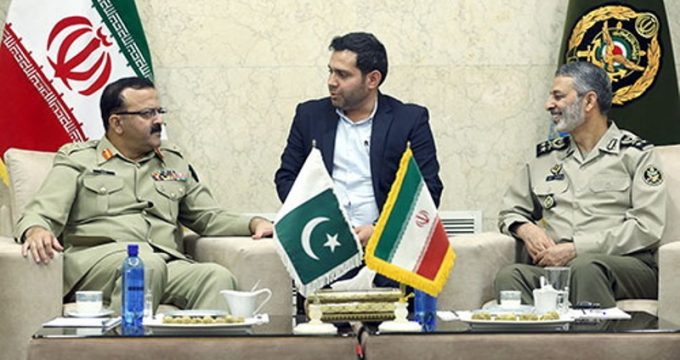 Gen Mousavi made the remarks in a meeting with visiting Pakistani Chief of General Staff Lt-Gen Bilal Akbar in the Iranian capital.

Referring to good interaction between armed forces of Iran and Pakistan in different ground, navy and air force areas, the Iranian commander said the relations between Iran and Pakistan are expected to be promoted day by day.

He expressed hope that proposals offered in the meetings will be pursued and become operational.

‘We have had good military relations with Pakistan since old times and have been cooperating in exchange of students and intelligence, and in holding joint war games,’ Gen Mousavi said.

The Pakistani side, for his part, expressed satisfaction with the visit to Iran, calling for more enhanced relations to establish regional and border security.

‘We have mutual threats on the borders and in order to maintain the interests and resources of the two countries, accurate and serious cooperation are on the agenda of defensive, military and security forces of Pakistan and Iran,’ Gen Akbar said.