A look at Iranian newspaper front pages on June 30

Iran Front Page – IFP has taken a look at the front pages of Iranian newspapers on Saturday, June 30, 2018, and picked headlines from 19 of them. IFP has simply translated the headlines and does not vouch for their accuracy.

Newspapers today widely covered the US’ decision to stop Iran’s oil exports by dissuading its clients, and Tehran’s reaction to the ambitious plan.

President Hassan Rouhani’s inauguration of the second phase of the Persian Gulf Star Refinery in Hormozgan province, which will make the country self-sufficient in petroleum, also received great coverage.

Also a top story was the ongoing water crisis, particularly in the south-western province of Khuzestan.

1- Iran to Stop Fulfilling Commitments If US Sanctions Re-Imposed 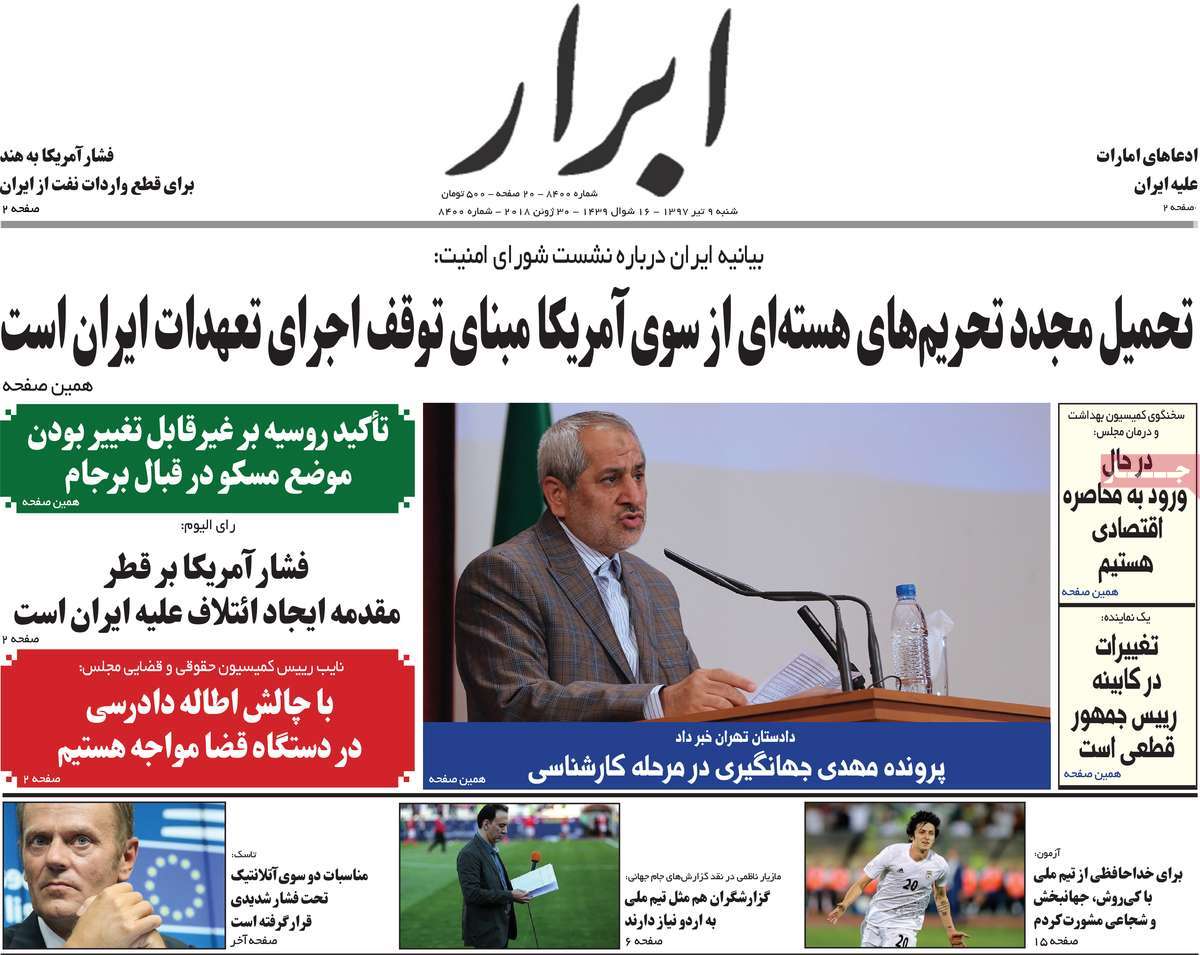 1- Will Moscow Turn Its Back on Iran? 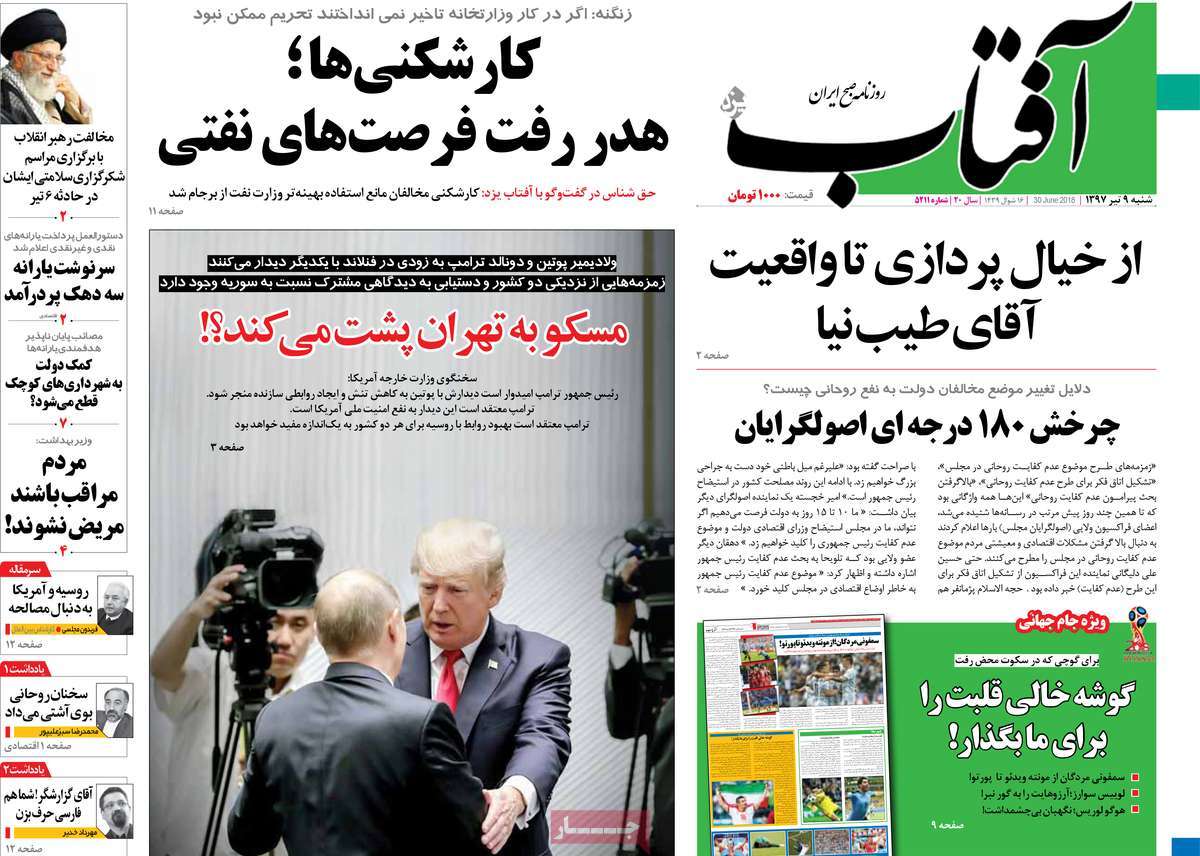 2- Star of Self-Sufficiency in Petroleum Shining 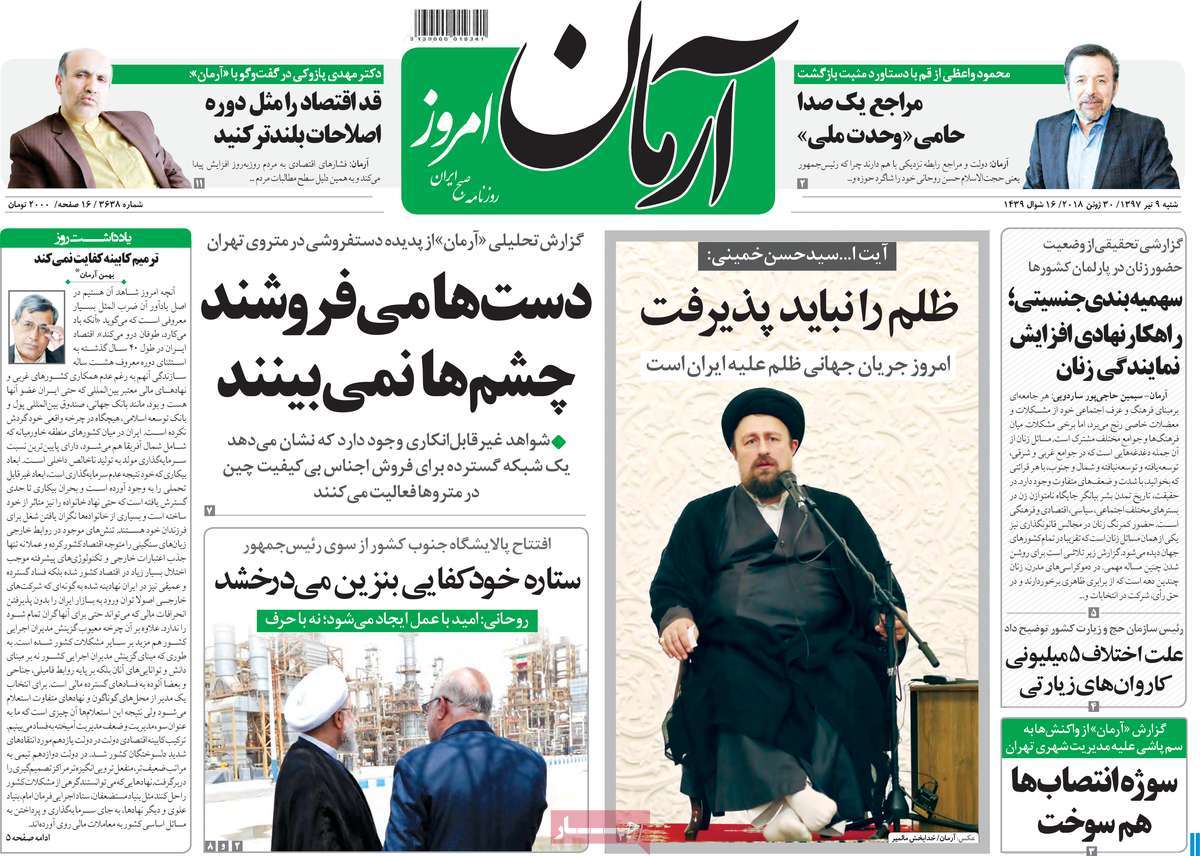 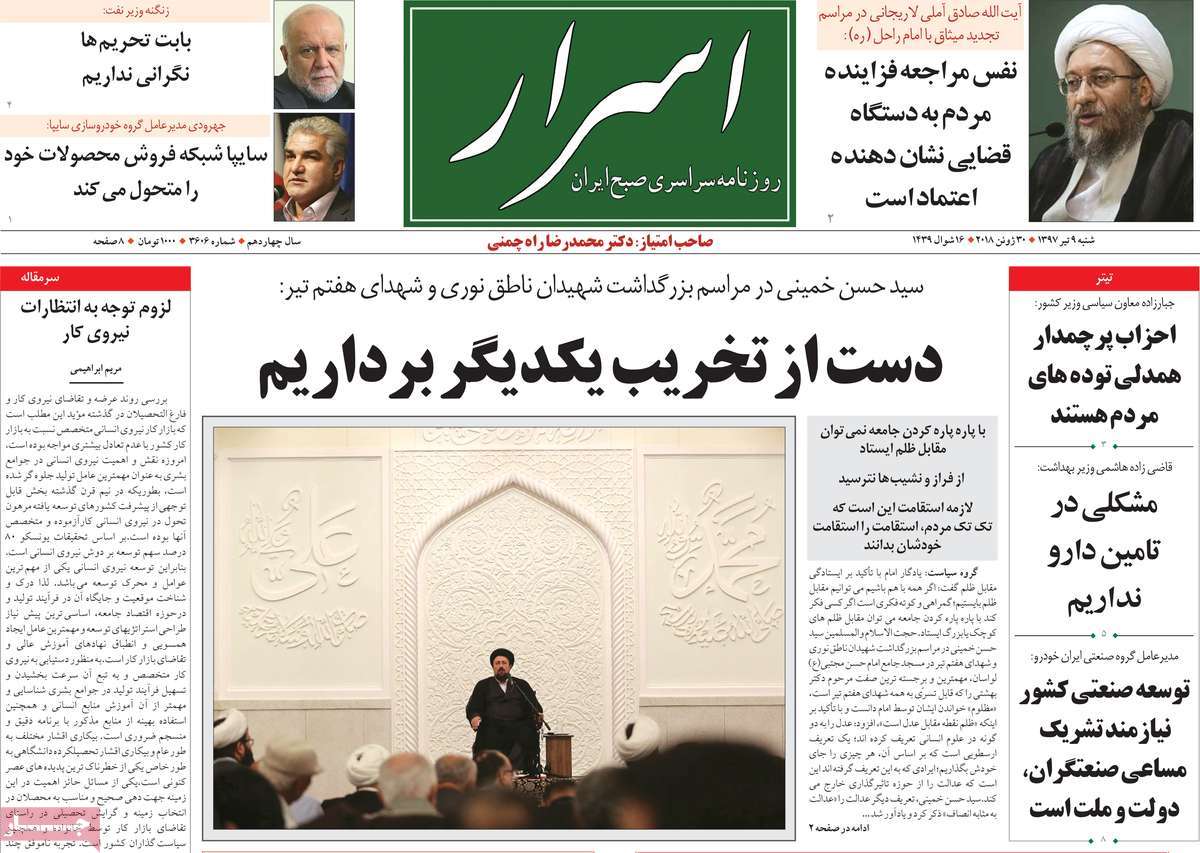 1- Zarif to Pompeo: Those Living in House Made of Glass Shouldn’t Throw Stones

2- US May Show Flexibility after Trump’s Impractical Promise 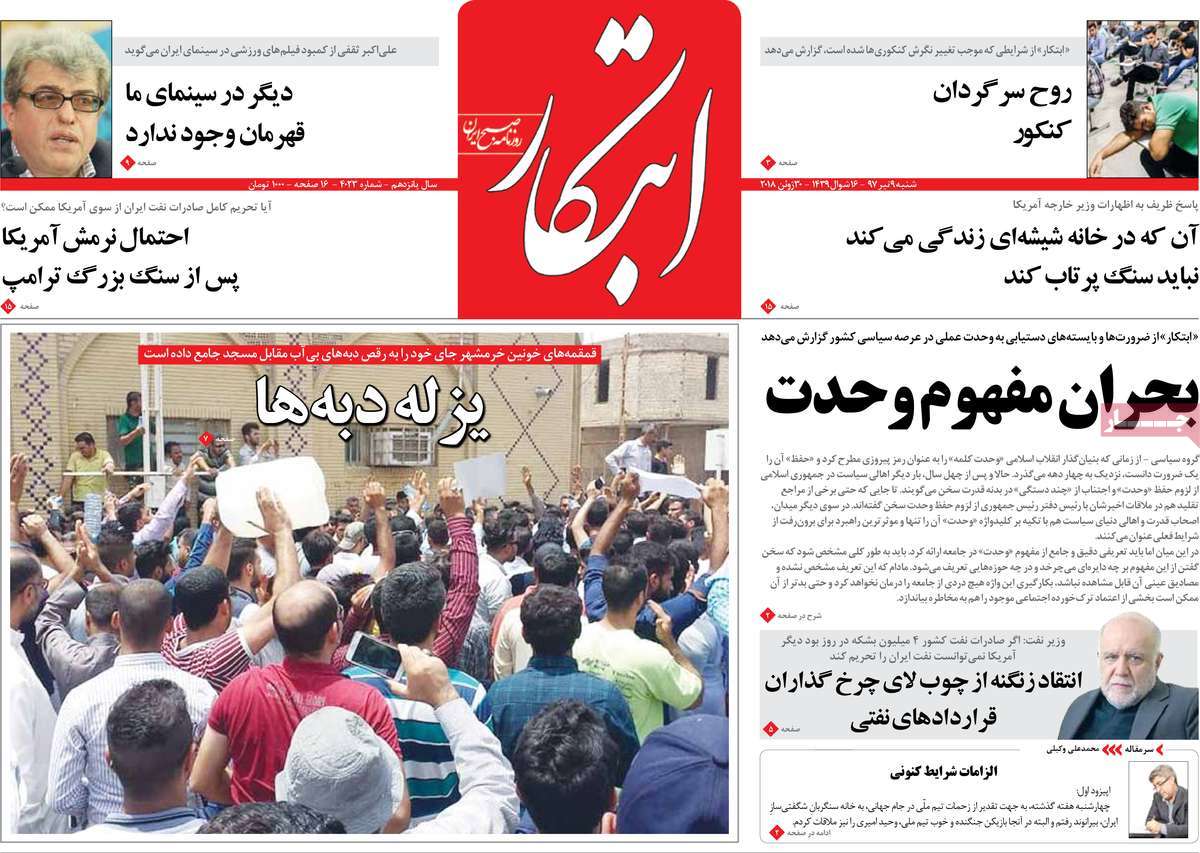 1- Oil Bluff: Saudis Renege on Their Promise after OPEC Agreement 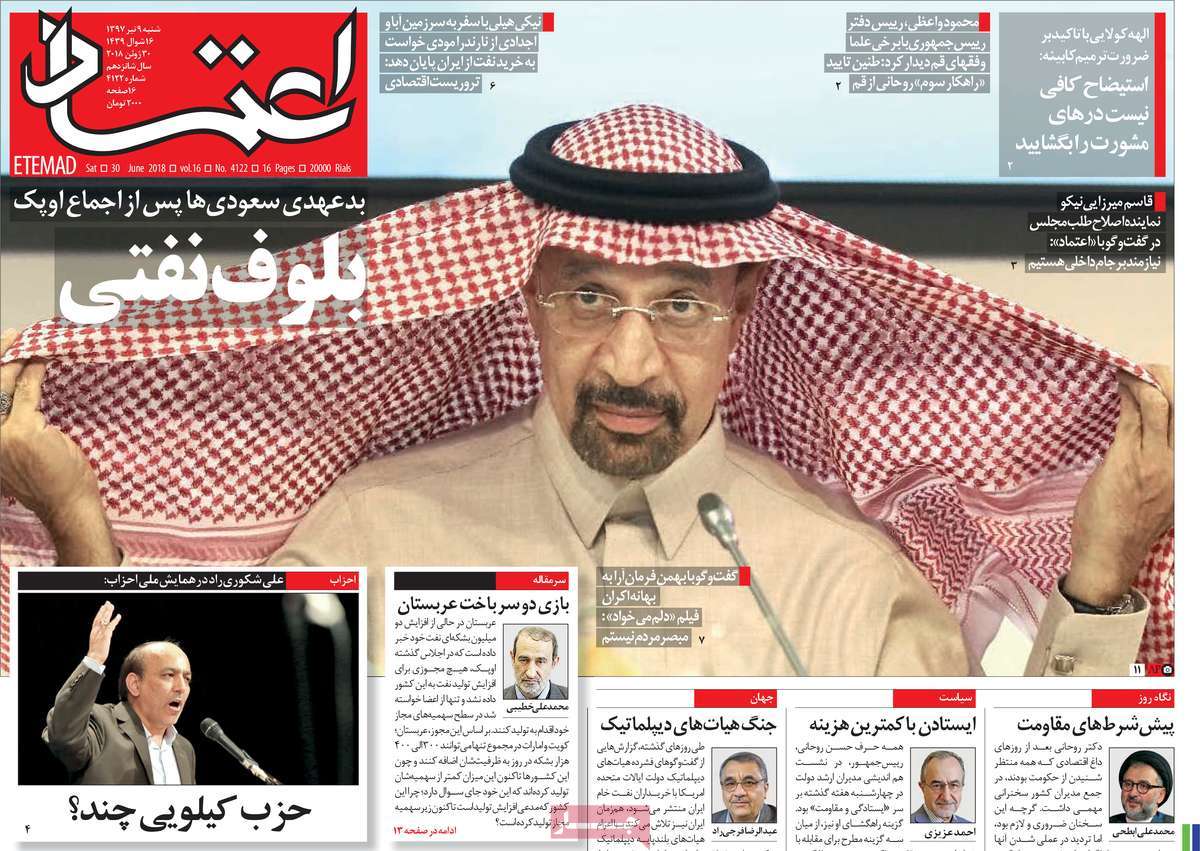 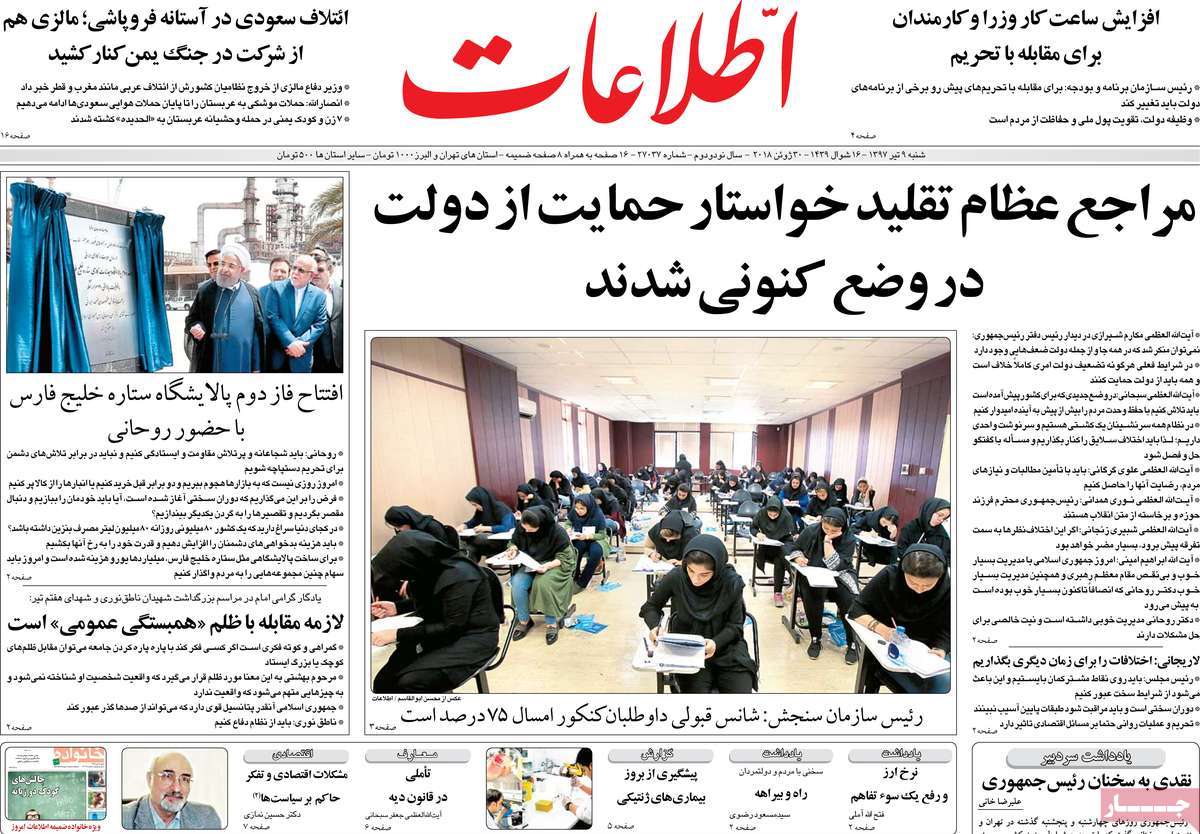 1- Tankers Used to Distribute Water among People of Abadan, Khorramshahr in SW Iran 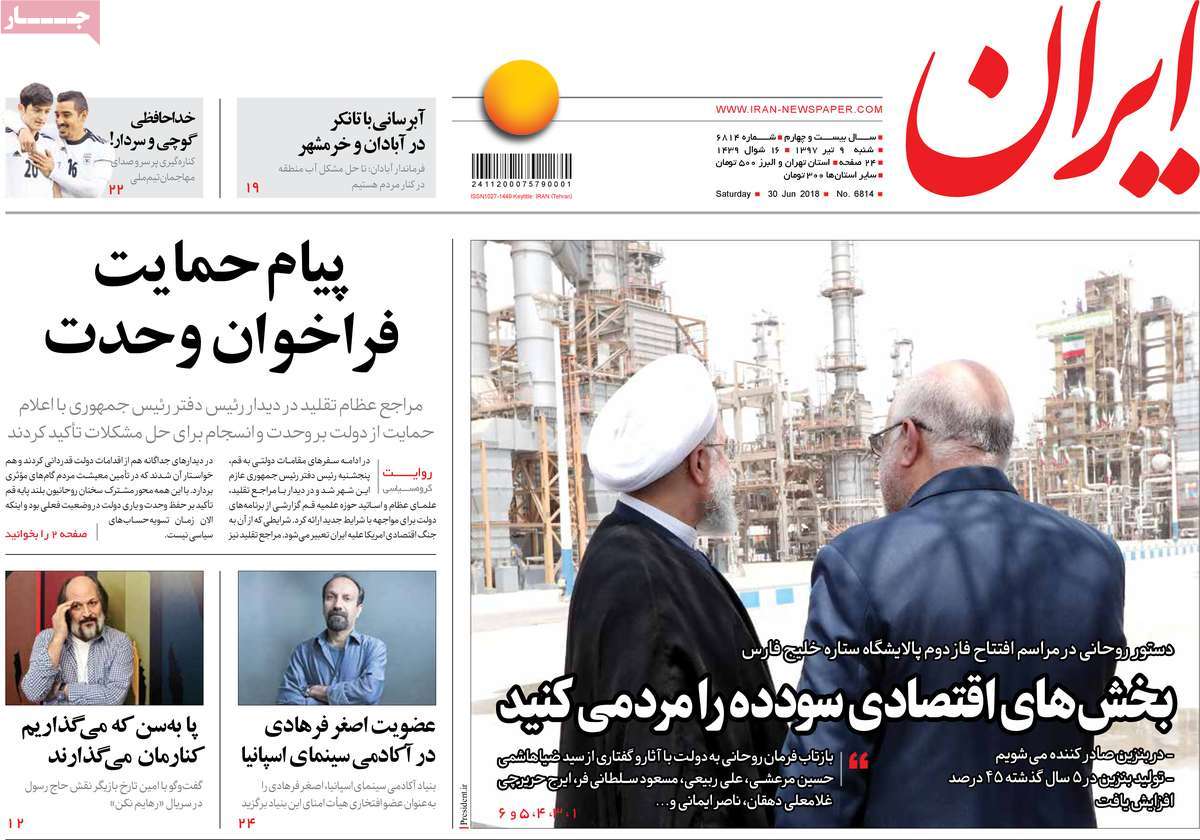 1- Iran’s Response to US’ Oil Threat 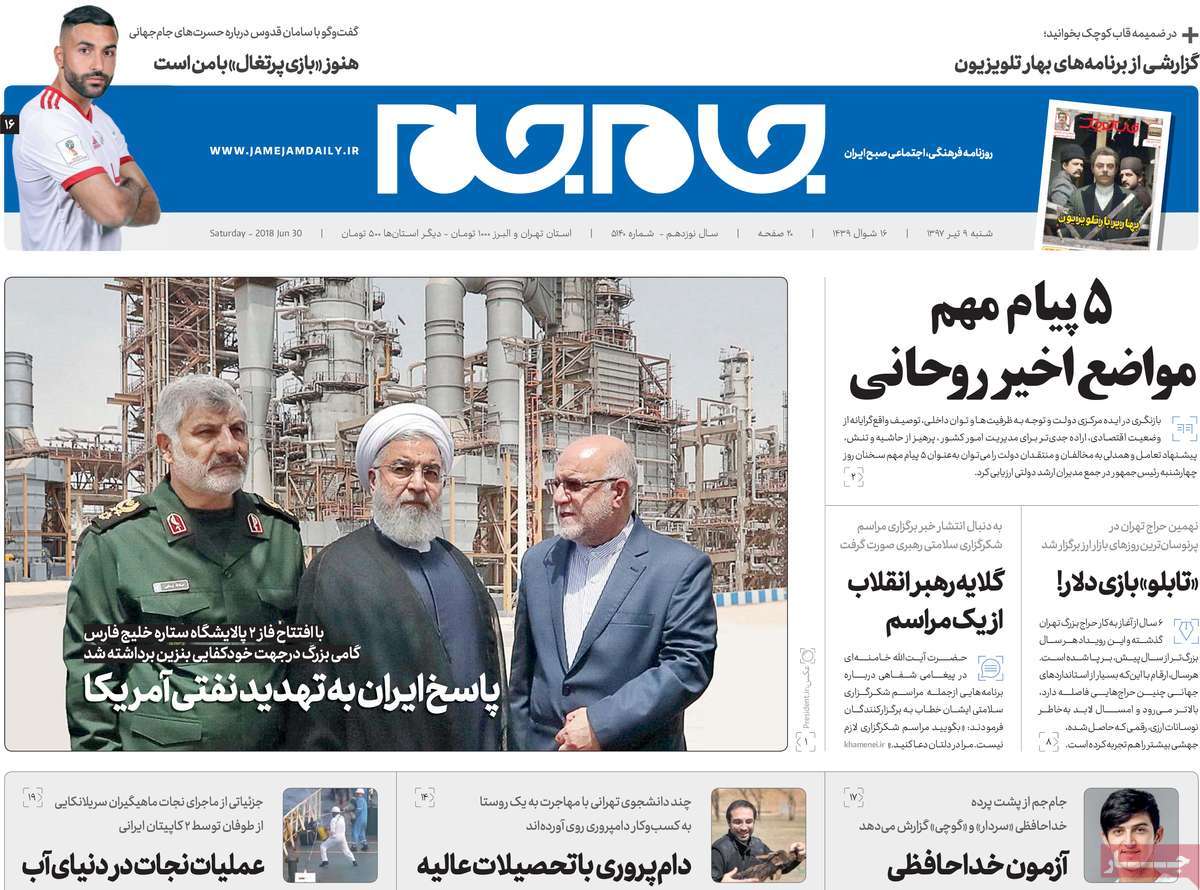 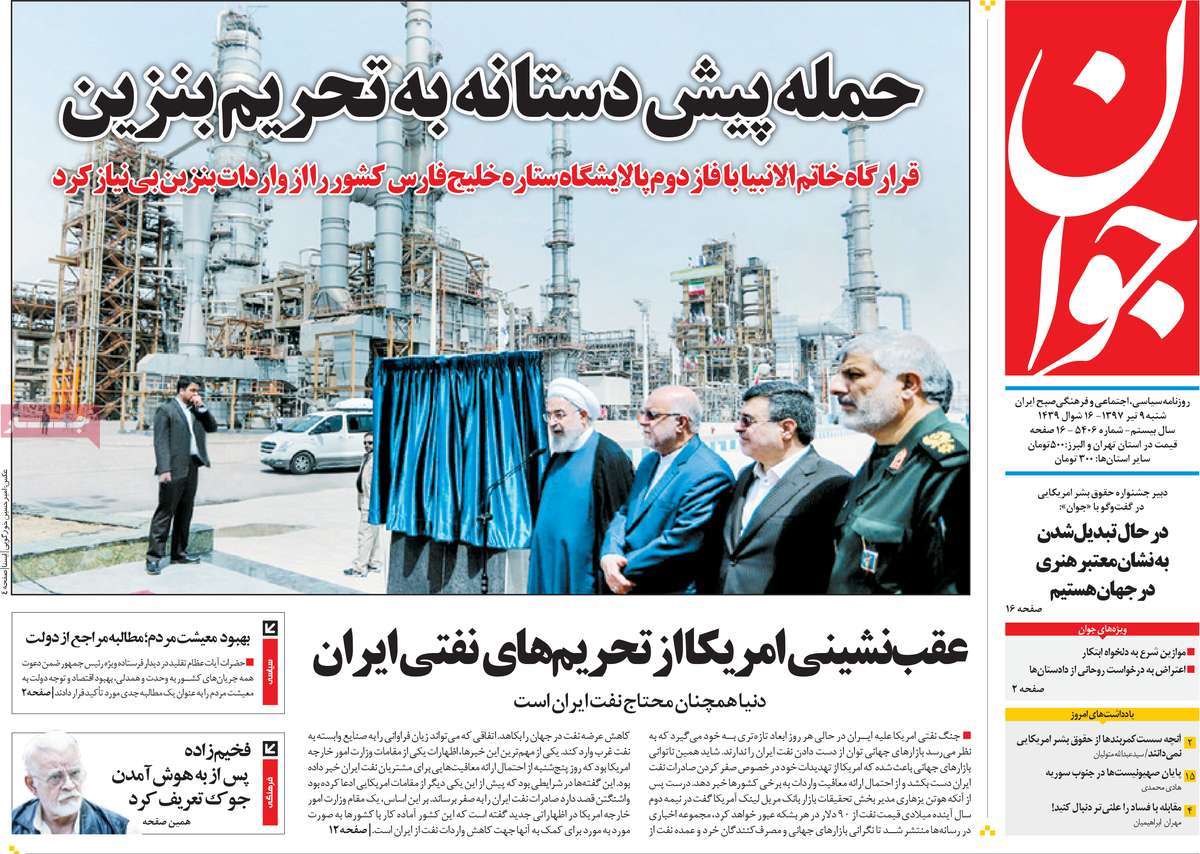 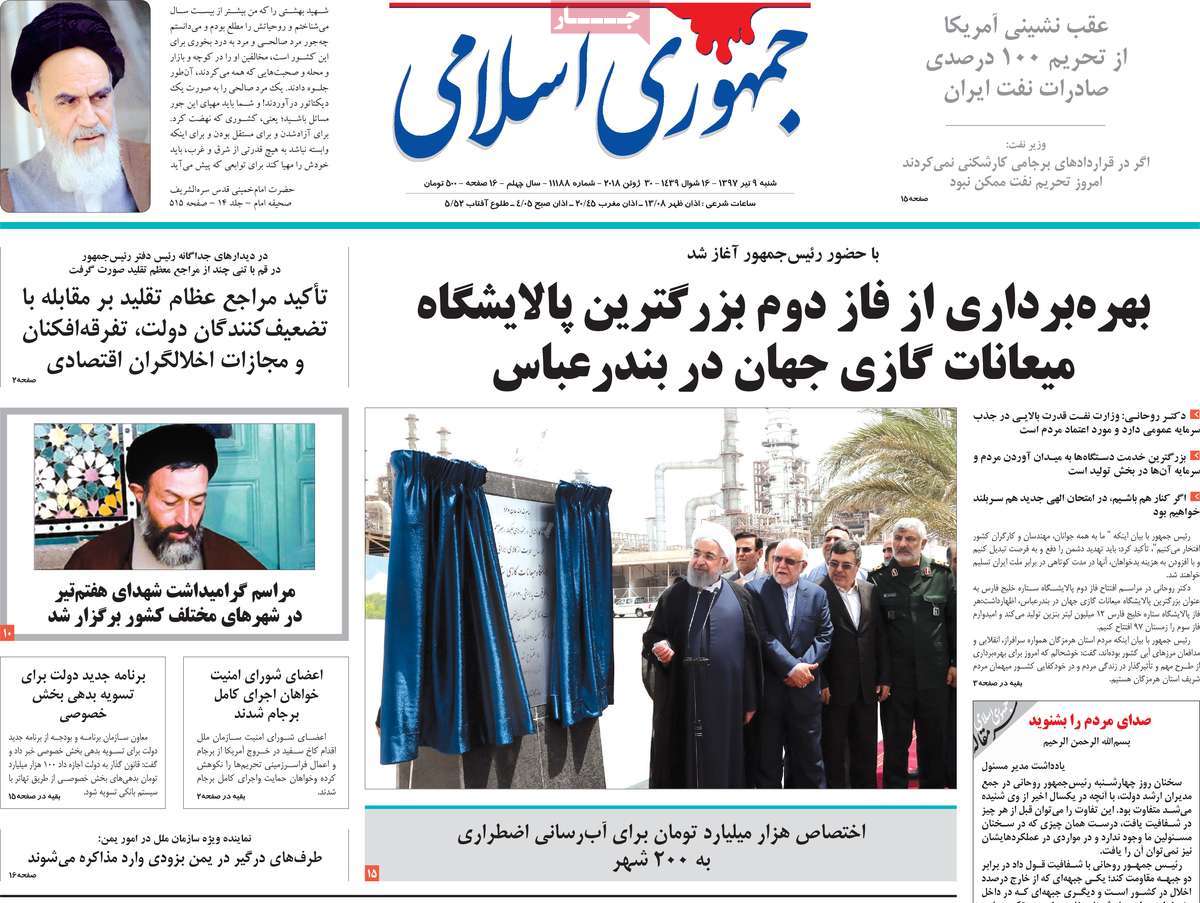 2- Conservative MP: Revolutionaries Not after Impeachment or Resignation of Rouhani 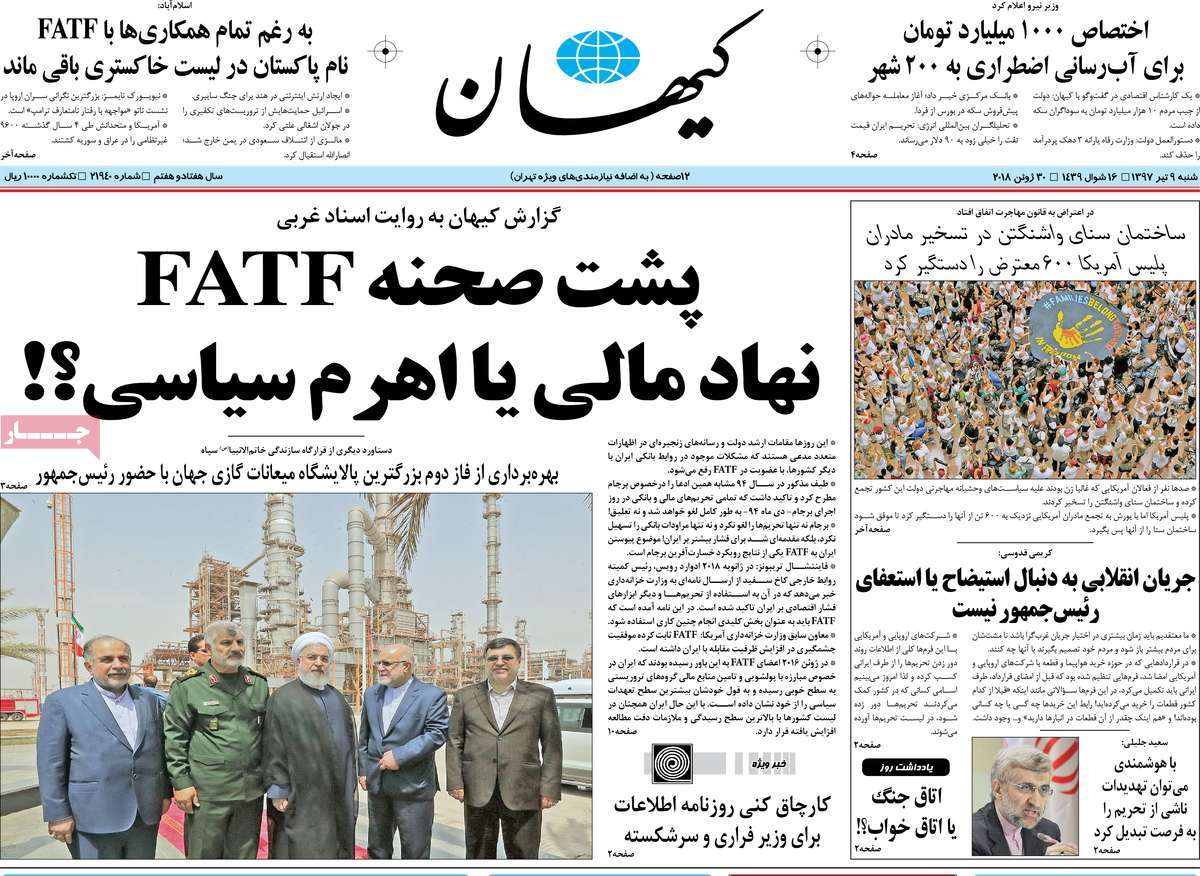 1- All Political Movement Back Government 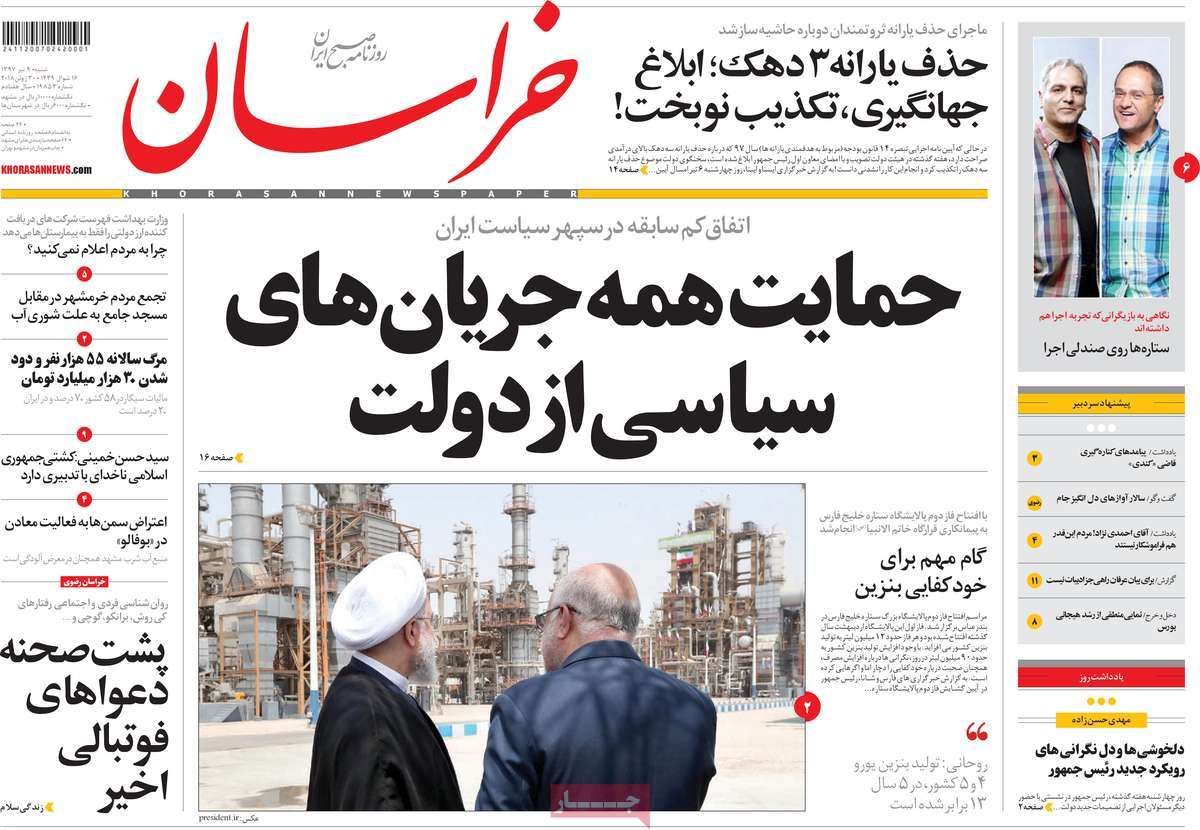 1- Iranian People’s Lives Have Always Been Gripped with Drought 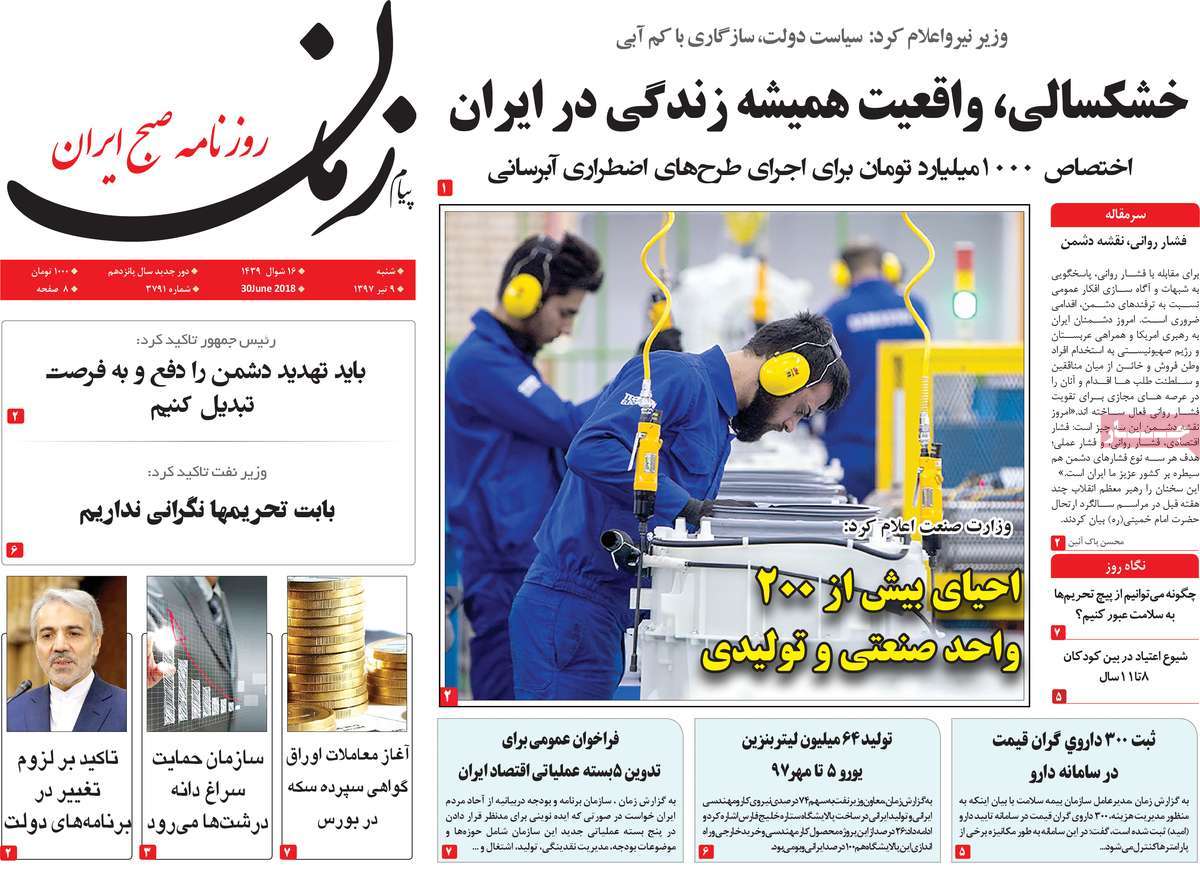 1- Rouhani: We’ll Stand against US, Forcing It to Surrender 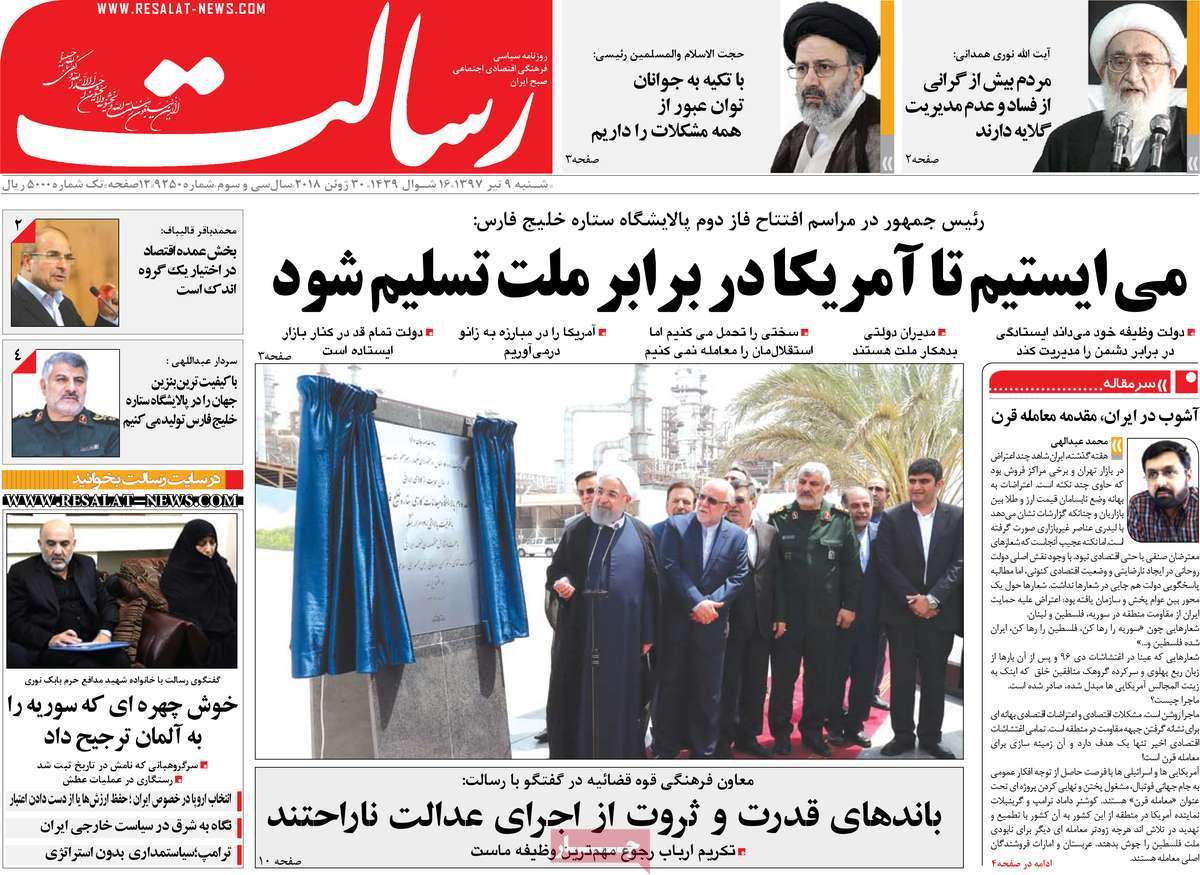 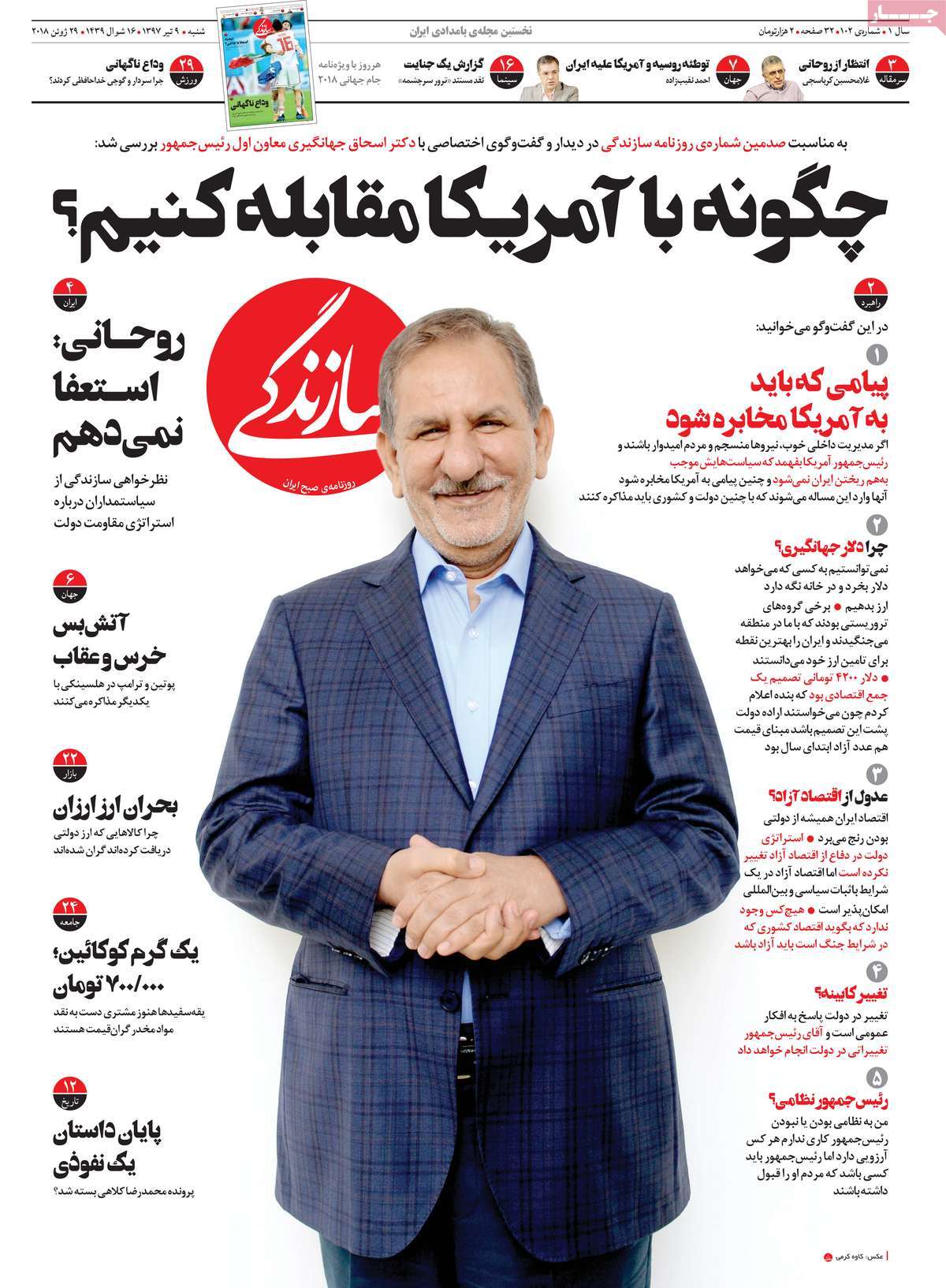 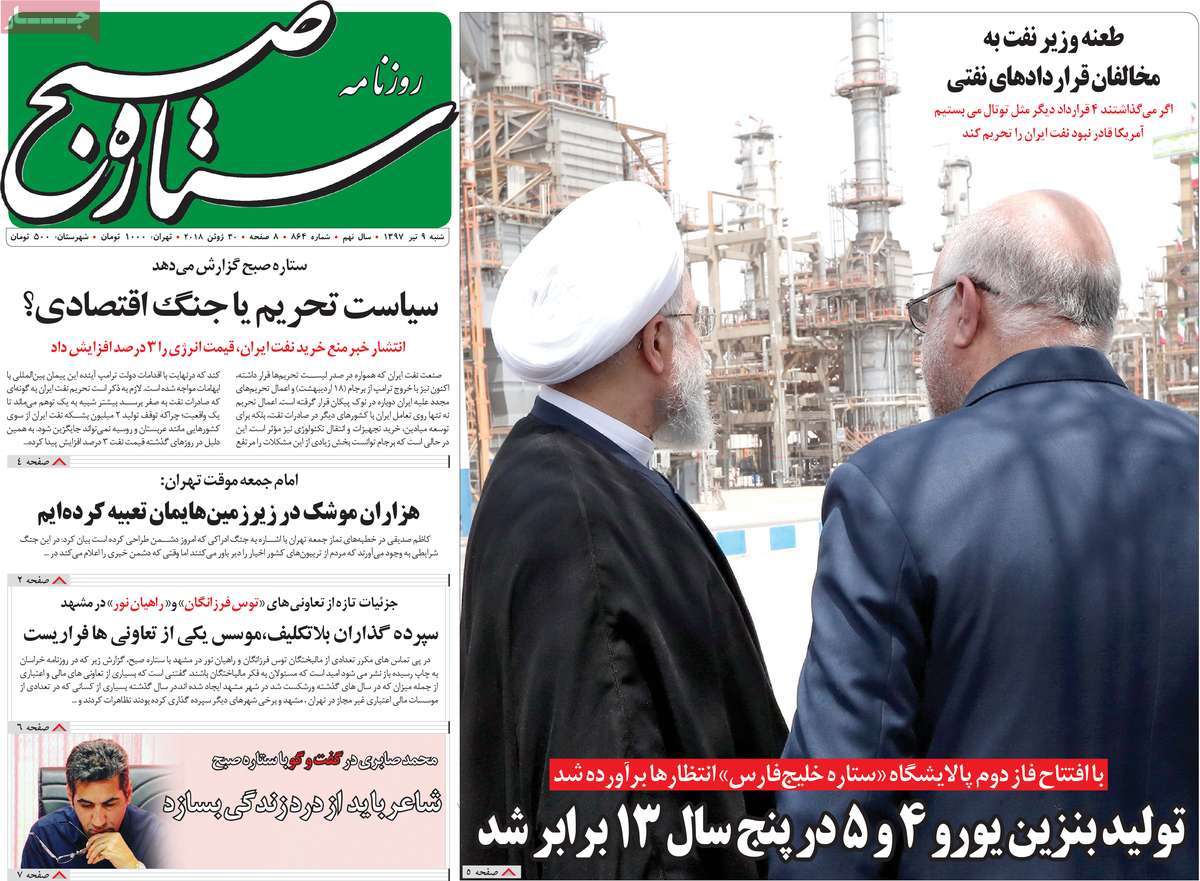 2- Iran Gaining Concessions from US 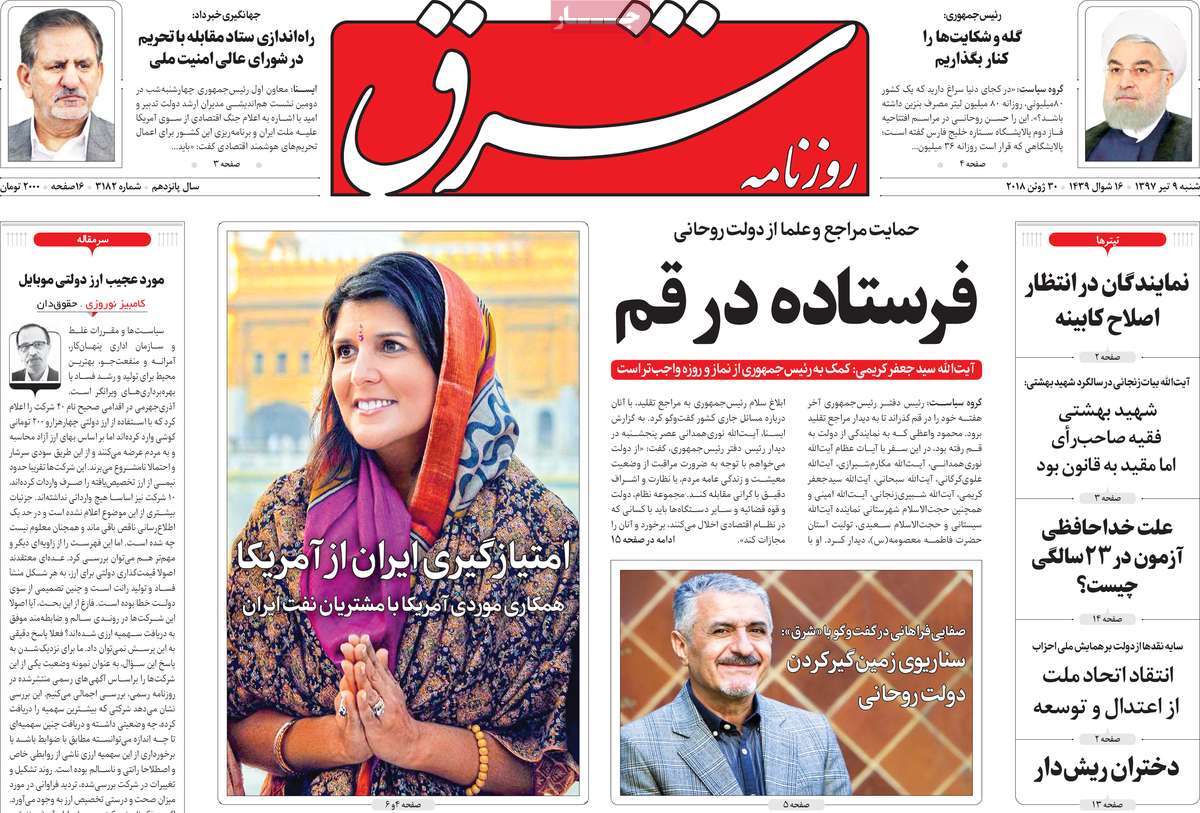 1- ATR in Talks with US to Deliver Planes to Iran