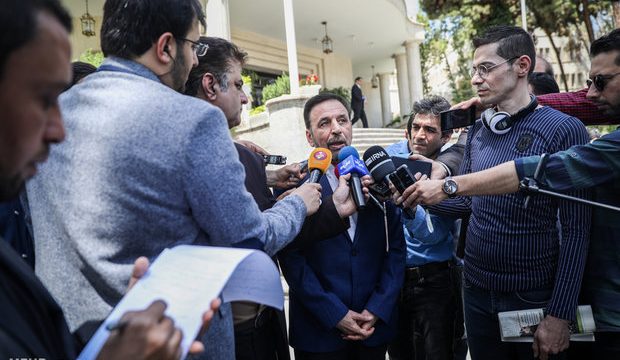 MNA – Chief of Staff of Iran’s president, Mahmoud Vaezi, said President Rouhani’s letter to leaders of UK, France and Germany reminded them of the little time they had to come up with a mechanism to safeguard the nuclear deal after US pullout.

Mahmoud Vaezi told the media that considering the fact that the time given to the European sides to the nuclear deal to give solid guarantees to Iran was running out, the Iranian officials reached an agreement to ask president Rouhani to write a letter to the heads of the three European countries of UK, France, and Germany.

“We decided to have President Rouhani write a letter to French president, German chancellor, and British prime minister, recounting our approach to the JCPOA, our demands and the framework in which we believe,” said Mr. Vaezi.

The letter stressed that time was short, he added.

“Naturally this letter has been written according to the principles of the Establishment. God willingly, we will be able to benefit from the JCPOA once we reach an agreement with the EU and the three European signatories to the deal,” he asserted.

“We did not ask for a response to the letter,” he said after being questioned if the European heads of states have yet replied to the letter. “We only wanted to declare our own views at the highest level.”

Earlier, Vaezi had confirmed that such letter had been penned by President Rouhani and addressed to the three European leaders, saying “the letter was written after the US withdrew from the JCPOA.”

Following the US pullout from the 2015 Iran nuclear deal on May 8, the other signatories to the deal, including UK, Germany, France, Russia and China, have been in talks with Iran to make sure the agreement stays. Iran says it will not accept to remain committed to the deal under US sanctions, calling on the European sides to provide solid guarantees that the country’s economic interests will continue to be met despite the risk of US sanctions.