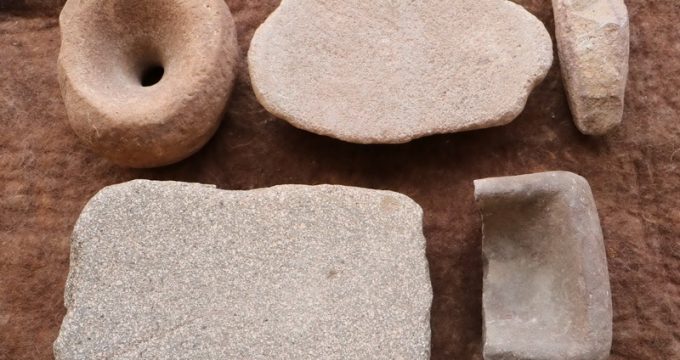 IRNA – The 9000-year-old Emadeddin enclosure which is the seventh site of the Neolithic period enjoying the oldest culture of village dwelling in the eastern half of the Iranian plateau, was determined despite the destruction of parts of the area due to orchards and ring road.

The Public Relations Office of the Research Institute of Cultural Heritage and Tourism (RICHT) quoted Hassan Rezvani Nikabadi, the head of the archaeology team, as saying on Sunday that probing operations have been launched in the Neolithic site in order to determine the true limits of the historic enclosure of Emadeddin in Shahroud.

Referring to the location of the enclosure in the southern border of the city of Shahroud, he said the area was accidentally discovered in 2015 by the owner of a piece of land wherein part of the site was located.

The archaeologist further remarked that based on surface evidence the main part of the site belongs to the flint culture in the northeast of the Iranian plateau which dates back to the late 7th millennium up to the end of the 6th millennium BC.

He noted that, however, further surface evidence suggests continued settlement in the site until the middle of the 5th millennium BC.

The head of the archeology team said that the standard site for the Neolithic culture of northeast of Iran is the flint hills of Bastam, located 14 kilometers north of Emadeddin enclosure, which was widely explored by a Japanese delegation in 1970s, but the results were not published.

According to the archaeologist, more than 90% of the newly found site, located near the Shahroud-Mashhad ring road, has been severely damaged due to the creation of vineyards and orchards.

Rezvani Nikabadi said: “A remarkable number of hand-made living instruments of the Neolithic period, such as the stone mortar, quern, grindstone and stone axes, have been discovered from among the plowed soil in the site.

He attributed the importance of the site to the presence of clear evidence in it of the continued settlement from the late 7th millennium to the middle of the 5th millennium BC, about 2,000 years.

He emphasized that destruction of parts of the huge enclosure due to the creation of orchards and the ring road has added to the complexity of probing operations for determining the real limits of the area.

According to the archeologist, so far, evidence of Neolithic life has been identified in a depth of 3 meters, and it is believed that more evidence would be found at deeper points elsewhere in the site.

Saying that Emadeddin enclosure is the seventh site of the Neolithic period (flint culture) which has been identified in the Shahroud region, he reiterated that the culture is the oldest culture of rural dwelling in the eastern half of the Iranian plateau.