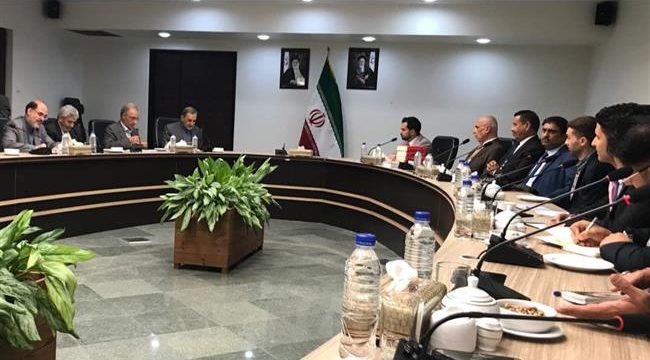 Iran, Iraq standing up to Israel, US extremism: Velayati

Press TV – A senior Iranian official says both Iran and Iraq are standing up to the Israeli regime and extremism of the US and some Western countries.

“The Americans are the common enemy of both the Iranian and Iraqi nations,” Ali Akbar Velayati, the senior adviser to Leader of the Islamic Revolution Ayatollah Seyyed Ali Khamenei on international affairs, said in a meeting with a delegation of Iraqi intellectuals in Tehran on Tuesday.

He added that Tehran and Baghdad are pursuing common policies due to many reasons, including 1,200 kilometers of common borders, cultural and religious commonalities, great capacities and privileges, desire for strength and independence as well as different historical and natural factors.

The senior Iranian official emphasized that the two “democratic” countries have huge energy resources and enjoy deep-rooted culture and their nations have played a leading role in the formation of the Islamic civilization.

Iranian Foreign Ministry Spokesman Bahram Qassemi said in February that the Islamic Republic would continue to play a “supportive and constructive” role in Iraq’s reconstruction and economic development.

Qassemi added that Iraq is a friendly and neighboring country to Iran and said the Islamic Republic does not hesitate in supporting the Iraqi nation and government and as it stood by them in the fight against terrorism, it would continue to support them.

On December 9, 2017, Iraq’s Prime Minister Haider al-Abadi declared the end of military operations against Daesh in the Arab country.

In July that year, Abadi formally had declared victory over Daesh extremists in Mosul, which served as the terrorists’ main urban stronghold in the conflict-ridden Arab country.