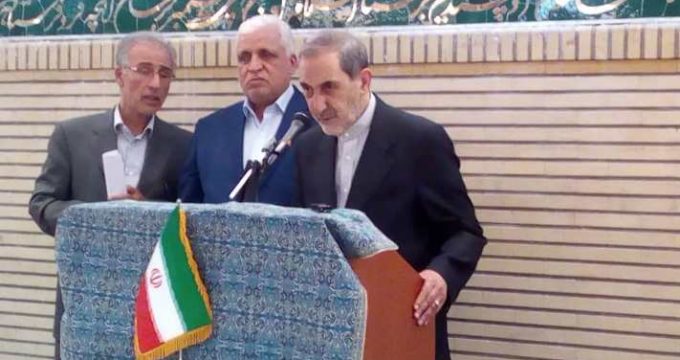 After a meeting with Iraqi national security advisor Faleh Fayyaz late Monday, he added that he held good talks with the high-ranking Iraqi official and discussed bilateral ties as well as regional and international cooperation.

Among regional states, few countries are found to have commonalities as much as Iran and Iraq, Velayati said, noting that the eight-year imposed war by dictator Saddam have not affected their interests in each other.

“In the fight against terrorism, Iran showed that it will never leave its Iraqi brothers and sisters alone, as it rendered valuable assistance to the Iraqi nation and government,” he said, noting that Iran accepted a request by the Iraqi government to give advisory support to the country.

No doubt that Iraq today is one of the powerful countries of the Islamic and Arab worlds, as it is playing a crucial role in the region and Islamic world.

“Future belongs to regional nations and there will be no place for the US in it,” he stressed.

Asked about US enmity with Iran, Velayati said that Americans have cast a covetous eye on Iran due to its strategic location but their dreams will never come true.