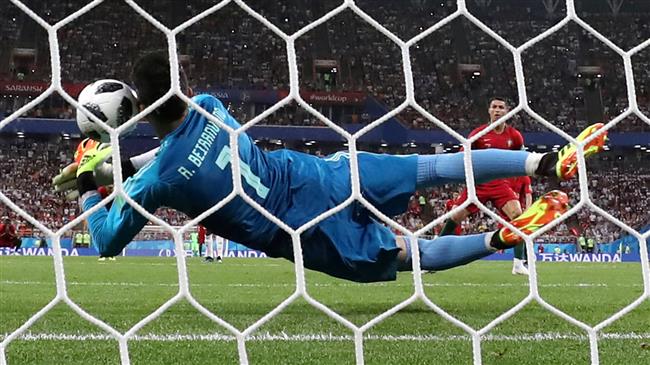 The Guardian | Behnam Jafarzadeh: Goalkeeper ran away from his nomad family and worked in a dress factory, a car wash and as a street cleaner before making it

This article is part of the Guardian’s 2018 World Cup Experts’ Network, a cooperation between some of the best media organisations from the 32 countries who have qualified for Russia. theguardian.com is running previews from two countries each day in the run-up to the tournament kicking off on 14 June.

After Iran’s first match at the 2014 World Cup against Nigeria the goalkeeper, Alireza Haghighi, took the headlines for his good looks. He suddenly became a sweetheart for thousands around the world.

Iran’s first-choice keeper for Russia 2018, Alireza Beiranvand, is not as handsome as Haghighi but his epic life story could be an inspiration for millions around the globe.

Beiranvand was born in Sarabias, Lorestan, to a nomad family always on the move around the countryside to find grassland for their sheep. Alireza was the eldest child so it was normal that he worked from an early age to help them. His first job was shepherding and whenever he found free time he played football and Dal Paran, a local game, with his friends. Dal Paran involves throwing stones long distances; you would not think that has much to do with football but years later it helped Beiranvand.

When Beiranvand turned 12 his family settled in Sarabias and he trained with a local side. He started as a striker but when the goalkeeper got injured he stood between the sticks and a brilliant save was enough to keep him there. Beiranvand decided he would be a goalkeeper but his father strongly objected.