A Look at Iranian Newspaper Front Pages on June 26

Iran Front Page- IFP has taken a look at the front pages of Iranian newspapers on Tuesday, June 26, 2018, and picked headlines from 22 of them. IFP has simply translated the headlines and does not vouch for their accuracy.

The top story in all newspapers today was the recent unrest in Tehran, where a group of shopkeepers in the Grand Bazaar of Tehran went on strike and held gatherings in protest against the ongoing economic crisis.

Also a top story was the tragic draw of the Iranian national football team against Portugal, which kept the Team Melli from advancing to the next stage of FIFA World Cup 2018.

The re-election of Turkish President Recep Tayyip Erdogan and the victory of his party AKP in Turkey’s presidential and parliamentary elections.

1- Dollar Rates to Go Down: Government’s Important Decision on Forex 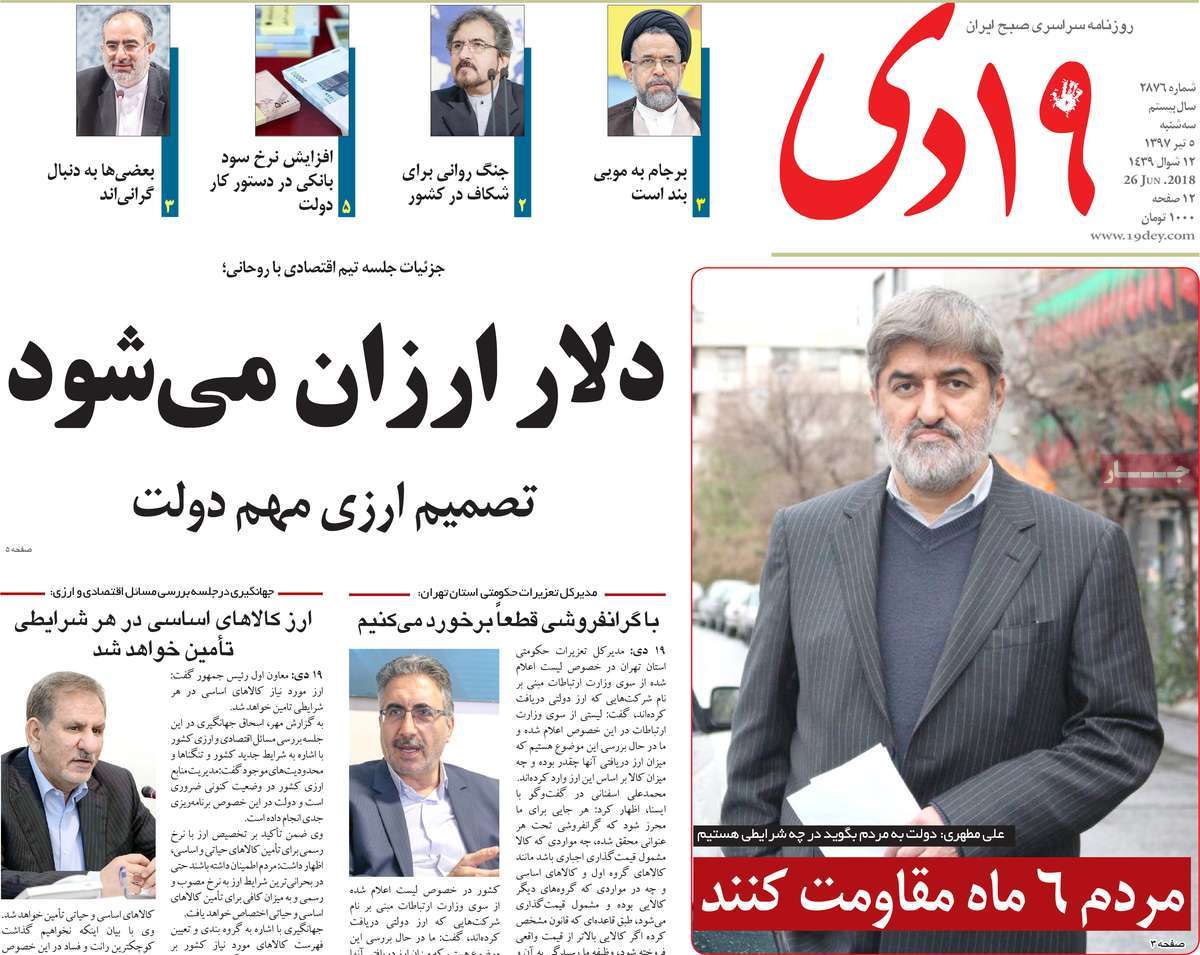 1- Kayhan’s Solution to Economic Woes: Execute Those Who Disrupt Economy!

1- Unrest in Iranian Markets after Fluctuations in Forex Rates

3- Thank You Guys! We Made History in Group of Death 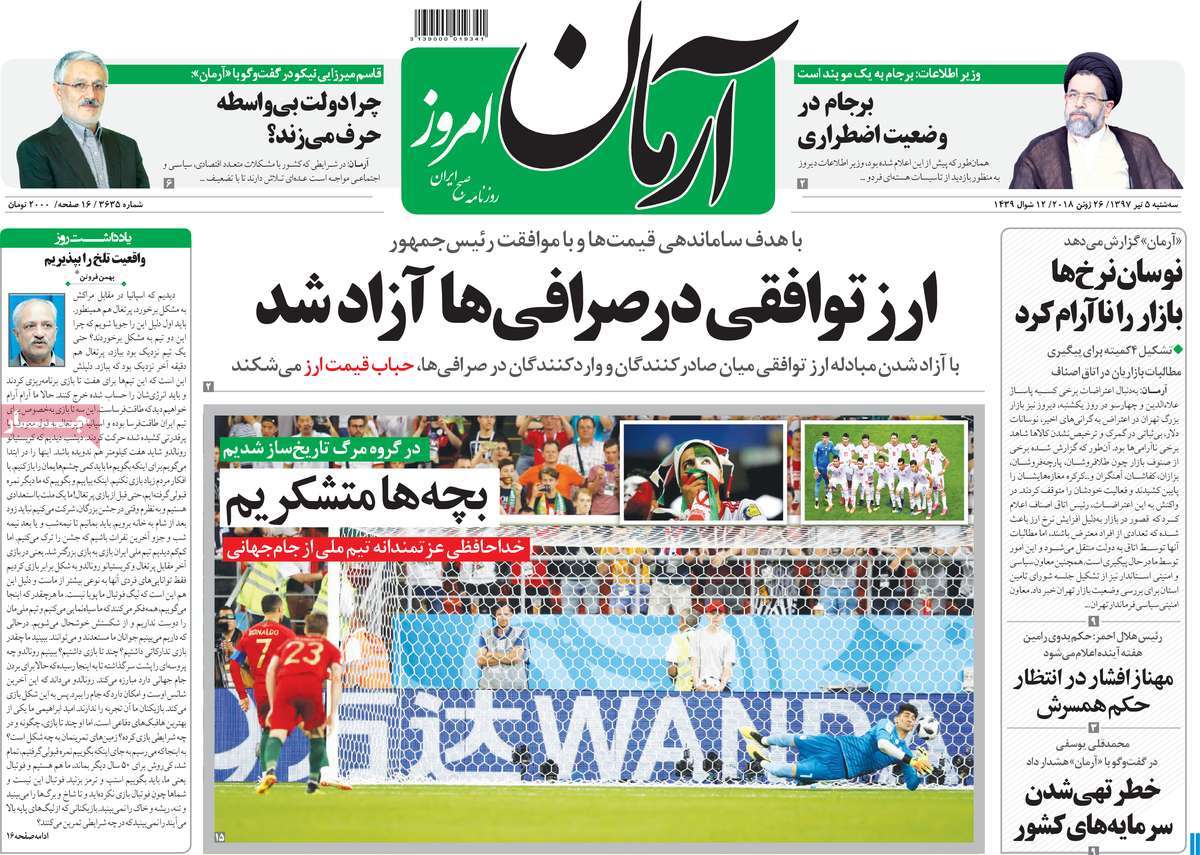 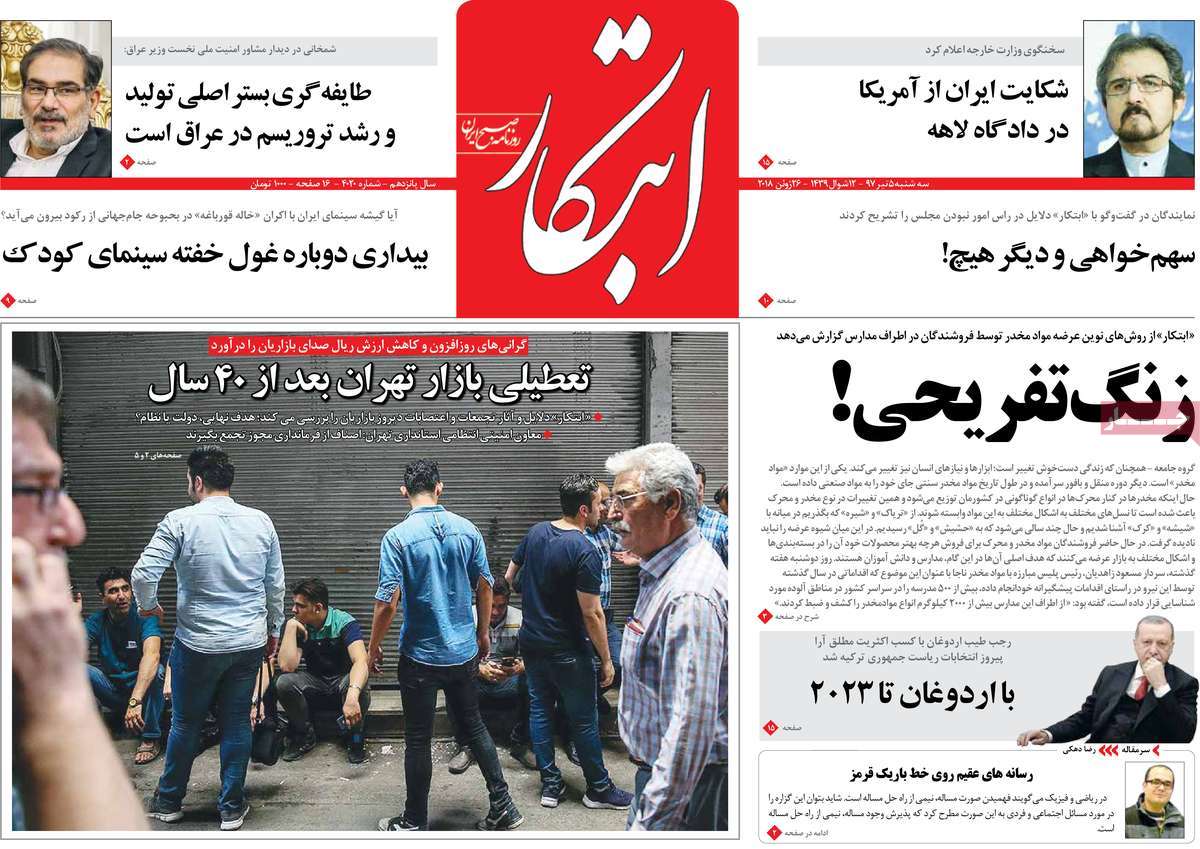 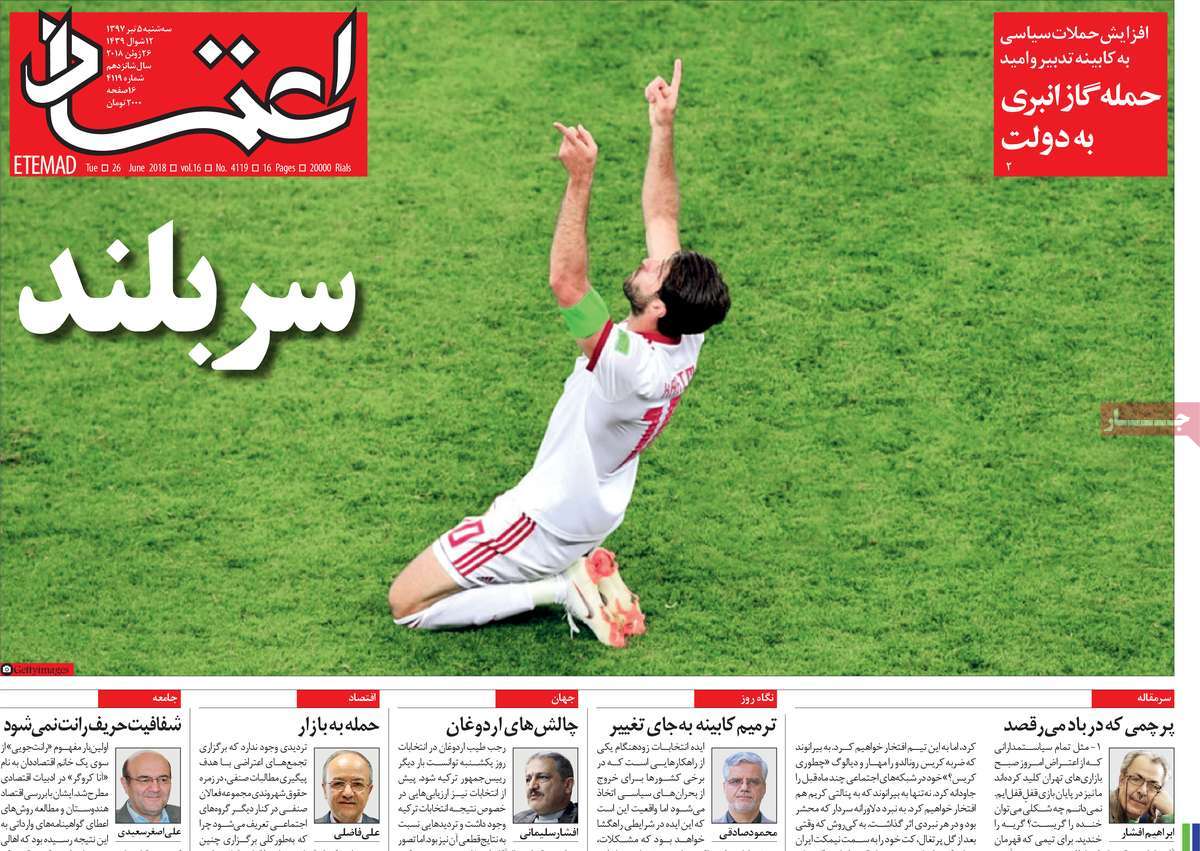 1- Iran Files Lawsuit against US at The Hague 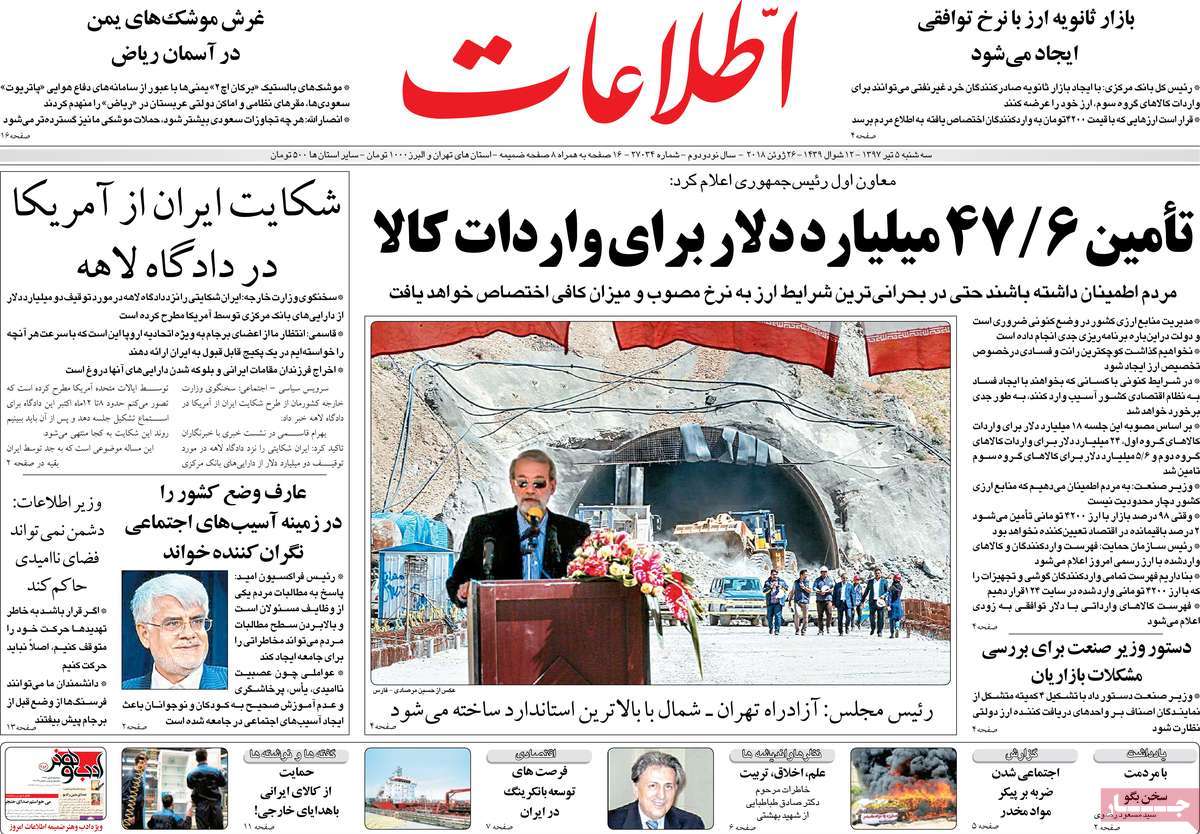 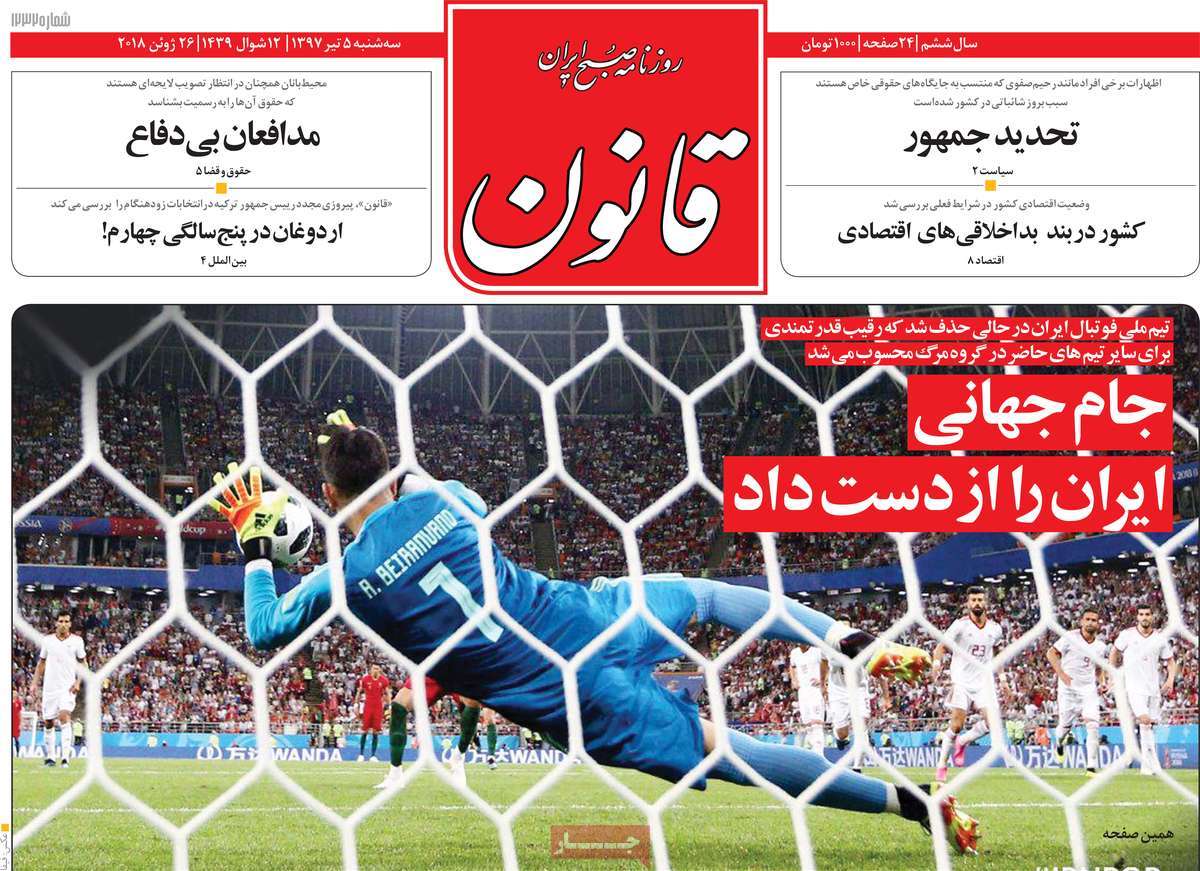 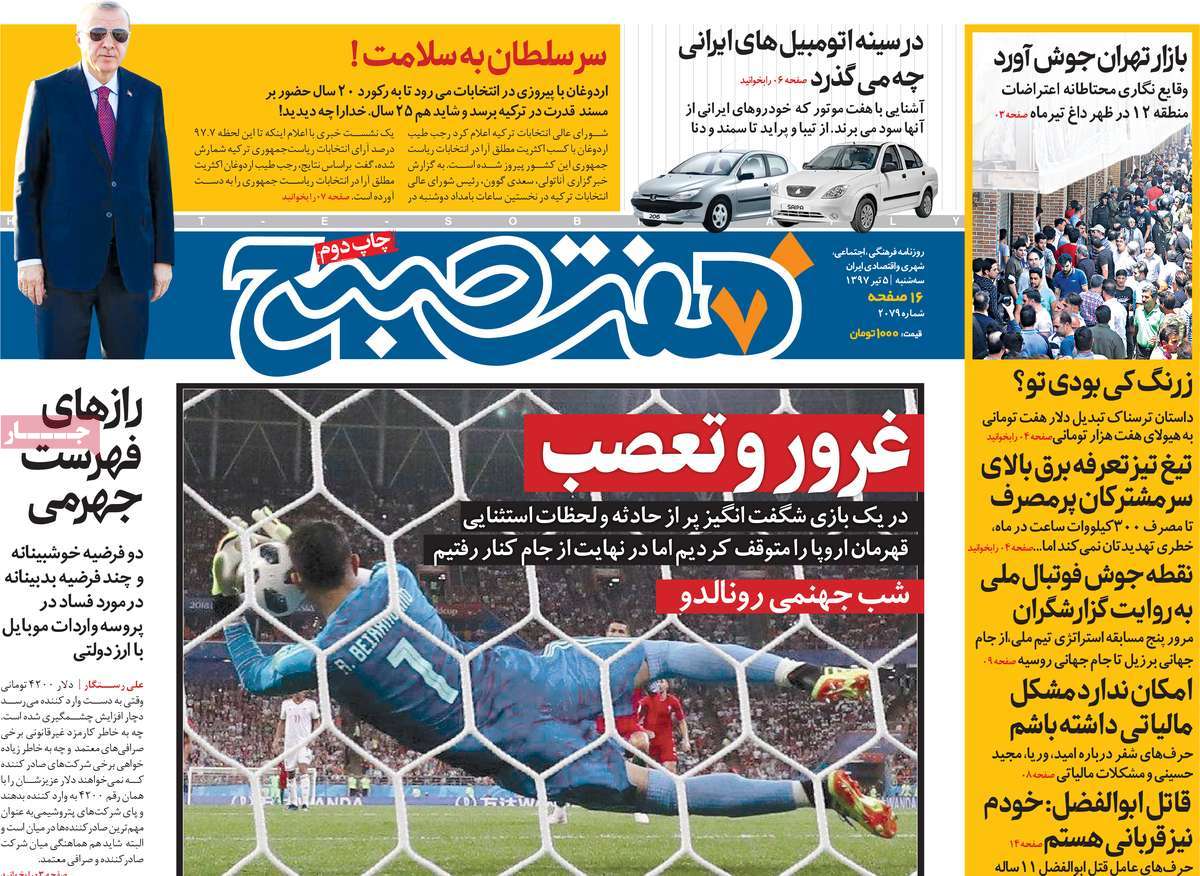 1- End of Pride: Team Melli, in Most Brilliant Performance Ever, Was Inches from Victory 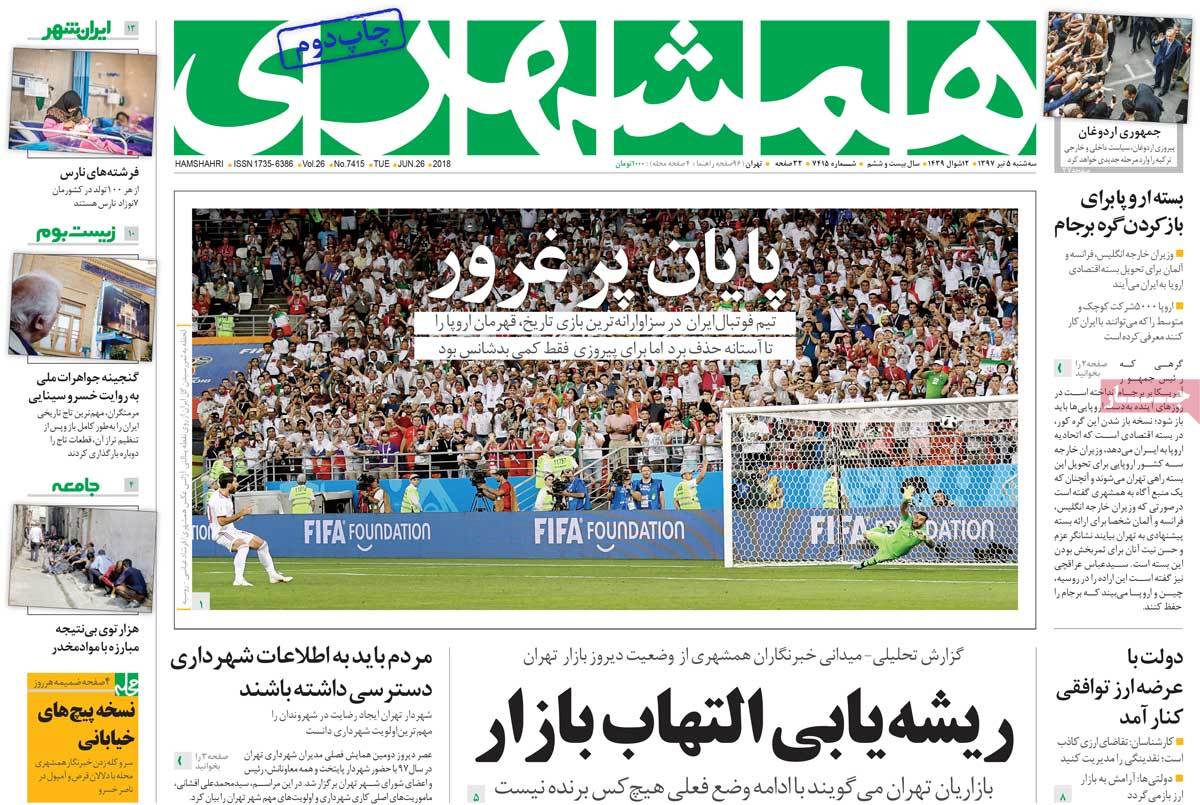 2- Rouhani’s Message to Team Melli: You Dears Fought to Realize Dreams of a Great Nation 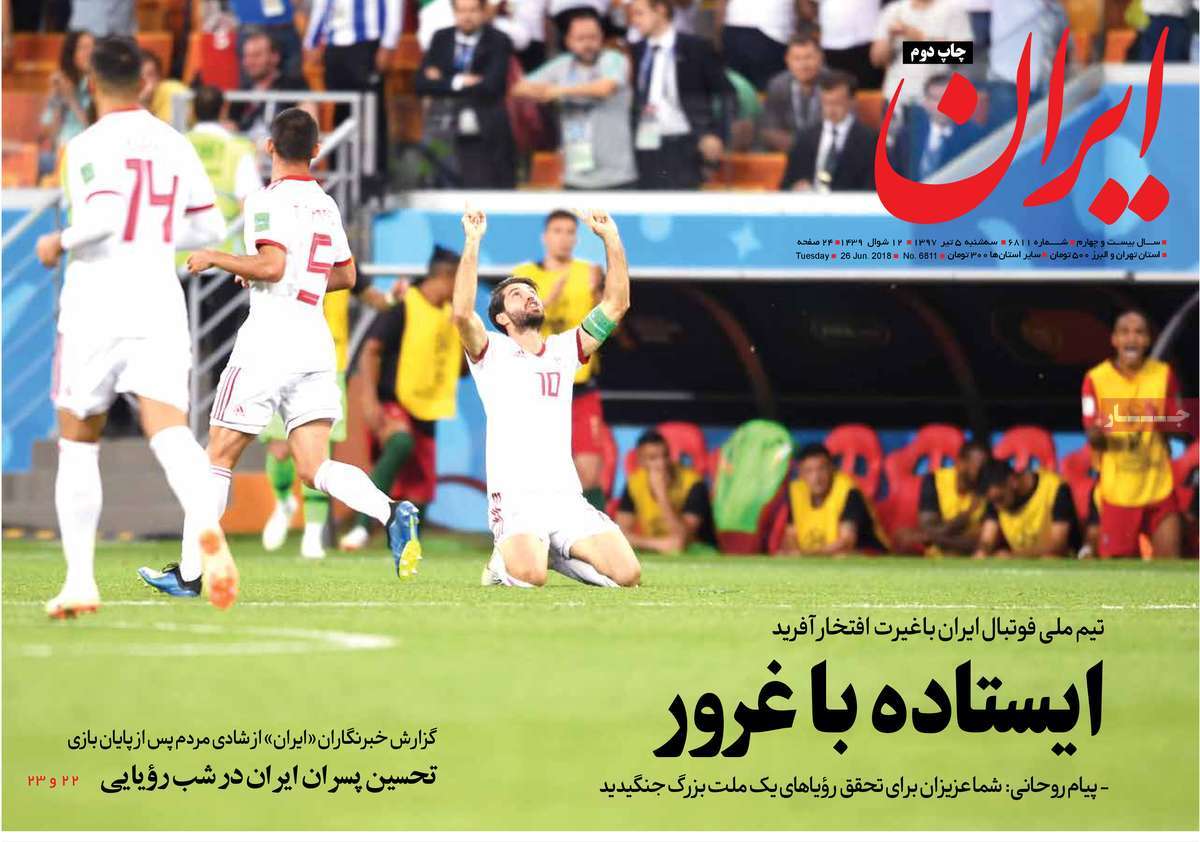 1- Advancing to Hearts of a Nation: A Few Centimetres from Making History 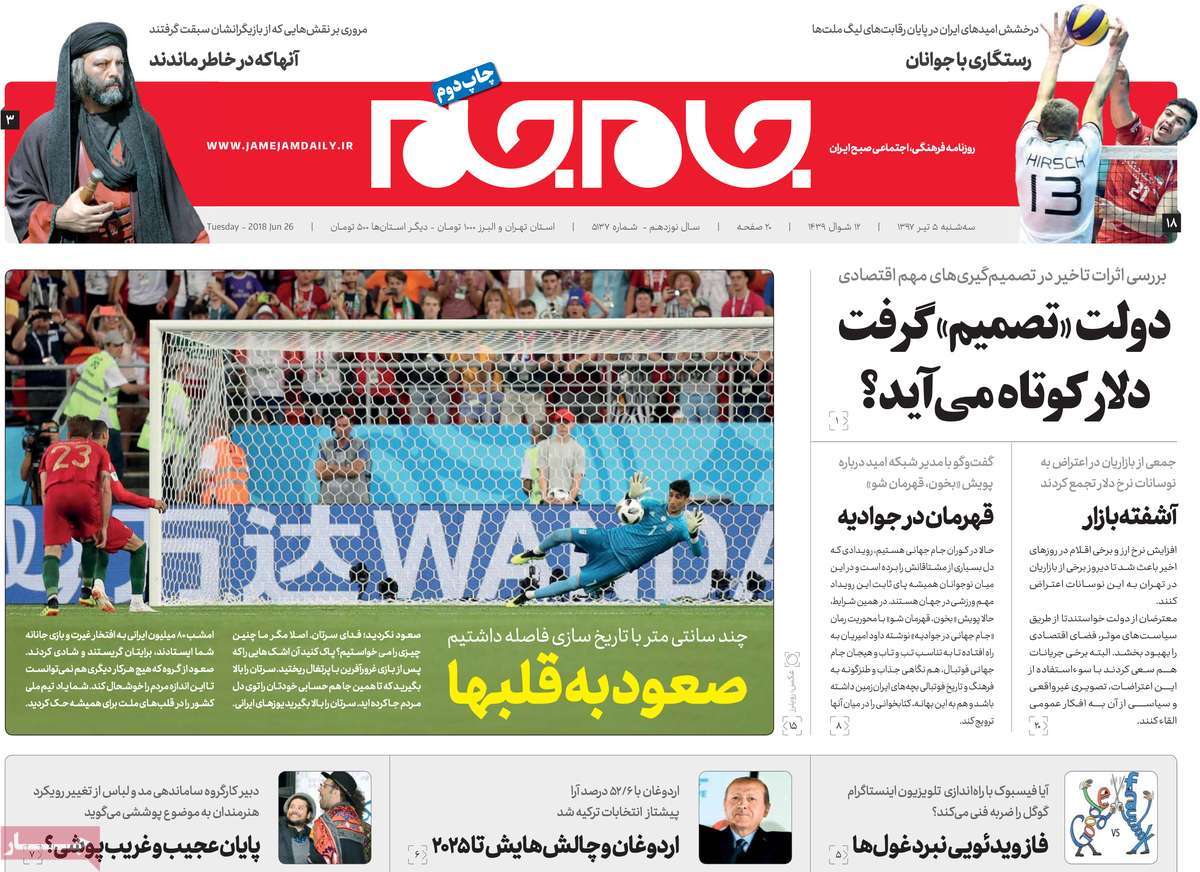 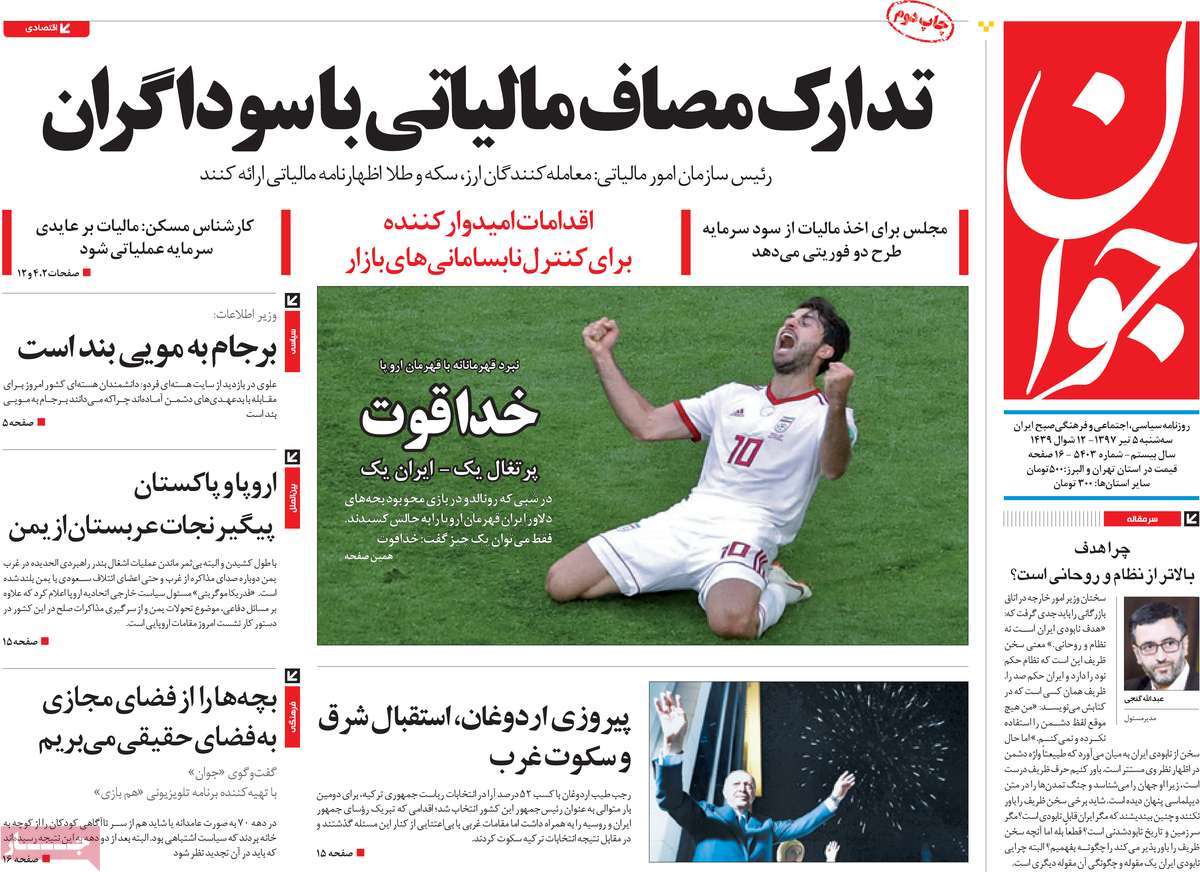 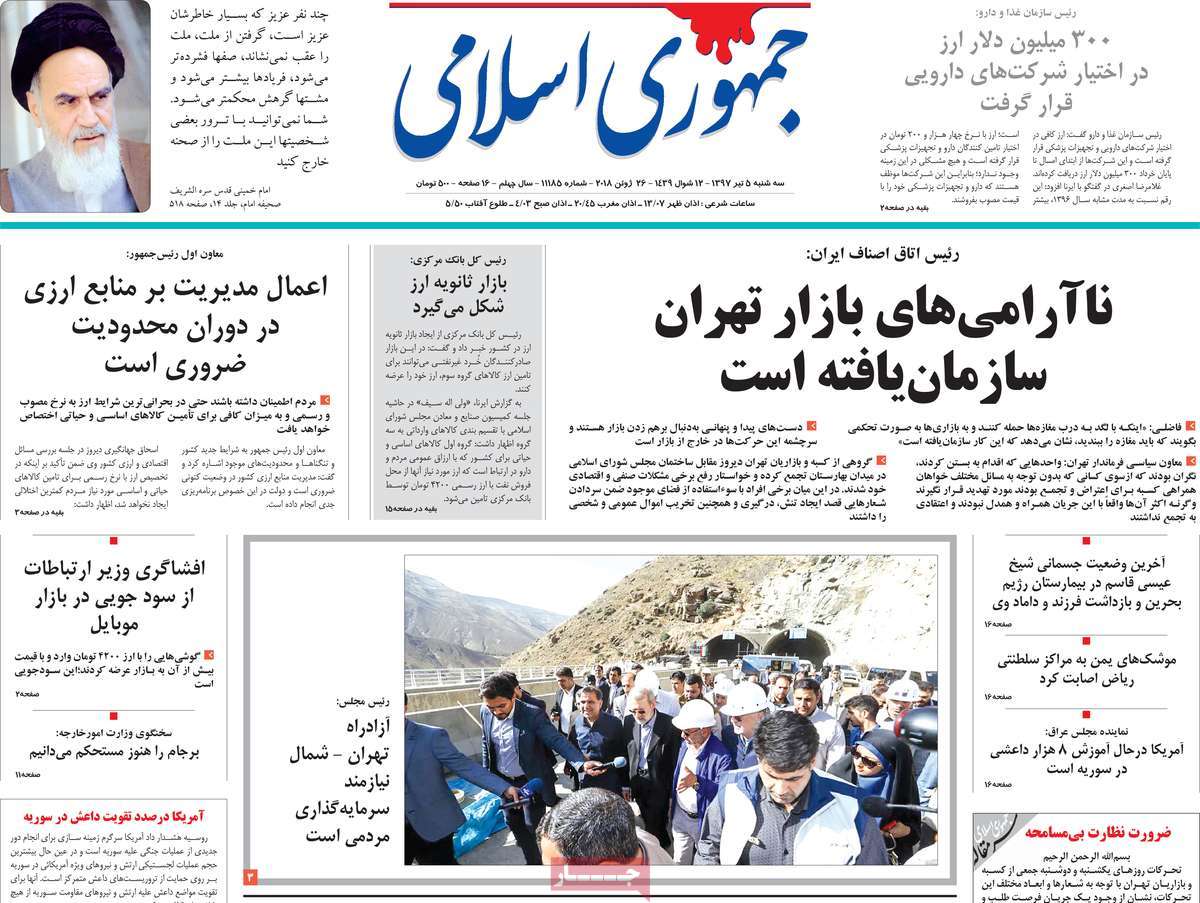 1- Iran to Launch Secondary Forex Market! Wait Until Next Week 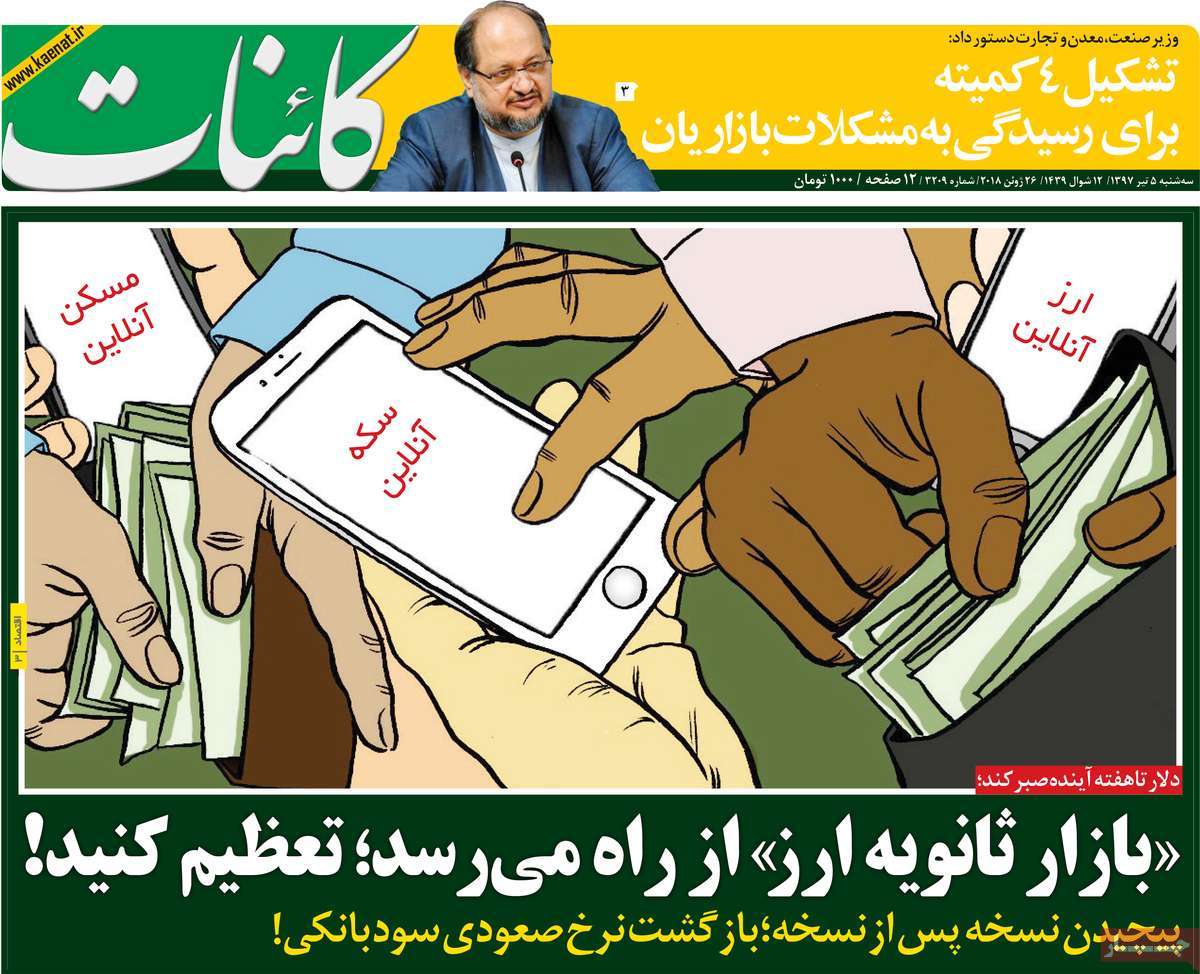 2- 15,000 Conservative, Reformist Elites Write Letter to Condemn Call for Talks with US 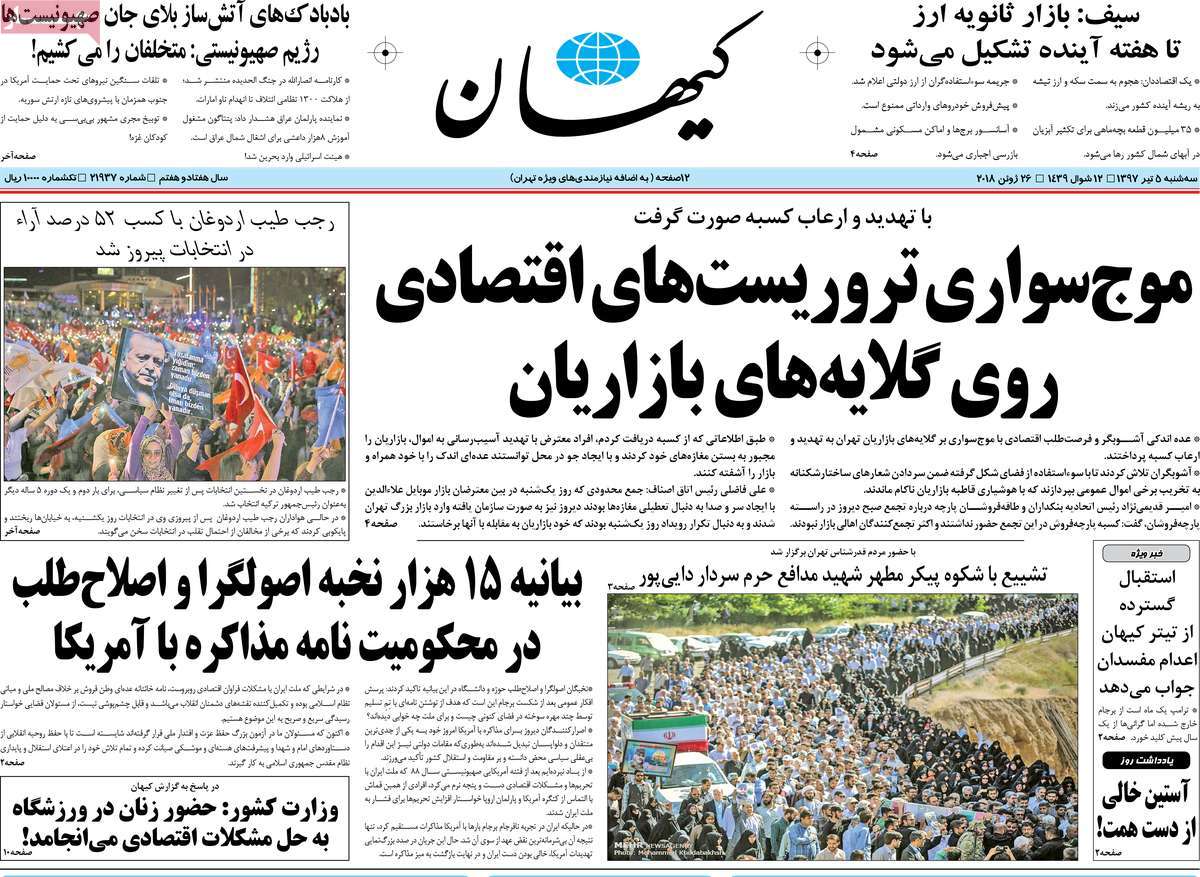 1- US Not a Government You Can Hold Talks with: Iran 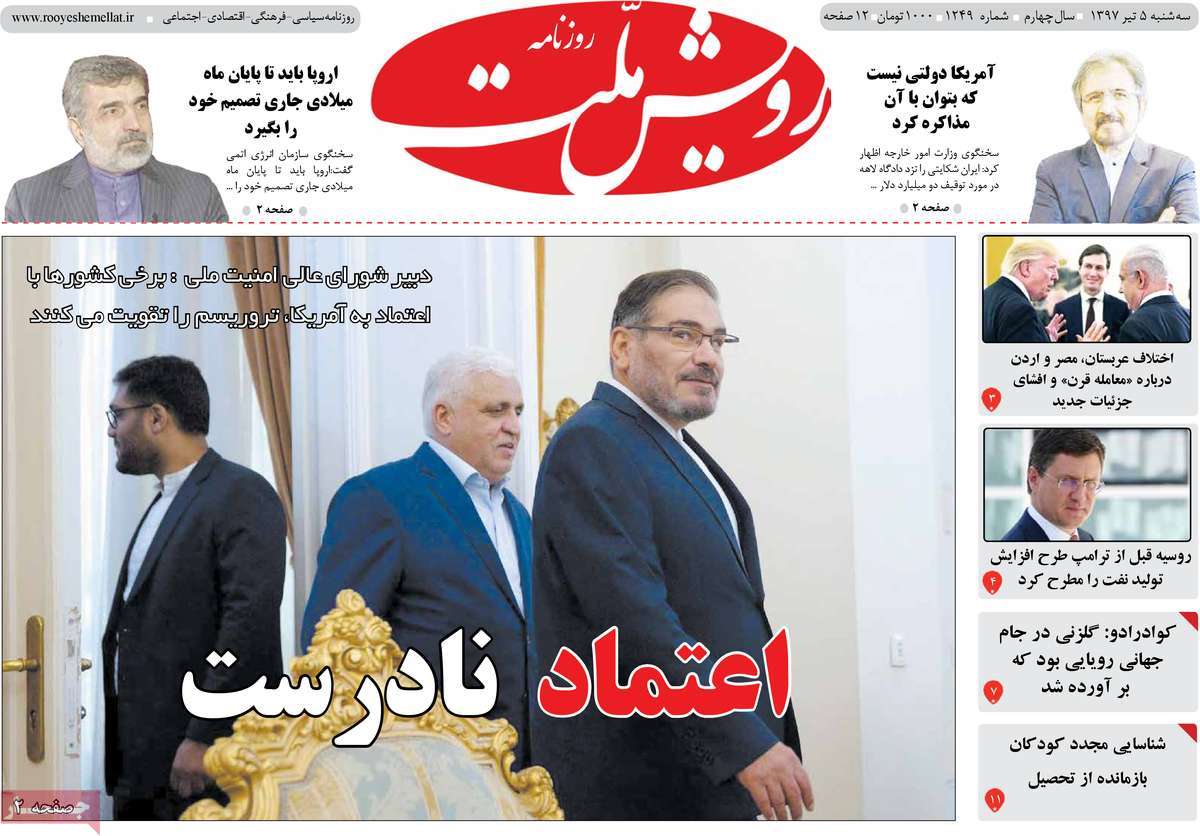 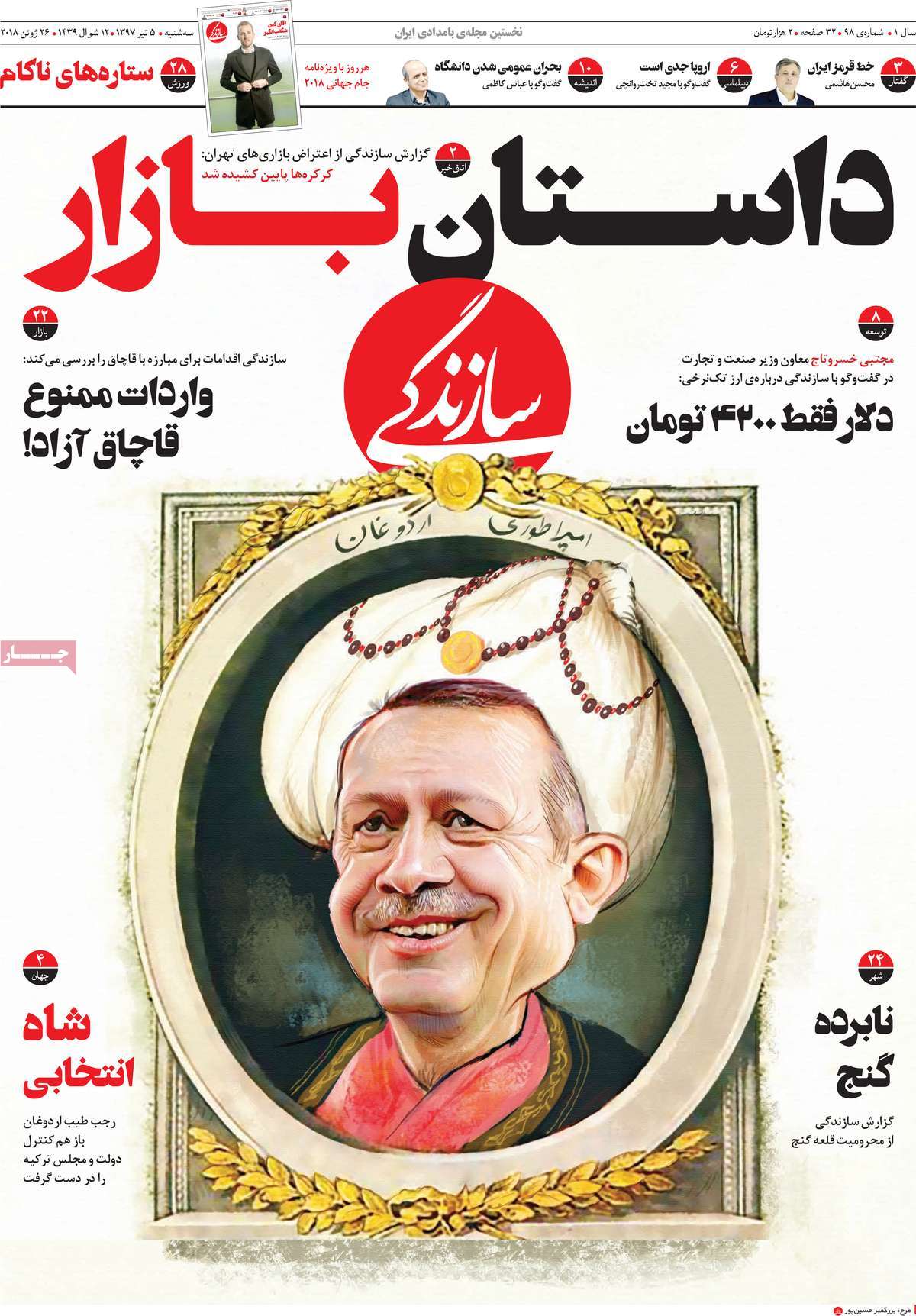 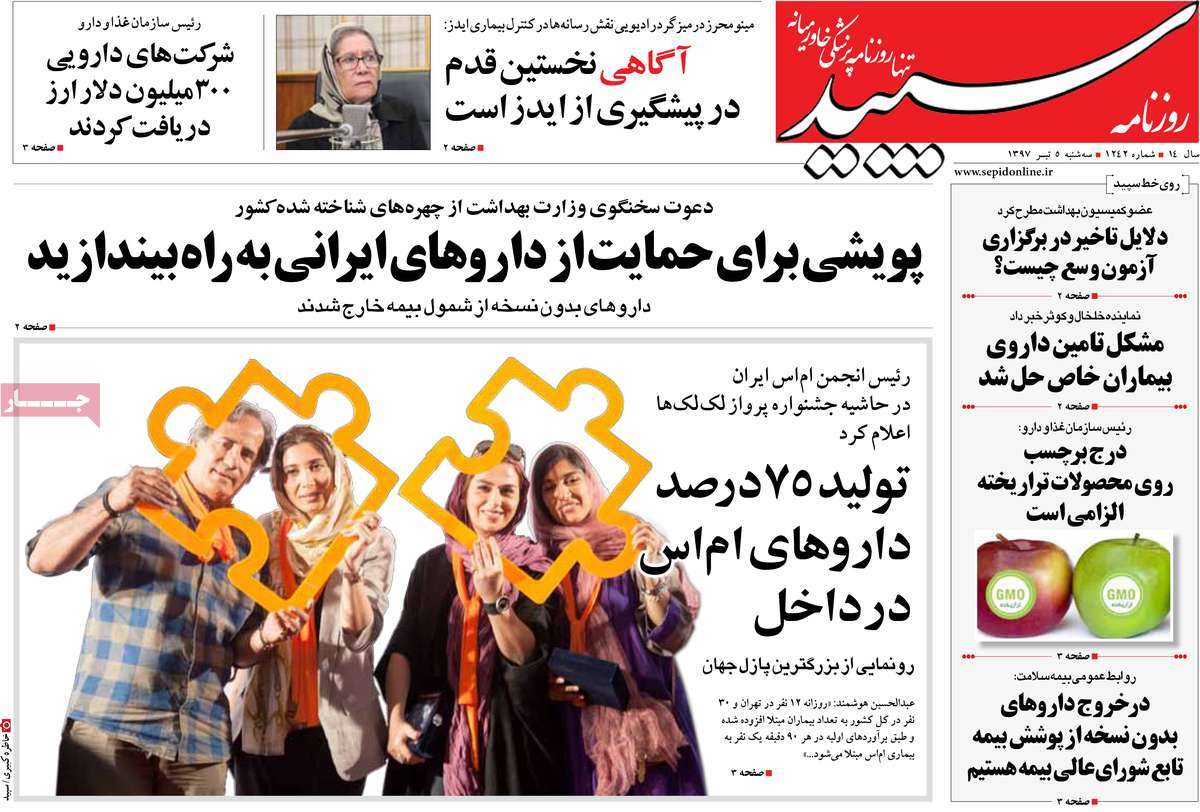 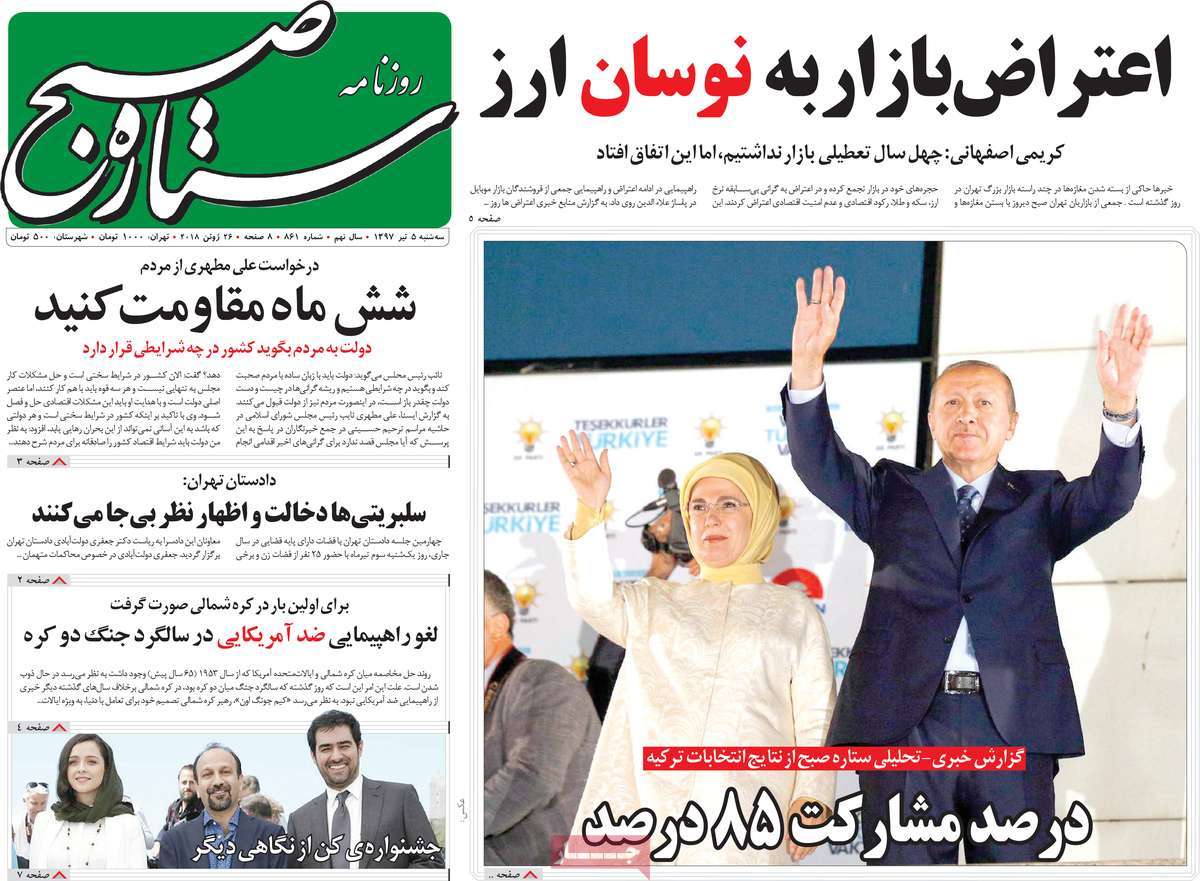 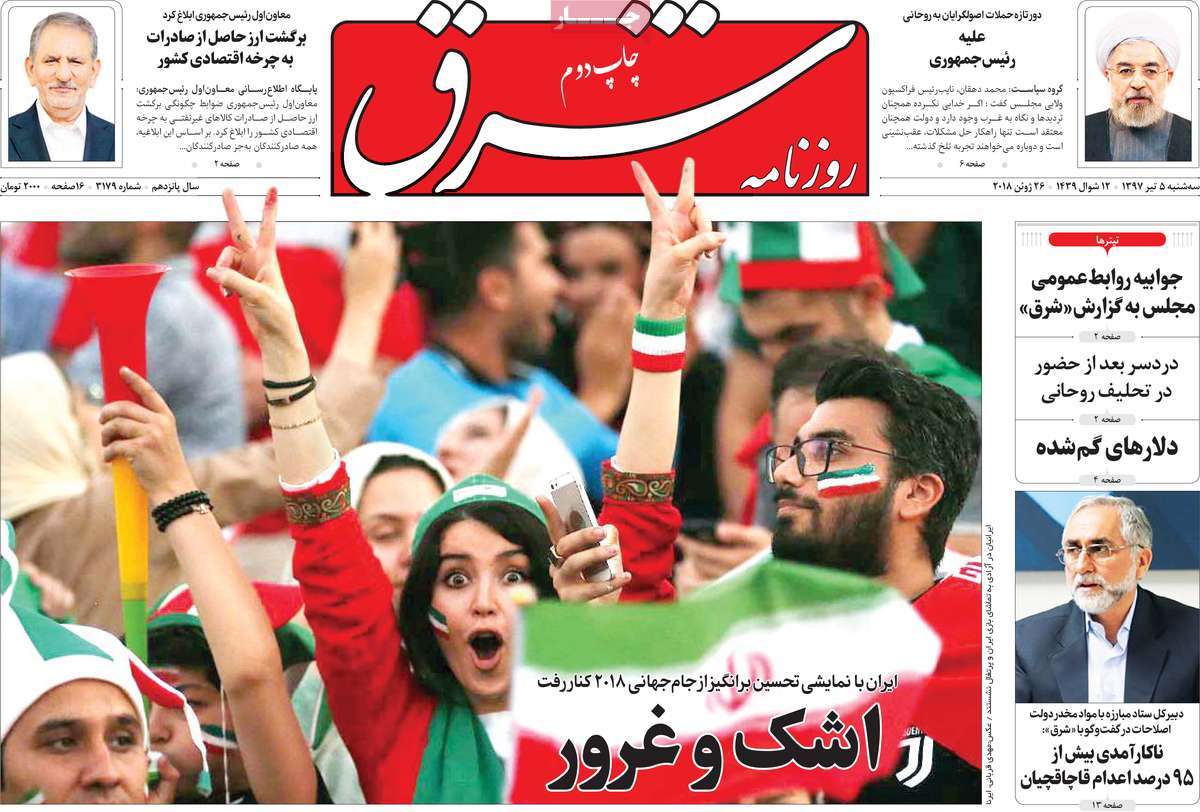 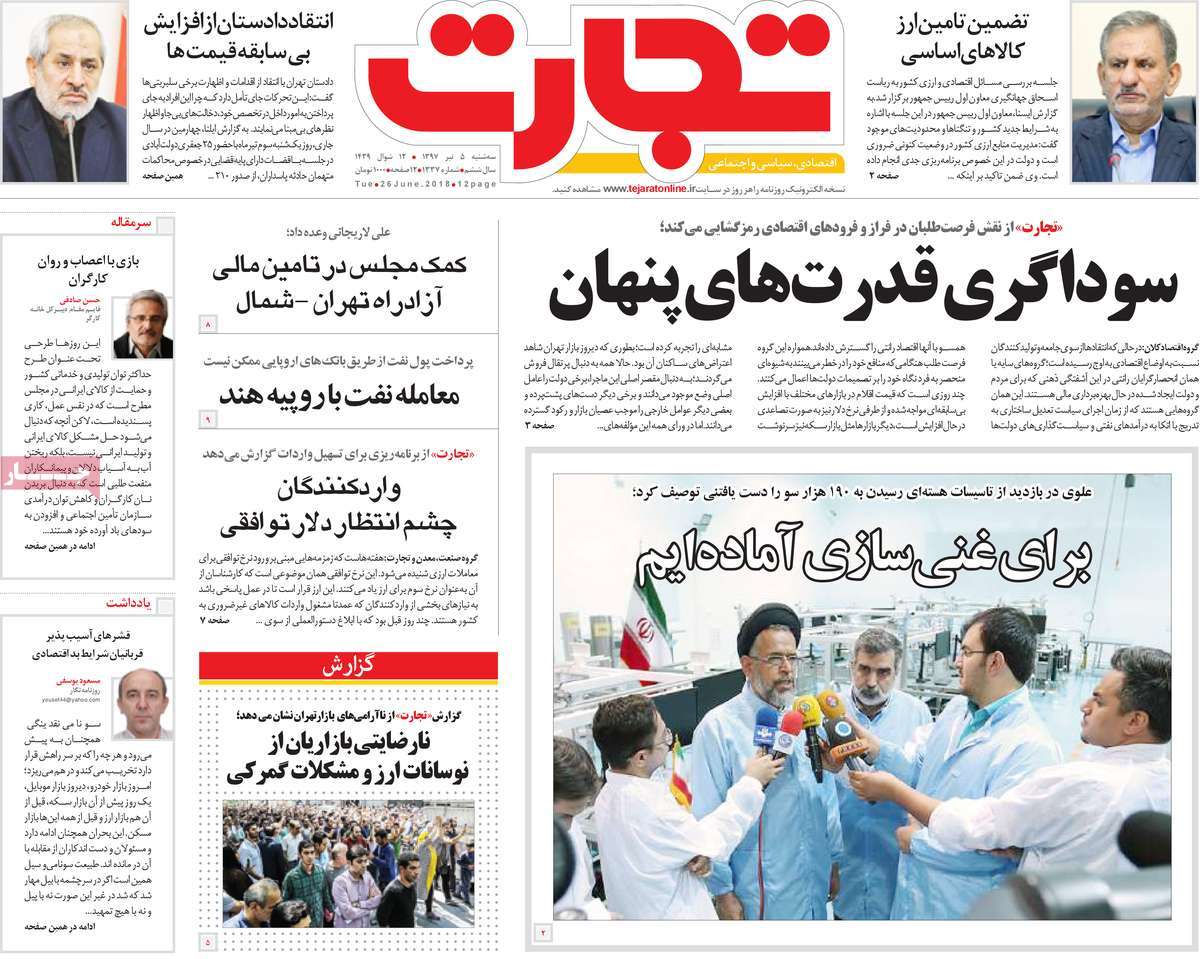 1- Epic and Regret: Team Melli Needed Just One Point to Advance to Next Stage 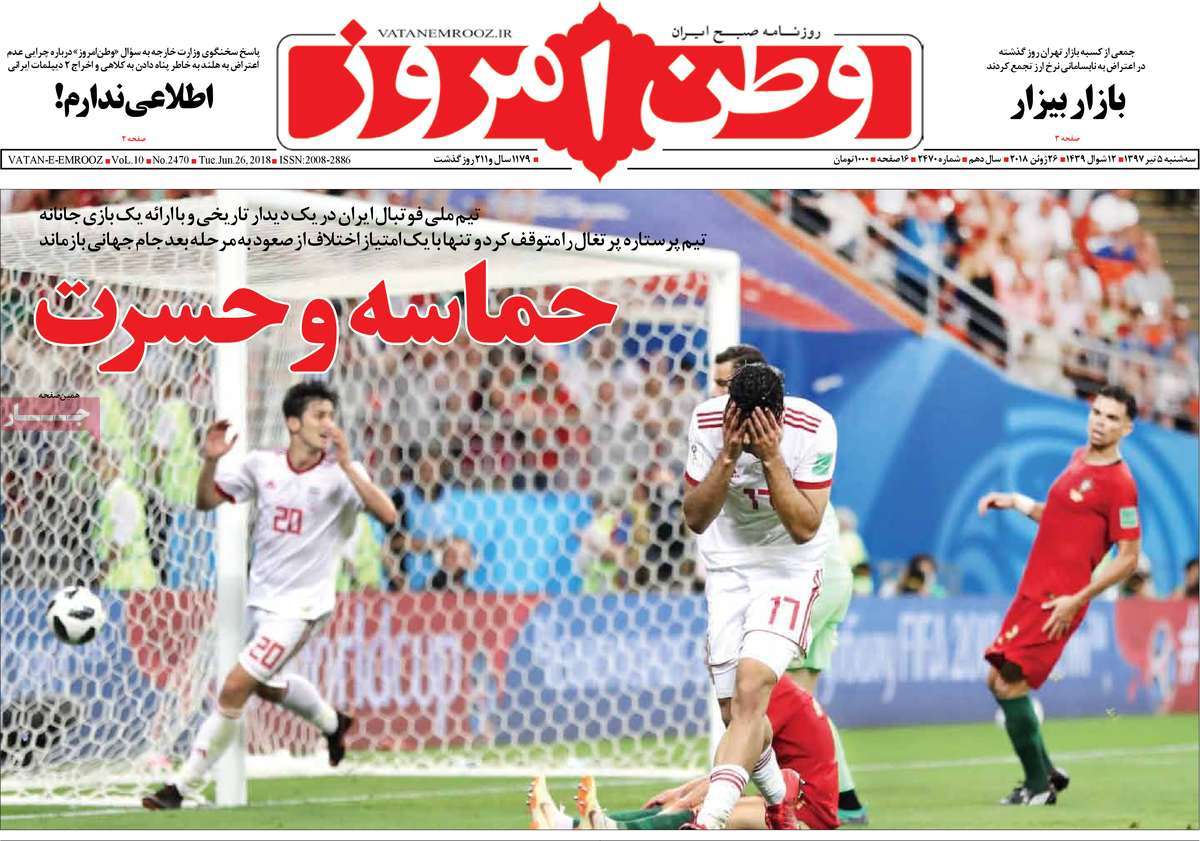