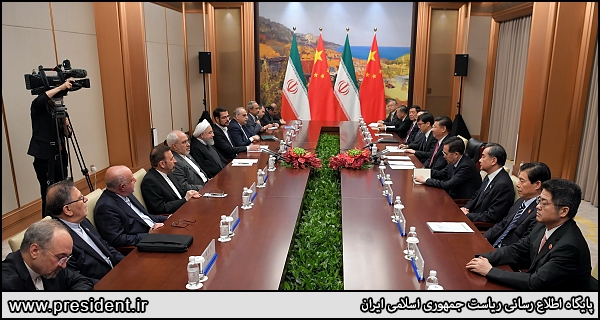 Should Iran pivot to East?

With Donald Trump’s withdrawal from the Joint Comprehensive Plan of Action (JCPOA), the nuclear deal between Iran and six world powers, and with the doubtful prospects for the deal despite intense negotiations between Iran and European countries, powerful voices inside Iran are calling for Tehran’s exit from the nuclear deal and a ‘pivot to East’ policy which would revolve around stronger relations with China and Russia.

Former diplomat Ali Khorram is a critic of this agenda. “Russia and China play the Iranian card vis-à-vis the United States” he says. “But Europeans are defying the United States [in the nuclear deal] because of certain values. There is less chance that they double-cross Iran.”

Khorram does not look at the ‘turn towards East’ calls positively. “We have tried this approach again and again” he asserts. “Russia has used Iran as a leverage to solve its conflicts with the West. They have never been reliable partners for us.” He points to the Syrian war as an example. “Tehran convinced Moscow to have military presence in Syria. Provided it with military base and allowed Russian missiles heading towards Syria to pass through its airspace,” he reminds. “Now that Moscow has gained the upper hand in Syria, it is talking about Iran’s withdrawal the country.”

“China has not behaved like Russia. But they also seek their own interests,” Khorram says. “It would be an egregious mistake to think Moscow and Beijing would back Iran when tensions between Tehran and Washington are on the rise. Quite the opposite, they approach Iran whenever our relations with the US and the West are cordial,” he adds.

Khorram brings Turkey as an example. “Turkey is a NATO member. Russia is manufacturing advanced S400 anti-missile system for the country in Turkey. For Iran, it took ten years to receive the older S300 system from Russia.”

“Moscow views countries with no leverage against the West as useful cards,” Khorram warns. “This is something to be taken into consideration when we tout the ‘pivot to East’ policy.”

* This piece is an abridged translation of Ali Khorram’s interview with Fararu, a moderate website in Iran.