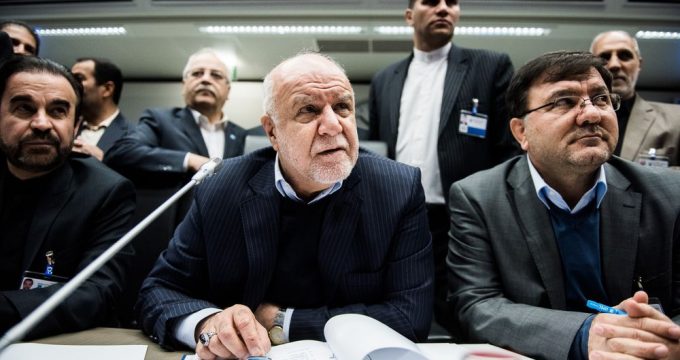 Iranian oil min.: Iran to act based on OPEC resolution

MNA – Iranian Oil Minister Bijan Namdar Zanganeh said Iran will take measures and act based on the resolution adopted by the Organization of Petroleum Exporting Countries (OPEC) in its recent meeting.

Some countries want to give a positive signal either to the market or the US, so that this issue has nothing to do with OPEC’s latest meeting, he said, adding, “the resolution signed with OPEC’s 14 member states is what Iran will act upon.”

OPEC member states once again emphasized on their full adherence to the resolution adopted by OPEC in Nov. 2016.

The cooperation agreement made between OPEC and non-OPEC member states to reduce 1.8 million and 600,000 barrels of oil per day will be valid, Zanganeh maintained.

Since OPEC and non-OPEC members oversupplied oil more than their commitments in the past month, it was decided to reduce the commitment rate from 152 to 100 percent, he added.

He went on to say that oil production volume in May stood at about 780,000 barrels less than the rate of approved oil freeze.

In this meeting, Russia said that it cannot continue freezing oil and should increase its production volume, he opined.

It is expected that OPEC and its non-OPEC allies will increase oil production volume about one million barrels of oil per day (bpd) as of July, Zanganeh stipulated.

In its latest meeting, OPEC agreed with membership of Congo to join the club.