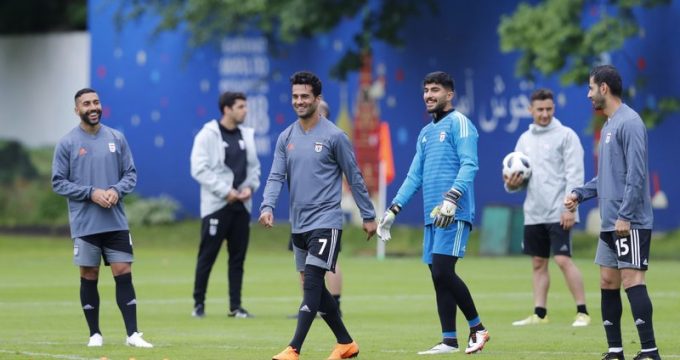 Sputnik – Iran captain Masoud Shojaei said on Sunday that his side was “going strong” ahead of their encounter with Portugal.

Iran, who suffered a 1-0 loss at the hands of Spain on Wednesday, will face reigning European champions Portugal in their next World Cup encounter in Saransk on Monday. The game will kick off at 21:00 Moscow time (18:00 GMT). Both teams have a chance to qualify for the round of 16, with Portugal topping Group B with four points, and Iran trailing them by one point.

“I don’t agree that we’ve made any serious mistakes in the last game [against Spain]… We just took the risk, we tried to play more aggressively, tried to score, but didn’t manage to. But we learn from these mistakes and use this experience in the future. We have many young guys [in the team]… In 2014, we got tired at the World Cup, and now we have a different situation. We’re going strong to achieve result,” Shojaei told journalists.

The 2018 FIFA World Cup kicked off on June 14 and will continue until July 15, with the matches being played in 11 cities across Russia.