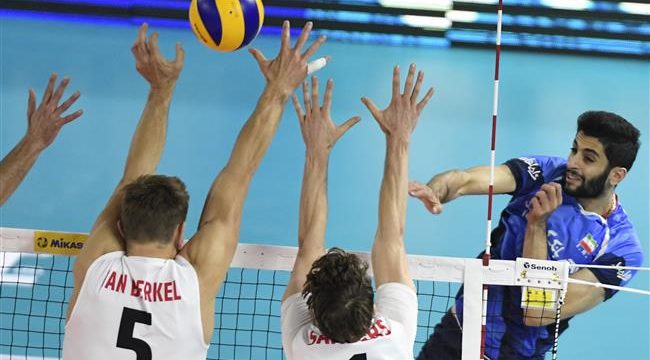 Kazemi hit four aces in his total of 14 points and with Saman Faezi and Morteza Sharifi hitting 16 a piece, the Iranians had enough healthy contributions from all over the court to shoot down a Bulgarian side who came through a physically testing five set match with Germany on Friday.

This deserved victory in front of the fanatical supporters means Igor Kolakovic’s side goes into its final game against Germany on Sunday with a 6-8 record in the VNL.

Iran had defeated South Korea 3-1 in an Asian derby on Friday.