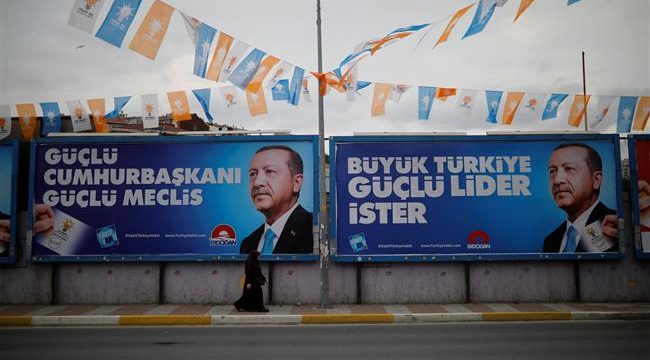 Polls open in Turkey in biggest test for Erdogan

Press TV – Turkish voters have begun casting their ballots in presidential and parliamentary elections in the biggest test for President Tayyip Erdogan since he came to power more than a decade and a half ago.

More than 56 million people are eligible to vote across the country. Over 3 million Turkish expatriates cast their ballots in the elections last month.

Erdogan called the snap elections, bringing forward a vote that was expected to be held in November 2019.

Six candidates are vying for the Turkish presidency. If a candidate wins just over 50 percent of the vote, he will win the presidency, but if not, there will be a runoff on July 8.

In April 2017, 51 percent of Turkish voters endorsed constitutional changes backed by Erdogan, which grant new executive powers to president and scrap the post of prime minister.

Supporters of the reforms argue that they will modernize the country, but opponents fear a possible authoritarian rule.

The constitutional overhaul would mean that Erdogan could stay in power for another two terms until 2029.

Addressing his supporters in Istanbul on Saturday, Erdogan urged Turks to vote and vowed to press ahead with major infrastructure projects if re-elected.

He also hailed the executive presidency that comes into force after the elections. “God willing, Turkey will start flying with this system… With this system, we will achieve what others cannot imagine,” he said.

Ince further stressed that he would lift Turkey’s state of emergency which has been in place over the past two years.

Selahattin Demirtas, another presidential candidate who heads the pro-Kurdish Peoples Democratic Party (HDP), called on people to vote for his party.

“If the HDP fails to get into parliament, all Turkey will lose. Backing the HDP means supporting democracy,” Demirtas said in a video clip from prison, where he is being held on terror-related charges.

Eight political parties are competing in the Turkish parliamentary elections. A party must receive 10 percent of the votes for any of its candidates to win a seat at the legislature.

In the past few years, Turkey has seen a host of terrorist attacks, most of them blamed on either the Daesh terrorist group or the Kurdistan Workers’ Party (PKK).

The country further witnessed a failed military coup in July 2016 which was blamed on US-based opposition cleric Fethullah Gulen.

Since then, Turkey has been under a state of emergency that has enabled the government to go after the media and opposition groups, believed to have played a role in the abortive putsch. According to the latest UN figures, some 160,000 people have been detained and nearly as many more sacked in the crackdown.