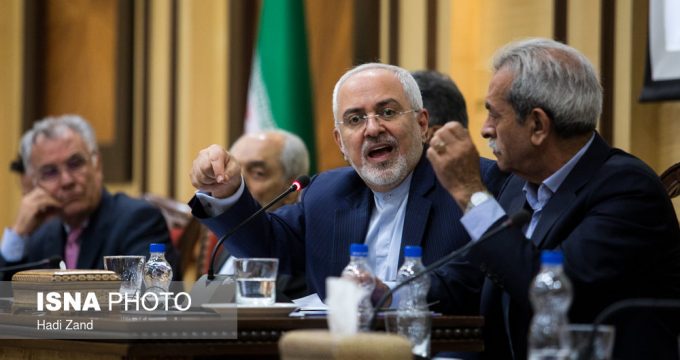 Iranian Foreign Minister Mohammad Javad Zarif said Europe has guaranteed that the country will be able to sell its crude.

Iranians urged to unite to counter US ‘economic war’

First Vice President Es’haq Jahangiri has called on all Iranians to close ranks and counter a “serious economic war” launched by the United States against the Islamic Republic.

Iran’s Vice-President for Legal Affairs Laya Joneidi said on Saturday that Iran is awaiting practical measures by the European Union to ensure its interests under the nuclear deal.

Iran’s Judiciary chief Ayatollah Sadeq Amoli Larijani referred to human rights issue as one of the most important challenges, saying that Iran’s enemies especially US use it as a tool to put pressure on other countries.

Iran to finally benefit from Trump’s lack of prestige

Iran’s Foreign Minister Mohammad Javad Zarif has said the US President Donald Trump’s policies and negative image in the world would finally be to Iran’s advantage.

The CEO of the National Iranian Gas Company (NIGC) said the company was preparing an electricity contract to sign with Georgia for export of 10% of the power it receives from Armenia in exchange for natural gas.

A group of Iranian lawmakers sent a letter to Iranian President Hassan Rouhani on Sunday, demanding to dismiss three ministers due to economic problems in the country.

If Iran can be the first team to stop Cristiano Ronaldo from scoring at this year’s World Cup, the result could be historically significant.