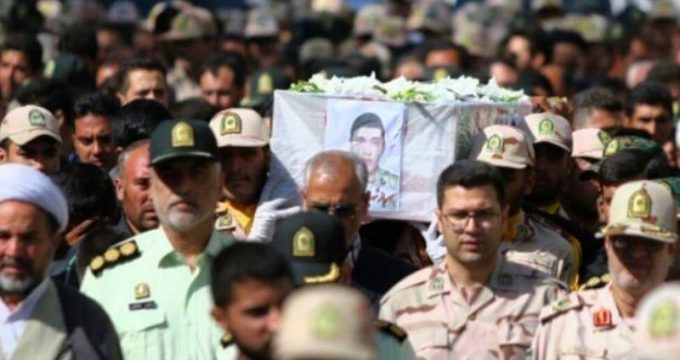 IRNA – The funeral ceremony for an Iranian border guard, who was martyred last week in armed clashes with terrorists, was held in this northeastern province on Sunday.

Jalal Behboudi Toroqi, 20, was martyred in armed clashes with terrorists in Sistan-Baluchestan Province, in southeastern Iran.

The commander added that two assailants were also killed and several others escaped the scene.

He added that the assailants were trying to import narcotics from the southeastern borderlines and two regions in Zabul and Zahedan in Sistan-Baluchestan Province simultaneously and Iranian armed forces clashed with them.

Rezaei said the armed forces also managed to confiscate a considerable amount of light and heavy weapons and munitions, military and telecommunication equipment.