A Look at Iranian Newspaper Front Pages on June 24

Iran Front Page- IFP has taken a look at the front pages of Iranian newspapers on Saturday, June 24, 2018, and picked headlines from 23 of them. IFP has simply translated the headlines and does not vouch for their accuracy.

The top story in many newspapers today was the ultimatum given by Iranian officials to the European Union over the deadline for offering their plan to save the Iran nuclear deal.

Several papers also covered the Sunday presidential and parliamentary elections held in Turkey, in which incumbent president, Recep Tayyip Erdogan, hopes to secure another re-election in the most fiercely-fought polls in the country.

Also a top story was former president and reformist leader Seyyed Mohammad Khatami’s criticism of a letter by a group of reformist figures who called for direct and unconditional talks with the US. Khatami said such talks would be against the country’s national interests and destroy Iran’s dignity.

1- Iran Nuclear Chief: It’s Not Possible to Save JCPOA If Iran’s Interests Not Secured 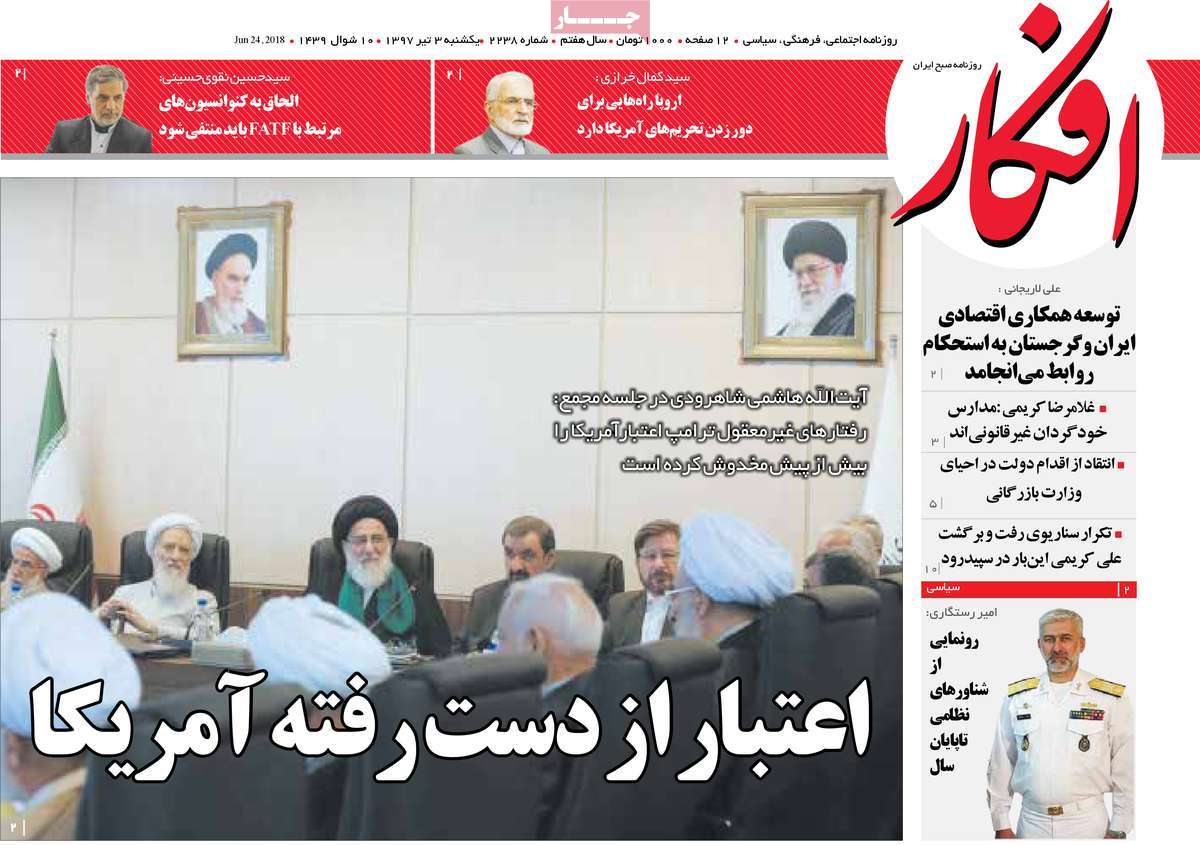 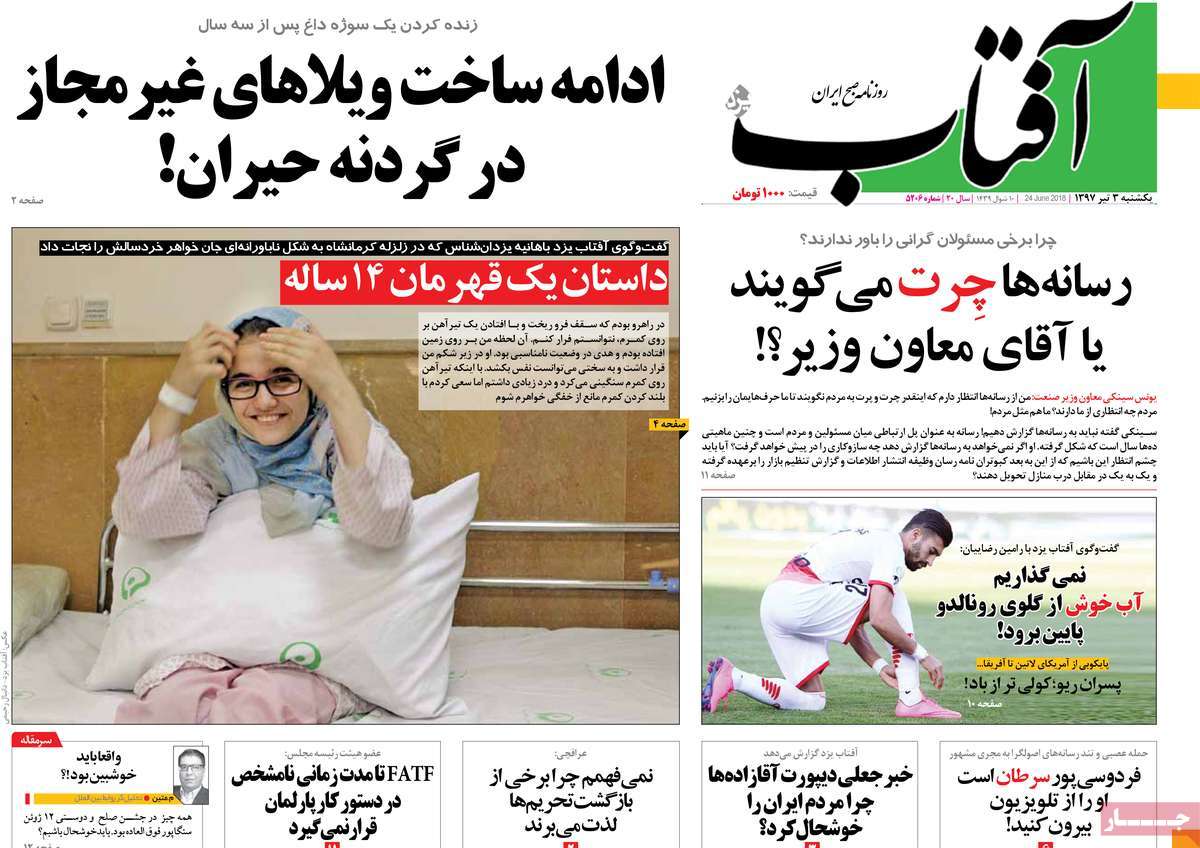 1- Araqchi: JCPOA Parties Must Offer Their Package to Save the Deal by End of June

1- Ex-President Khatami Criticizes Reformists’ Call for Negotiation with US 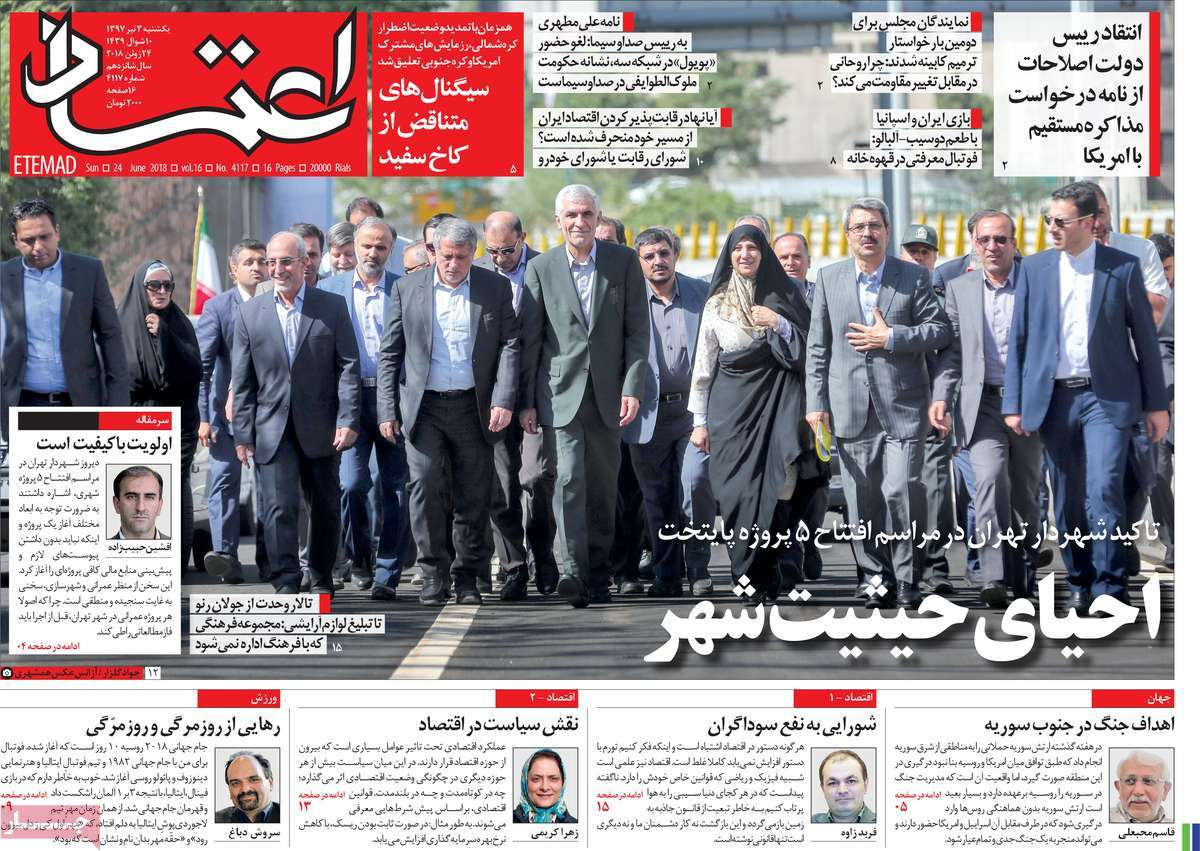 1- Europe Must Find Formula to Save JCPOA: Kharrazi 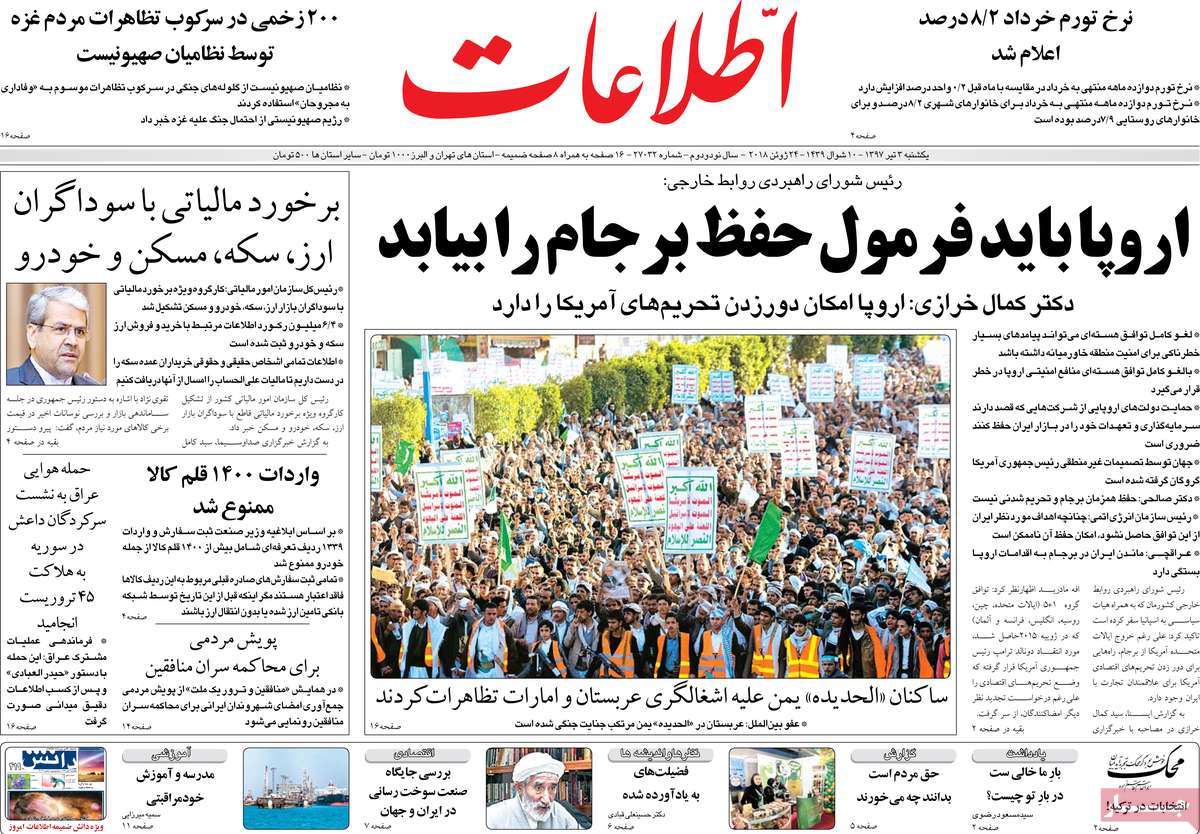 1- Half of Iran Grappling with Water Tension 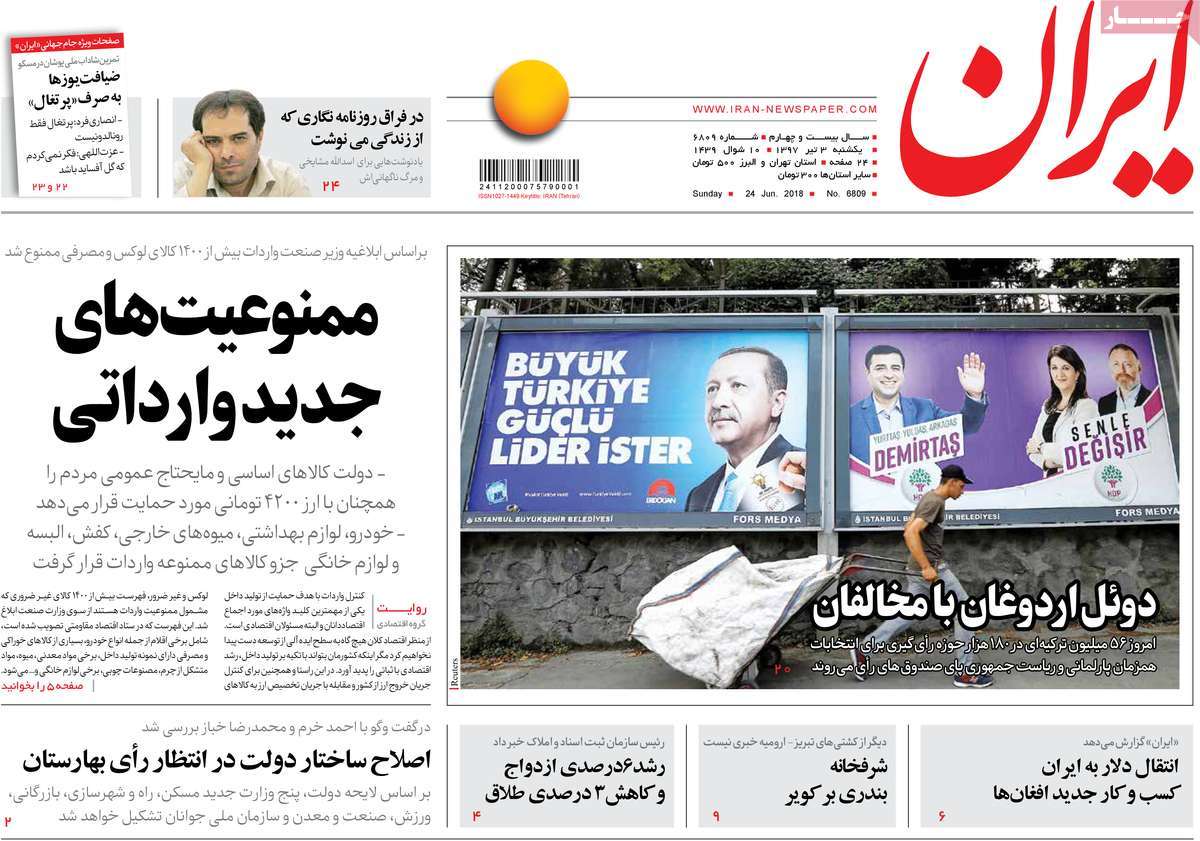 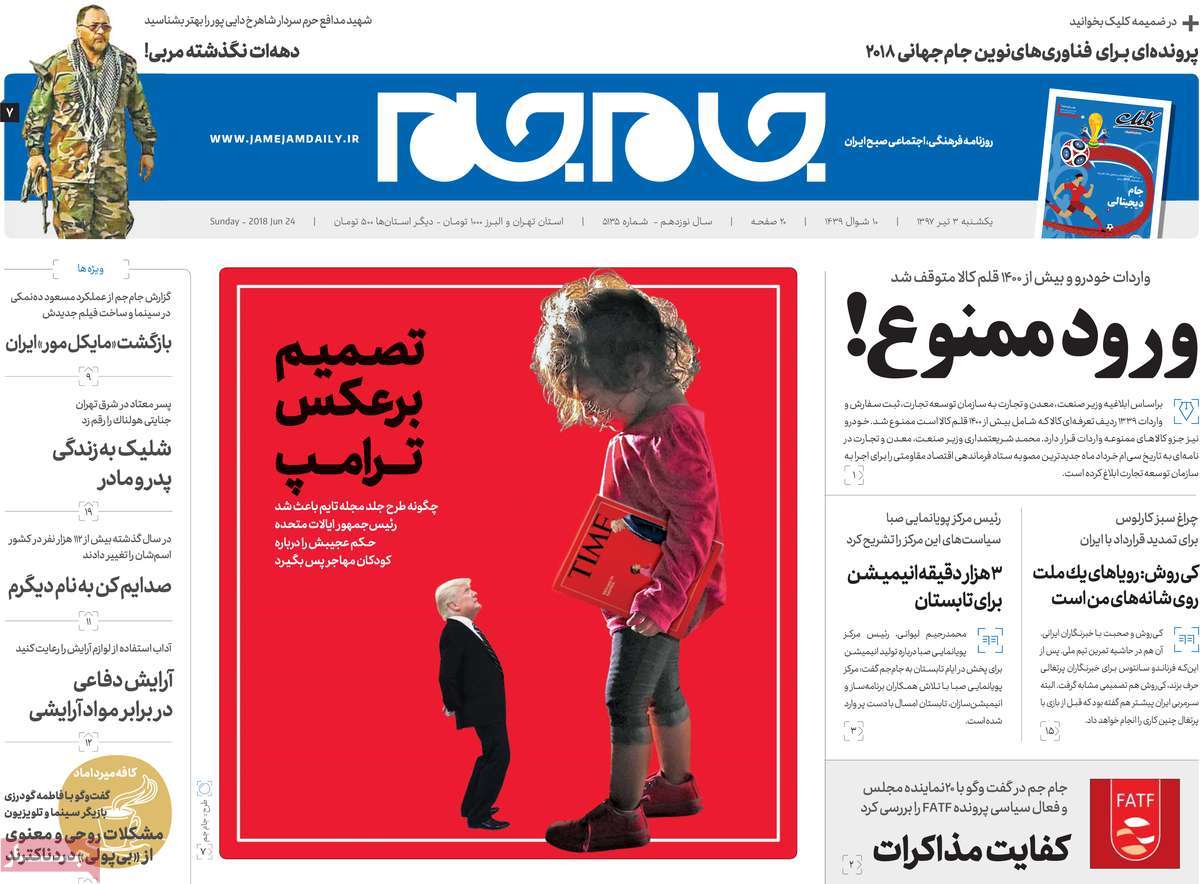 1- Queiroz: I Watched It for 500 Times, Our Goal against Spain Was Correct! 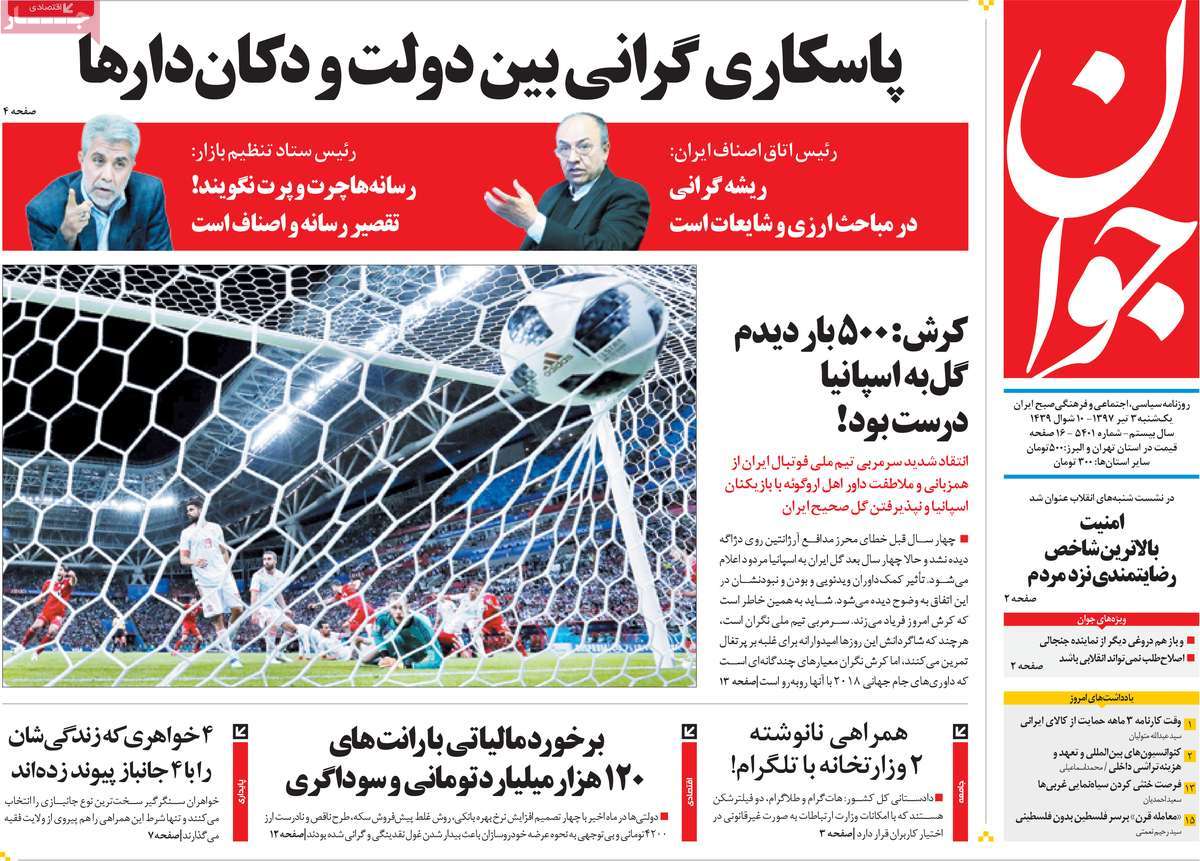 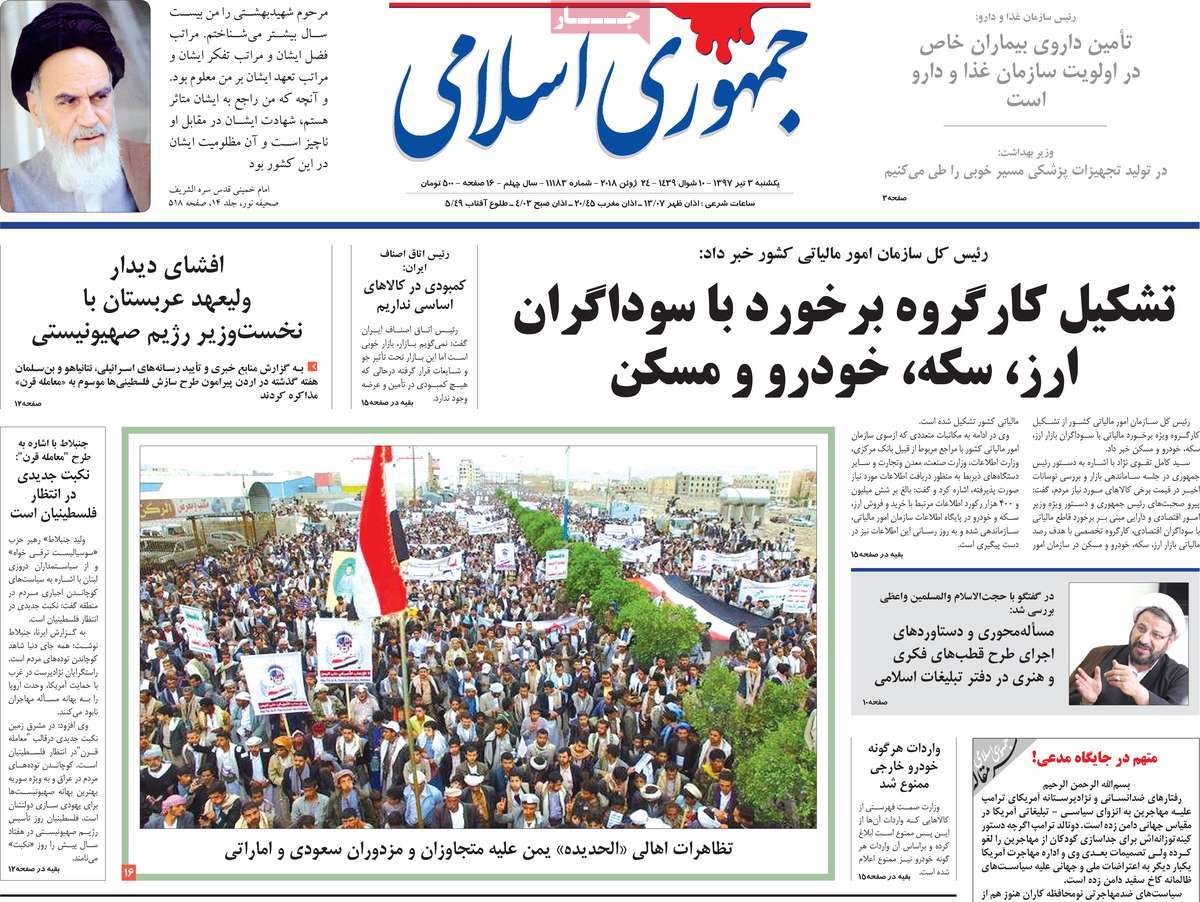 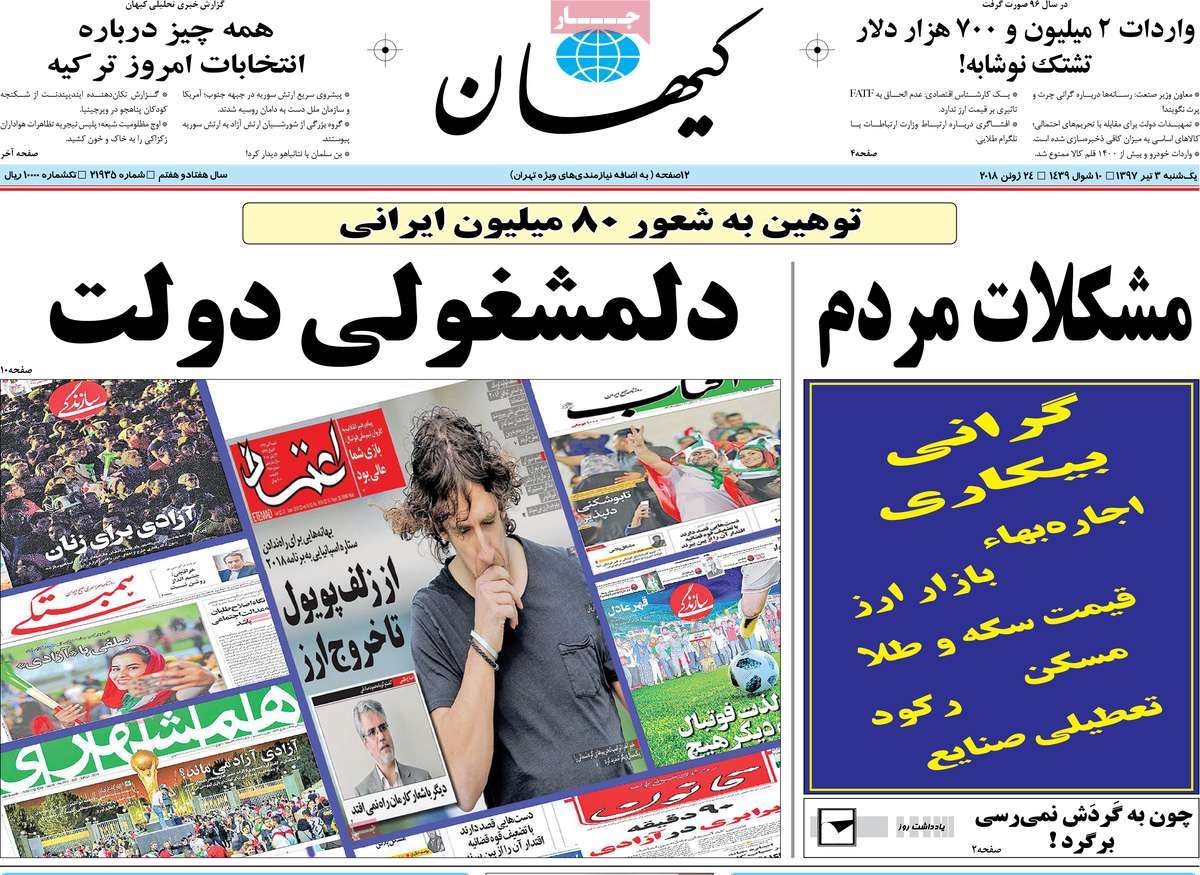 1- Trezeguet: Iran to Have Easier Match against Portugal than It Had against Spain 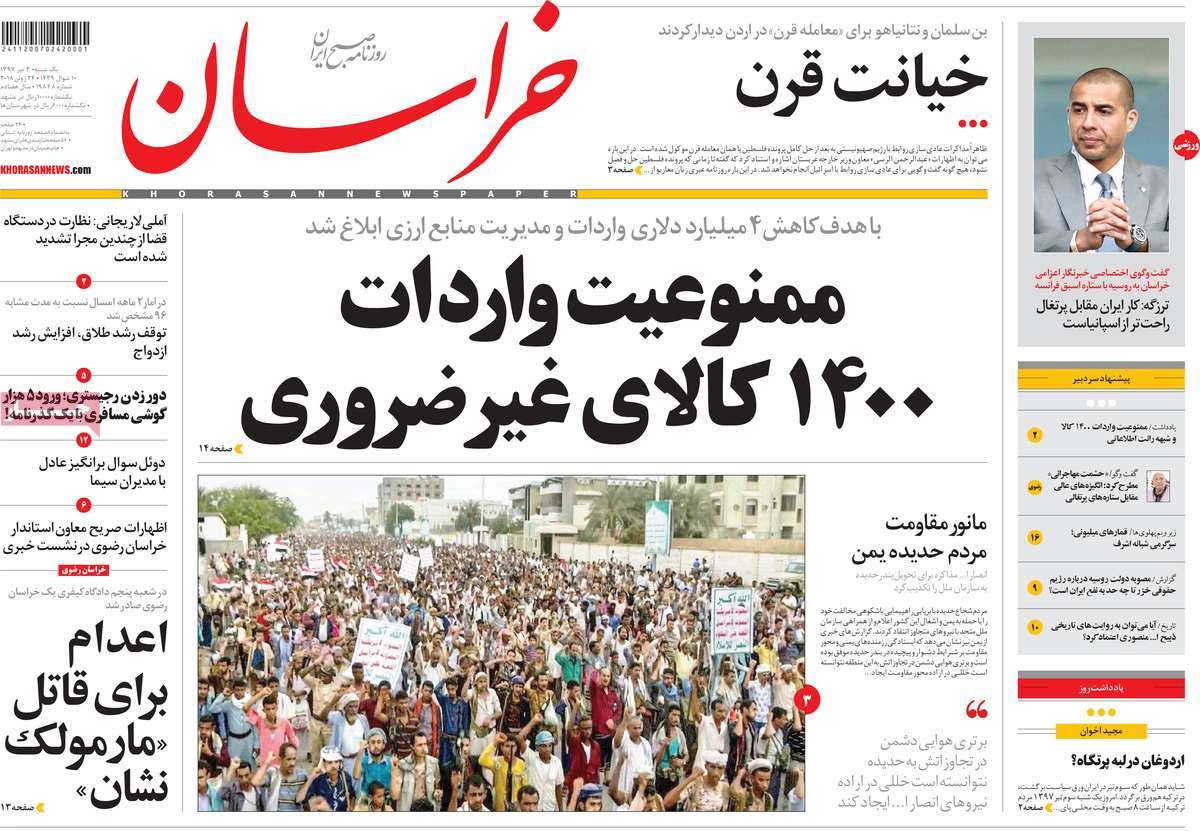 1- Araqchi: I Can’t Understand Why Some Enjoy Return of Sanctions 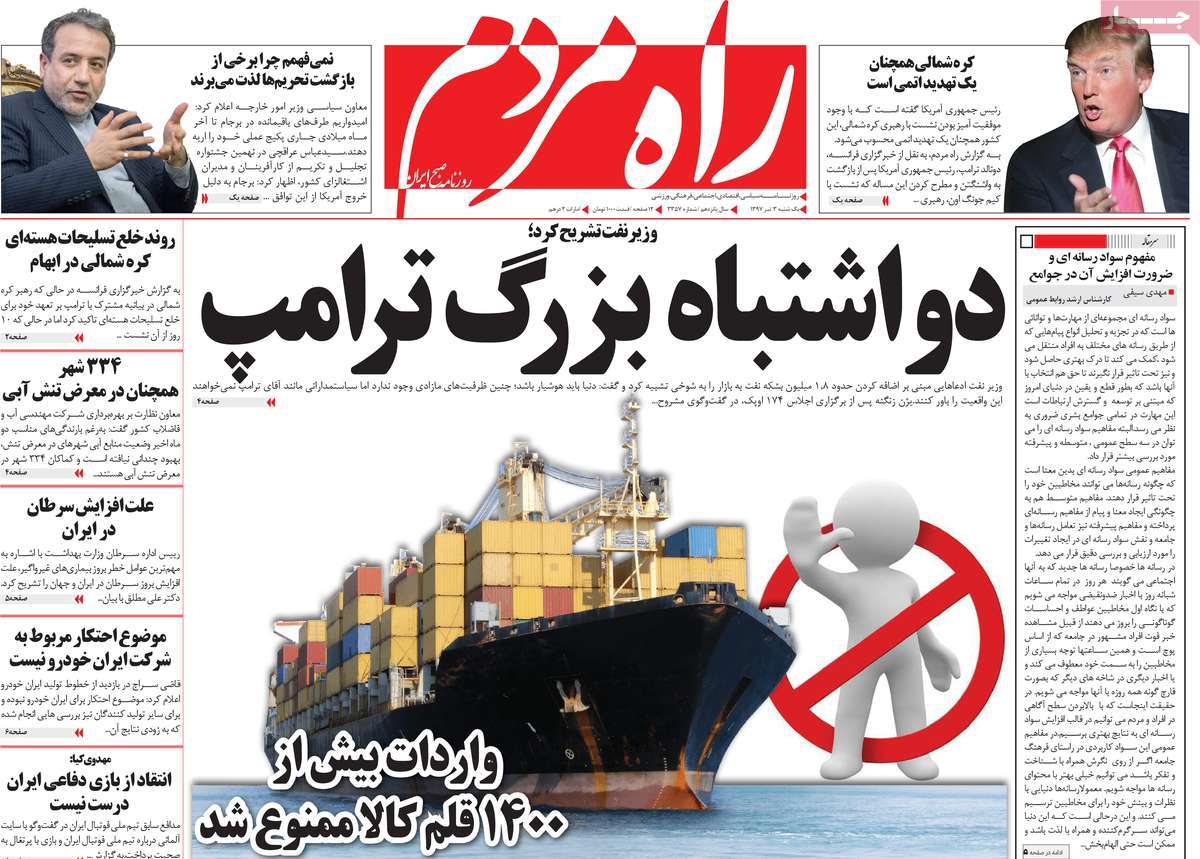 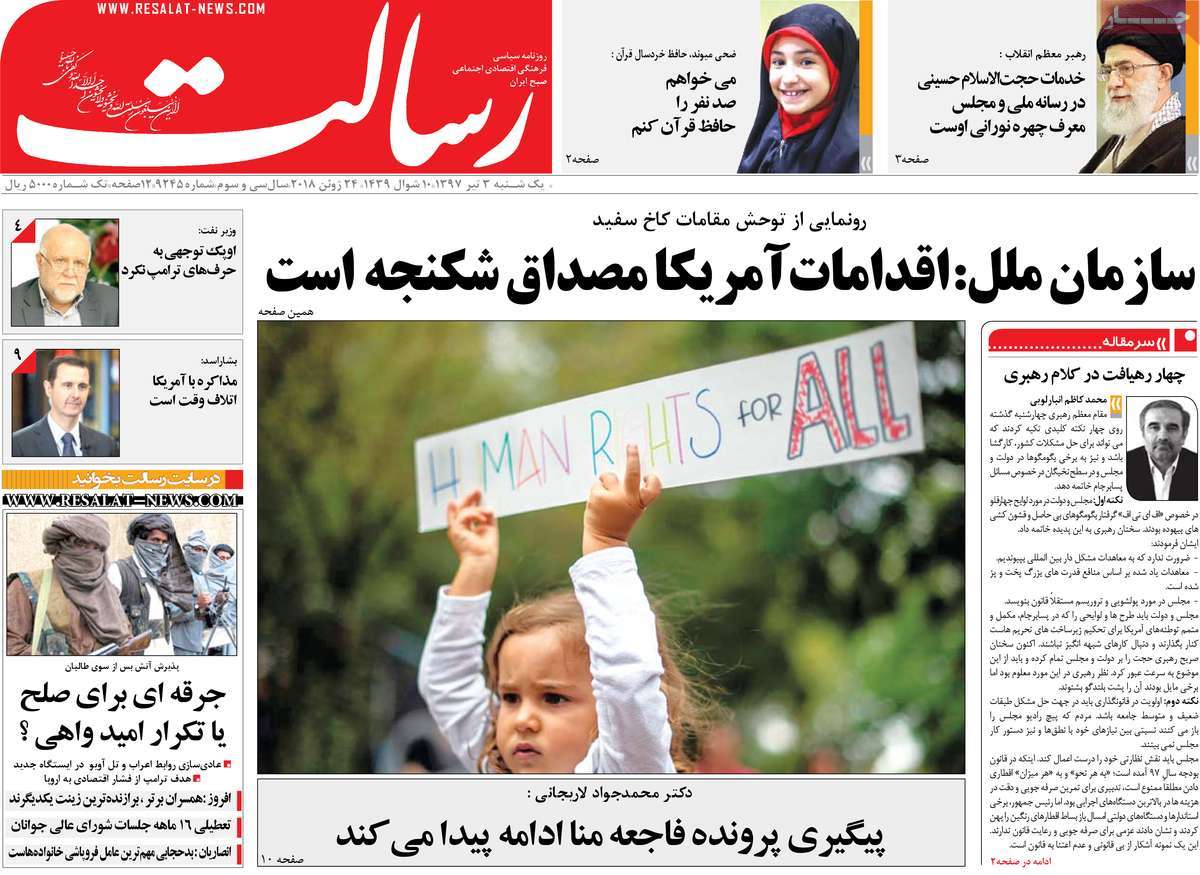 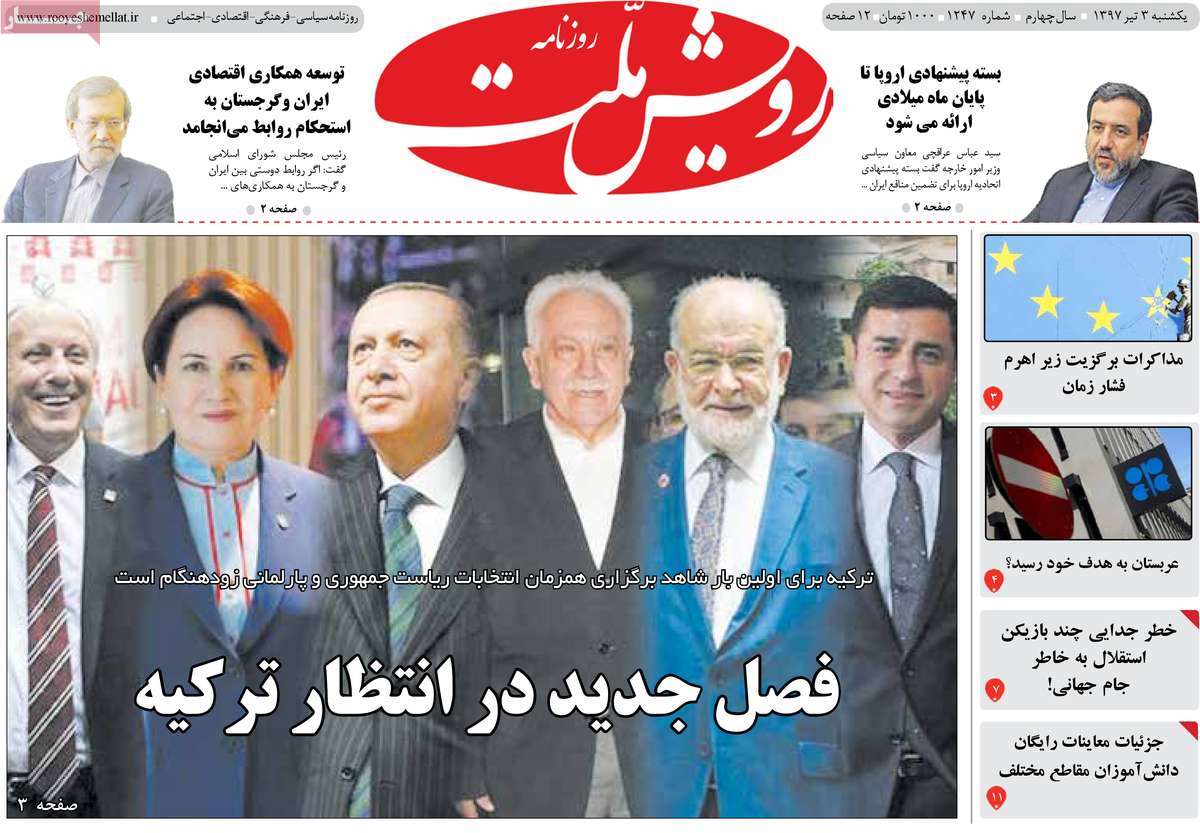 1- Iran Nuclear Chief in Oslo: It’s Not Possible to Save JCPOA While Re-Imposing Sanctions 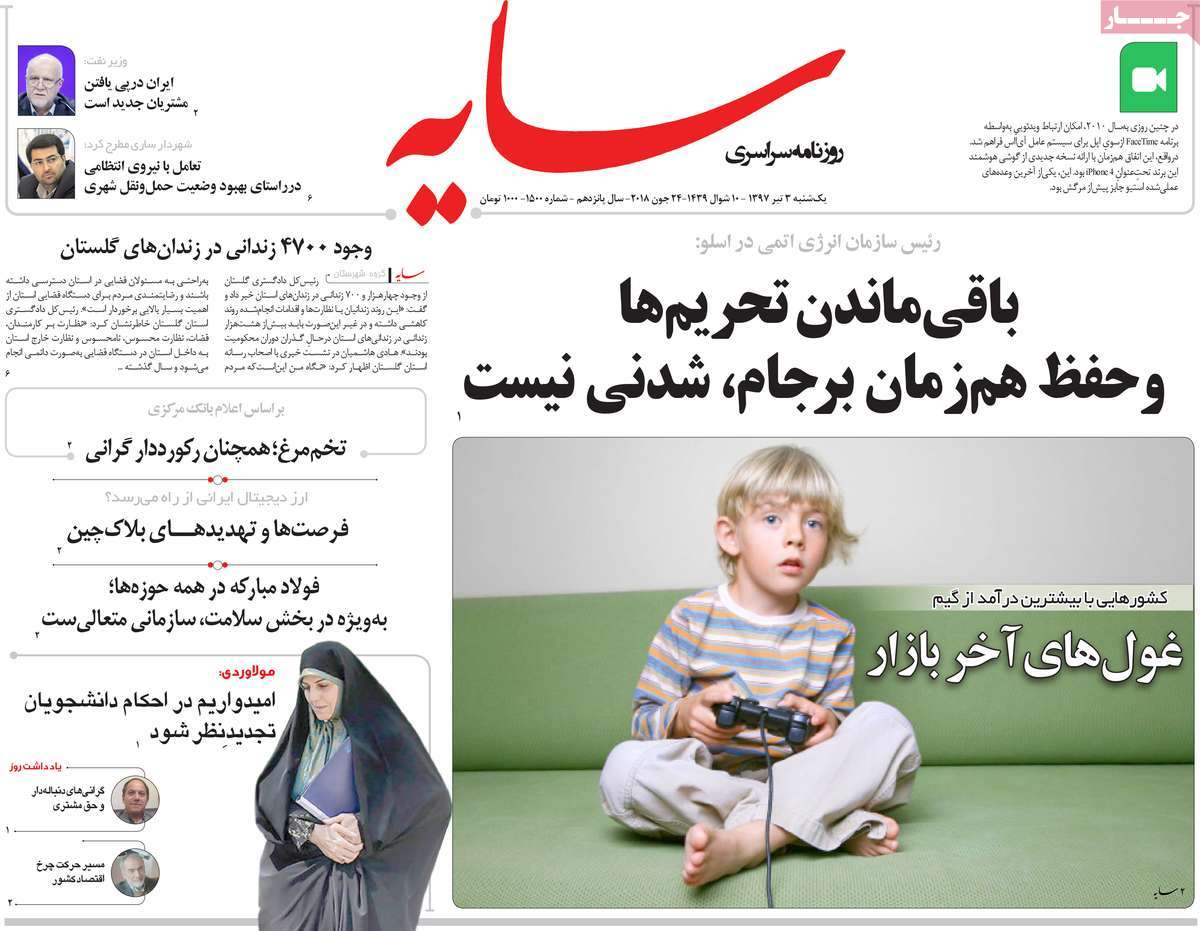 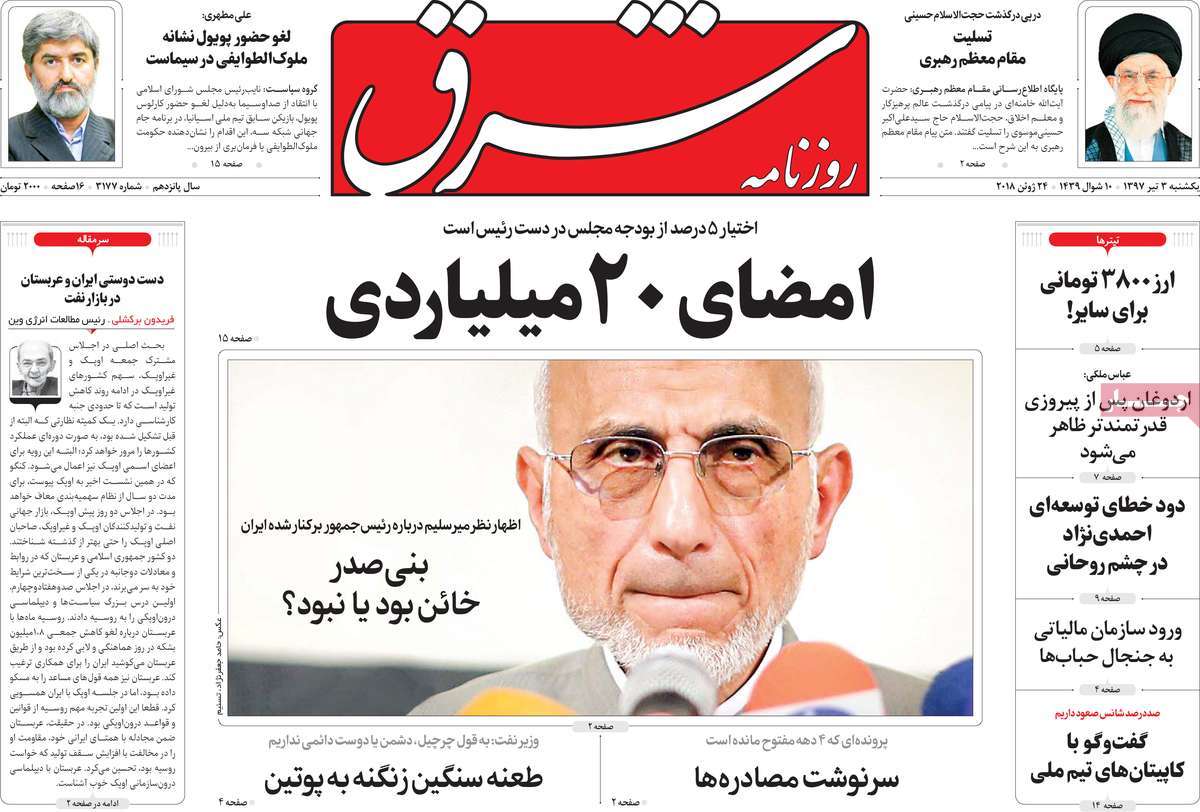 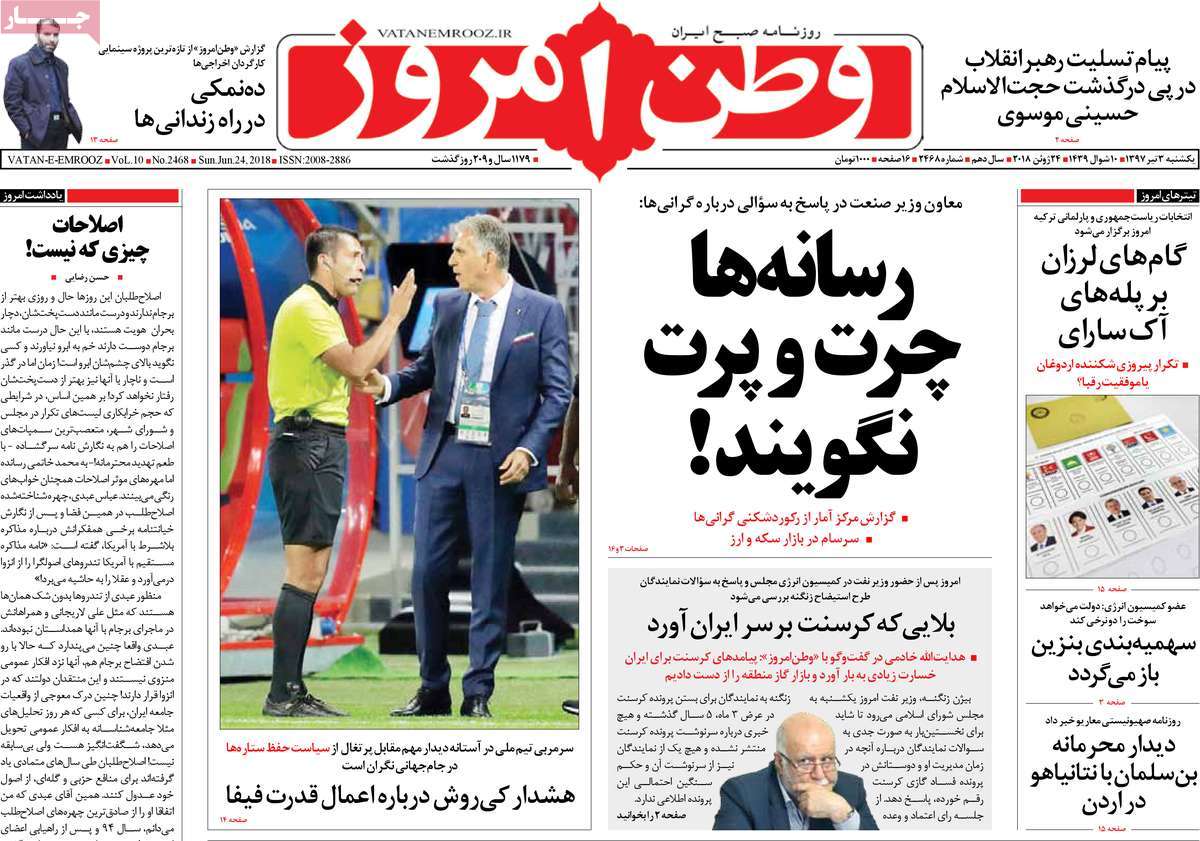