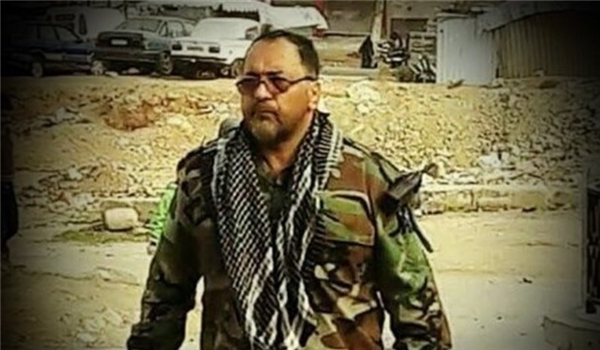 FNA- Brigadier General Shahrokh Dayeepour, one of the Iranian commanders who played an advisory role in the war on terrorism in Syria, was martyred in the town of Albu Kamal in Southeastern Deir Ezzur on Friday.

General Dayeepour was one of the Iranian commanders who played an advisory role in Syria to help the army cleanse Deir Ezzur province from the remnants of the ISIL terrorist group.

He was sent to Syria from Iran’s Western province of Kermanshah.

Martyr Dayeepour was an expert in using TOW and anti-armored missiles, had trained the Lebanese resistance group’s fighters in the past few years and was an international diving instructor.

He was a military advisor to anti-armored units and battle commanders in Syria.

Iran has always underlined that its forces just provide military advisory role in Syria to help the war-torn Arab country overcome the threat of terrorist groups.