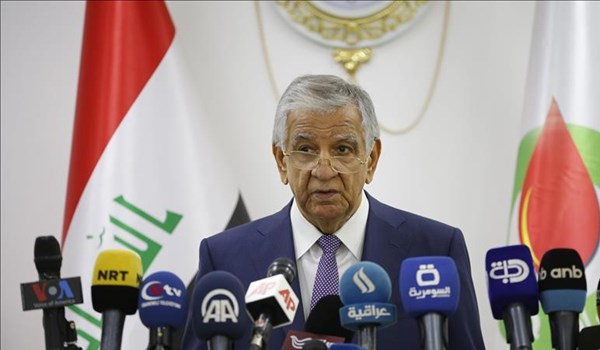 Iraq: Oil swap with Iran to remain unaffected by sanctions

FNA- Iraqi Oil Minister Jabbar al-Luiebi underlined that the US sanctions will have no effect on Tehran-Baghdad oil swap agreement, media reports said.

“The crude oil exported from Iraq to Iran has been calculated as the price of electricity received from Iran and has not yet been swapped as yet; hence we will continue swap with the country,” the Arabic-language al-Forat news agency quoted al-Luiebi as saying on the sidelines of the 174th Meeting of the OPEC Conference in Vienna.

“We have just started transferring small amount of oil to Iran’s refineries, but this is not the basis for the exchange,” the Iraqi oil minister added.

According to the CIF-based swap deal, Iran receives 30,000 to 60,000 bpd of oil from Kirkuk oilfields in northern Iraq to an Iranian refinery across the border via tanker trucks, in exchange for oil for southern Iraq.

Decreasing costs of transporting oil to refineries in Western and Northern Iran and also receiving transit rights are among advantages of implementing the swap plan.