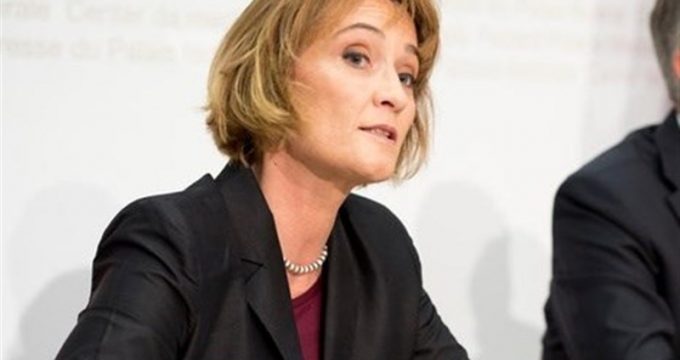 Swiss Secretary of State for Foreign Affairs Pascale Baeriswyl highlighted Iran’s contribution to regional peace and stability, expressing the hope that her country, together with Iran and other countries, could help resolve the crisis in Yemen.

Iran, Russia to continue coop. against US ‘illegal’ sanctions

The deputy foreign ministers of Iran and Russia have stressed to continue bilateral cooperation against United States ‘illegal’ withdrawal from the nuclear deal.

ICJ to hear Iran’s lawsuit against US over frozen assets

The International Court of Justice (ICJ) says it will in a few months hear a case brought by Tehran against Washington over the latter’s attempt to pay billions in Iran’s frozen assets to alleged terror victims.

Iran’s oil minister Bijan Zanganeh said on Saturday that OPEC and its allies will increase oil output by close to 500,000 barrels per day after agreeing a new production deal on Friday.

Renowned French pianist Richard Clayderman, known as the most successful pianist in the world, held his first-ever live performance in Iran on Friday.

Brigadier General Shahrokh Dayeepour, one of the Iranian commanders who played an advisory role in the war on terrorism in Syria, was martyred in the town of Albu Kamal in Southeastern Deir Ezzur on Friday.

Iran doesn’t expect its oil customers to get sanctions waivers

Iran said it doesn’t believe buyers of its oil will get waivers from the U.S. government that would allow them to continue purchasing cargoes after President Donald Trump’s renewal of sanctions.

85,000 Iranians to go to Hajj in Saudi Arabia: Official

Despite the lack of diplomatic ties between Iran and Saudi Arabia, around 85,000 Iranian pilgrims are going to make the Hajj pilgrimage this year, an Iranian official said.

Serbian President Aleksandar Vučić said Thursday that despite pressures from Western countries Serbia will continue its efforts to expand cooperation with Iran.

Against the odds, Queiroz steers Iran to new heights

Iran coach Carlos Queiroz has taken three different nations to the World Cup finals but in his current role, he has confronted problems beyond the realm of sports.