A Look at Iranian Newspaper Front Pages on June 23

Iran Front Page- IFP has taken a look at the front pages of Iranian newspapers on Saturday, June 23, 2018, and picked headlines from 17 of them. IFP has simply translated the headlines and does not vouch for their accuracy.

The top story in all newspapers today was the remarks by Iranian Deputy Foreign Minister Seyyed Abbas Araqchi about the critical conditions of the Iran nuclear deal. Araqchi says the JCPOA is in the ICU and there is no positive prospect for ongoing talks with Europe.

Also a major story today was an article by Foreign Minister Mohammad Javad Zarif, in which he has responded to his American counterpart’s 12 demands from Iran.

The agreement of Organisation of Petroleum Exporting Countries (OPEC) on a one-million bpd increase in their oil outputs also received great coverage today. 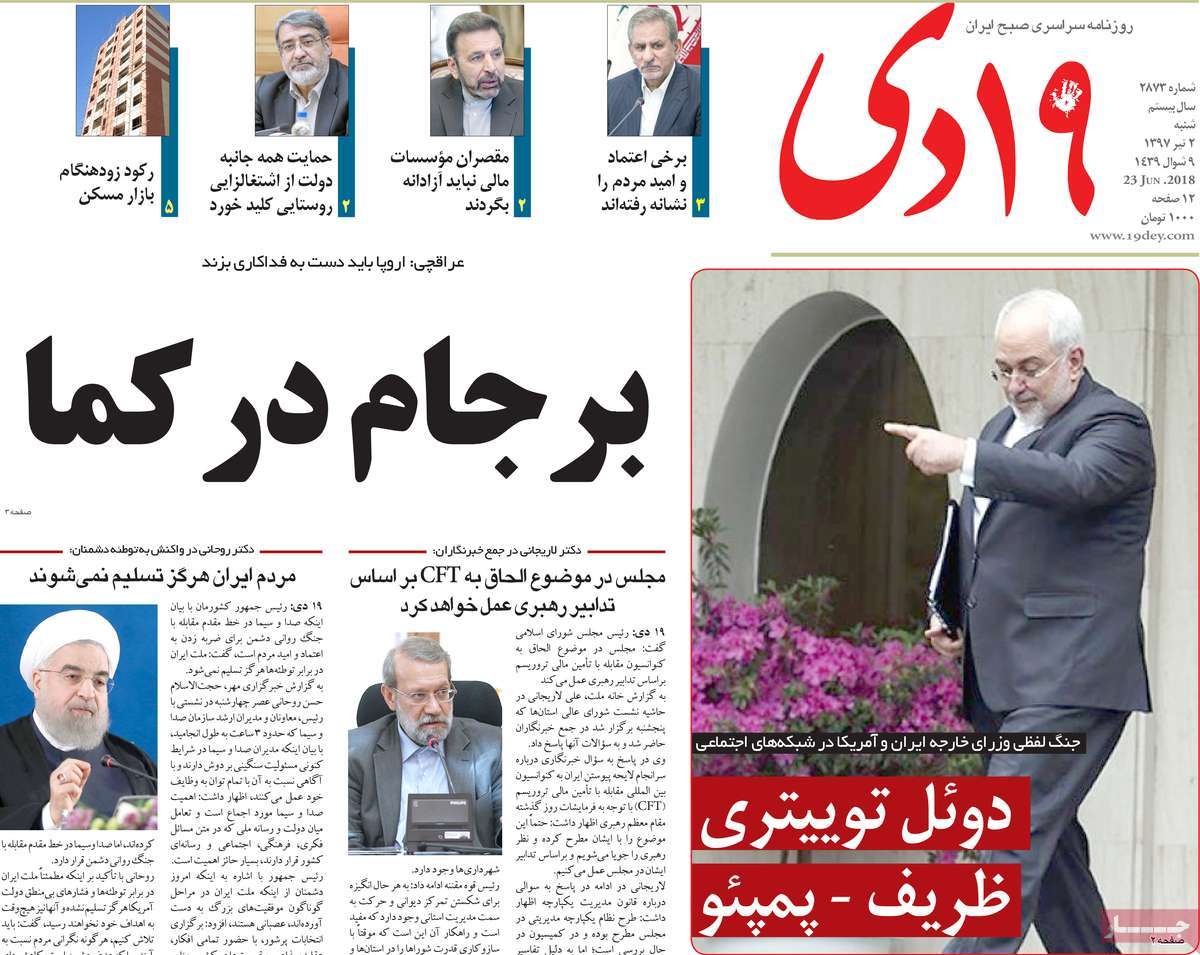 1- Araqchi: Iran May Withdraw from JCPOA in Coming Week 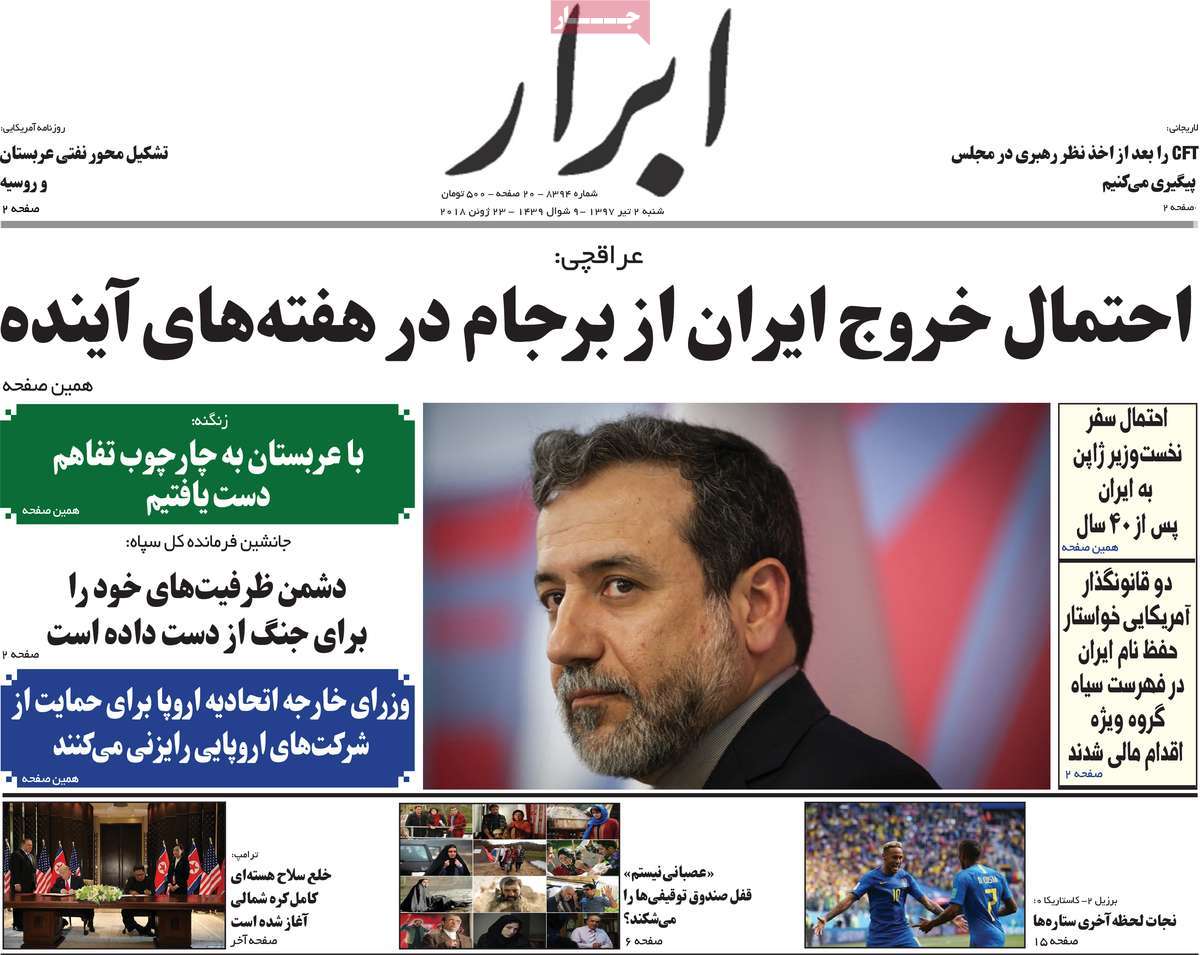 2- We Need a Man like Carlos Queiroz for Our Politics, Economy

4- Vahid Amiri: I May Nutmeg Ronaldo as Well! 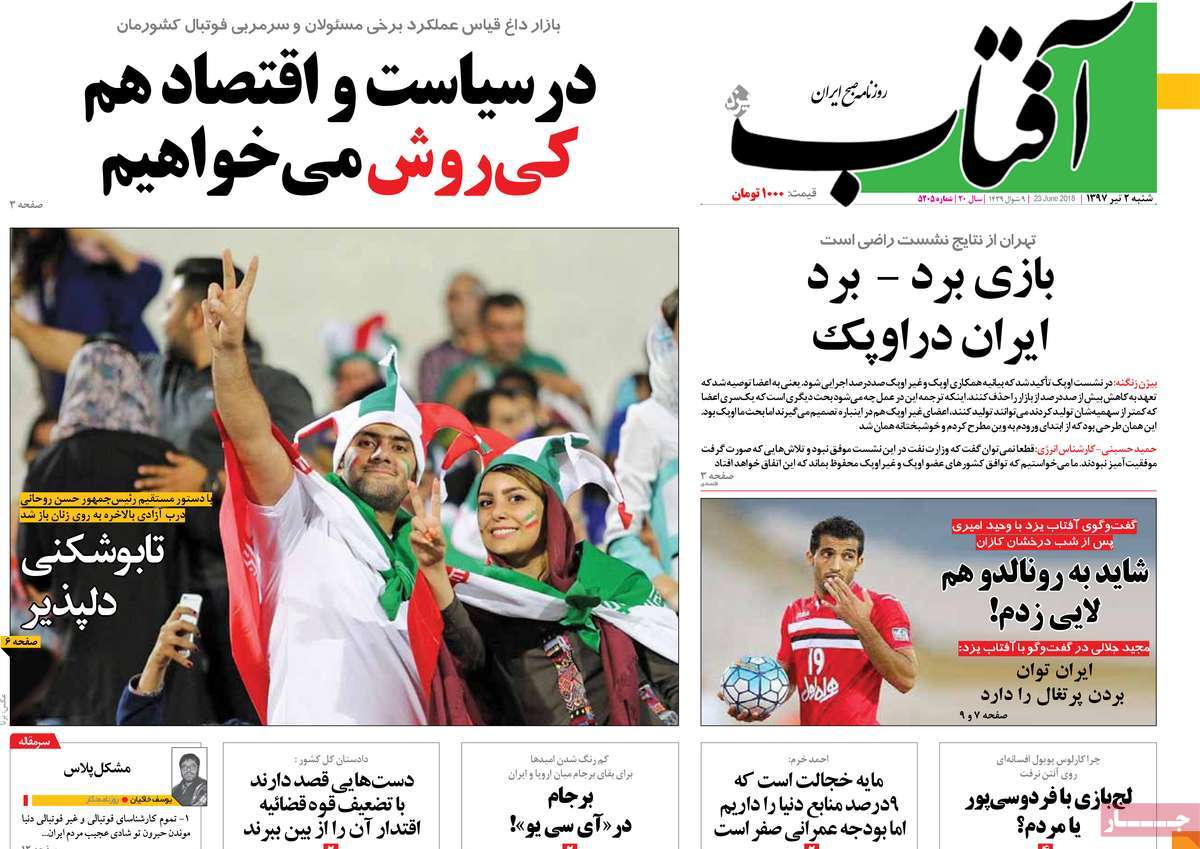 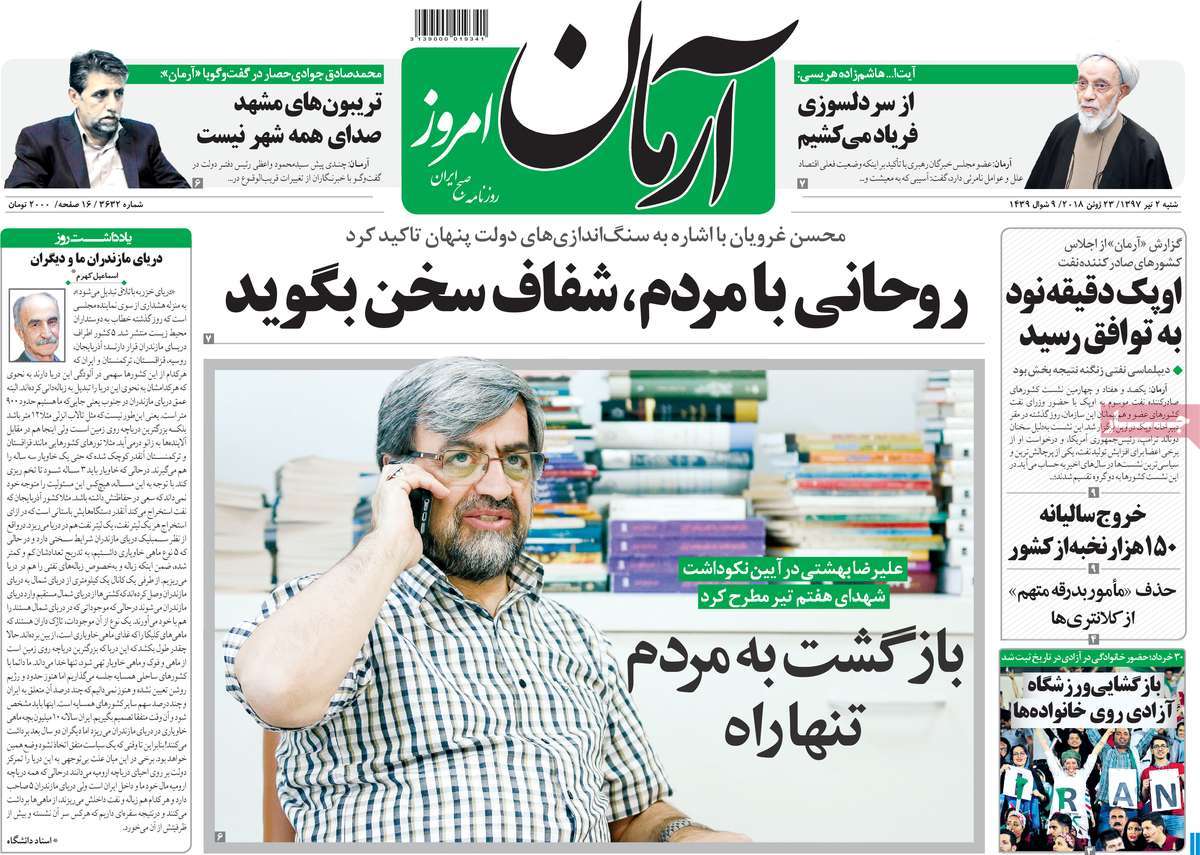 1- Araqchi: Europe Must Make More Sacrifices to Save JCPOA 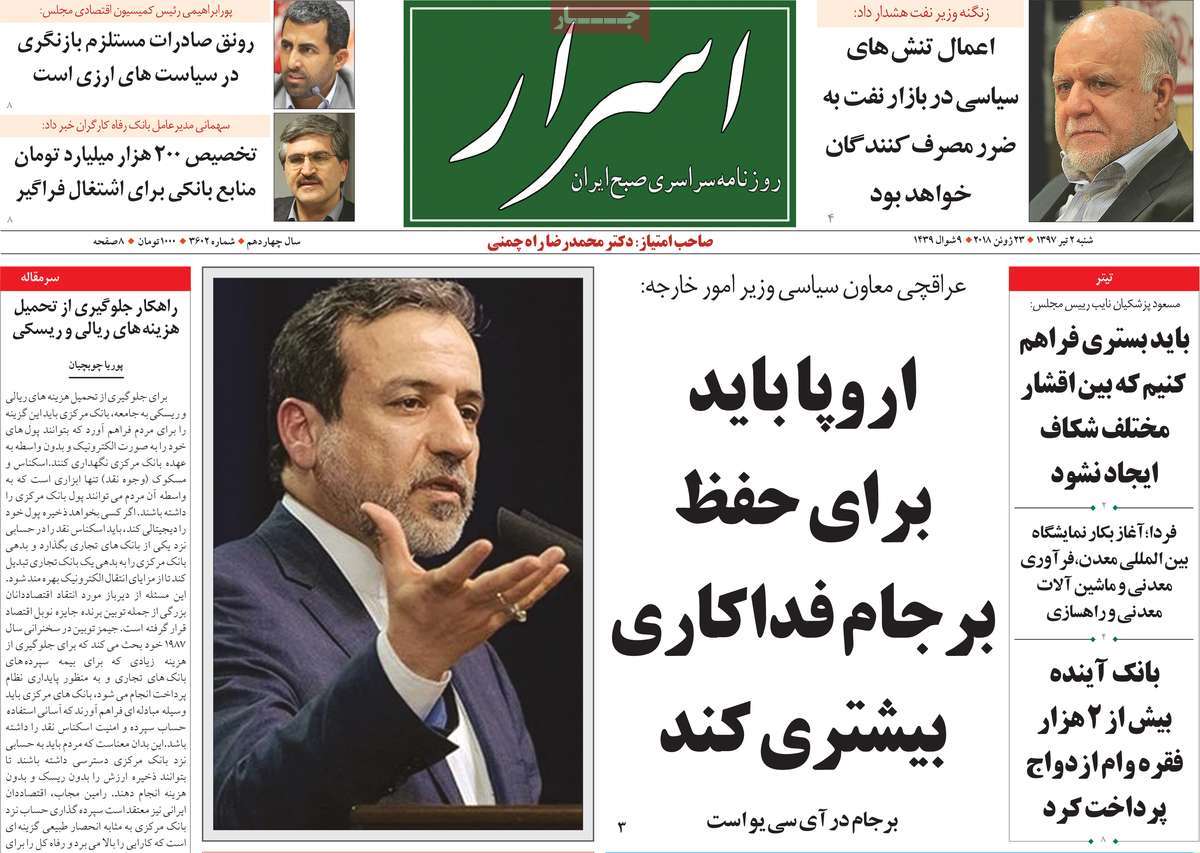 1- Oil Peace: A Report on Division among OPEC Members, Its Impacts on Energy Market 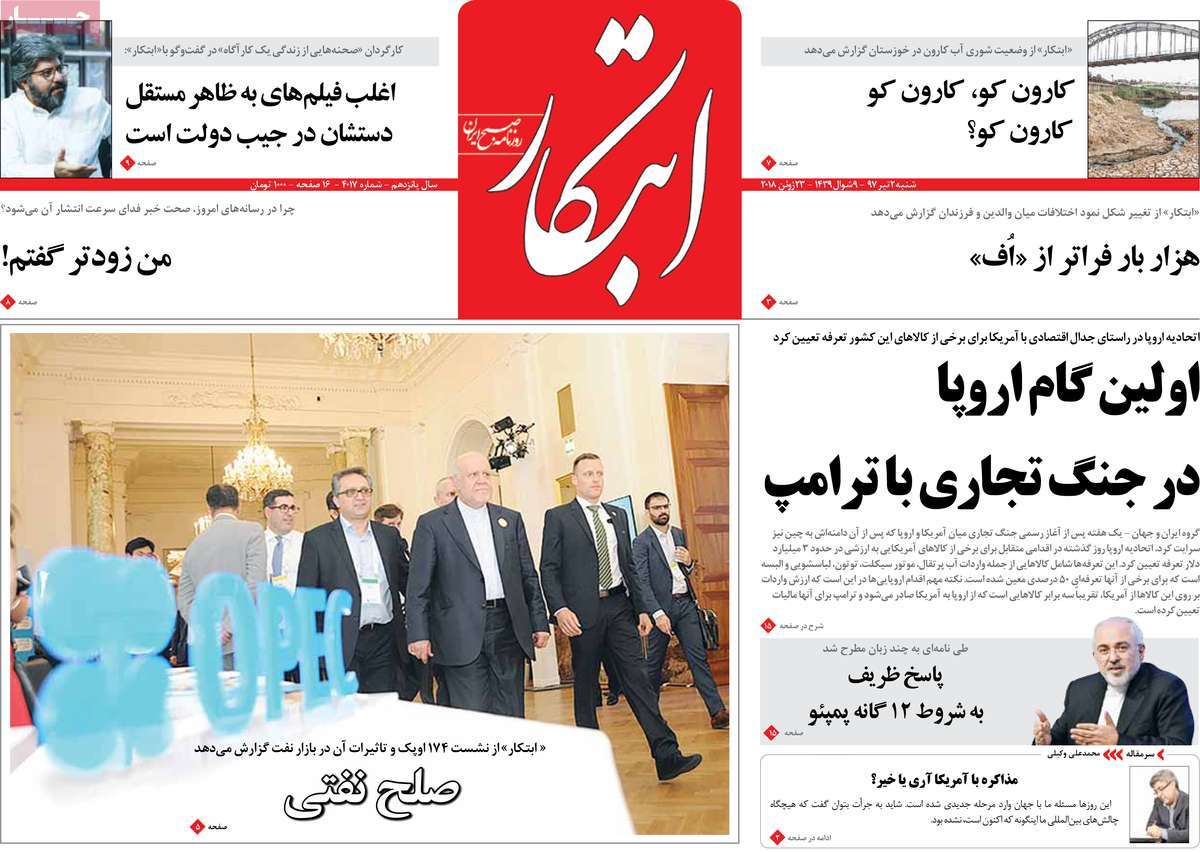 1- Iran Leader’s Message to Team Melli: You Did a Great Job against Spain

2- Erdogan to Be Tested Again: Turkey Elections Due to Be Held Sunday 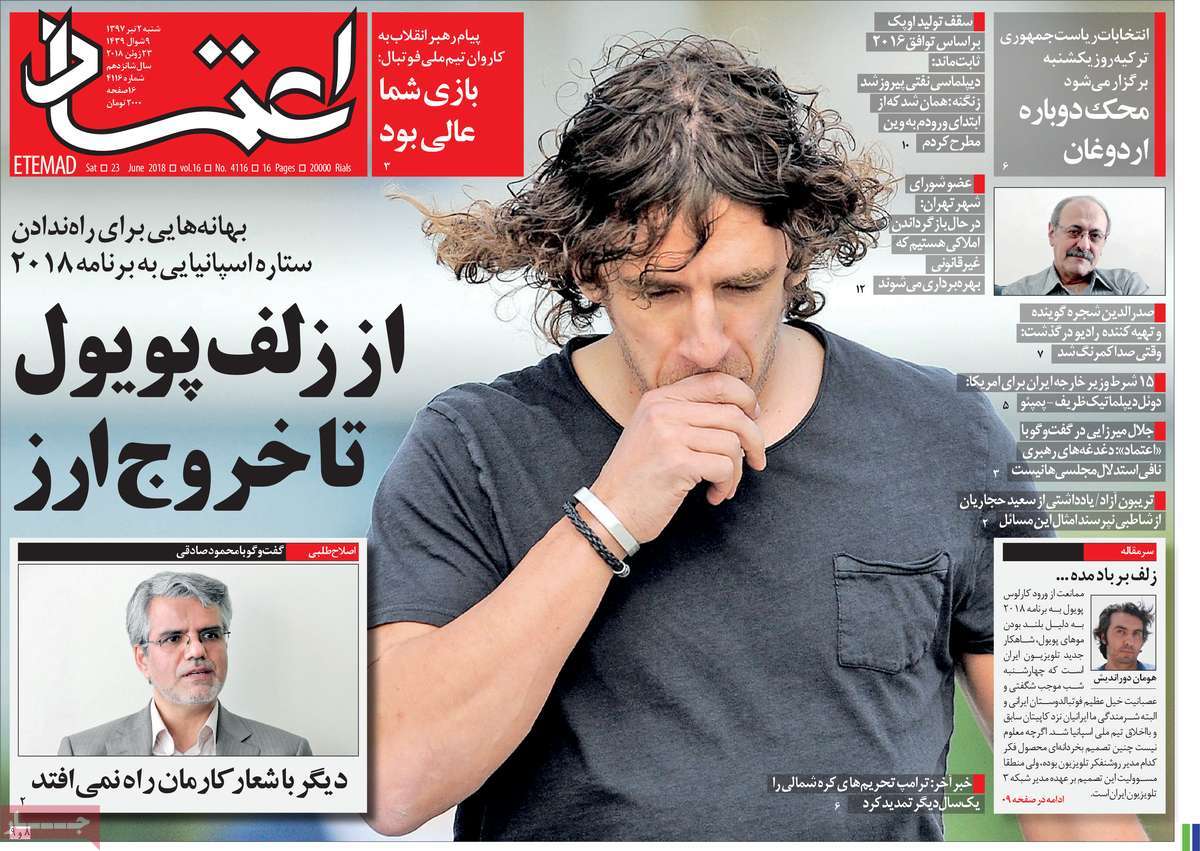 2- Larijani: Parliament to Do as the Leader Says on Accession to FATF 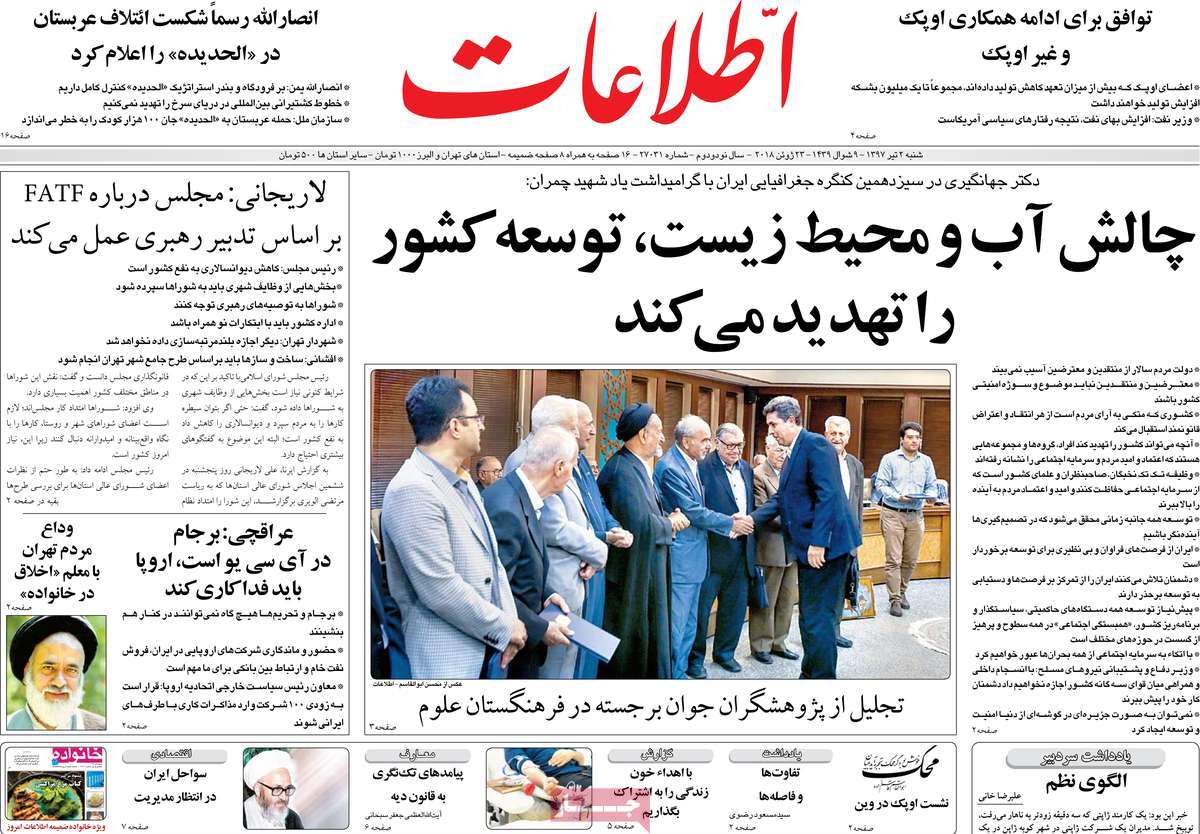 1- Energy Minister: Water Crisis Is Always with Us 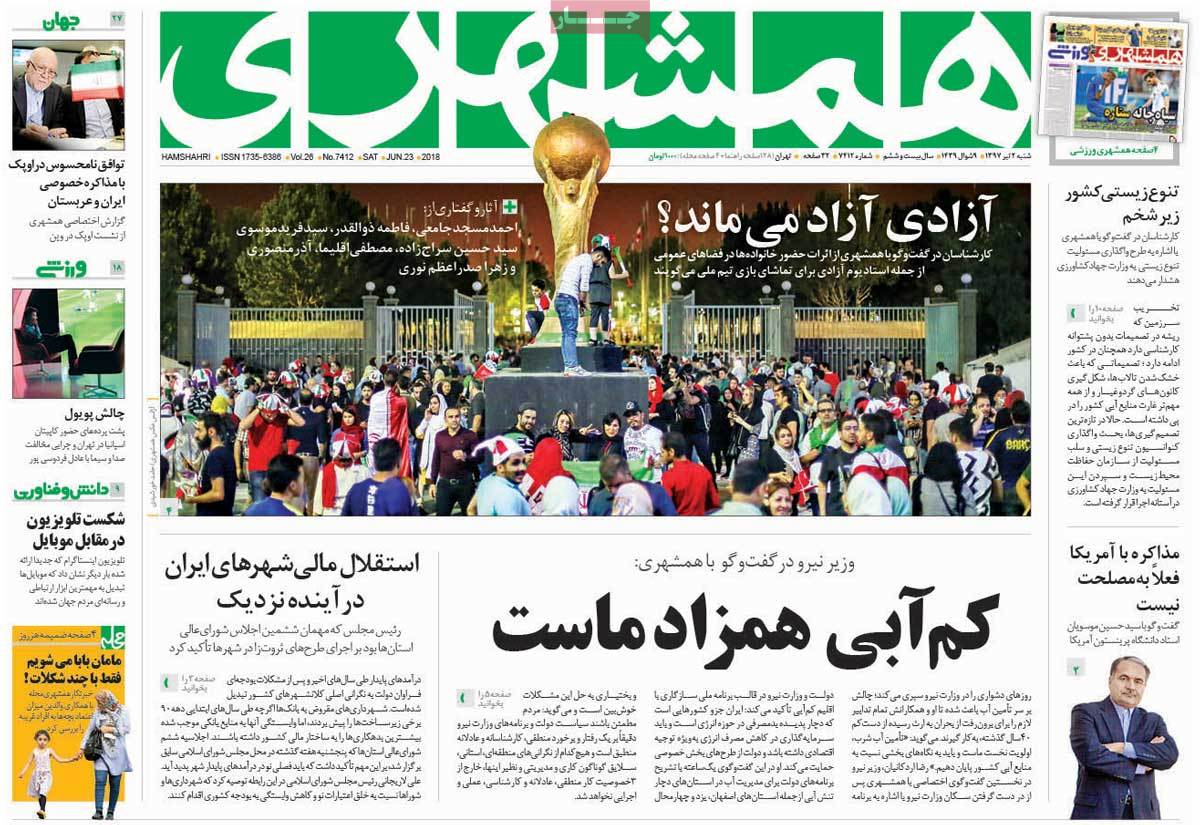 1- JCPOA in ICU: Araqchi Says Talks with Europeans Not Satisfactory 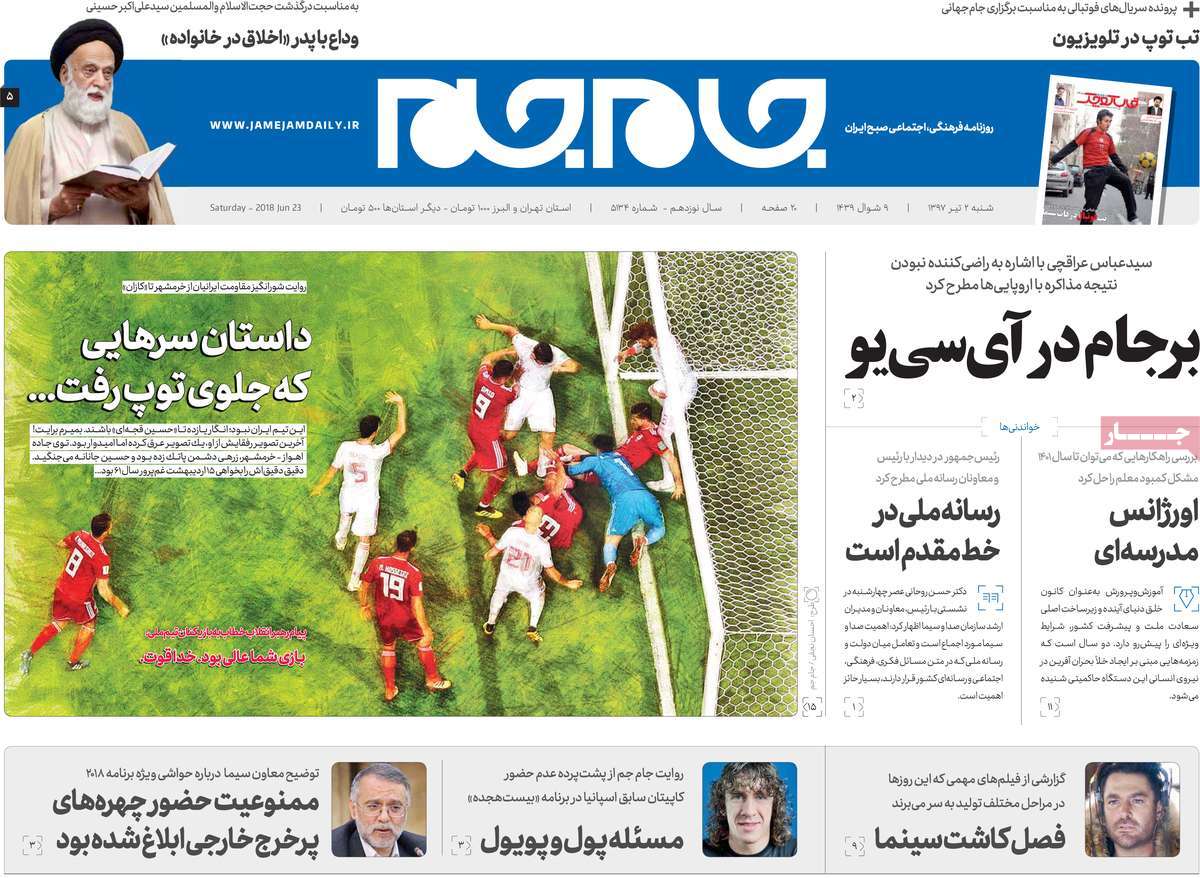 2- Dark Days of Human Rights in US 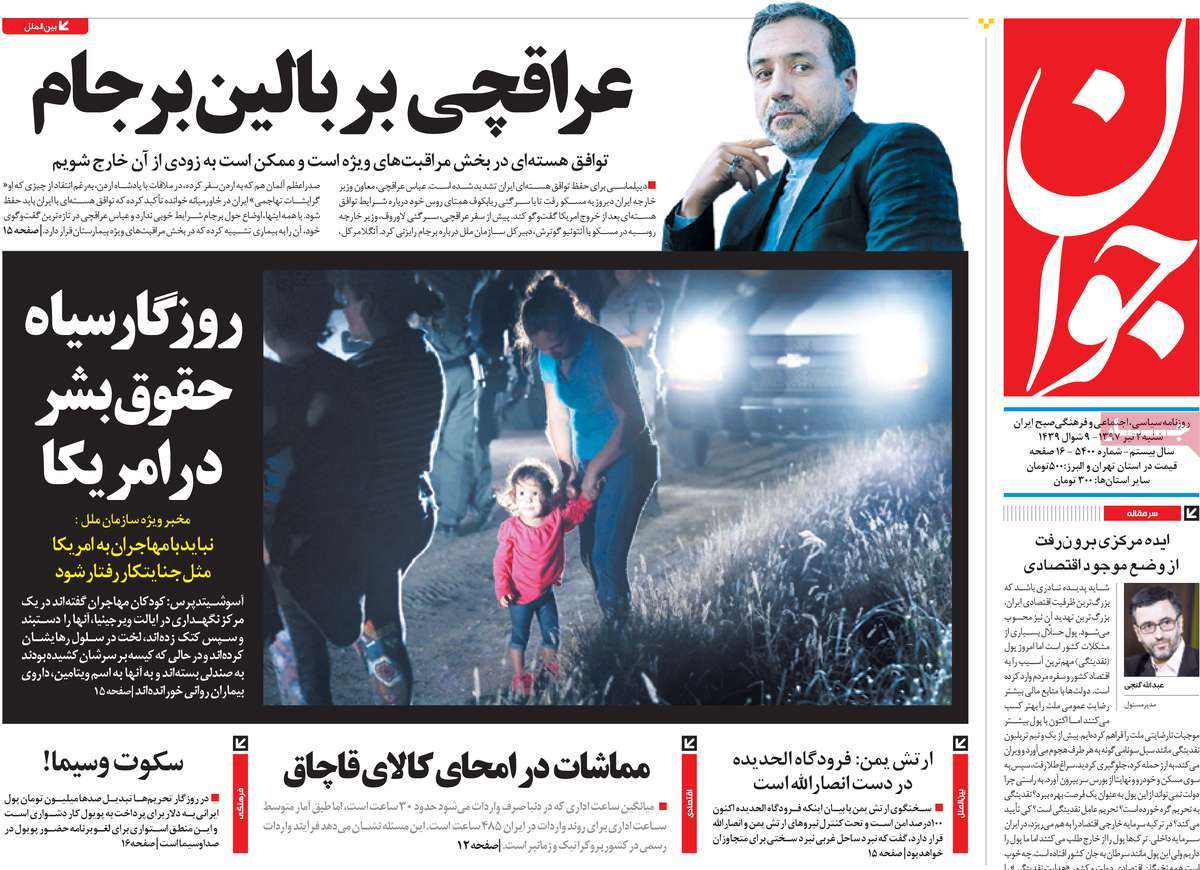 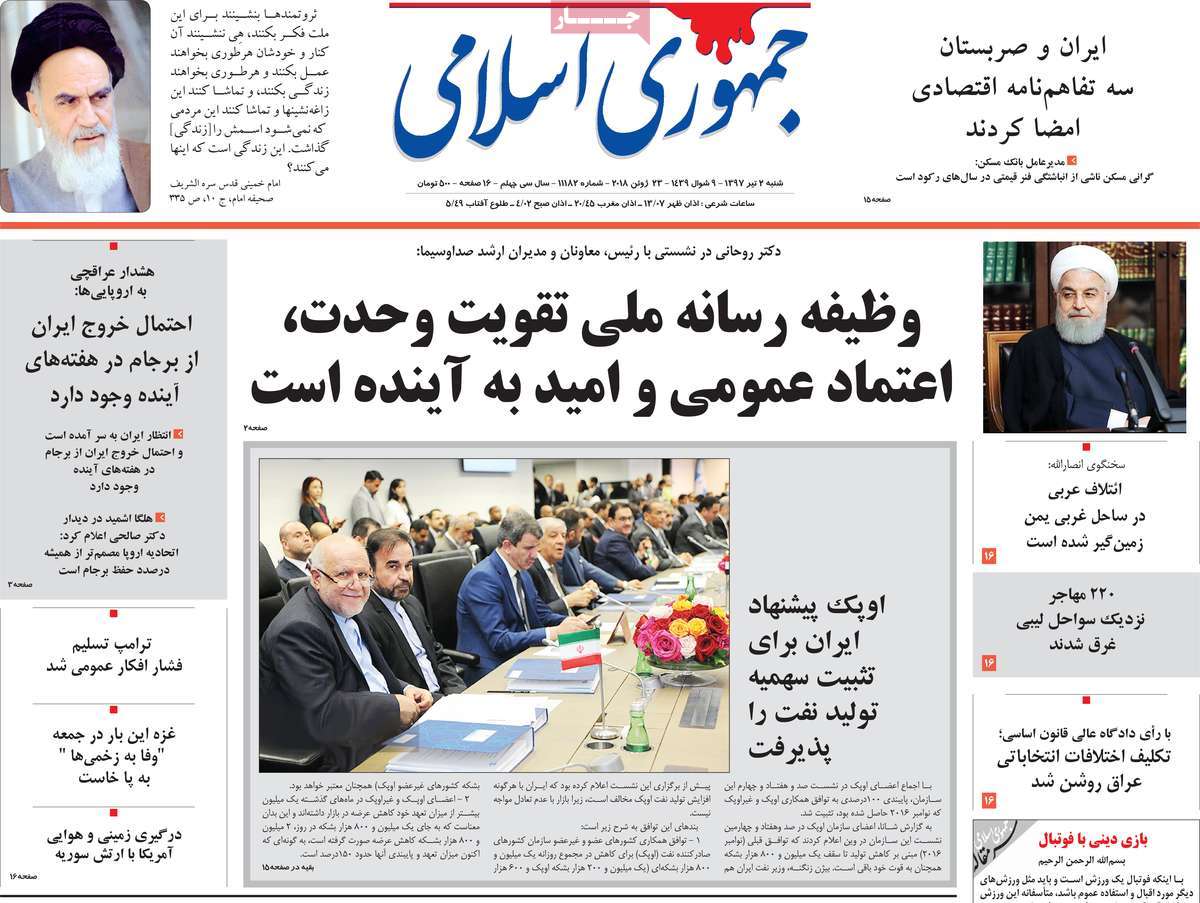 1- Syrian Army Fighting American Troopers in Homs on the Ground 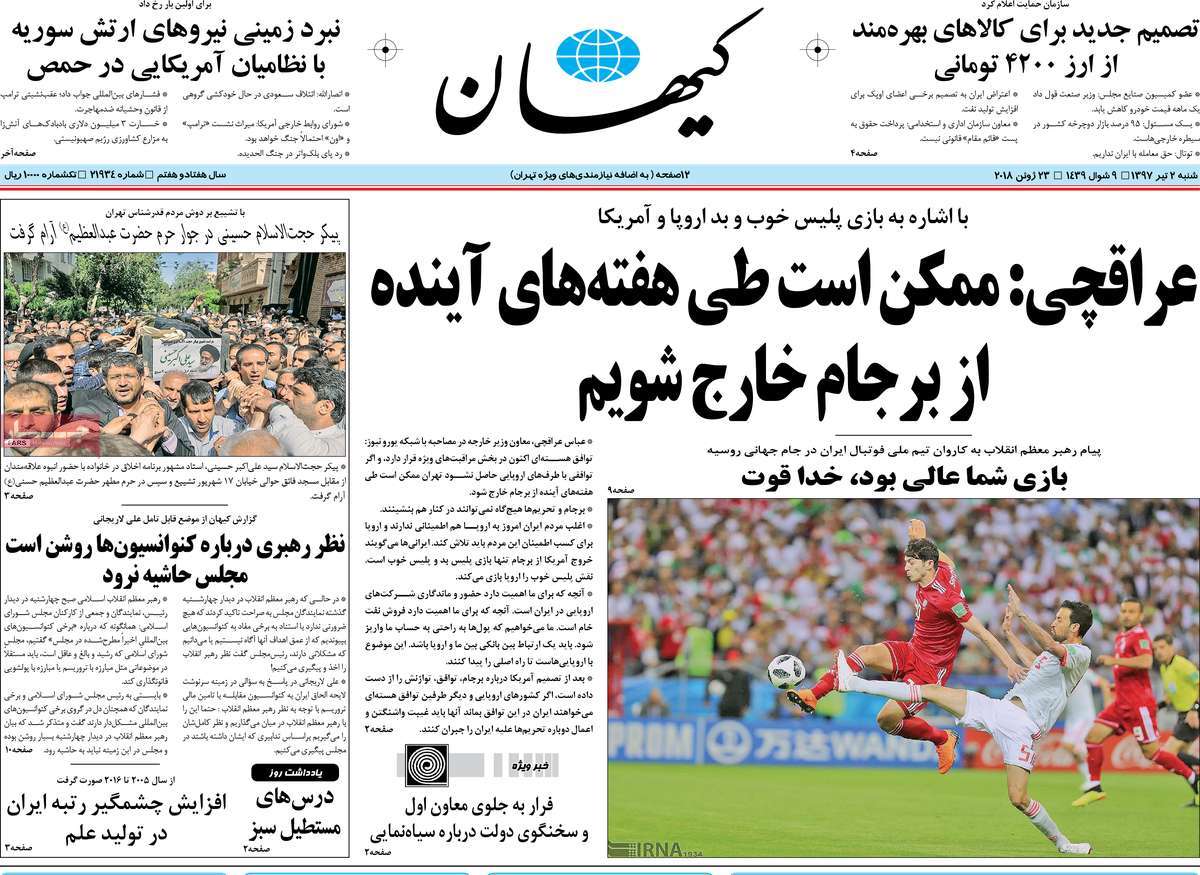 1- Tehran Friday Prayers Leader: Negotiation with US Not to Solve Any Problem 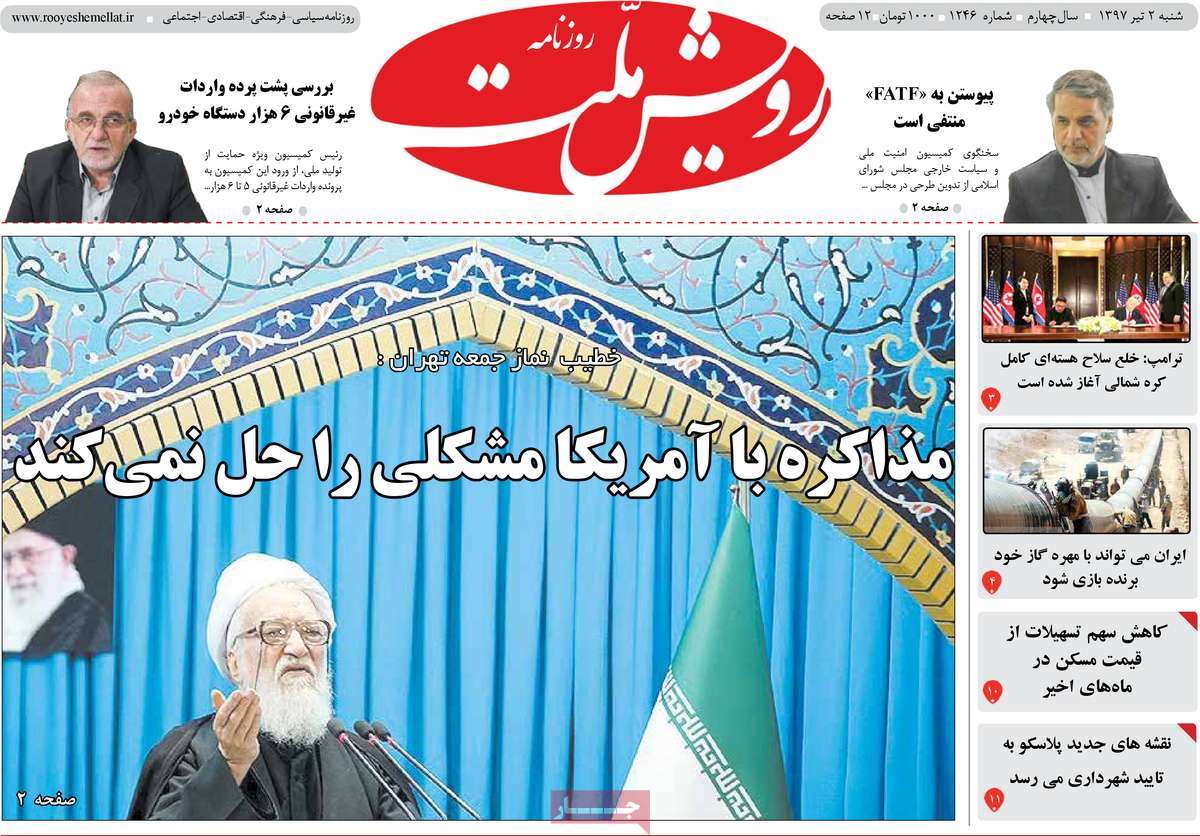 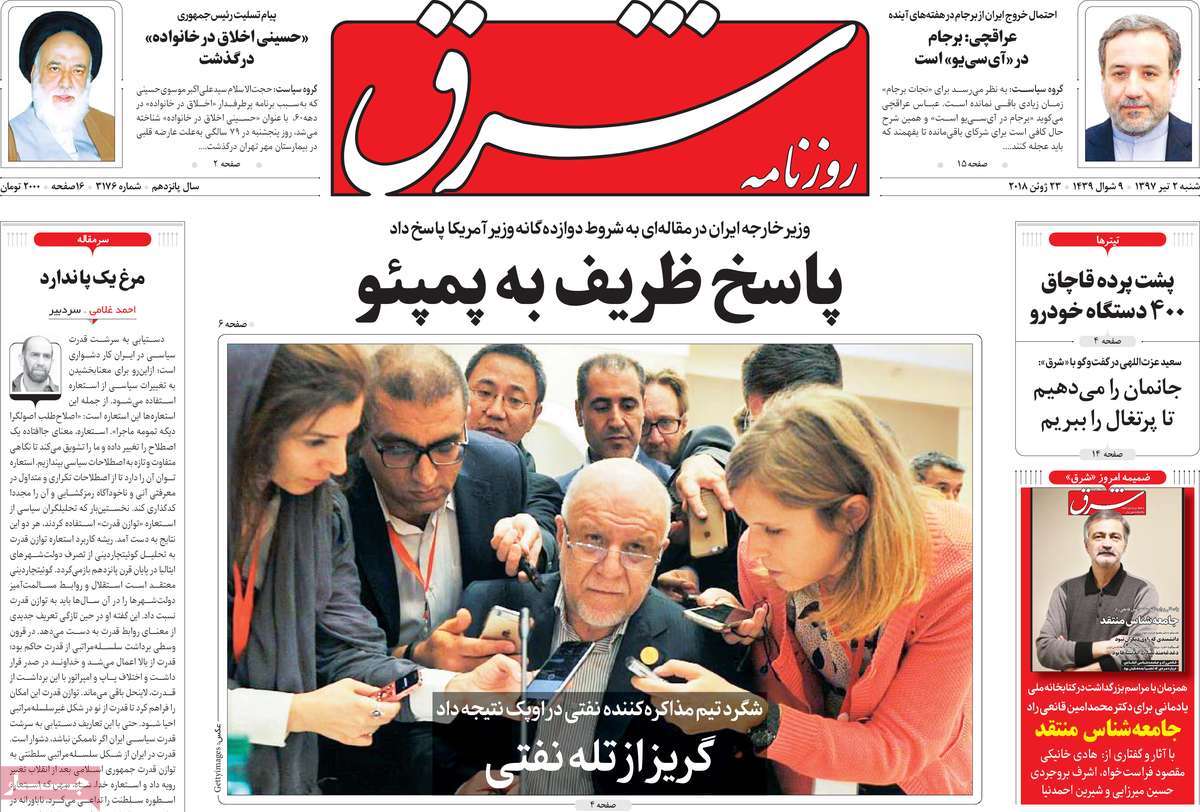 1- Araqchi: No Positive Prospect for Continuation of Talks with Europe 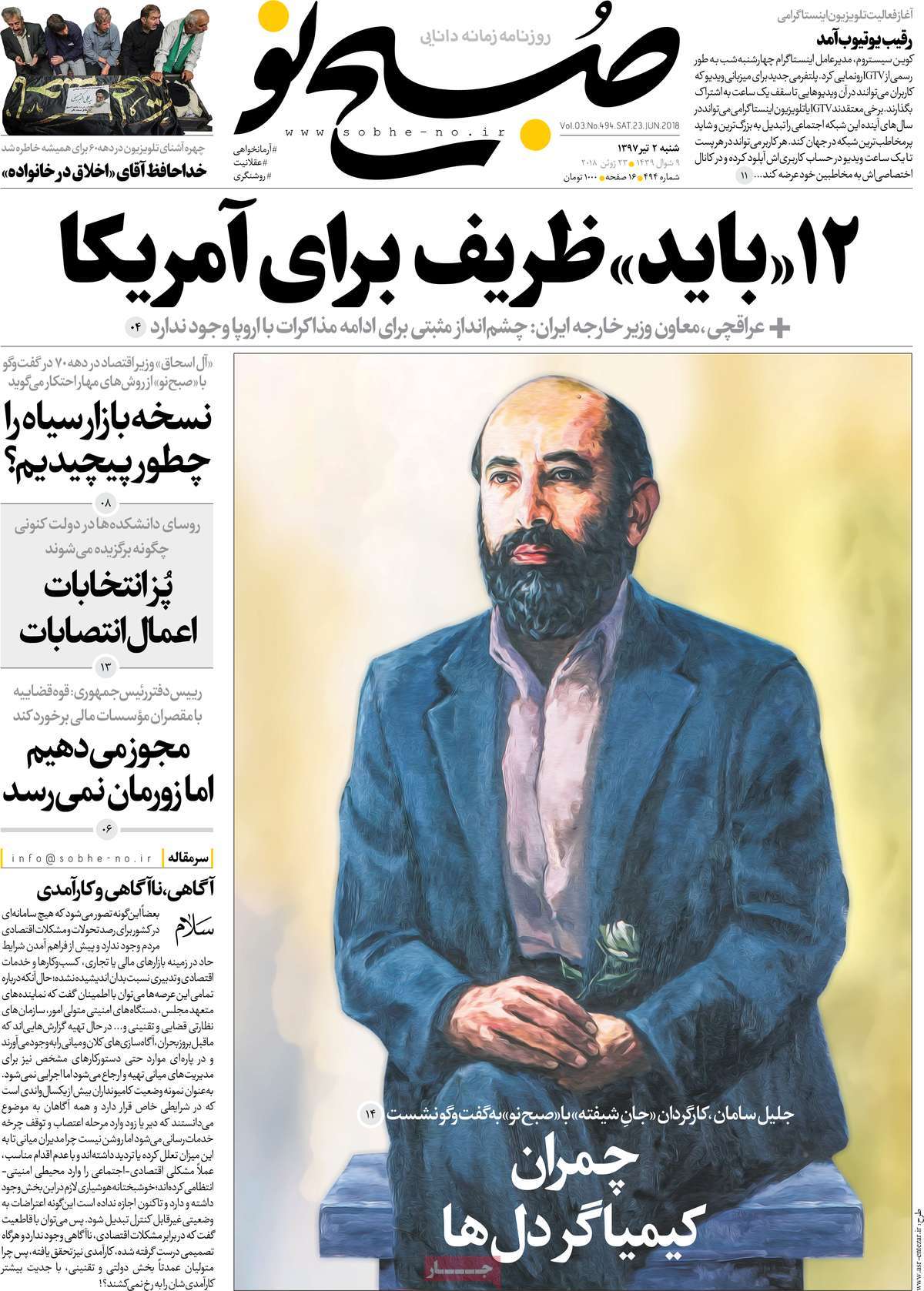 1- Waiting for Team Melli’s Match against Portugal, and Miracle of Iran 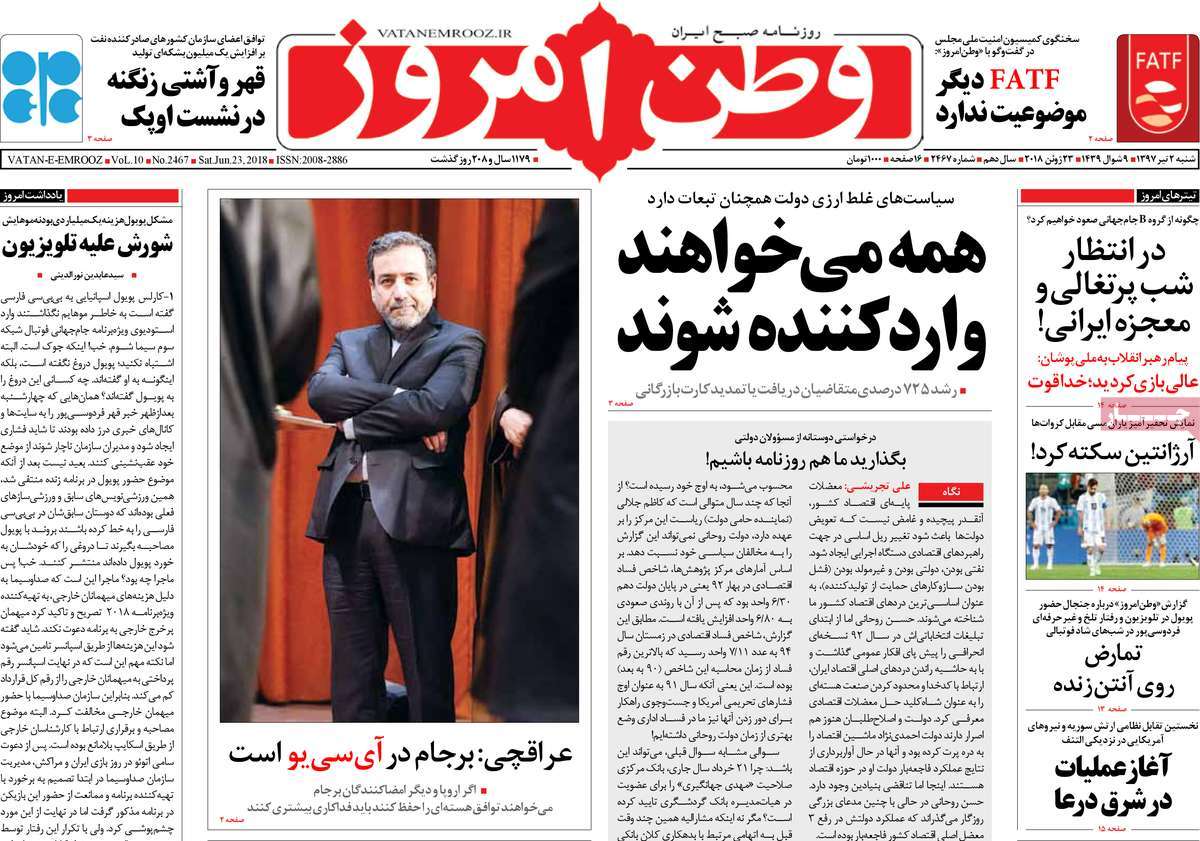