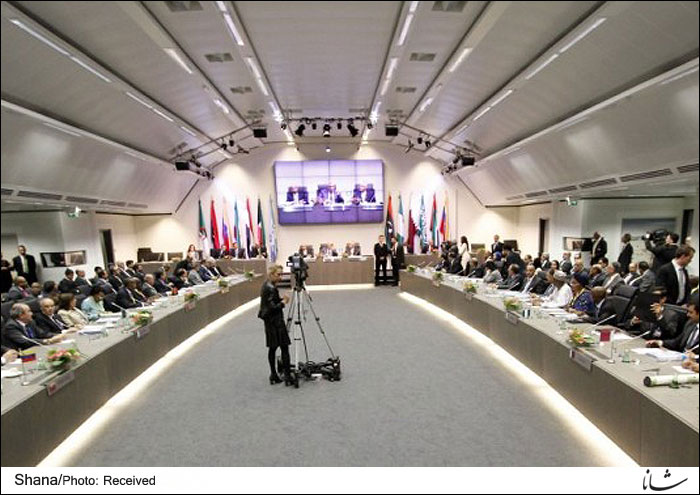 A production rise of about 1 million barrels per day (bpd) or around 1 percent of global supply was emerging as a consensus for the group and its allies, OPEC sources told Reuters, adding that Iran could agree under certain conditions.

The Organization of the Petroleum Exporting Countries meets on Friday to decide output policy amid calls from top consumers such as the United States, China and India to cool down oil prices and support the world economy by producing more crude.

Russia, which is not in OPEC, has proposed producers raise output by 1.5 million bpd. Saudi Energy Minister Khalid al-Falih said on Thursday the world needed at least an extra 1 million bpd to avoid a shortage in the second half of 2018.

OPEC and its allies have since last year been participating in a deal to cut output by 1.8 million bpd. The measure has helped rebalance the market in the past 18 months and lifted oil LCOc1 to around $74 per barrel from as low as $27 in 2016.

For graphic on OPEC compliance in May, click reut.rs/2JRWnw1

But unexpected outages in Venezuela, Libya and Angola have effectively brought supply cuts to around 2.8 million bpd in recent months. Iran’s output is also likely to fall in the second half of this year due to new U.S. sanctions.

Iran, OPEC’s third-largest producer, has so far been the main barrier to a new deal as it said on Tuesday OPEC was unlikely to reach an agreement and should reject pressure from U.S. President Donald Trump to pump more oil.

But on Wednesday, Iranian Oil Minister Bijan Zanganeh said OPEC members that had overdelivered on cuts in recent months should comply with agreed quotas.

For graphic on balance between global oil supply and demand, click reut.rs/2MB4tH3

That would effectively mean a boost from producers such as Saudi Arabia that have voluntarily cut more deeply than planned.

“An increase is acceptable if justified from the demand side and if it is agreed by all OPEC members. An increase because of external pressure on OPEC is not acceptable,” said a source familiar with Iranian thinking.

Ecuador said a compromise output increase could be agreed at around 0.6 million bpd but predicted a tough meeting on Friday because Iran wanted to discuss U.S. sanctions.

“OPEC is not the place to discuss political issues or bans. They (Iran) have requested that but I don’t think it will go anywhere,” Ecuadorean Oil Minister Carlos Pérez told Reuters.

Brent oil prices were down 1.5 percent on Thursday.

For graphic on IEA estimates of non-OPEC supply growth in 2018 click, reut.rs/2rJnnCO

Falih said the world could face a supply deficit of up to 1.8 million bpd in the second half of 2018 and that OPEC’s responsibility was to address consumers’ worries.

“We want to prevent the shortage and the squeeze that we saw in 2007-2008,” Falih said, referring to a time when oil rallied close to $150 per barrel.

He said the exact mechanics of any increase would be decided among all OPEC members on Friday.

Three OPEC sources said ministers would debate on Thursday whether to raise supplies by 1 million bpd as the main proposal for the meetings of OPEC and its allies on Friday and Saturday.

If the proposal were approved, all OPEC members and their non-OPEC allies could raise supplies pro-rata, with Saudi Arabia adding about 0.25-0.3 million bpd.

Iran had yet to agree to the proposal, the sources said.

Iraq and Venezuela have also opposed a relaxation of production cuts, fearing a slump in prices.

On Thursday, however, Iraqi Oil Minister Jabar al-Luaibi said: “We are in comprehensive talks with all ministers, especially Saudi Arabia and Iran, and we are trying to narrow that gap between the two”.

Zanganeh was due to attend a ministerial committee on Thursday. Iran is usually not part of the committee, which groups Russia, Saudi Arabia, the United Arab Emirates, Oman, Kuwait, Algeria and Venezuela.

Zanganeh told CNN on Wednesday that if OPEC returned to regular compliance, the real supply increase from the group would constitute around 460,000 bpd.

OPEC sources said the final compromise also depended on whether OPEC agreed to mention U.S. sanctions in the group’s communique, an important point for Iran, which has blamed U.S. measures against Tehran for the recent rise in oil prices.

The United States, which rivals Russia and Saudi Arabia for the position of world No.1 oil producer, is not participating in the current supply pact.