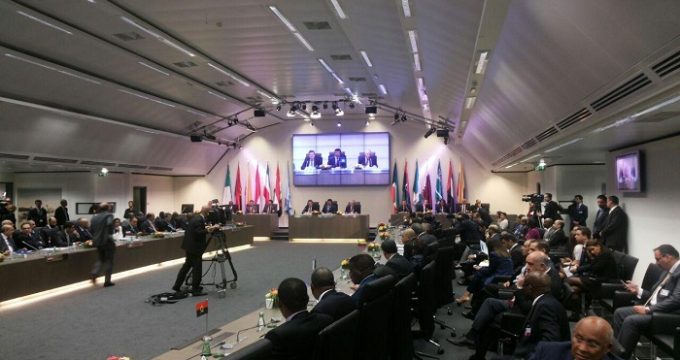 Bourse and Bazaar | AFP- OPEC ministers arrived in Vienna Tuesday for crunch talks on whether to reverse a landmark pact curbing oil output, with Iran pushing back against Saudi and Russian calls to ramp up production again.

The upcoming June 22-23 meetings of OPEC and non-OPEC energy ministers are set to be the most contentious in a while, with several countries bristling at the thought of reversing a deal that has been in place for 18 months and helped lift oil prices to multi-year highs.

Resistance is being led by Iran, deeply wary of any move by regional rival Saudi Arabia that could push down oil prices at a time when Tehran faces renewed sanctions following US President Donald Trump’s decision to quit its international nuclear deal, which is likely to impact the country’s oil exports.

However Riyadh, which cheered Washington’s exit from the nuclear deal, is under pressure from its US ally to boost output as Trump hopes to keep pump prices low ahead of November’s mid-term elections.

Upon arriving at his Vienna hotel, Iran’s oil minister said his country wouldn’t back down, and lashed out at Trump for trying to politicize OPEC.

“I don’t believe in this meeting we can reach agreement,” Bijan Namdar Zanganeh told reporters.

He said Trump was partly to blame for the higher oil prices, saying the US leader had “created difficulty for the oil market” by imposing sanctions on Venezuela and Iran.

“And now he expects OPEC to change something for better prices,” Zanganeh said. “This is not fair… OPEC is not part of the Department of Energy of the United States.”

The 14-nation OPEC cartel and its 10 non-member partner nations, including Russia, together account for more than 50 percent of the world’s oil supply, giving them huge sway over the global market.

The so-called OPEC+ group agreed a milestone deal to trim production from January 2017 by 1.8 million barrels a day to clear a global oil glut and shore up low prices.

The strategy paid off, with prices jumping from below $30 a barrel in early 2016 to more than $70 in the second quarter of 2018. The pact was meant to run until the end of this year.

But a collapse in oil production in crisis-hit Venezuela and the prospect of fresh Iranian sanctions have raised fears of a supply crunch that could send prices spiking.

As recently as April however, Saudi Energy Minister Khaled al-Faleh had voiced support for the oil cut deal, saying the market had the capacity to absorb higher prices. But Trump made it clear he disagrees.

“Oil prices are too high, OPEC is at it again. Not good!” he tweeted last week. Observers believe Trump is dialling up the pressure on Riyadh because he wants to offset the expected drop in Iranian production.

In Russia meanwhile, private oil companies are finding it increasingly difficult to justify the cutbacks to shareholders eager to cash in on the higher prices.

For technical reasons, any decision to ramp up output also has to be timed not to coincide with Russia’s harsh winter, meaning the next OPEC meeting in November would come too late.

Russia’s Energy Minister Alexander Novak pleaded in favor of unwinding the supply-cut pact on Tuesday, citing growing global demand in the months ahead.

“In the third quarter the demand for oil is the highest, so one can expect a shortage in the market if measures are not taken,”  Novak told Russian news agencies before leaving for Vienna.

To Raise or Not to Raise

Iran is not alone in its battle against output hikes, with Iraq and Venezuela also objecting.

According to the International Energy Agency, only a handful of countries in the OPEC+ alliance are realistically able to boost production in the short term.

For most of the others it would make more sense to stick to the restrictions and sell their limited supply at a higher price.

Since OPEC operates on the principle of unanimity, analysts expect some sort of compromise agreement to be thrashed out by Saturday.

“War is war, business is business,” said Sen, noting that OPEC ministers have proved before that they are able to set aside geopolitical differences.