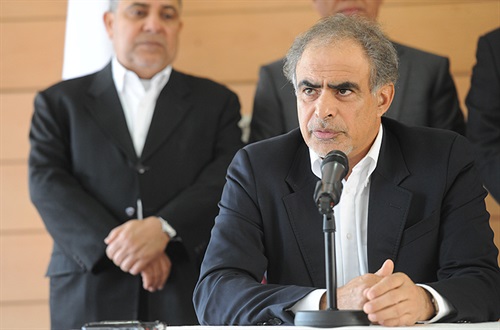 SHANA — The Minister of Oil and Gas in the Sultanate of Oman said Iran was invited to the technical committee of the Organization of Petroleum Exporting Countries to be held in Vienna on Thursday.

Speaking to reporters in the Austrian capital on Wednesday, Mohammed bin Hamad Al Rumhi said Iran and Iraq are invited to the joint technical committee of OPEC which is being held to monitor the global output cut deal.

He said Iran had accepted the invitation and would be represented in the committee.

“Iran is invited tomorrow and they are very cooperative as always,” the Omani energy official said.

He said the meeting would address over-compliance with the OPEC-non-OPEC output cut agreement and the discussions would concern decreasing the crude oil production cuts.

OPEC and non-OPEC oil producers including Russia agreed in November 2016 to diminish their crude oil production by 1.8 million barrels per day in a bid to prevent oil price slump in the market.