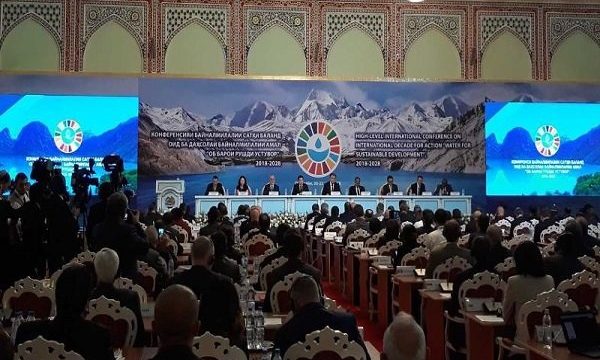 MNA – A UN-backed high-level conference on water cooperation kicked off this morning in Dushanbe, Tajikistan, attended by a large number of countries including Iran.

The high-level conference on International Decade for Action, ‘Water for Sustainable Development,’ 2018-2028, organized by the government of Tajikistan and the United Nations, kicked off this morning in Tajik capital Dushanbe with the opening speech of Tajikistan President Emomali Rahmon.

In addition to UN officials including the Director-General of UNESCO, Irina Bokova and UN-Water Chair, Michel Jarraud, various high-ranking officials from 110 countries around the world and Tajikistan neighboring countries, including Turkmenistan president Gurnaguly Berdimuhamedow, and Afghanistan chief executive Abdullah Abdullah and Pakistani president Manoon Hussain are attending the event.

Iran is participating at the two-day event with a delegation headed by Energy Minister Reza Ardakanian.

As an initiator of the water UNGA Resolutions, Tajikistan actively promotes water issues on the global agenda and has so far hosted several international water events.