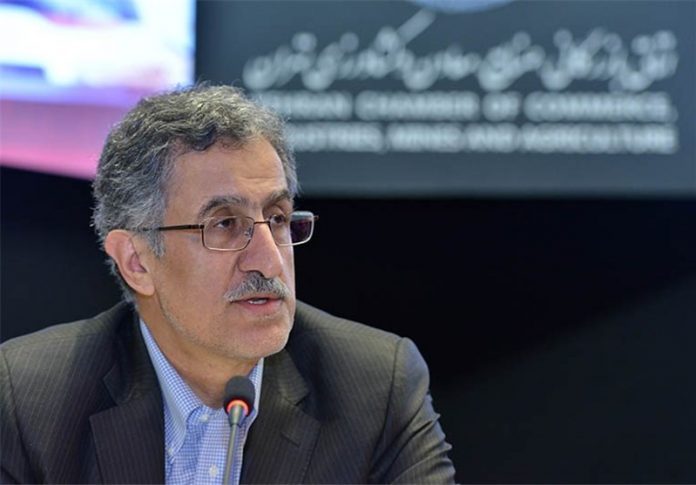 MNA – Following the US pullout from JCPOA, the country has predefined three scenarios ahead of its ailing economy in sanctions period.

Chairman of Iran Chamber of Commerce, Industries, Mines and Agriculture (ICCIMA) Masoud Khansari made the above remark and said, “circumvention of sanctions, exacerbation of sanctions and negotiation are considered as three scenarios predefined in sanctions period.”

Speaking in the Representatives Board of ICCIMA, he pointed to the US withdrawal from Joint Comprehensive Plan of Action (JCPOA) and added, “now, three solutions have been envisioned for each of these scenarios, because, moreover defected structure of domestic economy, re-imposition of sanctions against Iran has created serious problem ahead of economic situation of the country”

“We should accept that US holds more than 30 percent of economy in the world and under such circumstances, other countries prefer US than Iran to do business in this respect.”

Elsewhere in his remarks, Khansari pointed to the economic growth rate and added, “investment growth has turned negative since 2011 while investment rate in the country stood at 300,000 billion tomans in the past year in 1396 (ended March 20, 2018) which account for 19.7 percent of gross domestic product (GDP).”

Khansari called on all responsible officials in the country to practice unity and amity with one another especially at the current situation that the country is grappling with severe economic problems.