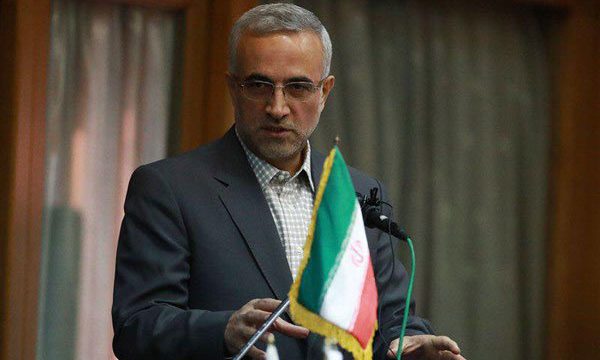 Iran to sue US over FBI’s mistreating Iranian volleyball players

MNA – President of Iran Volleyball Federation said that they will sue US over FBI’s mistreating Iranian volleyball players.

Last week, Iran went to USA’s Chicago to hold three matches in FIVB Volleyball Nation’s League (VNL). Federal Bureau of Investigation (FBI) investigated Iranian players upon their arrival to US and kept the team in a small room for three hours before allowing them to pass.

Also, US had refused to issue visas for some of team members, including team supervisor Amir Sarkhosh.

This is while Iran’s team had visited US several times during last five years and no such incident had happened before.

Touching upon the American mistreatment, Ziaie highlighted that “this issue is affected by our international political status.”

“8 months ago, they took fingerprints form all players in US embassy in United Arab Emirates. They also asked for the IDs of all the family members of players,” he added.

“During last 6 months, we were in touch with US officials but finally, they didn’t issue visas for some of team members,” he highlighted.

“We cannot understand their behavior and we will certainly object to the issue,” Ziaie noted.

He went on to say that 3 years before, when Iran was hosting US volleyball team, all of their visas were issued without any problem, but now, they have treated Iran’s team like this.

“Our national team was moving in the direction of friendship, but we witnessed these behaviors and certainly Iran Volleyball Federation and Ministry of Sports will pursue the case in Fédération Internationale de Volleyball (FIVB).”