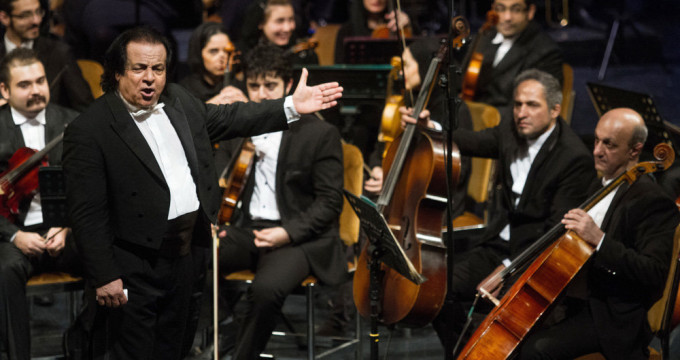 MNA– The Tehran Symphony Orchestra has already put on two performances in Russia and their last one will be staged on Tuesday night, in line with an agreement signed between Iran’s Roudaki Foundation and Moscow Conservatory.

Tehran Symphony Orchestra, under the batons of Shahrdad Rohani and Fereidun Shahbazian, is performing in the honor of Iran’s national football team (also known as Team Melli) which is attending the 2018 World Cup in Russia.

The orchestra went on stage on Thursday night in their first performance at the Bolshoi Zal (Grand Hall) of the Saint Petersburg Philharmonia. The second night was scheduled at Moscow State Tchaikovsky Conservatory on Sunday night which was warmly received by both the Iranian and Russian audience.

The last performance will be held at Kazan’s Salix Saydas Great Hall on Tuesday night at 7:00 PM local time, where the Iranian national football team will face Spain on Wednesday in the second game at the 2018 World Cup.