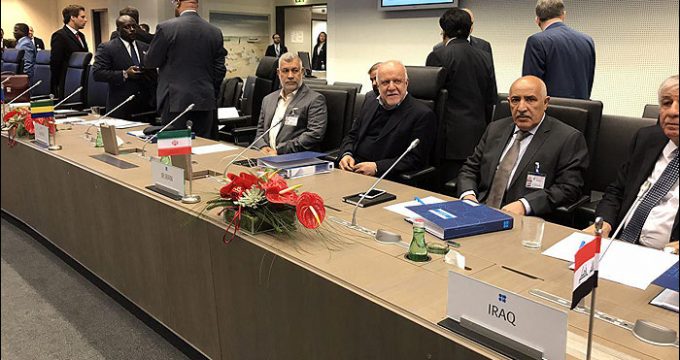 Bloomberg |  Javier Blas: Even with Iran threatening to block an increase in OPEC’s oil production, Saudi Arabia still has options.

Tehran says it has Iraqi and Venezuelan support to veto any proposal for more output, a position taken by both Saudi Arabia and Russia. “If the Kingdom of Saudi Arabia and Russia want to increase production, this requires unanimity,” Hossein Kazempour Ardebili, Iran’s OPEC representative, said on Sunday, before the group meets in Vienna on Friday

The statute of the Organization of Petroleum Exporting Countries does indeed give any member the right to block any deal, under Article 11 C:

“Each Full Member Country shall have one vote. All decisions of

the Conference, other than on procedural matters, shall require

the unanimous agreement of all Full Members.”

Yet Saudi Arabia can still bypass a veto. First, it can block any formal OPEC-wide communique. Then, it can gather a coalition of supporters within the group and publish its own statement, which could outline a new production policy.

That’s exactly what happened 18 years ago, when Iran rejected a Saudi-backed plan to boost output. Back then, eight countries joined the Saudis, resulting in an OPEC-9 communique that excluded Iran and Iraq.

Saudi Arabia may not choose that option this time. Unless it has backing from beyond its core supporters within OPEC, traditionally Kuwait and the United Arab Emirates, it risks appearing isolated.

That leaves the option of no communique at all. That happened in 2011 when then-Saudi Oil Minister Ali Al-Naimi walked out, saying the group had “one of the worst meetings we have ever had”. Within hours, the Saudis set their own policy unilaterally.

Another option for the Saudis is to accept defeat on a formal production increase, but start cheating on output quotas. While that would also be in line with OPEC tradition, it would be a first for Saudi Oil Minister Khalid Al-Falih, who has stuck scrupulously to the agreements.

Iran acknowledged that both Saudi Arabia and Russia, which is part of the wider OPEC+ agreement, can bypass a veto, but warned that any such move would lead to the disintegration of the 2016 deal that has helped oil prices to more than double.

“If the two want to act alone, that’s a breach of the cooperation agreement,” Kazempour Ardebili said. “The market is well-supplied, and OPEC should abide by its decision up to the end of the year.”

— With assistance by Grant Smith, and Golnar Motevalli