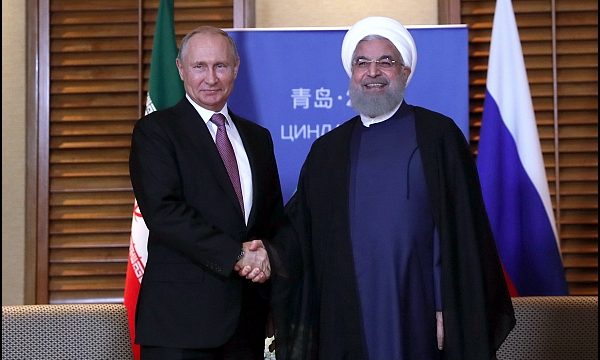 How Russia-Israel engagement is benefiting Iran

Al-Monitor | Hamidreza Azizi: On June 9, Iranian President Hassan Rouhani met with Russian President Vladimir Putin on the sidelines of the Shanghai Cooperation Organization’s annual summit in the Chinese city of Qingdao. Among the issues discussed in the meeting, the two sides touched upon their regional cooperation, especially in Syria, calling it effective in preserving regional stability. According to Rouhani, “The cooperation between Iran and Russia in the war against Daesh [the Islamic State] … has been effective, and such cooperation will continue.” For his part, Putin stressed that the cooperation between Iran and Russia “will go on, as for the settlement of the crisis in Syria.”

The two presidents’ positive assessment of their cooperation in Syria comes against the backdrop of an increasing number of reports that suggest that Moscow is distancing itself from Tehran on the Syrian issue. Differences between the two sides first came to light on May 17, when, during a meeting with Syrian President Bashar al-Assad in Sochi, Putin called for all foreign forces to leave Syria. A day later, the Russian president’s special envoy to Syria Alexander Lavrentiev made it clear that Putin’s remarks were aimed at not only the United States and Turkey, but also Iran and its Lebanese ally Hezbollah.

Frequent meetings between high-ranking Russian officials and their Israeli counterparts, as well as talks with the US and Jordanian sides on the situation in southern Syria, resulted in Russian Foreign Minister Sergey Lavrov’s call for the withdrawal of “non-Syrian forces” from the areas close to the Israeli border. This intensified speculations about Russia changing its course regarding Iran. The speculations went so far as suggesting that Russia “is playing on the Israeli field,” ignoring Iranian interests in Syria.