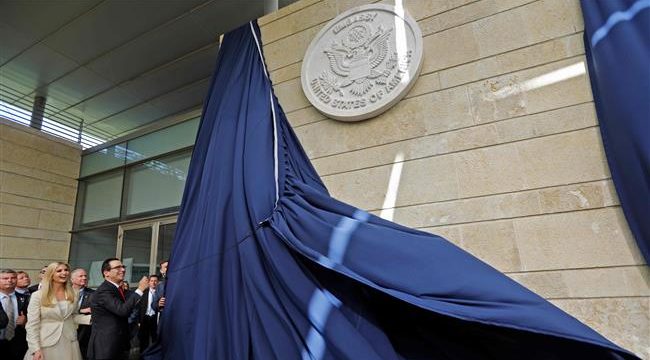 US ambassador to Israel fires back at State Dept. over scrutiny of Israel army

Press TV – The US ambassador to Israel, David Friedman, fired back at the State Department over a stated effort to block military aid to militaries that violate human rights, including Israel.

He emailed the department last October, claiming that “Israel is a democracy whose army does not engage in gross violations of human rights.”

The envy of US President Donald Trump was responding to a request by the department for a more careful examination of American military assistance by embassies in the Middle East.

Friedman further claimed that Israel “has a robust system of investigation and prosecution in the rare circumstance where misconduct occurs.”

He also admitted that such a move “would be against [US] national interests… especially in a time of war.”

Friedman’s email was part of a chain shown to Politico by a former State Department official.

Along with Trump, Friedman attended the opening ceremony for the US embassy in Jerusalem al-Quds despite global condemnation.

He was reportedly busy in White House meetings this past week for a peace plan between Israel and Palestinian, which may be unveiled this summer.

This is while Palestinians are rejecting any effort by the US to allegedly bring about peace while ignoring the Tel Aviv regime’s atrocities.

“We could never really imagine that Mr. Friedman could play any positive role,” said Saeb Erekat, the chief negotiator for the Palestinian Authority.

The Israeli regime, meanwhile, keeps taking expansionist measures in Palestine while getting engaged in atrocities against the Muslim nation.