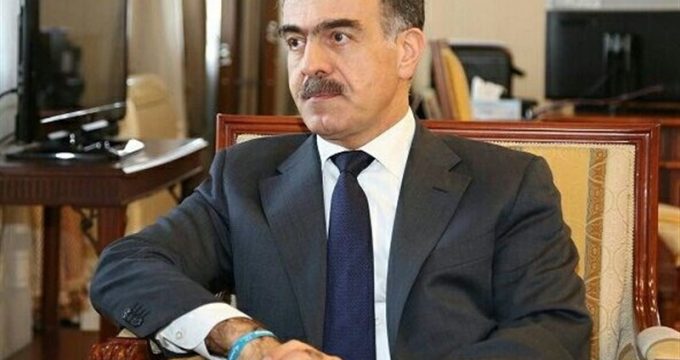 Tasnim – The Iraqi Kurdistan Regional Government’s spokesperson expressed Erbil’s opposition to the armed groups that threaten the neighboring states, stressing that the KRG government does not allow such groups to use its territory for moves against Iran and Turkey.

In an interview with Tasnim, KRG spokesperson and chief of staff of the KRG prime minister’s office, Safeen Dizayee, expressed Erbil’s views on the recent political developments in Iraq and on relations with the neighboring countries.

Asked about repeated cases of hostile assaults against Iranian forces by anti-Revolution militant groups launched from inside the Iraqi Kurdistan Region, Dizayee said such groups are not a result of formation of the KRG and had already been present in Iraq under Saddam’s rule.

The existence of the anti-Iranian groups does not mean Erbil’s support for them, he explained, underlining that a joint commission between Iran and the KRG has made effective measures for coordination in countering them.

“We have urged those (armed) groups and have warned them that they have no right to use the Iraqi Kurdistan Region’s soil (for moves) against our neighbors, namely Iran and Turkey,” the spokesman said.

Pointing to the cultural commonalities between Iran and the KRG and their common border, Dizayee said that occasional divisions or conflicting views are a normal issue that would not affect the strong and cordial bilateral ties.

“Erbil attaches special value to its relations with the Islamic Republic of Iran’s nation and government in all fields,” he underscored.

Calling for efforts to enhance economic interaction between Tehran and Erbil, the spokesman said a rise in trade exchange with Iran, both in terms of imports and exports, is high on the agenda of the KRG government.

As regards the internal developments in Iraq, Dizayee hailed a recent political alliance between the blocs of Shiite cleric Moqtada al-Sadr and Hadi al-Ameri for the formation of the next Iraqi government, adding, however, that such a positive move is not sufficient and that Iraq requires dialogue and partnership among all parties to resolve the current problems.

In the Iraqi parliamentary election on May 12, Sadr’s Sairoon coalition took 54 out of 328 seats.

With no bloc winning the 165 seats required for an outright majority, negotiations to form a coalition government in Iraq began after the polls.

On June 12, Sadr and head of the Iraq’s Badr Organization Hadi al-Amiri announced an alliance between their political blocs, paving the way for the formation of the next government.