A look at Iranian newspaper front pages on June 14

Iran Front Page – IFP has taken a look at the front pages of Iranian newspapers on Wednesday, June 14, and picked headlines from 18 of them. IFP has simply translated the headlines and does not vouch for their accuracy.

A top story today was the recent price hikes across the country and the government’s plan to control them by immediately releasing the goods stored in warehouses.

Several papers also covered the upcoming match of the Iranian national football team (Team Melli) against Morocco in the first round of the FIFA World Cup’s group stage. The match is to be held on Friday in Russia’s St. Petersburg, and everyone in Iran is eagerly waiting for it.

Remarks by President Hassan Rouhani in a meeting with a group of journalists also received great coverage.

3- Iraq Analyst: No Prospect for Formation of Strong Government in Iraq 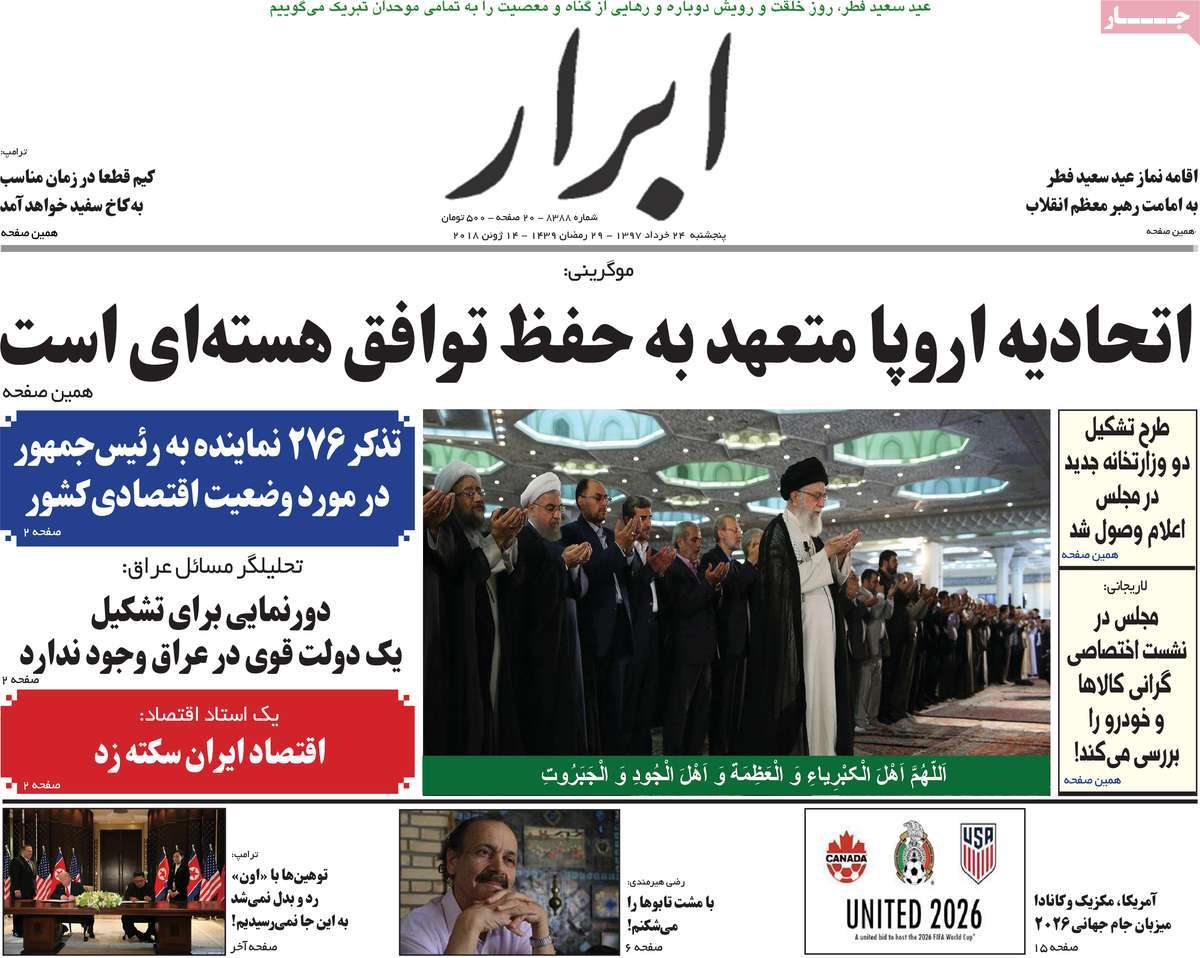 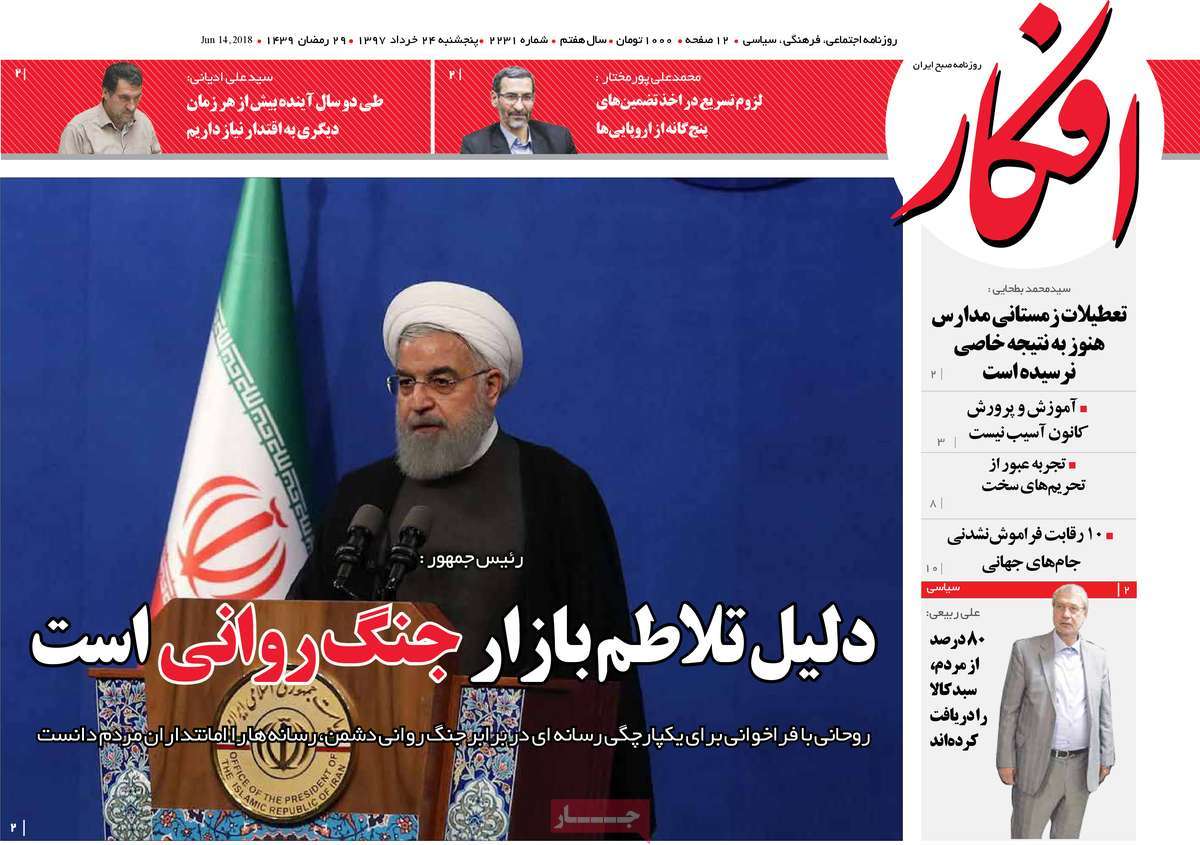 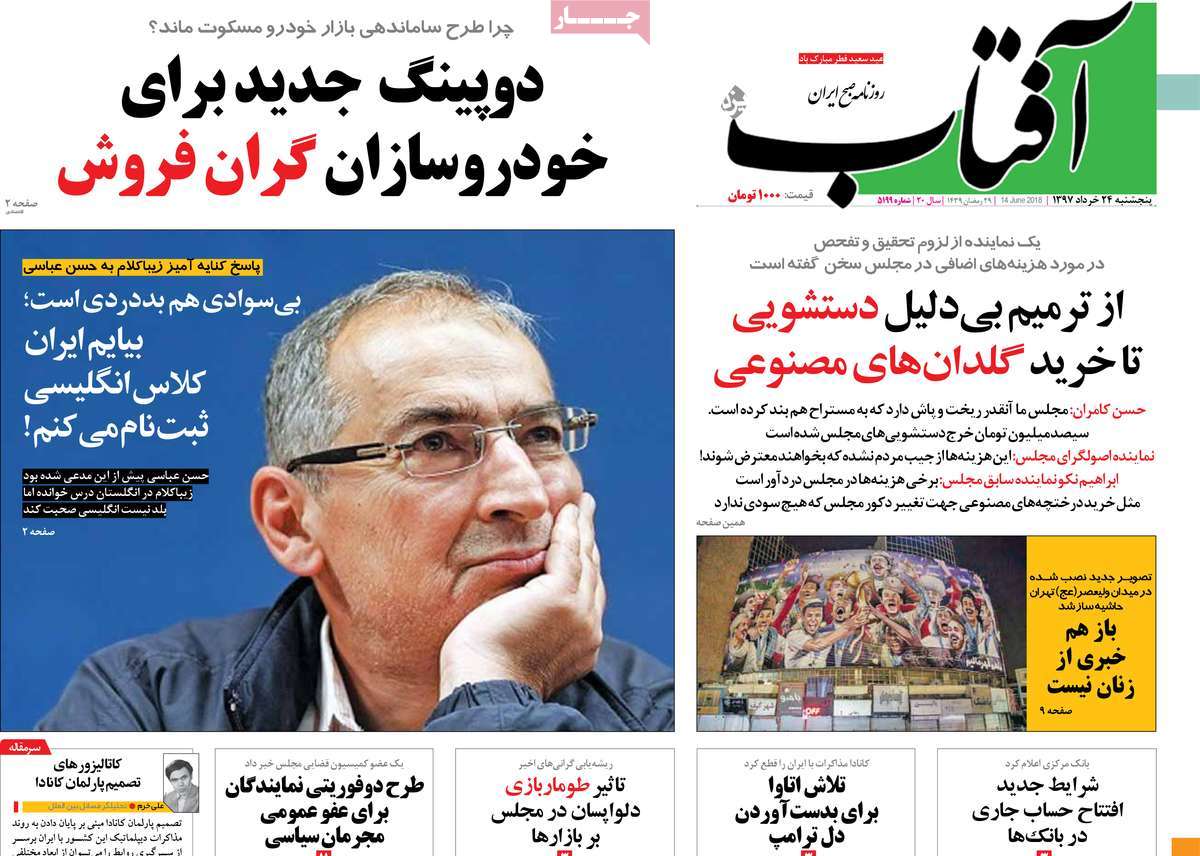 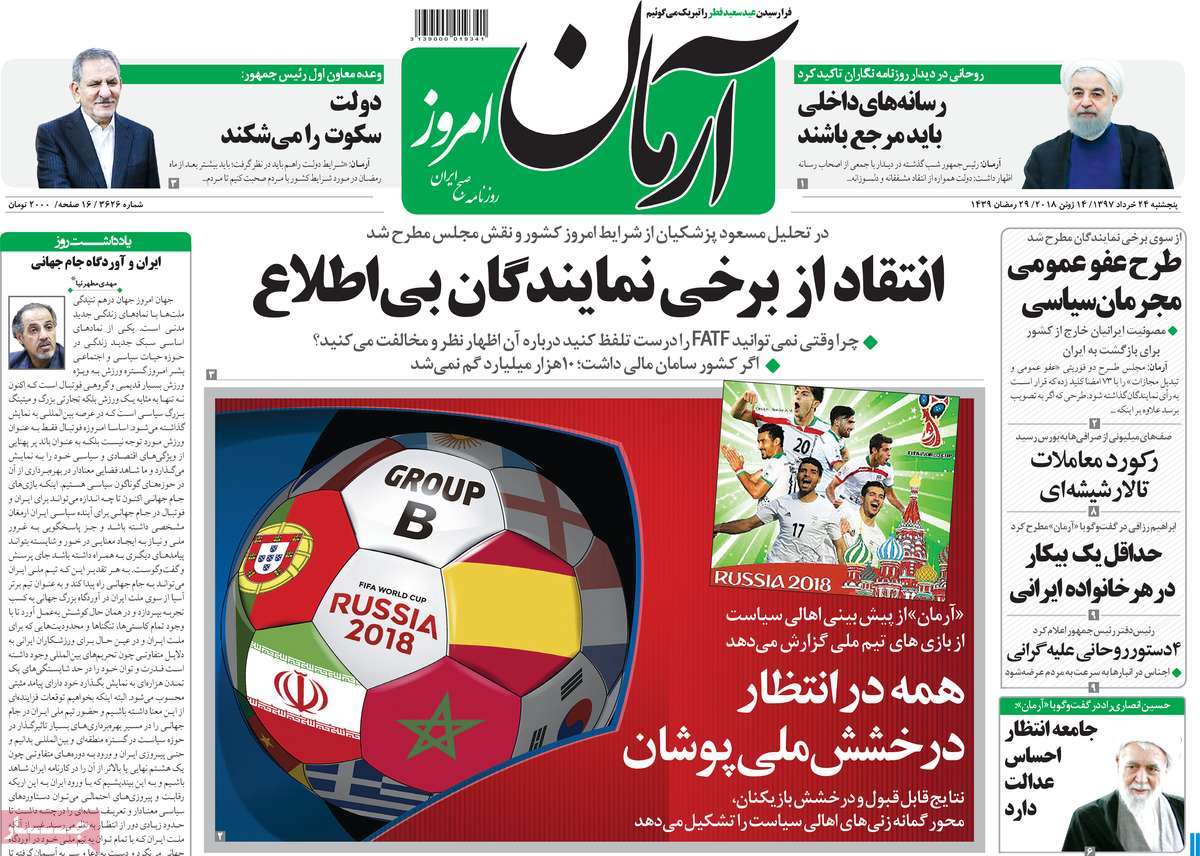 1- Ottawa Stops Negotiations with Iran over Restoration of Ties 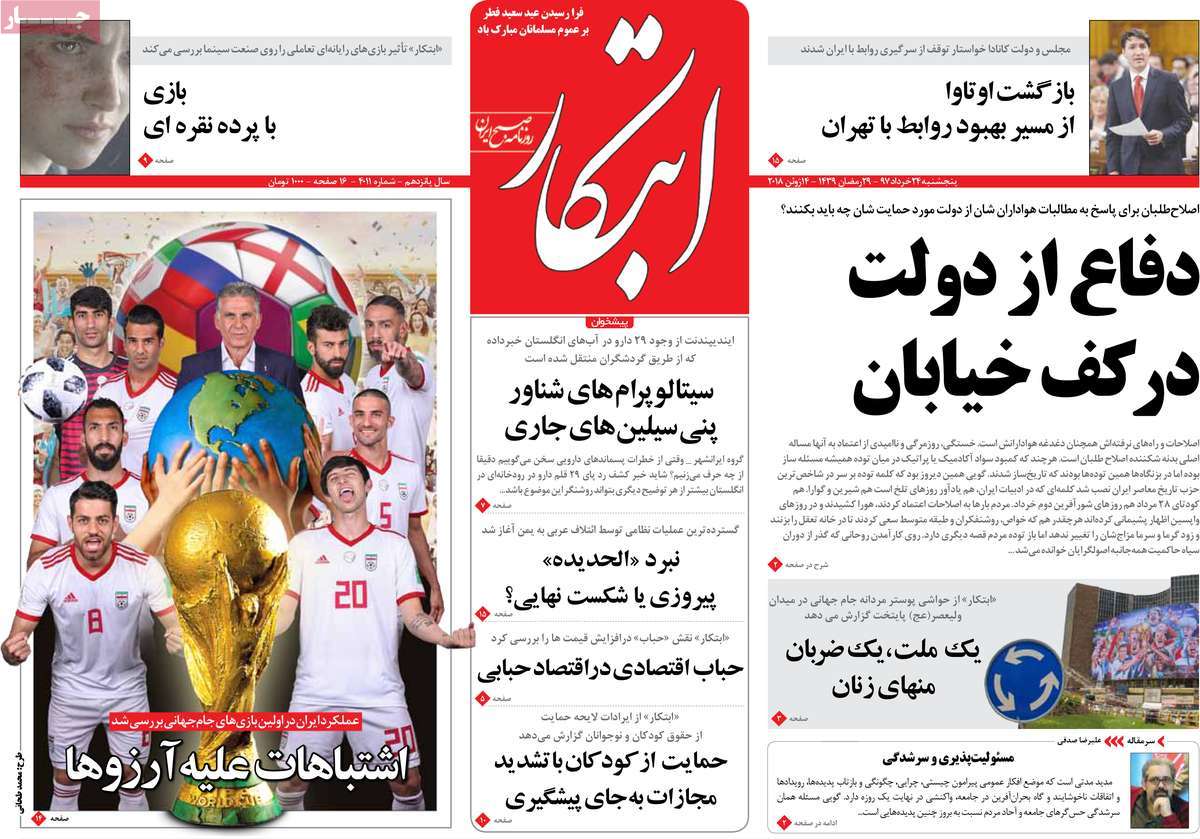 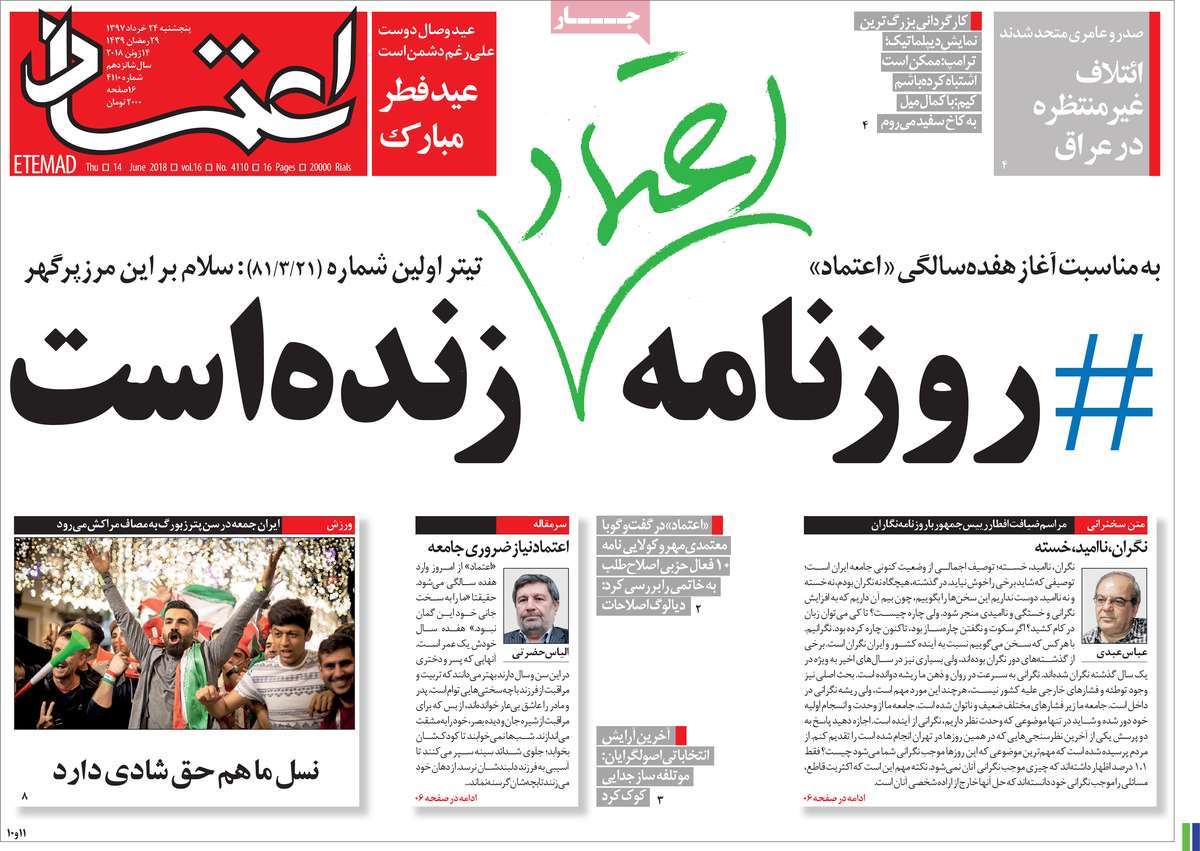 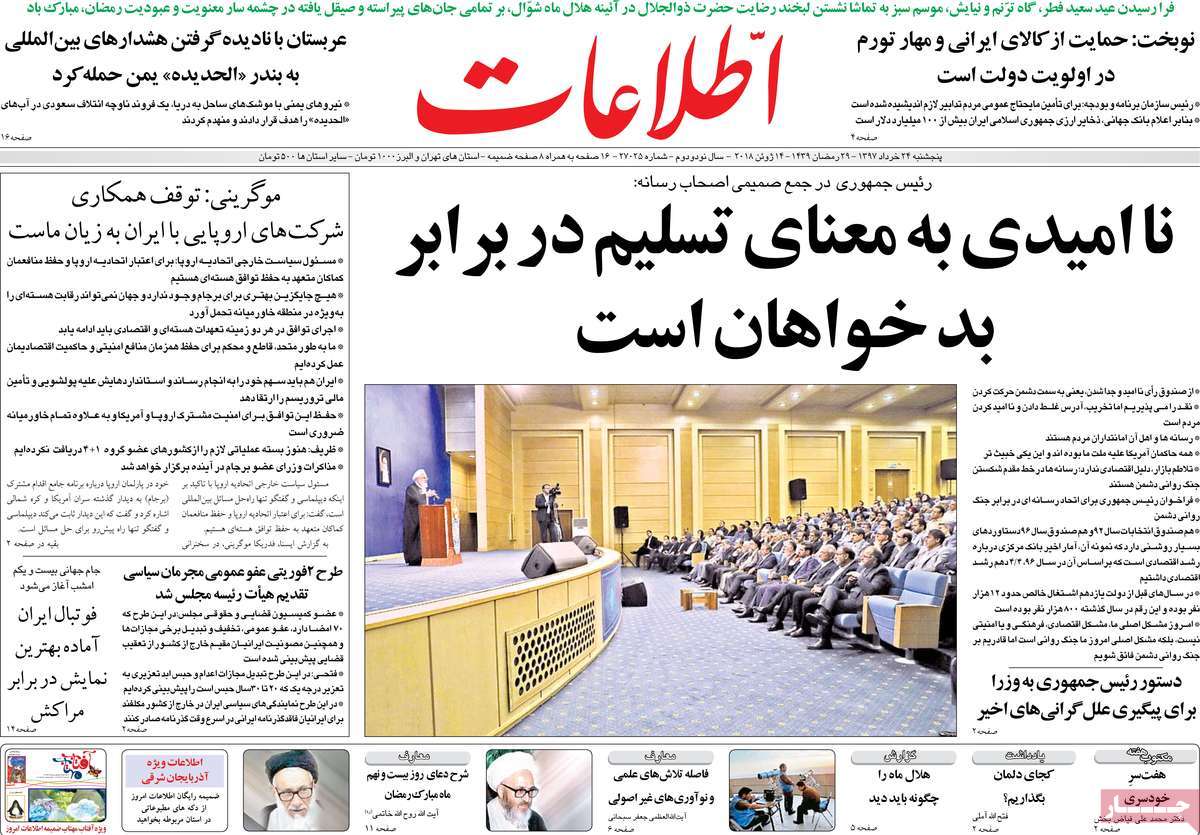 2- Iranian Diplomat: International Community Not Supposed to Fulfil Whatever US Wants! 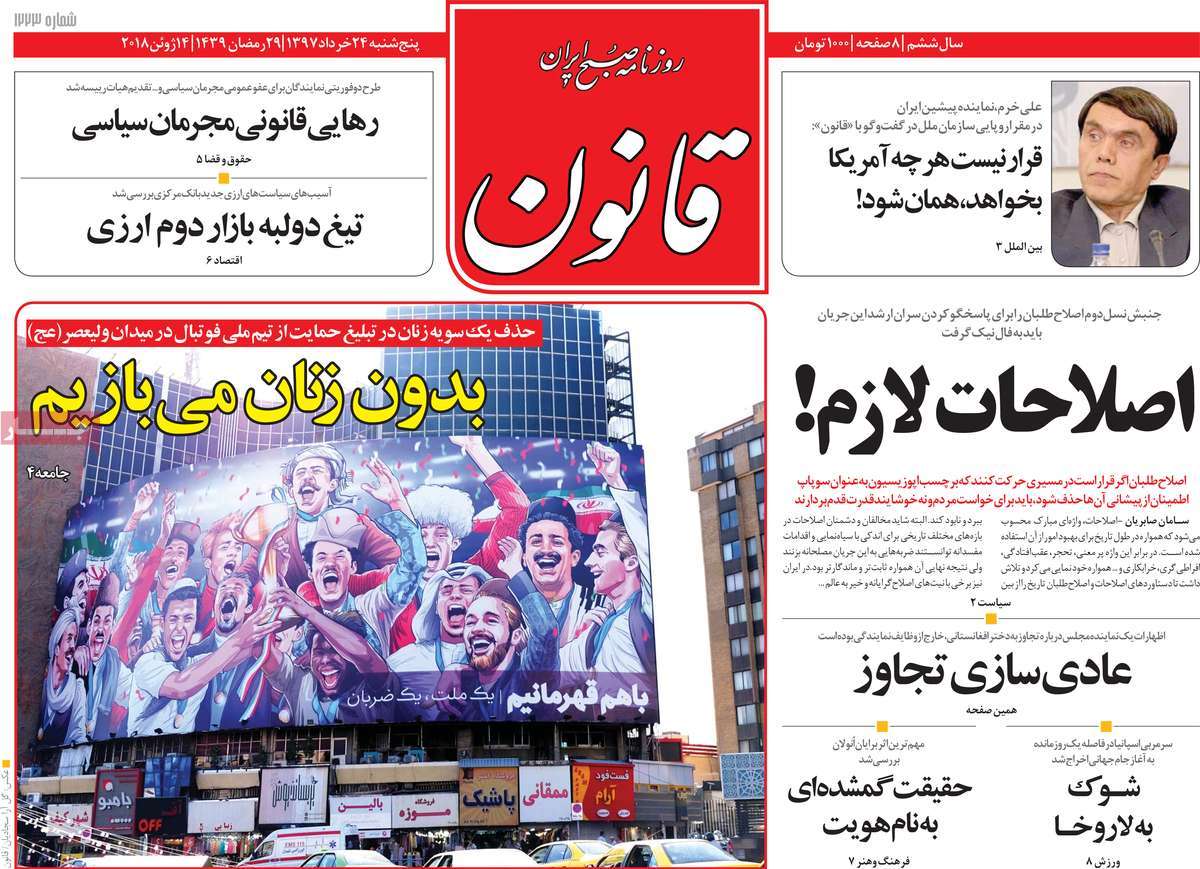 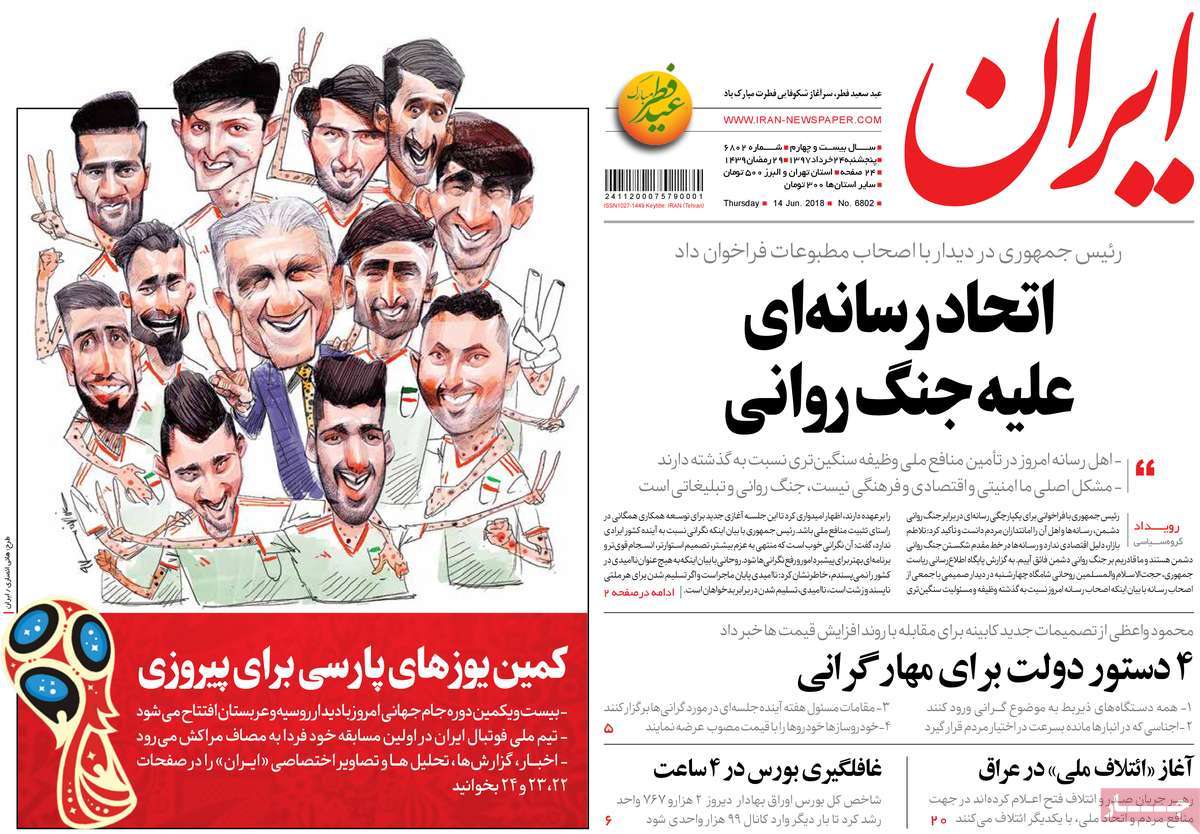 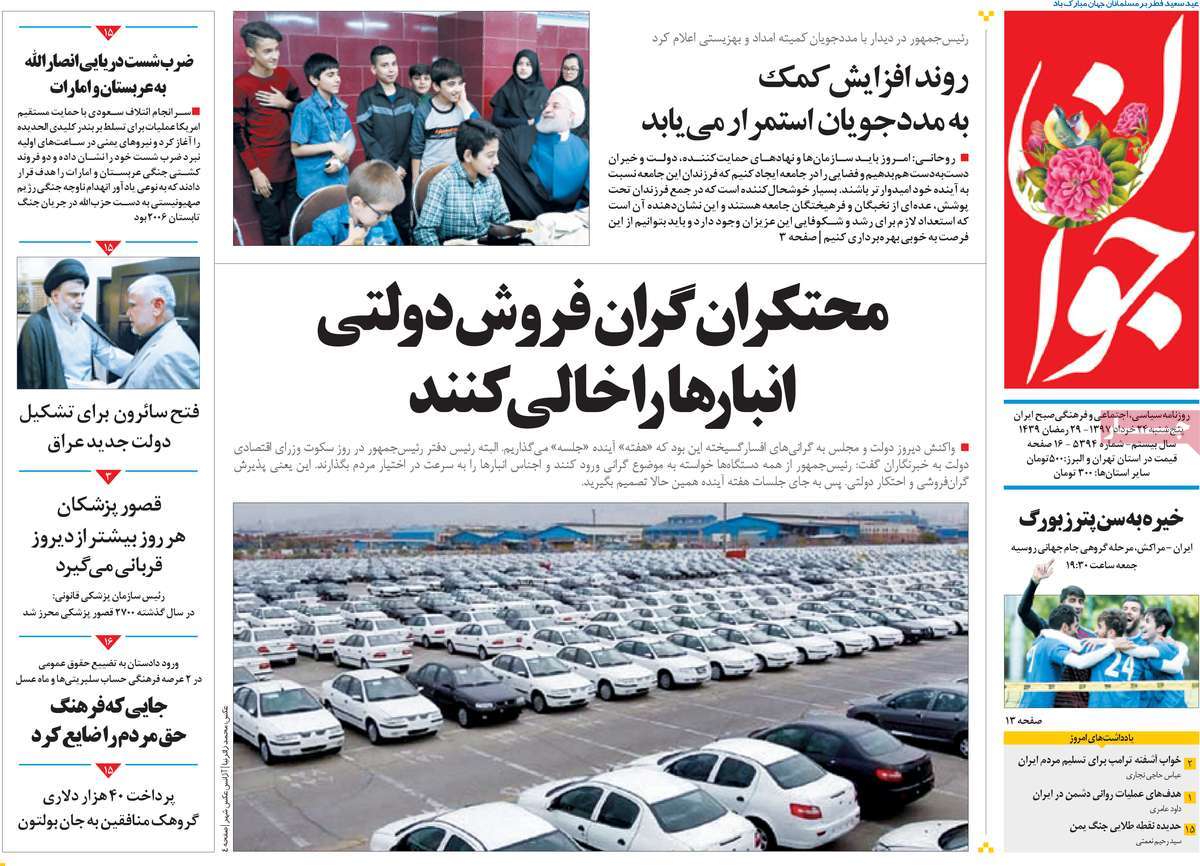 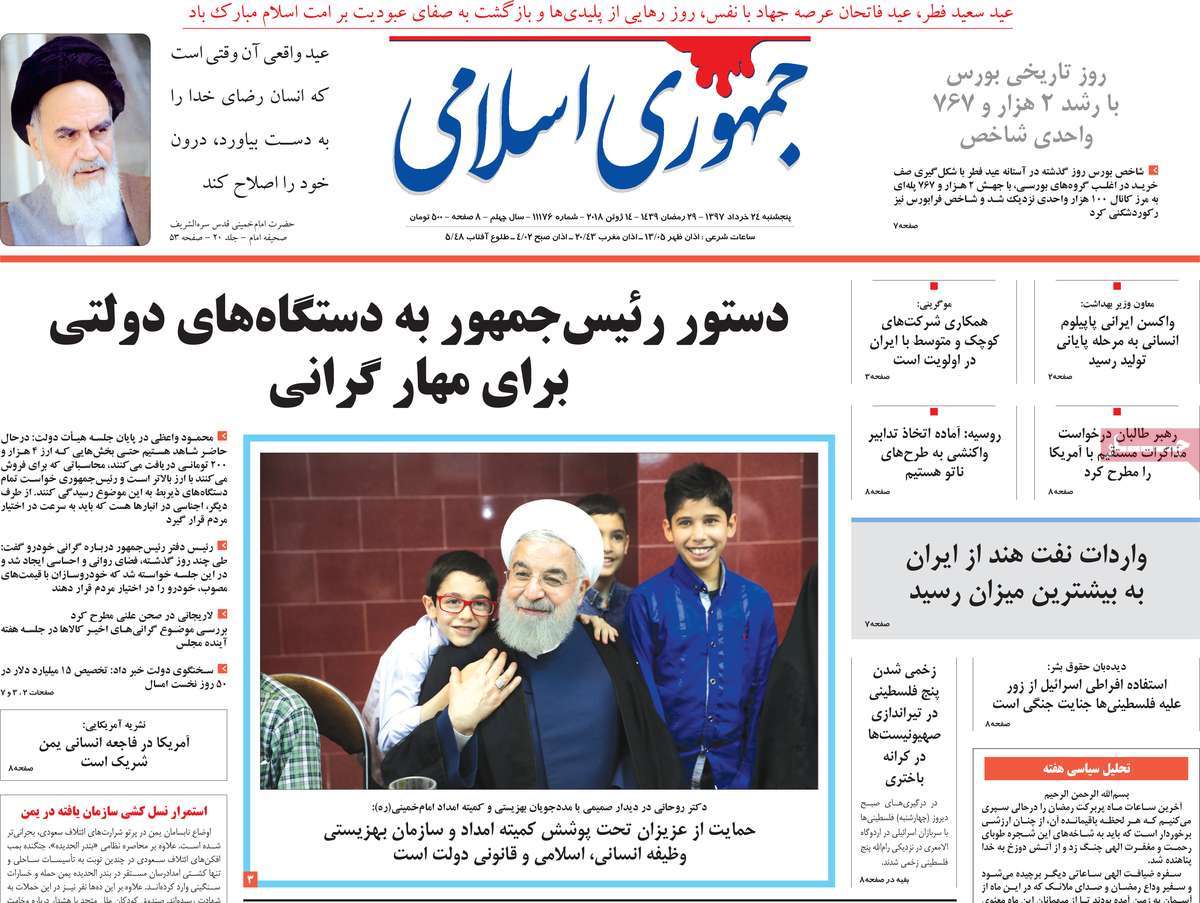 2- Which One’s a “Bubble”: Today’s Price Hikes or Promises You Made Yesterday?

3- Mogherini: Our Efforts to Save Iran Nuclear Deal in Line with US Interests 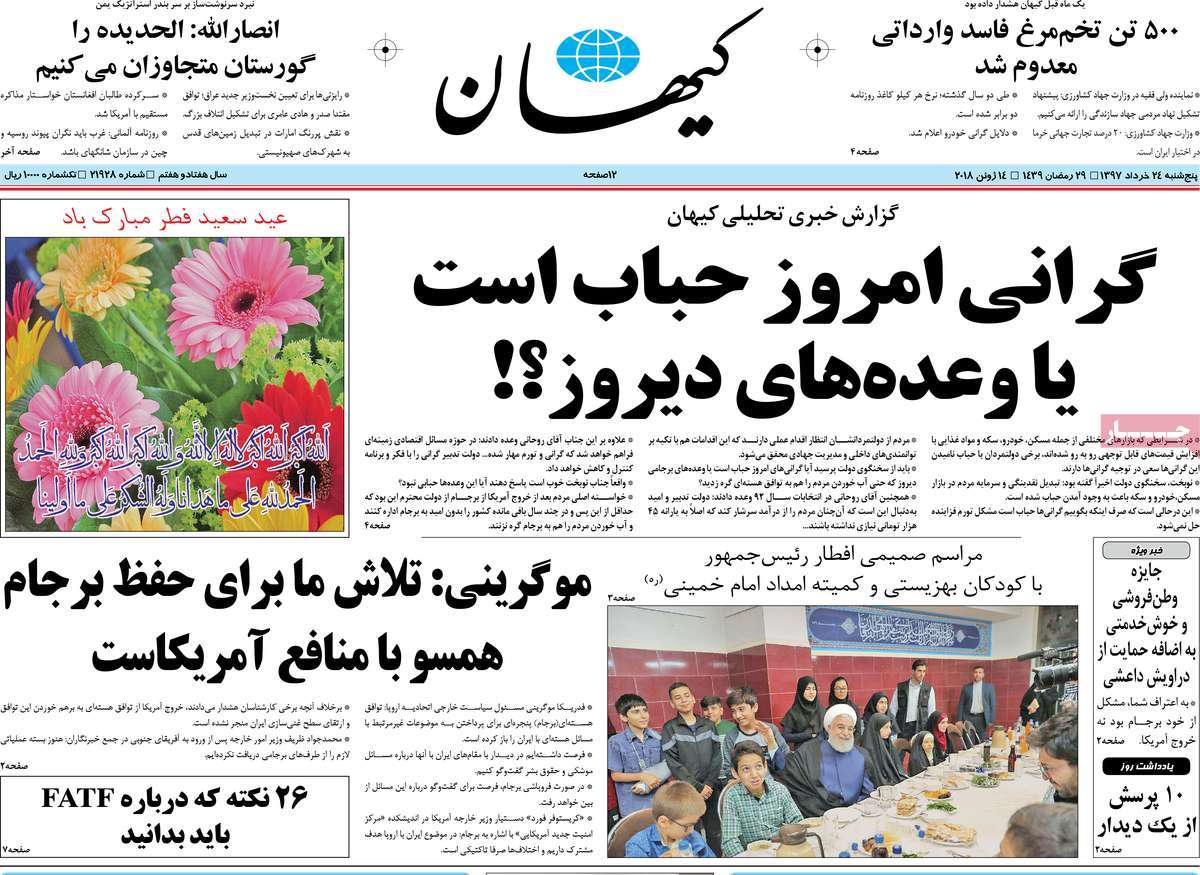 1- Coalition of Anti-American Politicians in Iraq 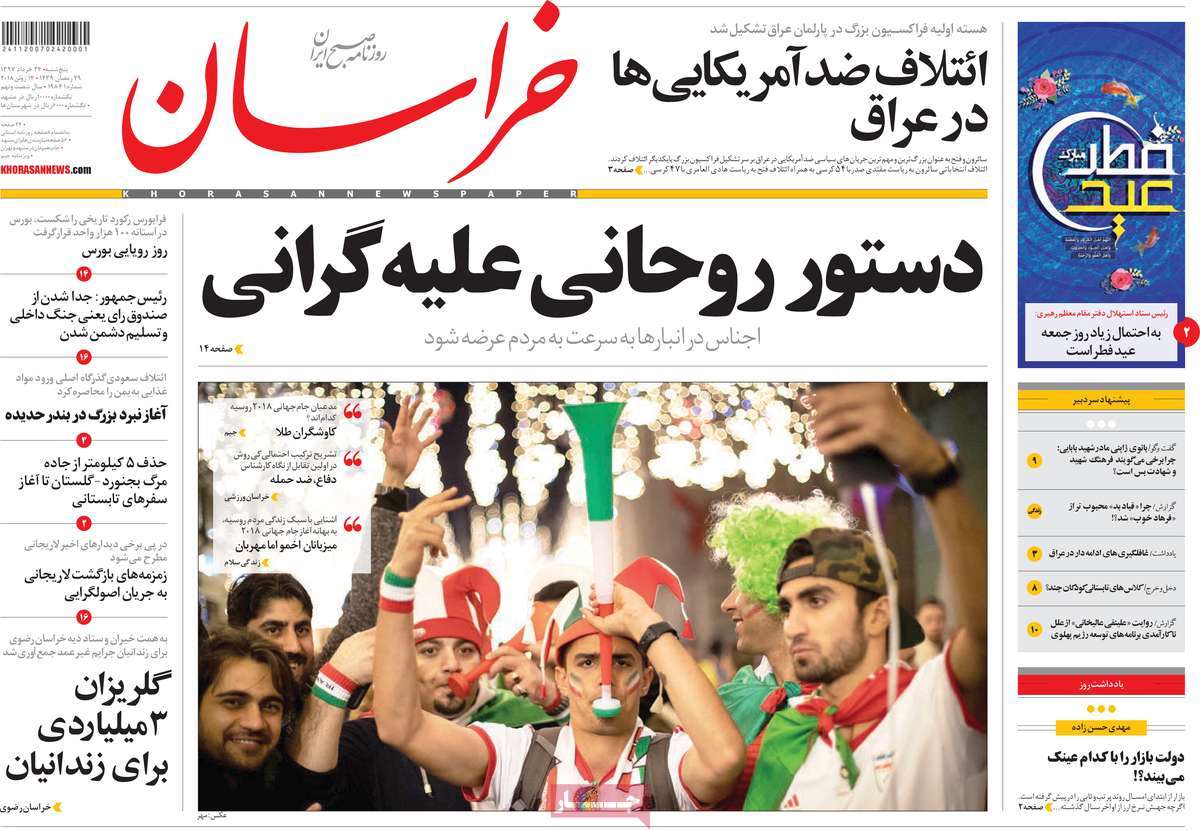 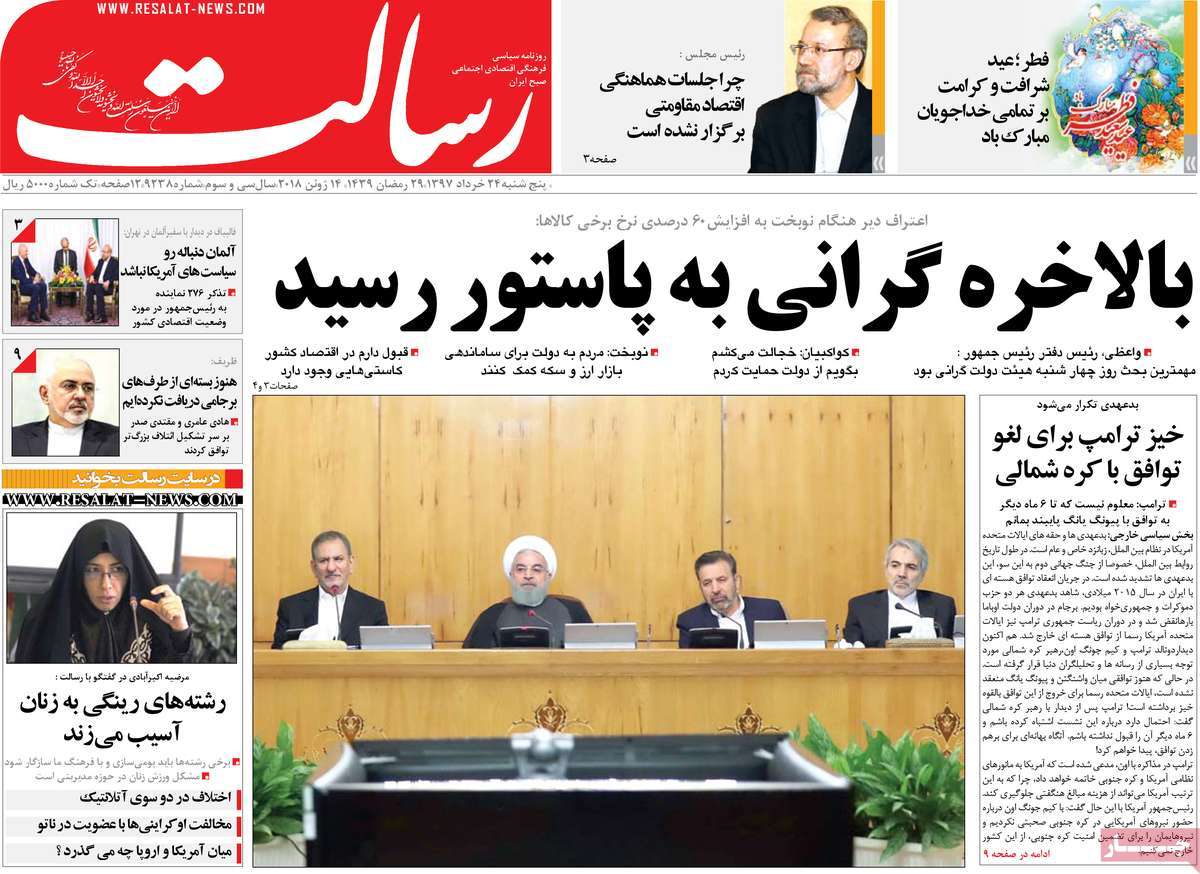 1- Beginning of Enrichment in Fordow, Installing New Machines in Natanz after JCPOA Withdrawal 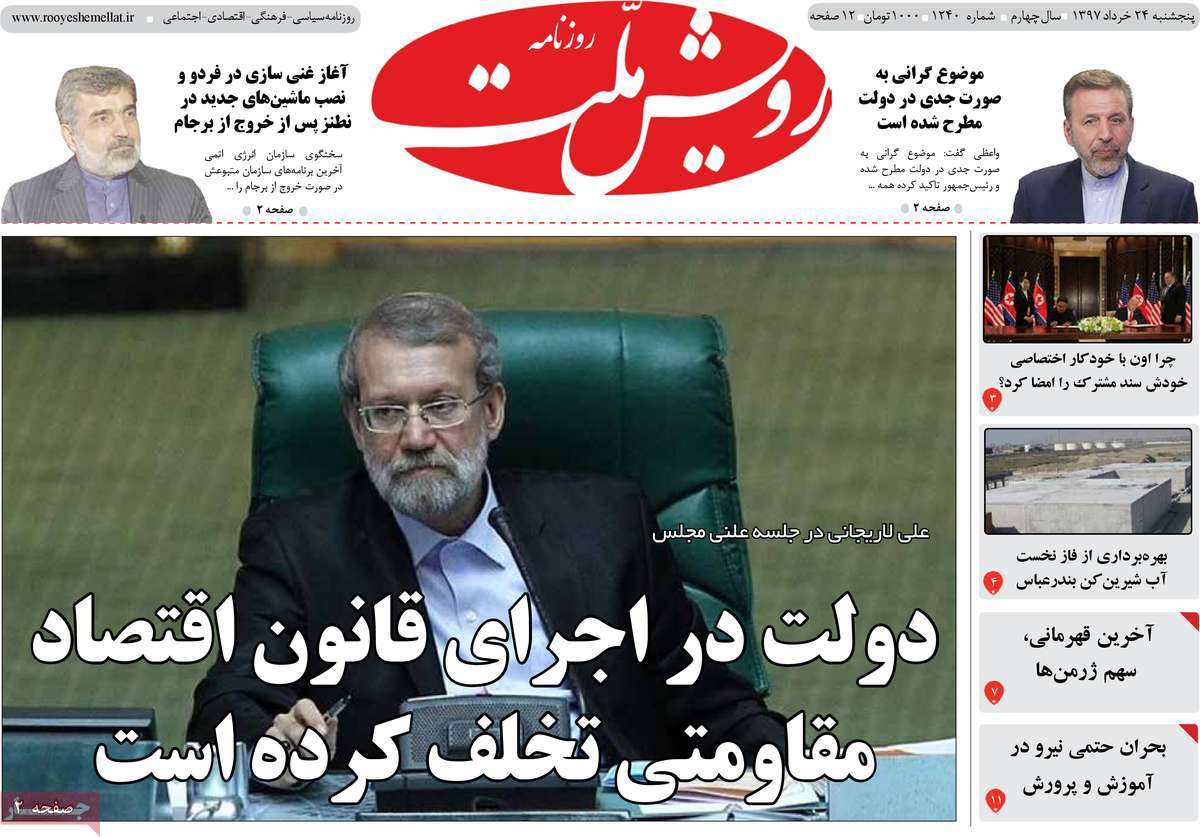 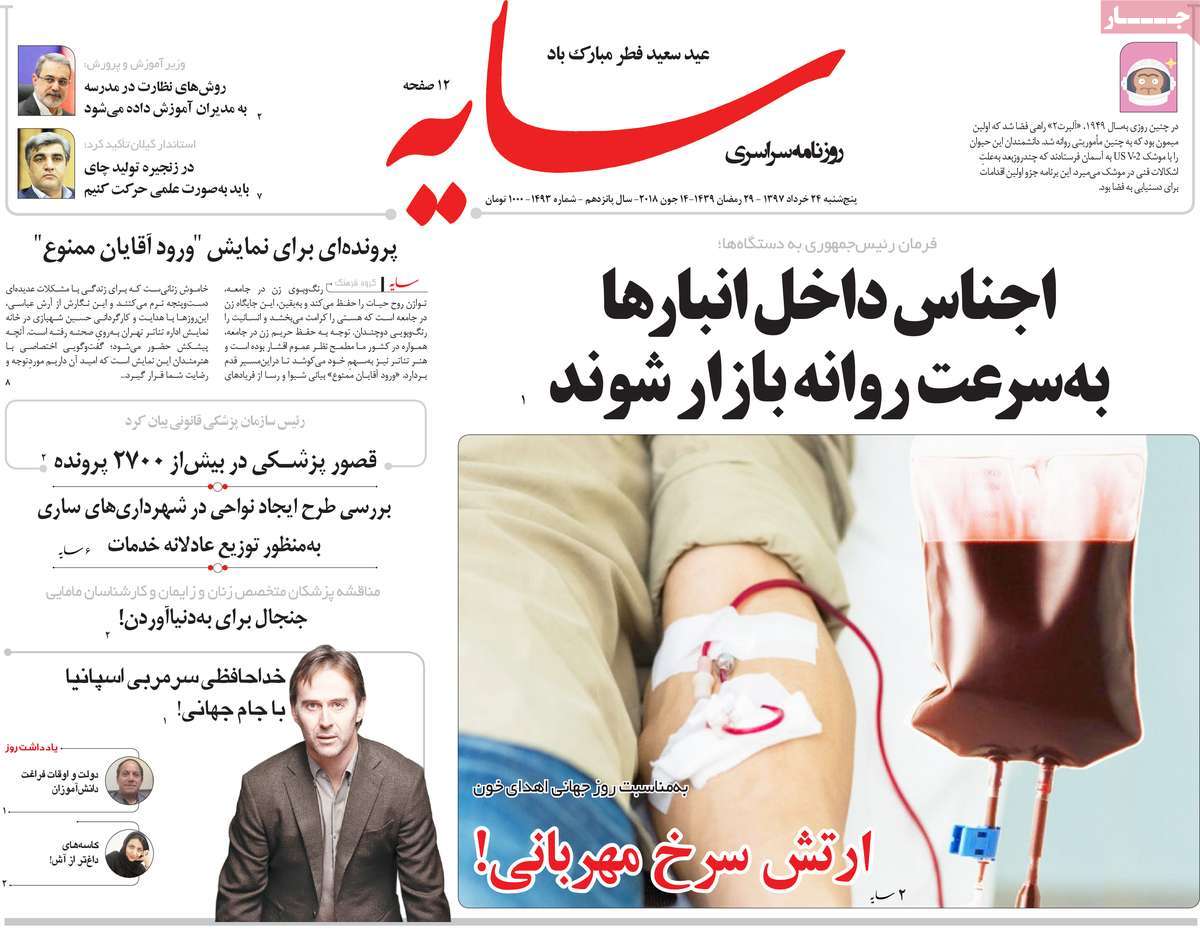 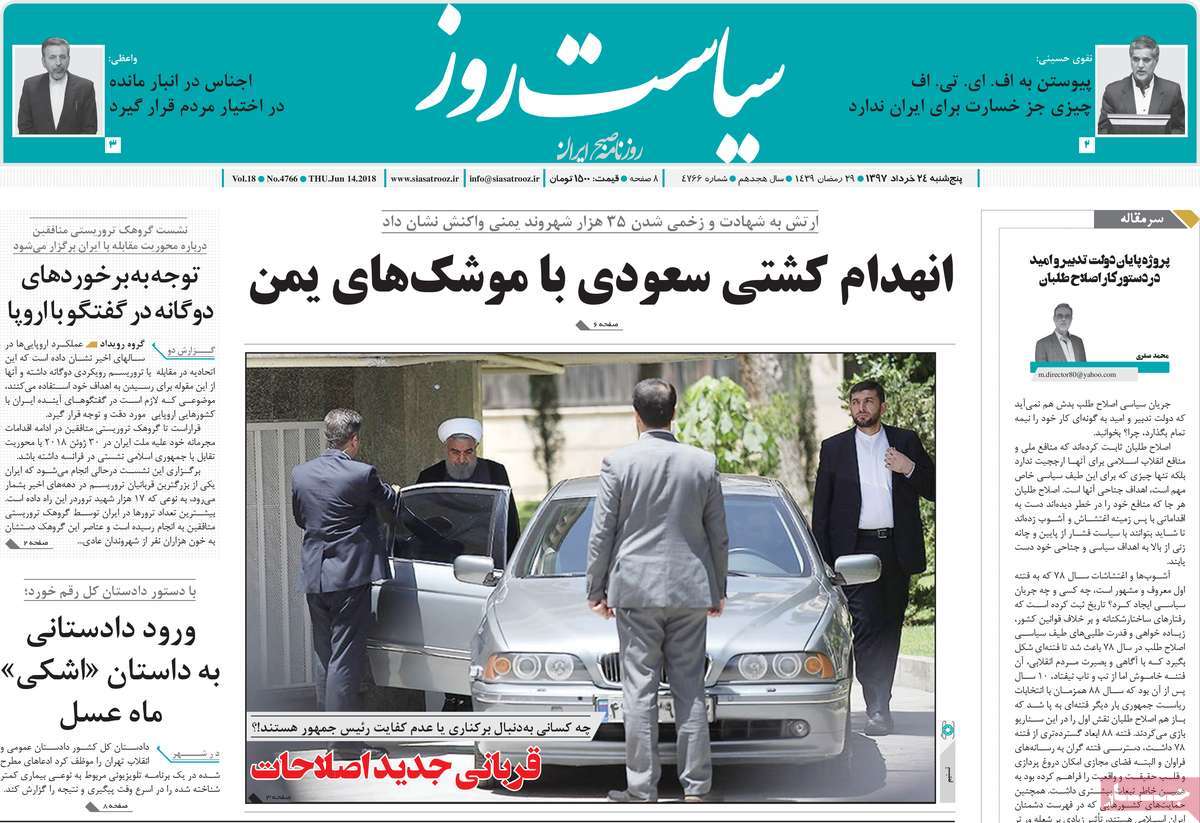 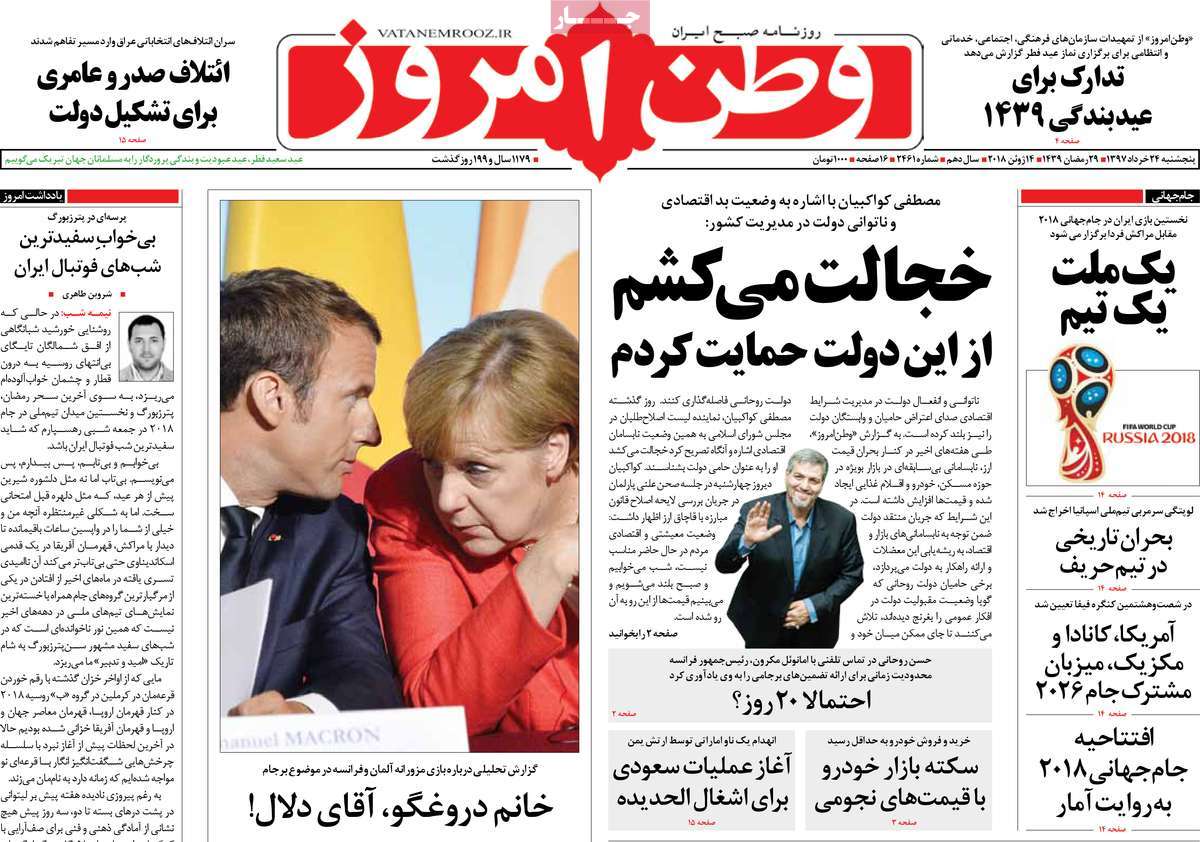