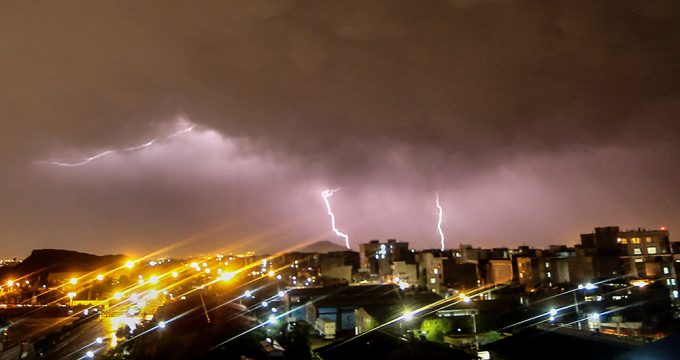 Tehran Emergency Services reported early Tuesday that strong winds blowing at a speed of 83 kilometers per hour injured 18 people across the Tehran Province Monday night of whom five were transported to hospital and the rest were treated as outpatients and released.

They were injured as a result of fallen trees and power pylons or breaking of construction scaffolding and decorative stones of building facades.

The storm coupled with heavy rainfall, thunder and lightening engulfed most parts of the capital city particularly southern, central and eastern districts.

There is no official report on the exact amount of losses as a result of the storm.

Meanwhile, lightning struck and set fire to a vast parts of agricultural lands under wheat and barley cultivation in Varamin, southeast of Tehran Monday.