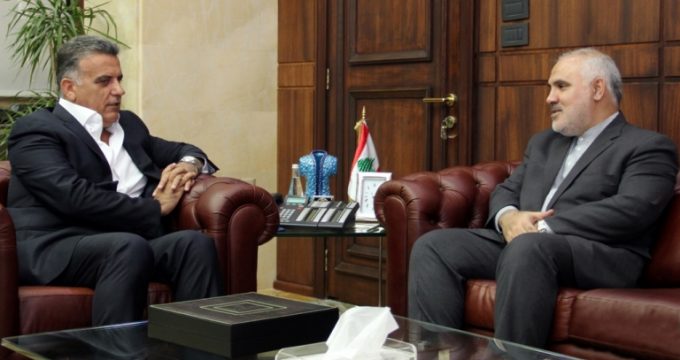 Fathali, who is ending his tenure in Lebanon, met Abbas Ibrahim in his office and discussed bilateral and regional issues.

The ambassador said that recently safe parliamentary election in Lebanon and fight against Takfiri terrorist groups were evident from Lebanon security system success in recent years.

He praised efforts of Fathali during his mission in Lebanon to deepen bilateral ties between the two countries and wished him success for his next post.